THE BIGGEST PHOTO DEAL OF THE YEAR!
Spend $157, Get Over $5,000 in Photography Products Now
View Details
Home Topics BTS

On Photoshopping Bread and Paying Bills

There's something that isn't really talked about among the freelance photographers that I know, or at least not something that I hear about often. It's a small truth that nags at us all the time until we really, really get to where we want to be in our career, and sometimes even after that. And sometimes it involves bread.

I've been doing photography full time for the past seven years or so. In 2010, I graduated from college with a degree in biology and anthropology, but I knew that I wanted to be doing photography full time. So I did, and taught myself how to do it. I started doing portraits, weddings, and was even sent on a couple of international commercial gigs. Eventually I had enough commercial work that I stopped doing weddings, and now I'm at the point where I can comfortably turn down work and do a fair amount for free just because I want to. It's a good feeling. I'm making it.

But, even at this point, there's still the ever-present freelancer nagging feeling: the feeling of "what if?" What if I don't get to where I want to be in my career in the next five years? Ten? Thirty? What if the jobs stop coming in and I can't make a living at this any more? What if I never get to shoot what I really want to shoot? What if iPhoneography or Snapchat takes over the industry and I just can't stomach it?

So, sometimes you have to keep yourself in check, keep yourself humble, and take jobs you'd rather not do... especially when they will pay the bills.

Such was the case when I got approached a few weeks ago by a multinational corporation to do some quick product photography. It wasn't anything exciting; shooting one or two images of about fifty different bread products on a white background to be used on some eCommerce sites wasn't exactly my idea of a creative day. Did I want to be shooting bread? Of course not! Was it exciting? Check out my face in the photo above. But I knew that it would be a chance to meet new people, to do something I don't normally do at a speed at which I don't normally do it, and it would definitely pay quite a few bills. So I said yes.

So, say yes to some gigs you might not always want to do, and it might lead to something else, and you'll pay some bills along the way. It's easy to get caught up in the mentality and freedom of being a freelancer. I'm self-employed, I'm my own boss, I enjoy freedoms with my work that many people don't get to experience. I'm fortunate. But, sometimes, I still take the jobs that I don't really want to take... because I should.

(I'd still take photographing bread over shooting weddings any day.)

Also: I had to spend over an hour photoshopping water spots off of rolls. Here is one image, sped up 20x. Thank god for the spot healing brush.

All behind-the-scenes images by my assistant Jared Sorrells. 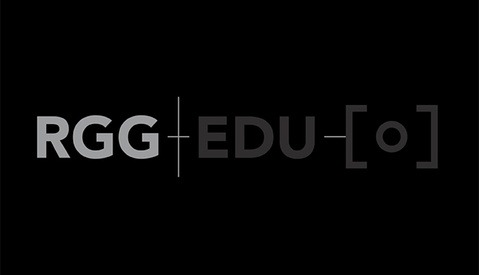 Mr Ironside: just for you -

Boring but good money, I'm sure! My question is how does one even land a gig like this?? I'm struggling with band/entertainer sessions and boudoir shoots with the occasional wedding. I'd love to get a phone call asking me to shoot bread or pasta or whatever!

No idea -- they came to me. I think they just searched for photographers in the area.

Or sometimes, JUST SOMETIMES, you take the bread shoots because you are a food photographer that specializes in food and drink photography and you love it with all your heart.

Amen to that! I happily shoot bread on the regular :). Although shooting bread in translucent packages definitely isn't as much fun...

Thankfully people will always need to eat, so there will always be plenty of bread to shoot (and make $$), and that's one of the many positives of shooting food for a living :).

Of course. Sometimes you do do that. And if you're a wedding photographer (I'm not), sometimes you shoot weddings because that's what you specialize in and you love it with all your heart.

As a commercial photographer where I live, there's not a whole lot of any one kind of commercial work that could sustain a photographer full-time. You probably can't do food photography as your ONLY type of work. Ditto for architectural or product. It's a jack-of-all-trades market here, so I have to be prepared to do as many types of work as I can to make ends meet, even if I don't really want to be shooting all of it. You do what you gotta do.

The photoshopping bit at the end was just for fun because it was ridiculous. :)

So in short, if you're ever offered a job shooting bread, take it and just think about the dough.