Tips for Managing Workflow on Location for Photo and Video Shoots

Storing and transferring data from a shoot is an important, yet often overlooked detail when it comes to on-location projects. When juggling multiple cameras, each with multiple cards, it becomes critically imperative to be 100 percent sure that all of your photos and videos are accounted for. In this video, Jay P. Morgan shares his workflow for wrangling data and making backups.

When tackling any sort of project that brings together different people, places, and gear, the easiest way ensure you've covered your butt is to take the time to download, check, and backup the media. Before you even put your first light stand or tripod on the ground, you should have a good idea of what your solution is for managing data. On a lot of jobs that I've been on, there is typically a PA or someone who's responsible for just that. They manage folders on a hard drive and check files on both masters and backups.

There are a number of software solutions that exist for creating backups, but in my opinion there's still nothing better than having a living, breathing person actually checking files as often as possible. This isn't mentioned in the video above, so I'd add to Morgan's tips that actually looking at a few of your media files is hugely important. Sometimes files are corrupt, or a setting was wrong and the operator didn't realize it. Find it before you leave and get it right! Morgan mentions in the video that he lost some files and had to fly back to Dallas for just two or three images that he absolutely needed, and had he managed his data properly, that would have been avoided. In a horror story of my own, I had shot nearly three days worth of behind-the-scenes content on a 10-day job in San Francisco, before I realized that audio hadn't been recording. Audio meters displayed on the LCD, but when viewing our downloads, we never stopped to double check that the audio was there. A failing Atomos Ninja was the culprit. So had I checked the audio on those files on the first day, it would have saved me from having to re-do several interviews. Live and learn!

[via The Slanted Lens] 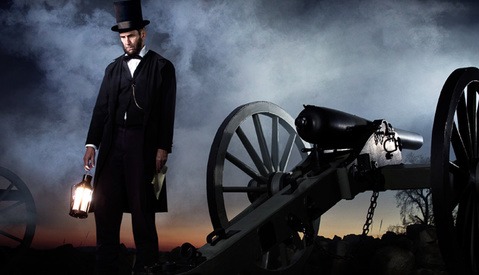 Education / March 8, 2016
Shooting at Sunset: How to Balance Ambient Light With Strobes 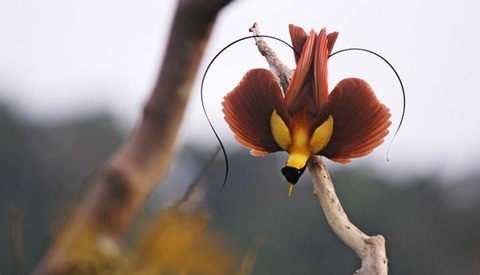 Videography / October 12, 2012
"Birds Of Paradise" Project Aims To Reveal Birds Unlike Anything You've Ever Seen
Log in or register to post comments
2 Comments

Kind of complicated. He's added so many extra steps. I guess if you have an assistant. Downloading a second time to the 2nd drive in worry of corrupt images/transfer issues? Just check the files/cards before using them again. Keeping the cards and one HD is plenty safe before getting back to the studio/office. Work on the travel HD on location/hotel, then transfer/finish on the desktop at your office and copy to a backup HD and or the cloud. If you need a second travel HD mirror the one you worked on when you sleep.

Some good tips for sure. When I DigiTech a shoot where we are downloading cards, I personally end up with 3 copies as well, but I do it in a little different, and I think faster, way. I have enough cards to get through the day and I format them all before we start shooting and don't format them again until after I have reviewed the files that night–so that's copy 1. When I download the cards I use offloading software that verifies the files with a checksum, so that I know that the files weren't corrupted in the transfer–copy 2. Then I use backup software to back that up to an external drive, and when we're on location and moving a lot, I try to exclusively use solid state drives so that they don't get damaged while we're moving–that's copy 3. I use that same backup software to sync the job folder with any client drives or photographer drives that need to be created and delivered at the end of the day.

To summarize: still 3 copies, checksum offloader instead of two separate downloads to verify non-corrupted files, speed improvements because the internal drive on your computer is probably faster than whatever external drive you're using.