Why Networking Is A Photographer's Best Friend

A little handshake can go a long way.

I am an introvert.

Maybe not to the point of a Big Foot level of social avoidance, but if there were a world in which I could make all of my dreams come true without ever leaving the house or the comfort of my sweatpants and matching bunny slippers, I’d be there in a minute. Okay, just kidding. I don’t have bunny slippers. They’re more like giraffes.

It’s not that I don’t like people. Quite the opposite, actually. I find people to be fascinating. So much so that I chose to make my living creating images of them. It’s not that I can’t carry on a conversation. Being able to communicate with a subject and draw them out is the single most important skill a people photographer has to have, well beyond lighting competency or any particular framing device.

In fact, unbeknownst to me, on set my demeanor apparently takes on something of a Jekyl and Hyde transformation. This was brought amusingly to my attention after a recent week long shoot for book project I have coming out this year. Sitting down to a post project dinner with the cast and crew, the art director joked with no small trace of sarcasm that “it’s a good thing we are all introverts here.” The implication being that among the table full of large perpetual extroverts, I apparently fit right in.

So it appears as though the person I am on set is a much different guy than the one whose idea of a great Friday night can be described simply as “quiet.” It makes sense. My art is my passion and thus the recipient of the full extent of my mental and emotional resources. But away from set? Well, even my closest friends may struggle to remember the last time I was the life of the party.

Or, for that matter, even at the party.

I bring this up not to extole my own lack of social dominance, but rather to highlight why sometimes, making a career from one’s art requires as much work away from the camera as with lens in hand. 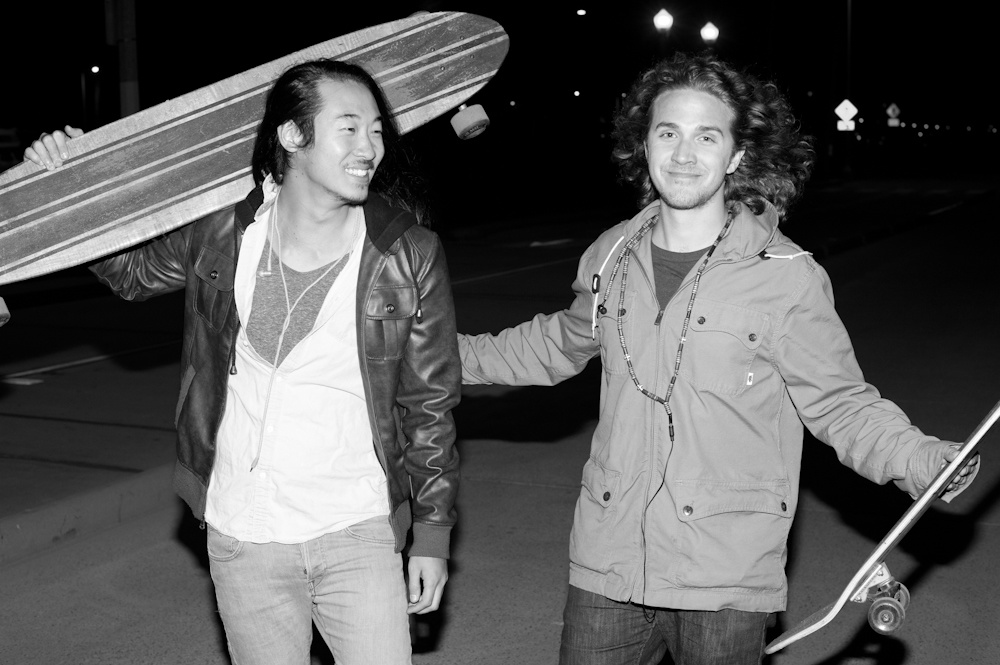 It's not what you know, but who you know.

I have absolutely no idea who was the first to say that, but, boy oh boy, were they right. While falling firmly into the “sad but true” category, it is possible that no truer phrase has ever been spoken. As kids we are raised to believe that if you work hard, get good grades, get into the right schools, study the right majors, that success will be the result. Parenting 101.

Then, as adults, we are often confronted by the harsh reality of seeing those with a relatively smaller skill set or decidedly less qualifications sail past us on the career ladder. Leaving us with no recourse other than to wonder why. Do they possess hidden talents that you may not be able to see, but that qualify them for the job? Is there something you’re missing? Are you perhaps not as good as you think you are?

All of those questions could have potentially complicated answers. And just like you are unlikely to obtain the perfect six-pack by complaining that someone else already has one, it will do you no good as a photographer, or human being, to spend your days and nights comparing yourself to someone else’s success.

Instead, as in the case of the elusive six-pack abs, the only viable option is to get to work. 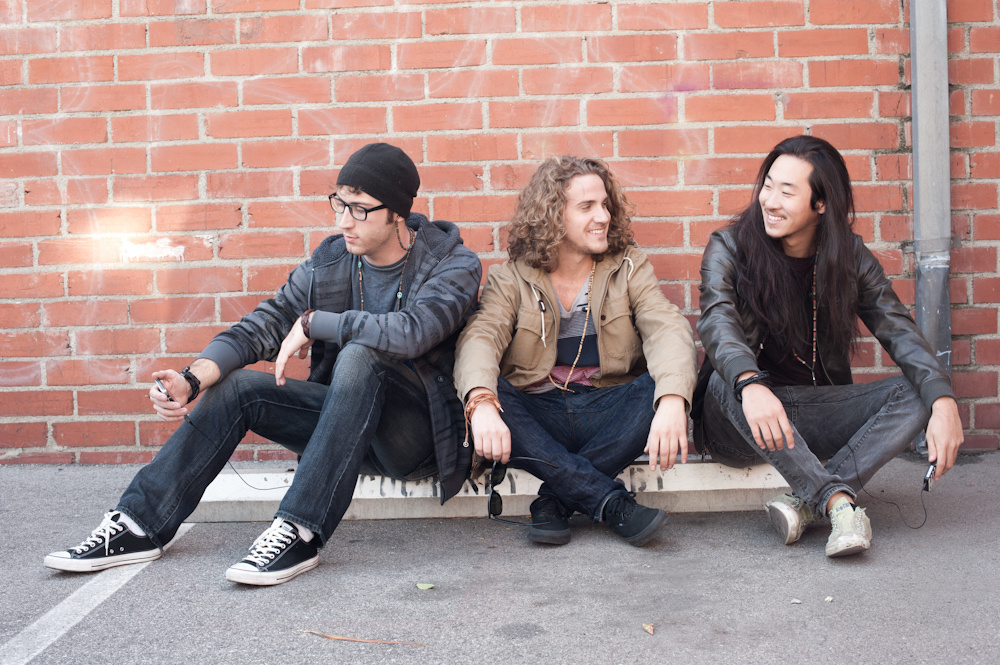 So, how do you overcome an unfair playing field where your connections, or lack thereof, can be valued more than your abilities?

Well, you’ll just have to make more connections. And as hard as this is for someone like me for whom leaving the house always seems like the lesser option, the truth is that forcing myself to go outside of my comfort zone is absolutely crucial to my career. Unless you live in the lobby of a highrise, it’s unlikely you will bump into many models, stylists, editors, designers, or anyone else that could potentially hire you sitting on your couch.

You may not like the music at the party, but that same art buyer that you’ve been sending promo pieces to for the last three years, the one you met at the portfolio review a few months ago, they do. And now is your my chance to meet them on a personal level.

No, not on social media. No "likes" or emojis. Actual handshakes. People hire people. Not portfolios. So, this is your chance to make an important impression.

You ever hear the story about the big name photographer who got her break because she bumped into some dude at a party who just happened to turn out to be the head of a large company? Well, how do you expect that to be you if you’re not at the party in the first place? Or at the barbeque, the lecture, the art opening, or whatever else is happening in your town that you can attend.

Nothing happening in your town? Get on a plane. No money for a plane ticket? Get on a bus? If you want to get ahead in the world, you have to hustle. The same energy and dedication you put into mastering the inverse square law, you need to bring to mastering small talk and your elevator pitch.

Even for people like me who find the prospect of mingling among a room full of strangers as daunting as ascending Mount Everest.

Even for people like me who find socializing difficult and would much rather spend our nights in a darkened room watching Casablanca for the twenty third time rather than having to engage in conversation about which reality TV star is the most annoying.

The truth is that, if you want to be the beneficiary of good luck, you have to put yourself in a place where you can get lucky. You have to open yourself up to the world and allow good fortune to find you. And even if you, as did I this past weekend, accidentally find yourself at a super hip night club instead of the quiet networking event you were expecting, sometimes you gotta just lace up your shoes and dance.

But first, you have to get off the couch.

Awesome article, sometime i don't like to leave the house. And I know that doesn't help my business. Will make a better effort. THANKS

Went to my first fashion show in Denver this past weekend, and even being an extreme introvert, just being there helped, met several models, ended up hanging out with a stylist I met briefly before but now actually want to hang out with because of us banding together not knowing anyone. Met another photographer whose work is really awesome, and because I took pictures and blogged about it got some eyes on my stuff that I would have killed for. I'm not a social butterfly and I can't start up a convo with a stranger but just being there helped now if I could just go up to randoms and say hey I'm a photographer who are you lol.

Sometimes just being there gives you the leg up on the competition :-)

Joining Toastmasters helps. I am also an introvert, Myers-Briggs: INTP.

Beautifully said. If there is anything I can offer that will help anyone to be less of an introvert is this book. Changed how I viewed everything on how humans function. Tone of voice, body language, etc. Best $25 Ive ever spent in my entire life. 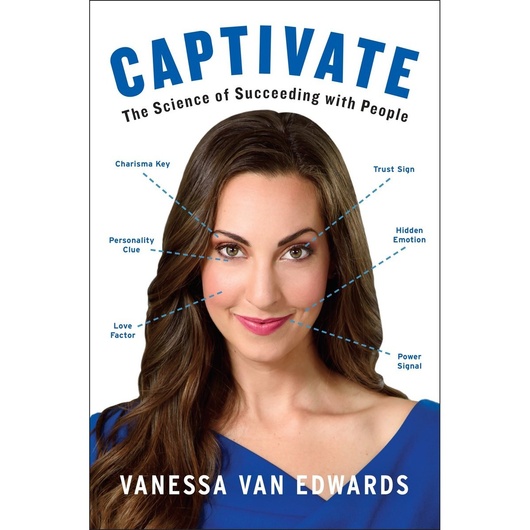