Winner of the Flashlight Photo Challenge

At the beginning of October, I challenged photographers to make amazing photographs using only a flashlight, and the winning image is a testament to the creativity of the Fstoppers community.

To be fair, it's hard to compete against a guy like Felix Hernandez, who is a photographer, graphic designer, and digital artist working out of Cancun, Mexico. Not only does he know his way around a camera, but he builds incredibly detailed miniature sets, then lights and photographs them to look like they were life-sized, paying attention to the very smallest details. His patience and creativity result in one-of-a-kind images with the provenance of being lovingly hand-crafted.

Hernandez's work stood out among all the other Flashlight Photo Challenge submissions, not only for the final image, which exudes moody class and a 1930s vibe, but for the attention to detail and creativity in using the flashlight to light the image multiple ways.

Hernandez knew he wanted to compete in the flashlight challenge, because he wanted to show that expensive light setups aren't a requirement for producing great photographs. He regularly uses flashlights in his work, sometimes mixing them with strobes, and likes that using a flashlight while photographing miniatures makes practical sense. "It gives you a lot of control because you can put the light exactly where you want it," he said, mentioning that the small, hard light also produces a lot of texture, which is a key for realism.

When Hernandez wants to produce softer light with the flashlight, he might bounce the light off a reflector, shine it through a diffuser, or place an object between the flashlight and the subject. 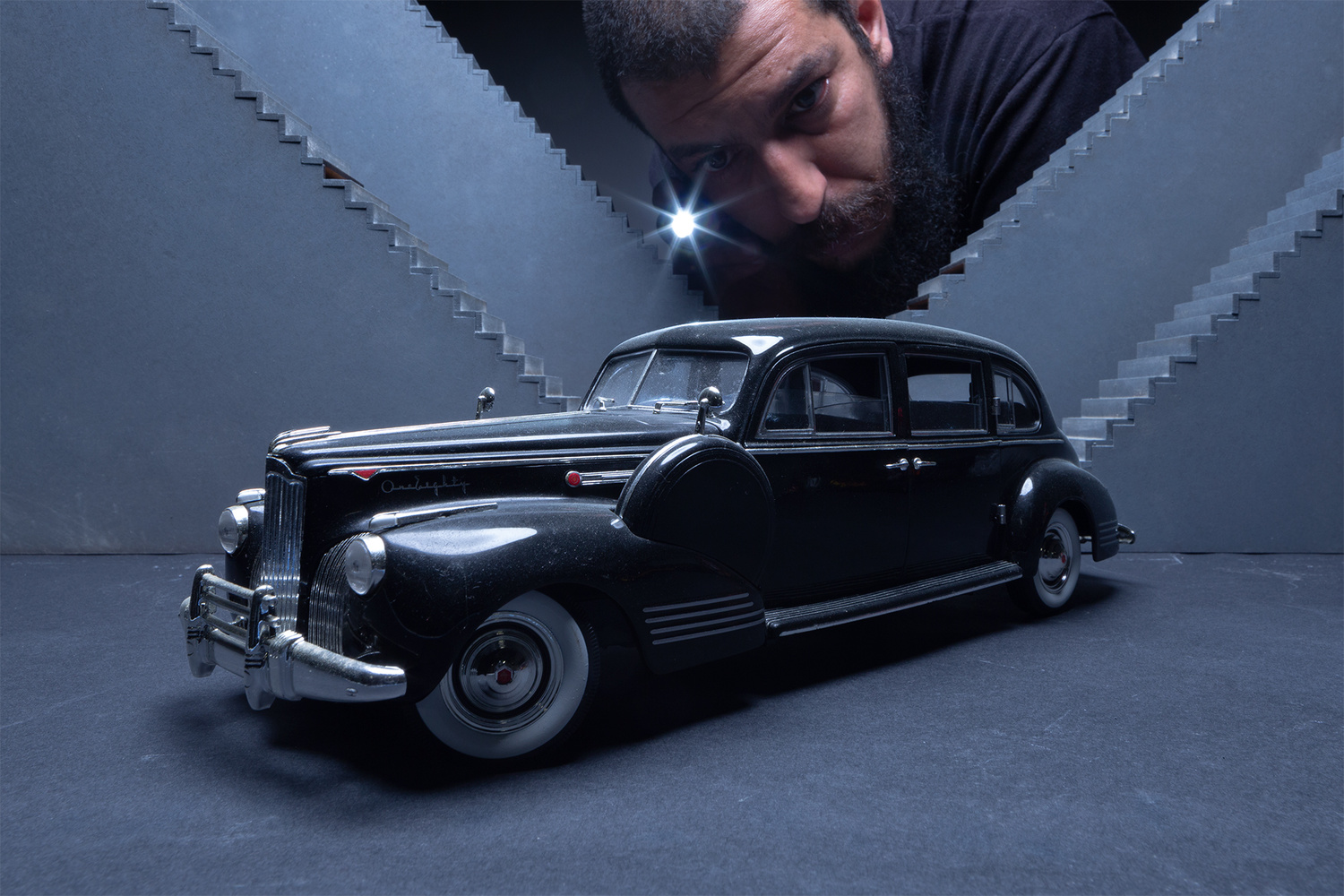 Behind the scenes with Felix Hernandez

For the winning photograph, Hernandez used a mixture of light-painting techniques, from pointing the flashlight directly at the scene, to reflecting off the cover of a beauty dish, to covering the flashlight with one finger and painting in magenta clouds to look like a sunset. The photograph was created entirely in camera in almost complete darkness, with an exposure of 90 seconds. Hernandez said that he uses time to control the exposure. "If I want more light in one area," he said, "I just light it up for more seconds in a particular place and so on."

Here is a great behind the scenes video Hernandez produced to show exactly how the image was made.

The resulting image, the Flashlight Photo Challenge winner, should be a great example to all photographers that a beautiful photograph can be created with any light source as long as the photographer possesses ingenuity, creativity, and the requisite knowledge to give them the ability to manipulate light. 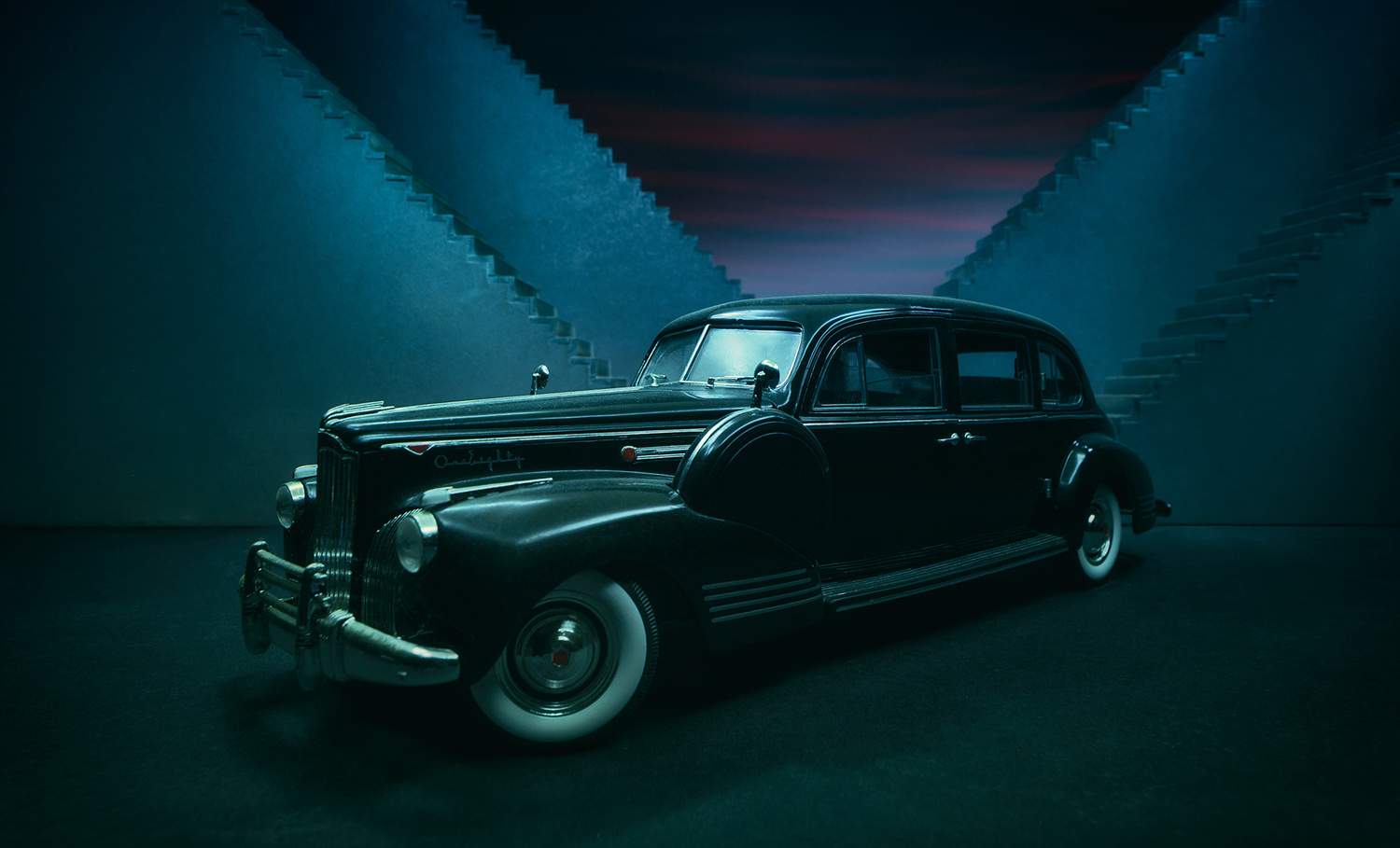 Though Hernandez had a clear winner, there were a couple of photographs that had to have honorable mentions, both for creativity and for the lovely light quality. 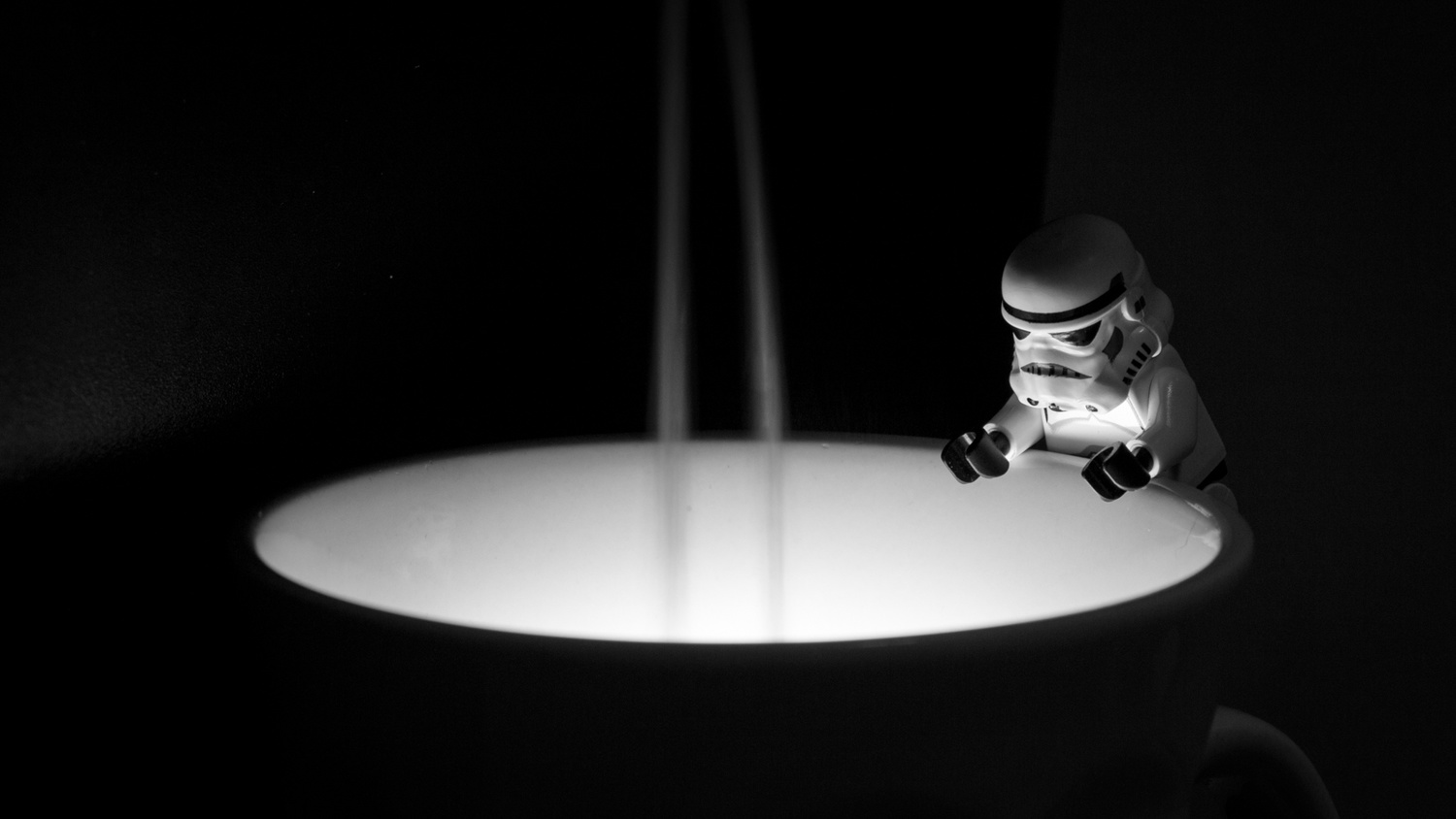 The idea behind this was actually spur of the moment when I was making coffee one morning. I was sitting and waiting, I got close to the cup, taking a whiff of the smell. I imagined being very small, peering over it like a child who's barely tall enough to see over a table. I knew I had some Legos sitting in a box somewhere. I found the box, and it was actually all Star Wars sets. I sifted through the box and a stormtrooper stood out. I wrapped a small LED light in plastic and put it in the cup. 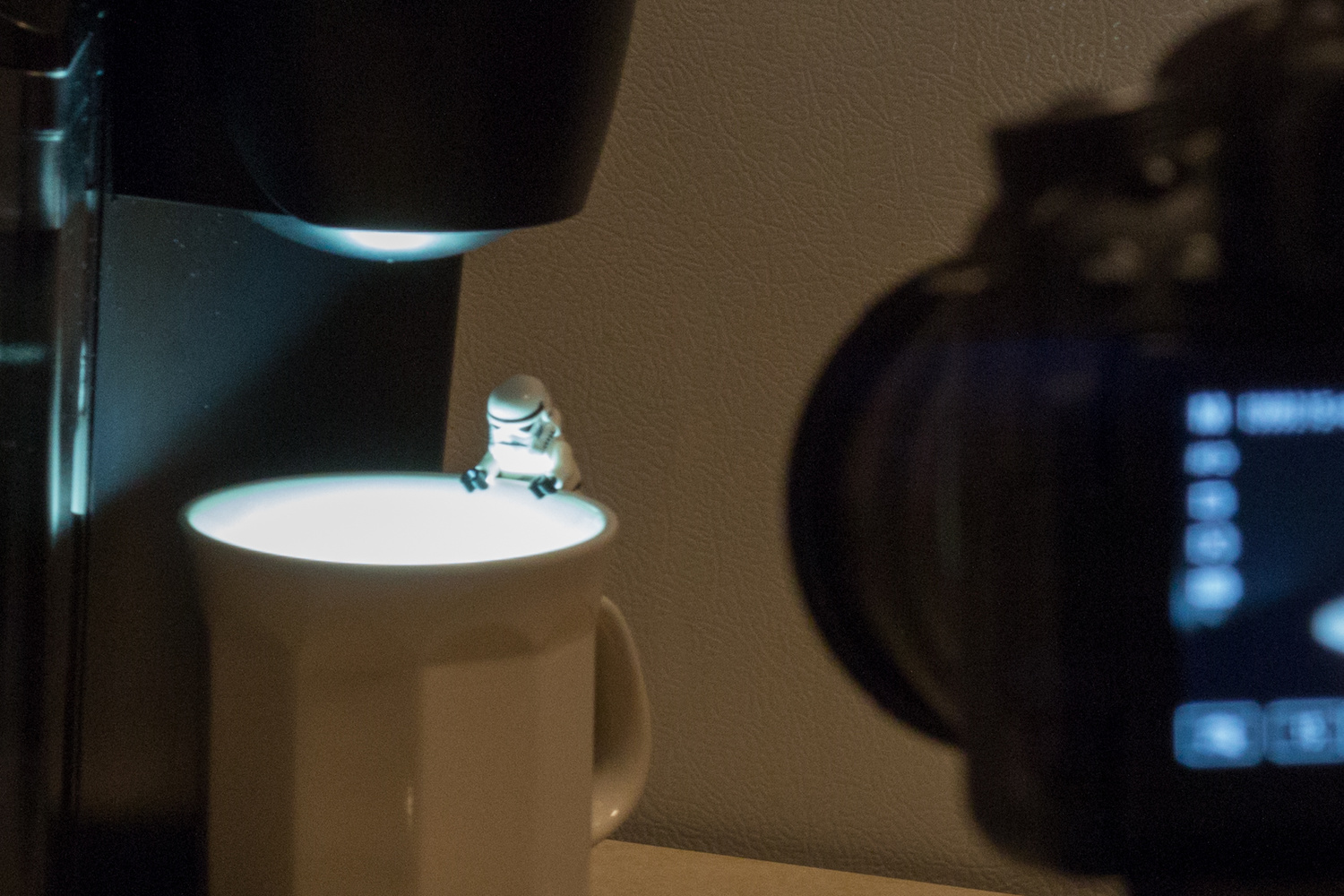 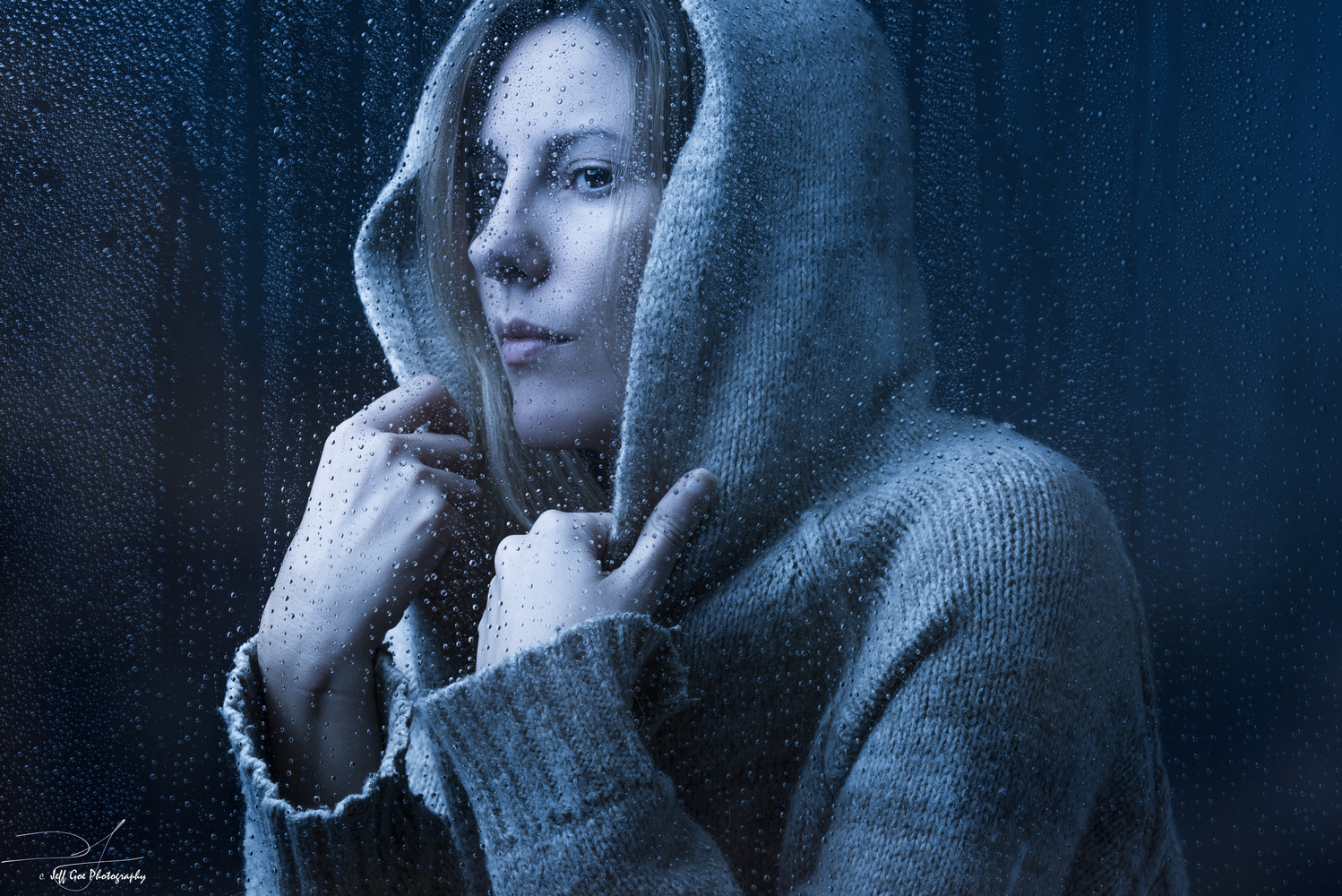 This particular picture was created with a 4x4 sheet of plexiglass, which sat on a cheap foldable table and was held up with two light stands. The plexiglass was clamped to the light stand, which I sat on the table. I used another light stand to hold a 3x4 pop-up reflector using the see-through white screen. Another tripod was used to hold the flashlight and shoot through the reflector. The water droplet effect was created by spraying water on the plexi, opposite side of my model, who was my beautiful wife, Jaime. 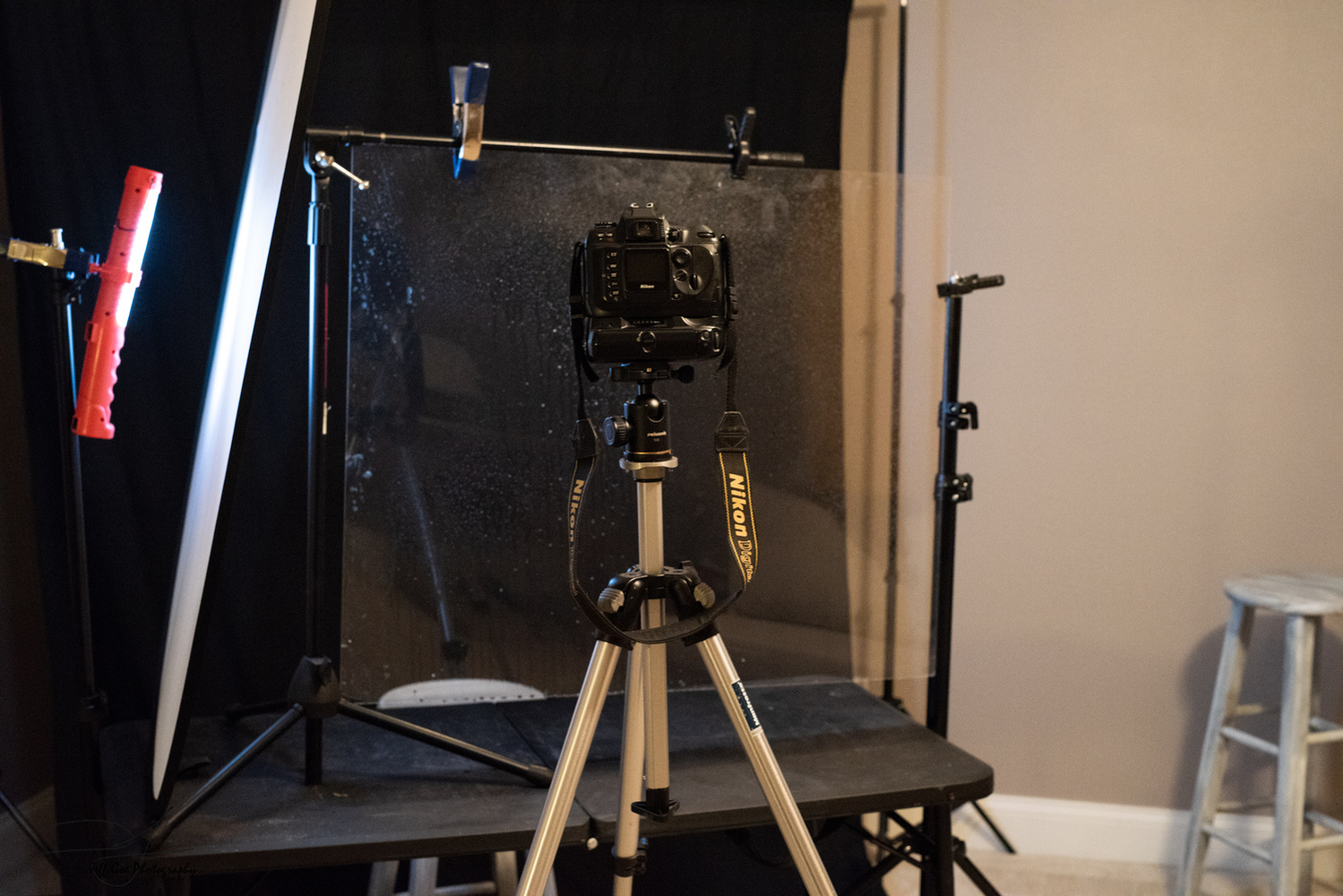 My hope is that the Flashlight Photo Challenge proves to photographers that all that is required to light an image in a compelling way is an understanding of how light behaves, the ability to manipulate it, and the creativity to think outside the box.

Thanks to everyone who took a chance and created photographs with nothing but a flashlight and the power of their imaginations.

Interview / April 16, 2018
The Toy That Changed a Photographer's Life

Wow. That model car photo is insane. It's even more insane knowing that he did it all in camera. Holy crap. The other photos are very nice, too. But damn. That's skill.

Absolutely, though I'd also argue the rainy day one is just as impressive. I am blown away by these submissions. The photogs did an amazing job.

The clouds. THE CLOUDS. Amazing. Well deserved, Felix Hernandez . And, well done to the other contestants. Some great submissions.

These are so cool!!!

A wonderful idea with exceptional results!

Thanks Fstoppers, I did not expect to win, but learned a lot from the winner, my best to the winner.

Jeesh, that was cool.