A week and a half ago we asked the community to submit their best environmental portraits to be critiqued by Lee and Patrick. We got some awesome submissions and one lucky entrant won a free Fstoppers tutorial.

Many of the submissions that we're sent to us fit the description of a portrait rather than environmental portrait, which should depict a person in an environment that helps identify a characteristic of their life. In many of the images that were chosen, Lee and Patrick narrowed down the qualifications even further to images that felt a little more editorial rather than just featuring an environment. Check out their thoughts below and let us know in the comments below if you agree with their ratings.

In every episode of Critique the Community, we are giving away one free Fstoppers tutorial to a randomly chosen submission. This weeks prize goes to Patrick Cavan Brown. Congratulations, we will be in touch with a message to your Fstoppers profile. HELL YEAH patrick cavan brown!!! Psyched for you man. Hope to see you around soon!

Greetings.
The Fog: I have a pest fogger: a propane powered fogger that you are supposed to fill with insecticide, but I fill with mineral oil instead. Works great outside... not recommended inside or in dry outside conditions (open flame). I would zigzag through the woods holding the fogger in between shots.

The Light: (see diagram below) One beautydish with a 1/4 CTO gel hidden behind the tree as a key. Camera left and right are speedlights with 1/4 - 1/2 CTB gels. Behind the subject and way back in the woods is a big 1600 (probably not turned all the way up) with a 1/2 CTB gel.

I shot at dusk to minimize ambient light but still keep the sky from going black.

The Subject: Brad Thor. He is a best-selling thriller writer (war and spies and such). I was commissioned by Politico to shoot him for the 50 Most something of 2017. My idea was "Mystery Author Out Searching for Inspiration".

I shot a pretty terrible and slipshod test shot of myself the night before in order to have something to show Brad (see below). I figured that since it's not a typical environmental portrait I would have to talk him into it, Indeed, he said no. He and his team thought it was "off brand". But as a fan of Bad Thor's (many many hours of book-on-tape during cross-country treks) I felt differently. It took some doing, with a photograph's passion, but I talked him into it. After the shoot he said it was the best portrait experience he's ever had, so yay! High five to Brad Thor. He was freakin' fantastic.

If I had video from the shoot I would deny it exists; I was running around like a mad man in those woods, as it was a one-man show staring me... it usually is. Sweaty and embarrassing, but it's the shot that counts. All in camera, no photoshop besides basic adjustments. 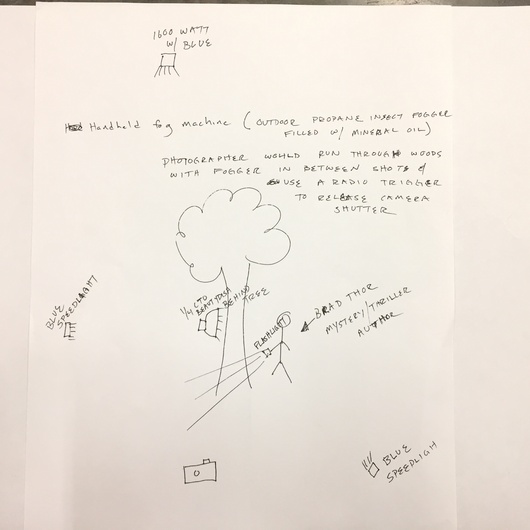 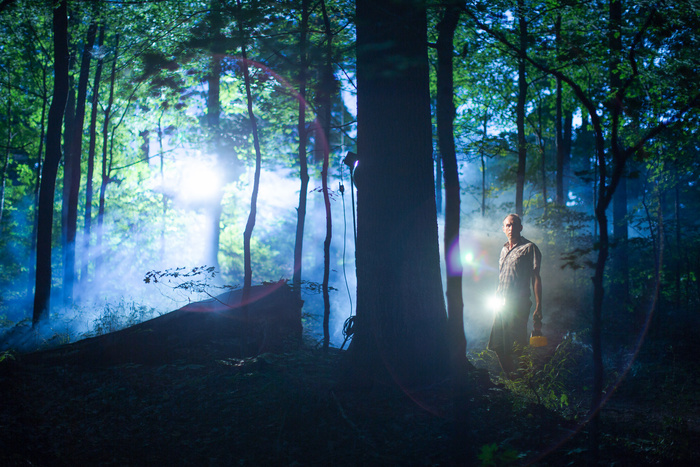 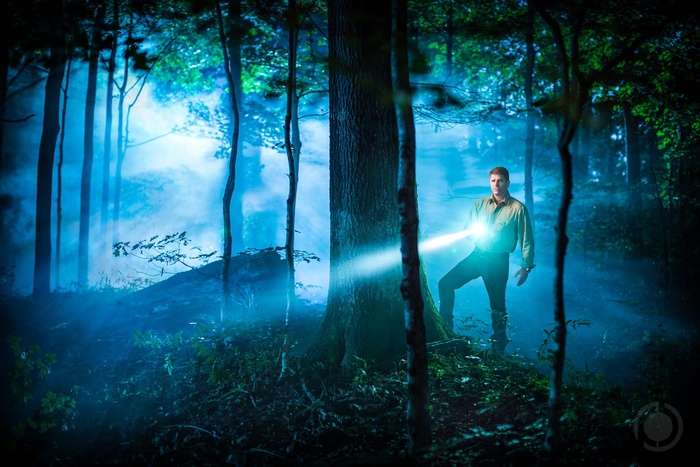 Lee Morris: "and remember, go ahead and rate all the other entries, it'll be so much more interesting if we can kind of see if we're all on the same page or if Patrick and I are full of shit and we don't deserve to be critiquing any of these at all"

Of course you're full of shit but please don't stop making these, it's my favorite part of youtube

After the next critique we will have a new “contest” system for entering the critique where it’s super easy and fast to rate every submission. We tried for this last one but there were glitches so we had to postpone.

Then we will see how full of shit I truly am.

By glitches you mean it would give rating 3 stars apart from yours? Ok, sure, tweak it a little more to be a heartless, brutal, cruel machine bringing only suffering and pain.

Lee Morris Do you mean only the best (highly rated by the community) shots will make it to the video? I would maintain a balanced mix good shots/bad shots

We will continue to maintain a balance of image quality.

I'm convinced that Patrick and Lee are the inspiration for the Penny Arcade cartoon... 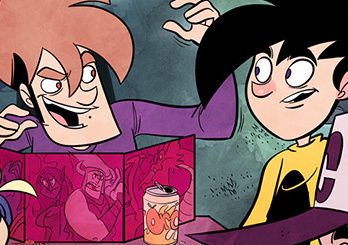