Episode 27 of Critique the Community took one of the most popular genres here on Fstoppers and added a twist. We asked the community to submit any landscape or cityscape shot taken above 50mm. Creating a compelling landscape photo with a telephoto lens can be a challenge but Lee picked out some incredible submissions and even gave out a few 5 star ratings. From the submissions, we chose one entrant to win a free Fstoppers original tutorial. Congratulations to Cris Magsino on being chosen! We'll be in touch with you via your Fstoppers profile to claim your prize.

If you'd like to participate in future episodes of Critique the Community, we invite you to join our brand new platform for our next episode featuring Portraits. Although this is a broad category, we want to see your best work that fits that description. Not only will we be giving away a tutorial to a randomly selected entrant, we'll also be giving away an extra tutorial to the highest rated image of the submissions. Be sure to check out the new submission page, submit your image, and rate your fellow community members photos.

Thank you very much for the critique of my two images. Wonder what was the third image was that nearly made it. The barcode flight “2nd image critiqued” was shot at 57mm. Thanks guys 😃

Love the critiques! Thought it would be interesting to share my photo completely unedited (except for white balance change).

This moment happened so quickly that I really didn't get much time to do anything but point and shoot. I've included the unedited photo and a photo I took literally 1 minute and 5 seconds later to show how rapidly the light was changing. I wish I had shot bracketed but it was handheld @ 145mm. So in editing I made the decision to keep the clouds pretty blown out, which was certainly a choice.

Thanks for taking the time to do these guys, love to see what you have to say!

edit - For anyone who might ask. I actually didn't do much to this image outside of removing the orange snow guides and straightening the road. The majority of it was warming it up, adding contrast, and a could GND's in lightroom. 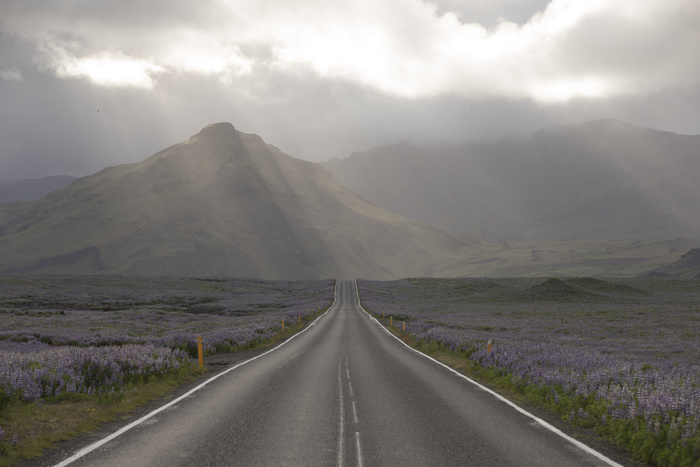 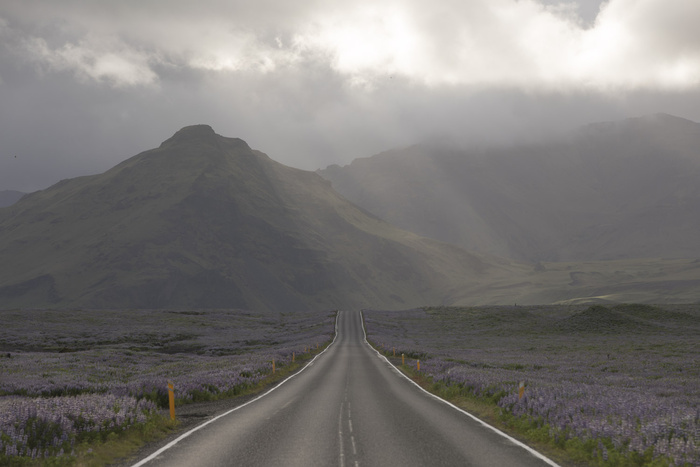 Wow, thanks for sharing the original. I guess the road really was like that huh? I'd love to see a slightly different edit to keep more detail in the sky and less of a dramatic transition between the foreground and the mountain.

Everyone has their own tastes! I hope the edit was still in the bounds of “tasteful” for you, but just not to your style.

I think we can all agree there’s a “line” for pushing your edit and making it look too pushed. Obviously I don’t ever want that to be the case.

Yeah. Basically that cascading light was happening in the distance and because the road elevated a little at the end, it caused the effect you were talking about.

My choice for the clouds is interesting. Typically I follow the rule of keeping data wherever possible. Actually speaking of. Typically I just do more editing period. I might go back and manipulate the light more to create a more dramatic effect in the sky. Could be fun!

Alex thanks for sharing, love the location and the photo :)

Thank you for the kind words!

That winning shot was done at 19 mm... Tilt shift lens.. Some amazing shots though and hopefully the person that submitted the hdr shot sends in some raws. That shot is amazing (minus the processing) and I'd love to mess around with it.

Haven't had the chance to watch the video yet, but I just want to say that Patrick's expression in the thumbnail is pretty solid. Gonna have to copy that.

Thanks for including my photo and thanks for the feedback guys!
Have a great day!

Nr. 9 seems to be a wide angle shot, doesn´t it? I mean, look at the distortion in the corners. Hmm.

Thank you for choosing my image :) This was taken from one of the buildings in Dubai Marina shooting towards Jumeirah Lake Towers. I was on the 74th floor and it was harsh sunlight. I had to underexpose abit and bring out the shadows to see the details in the buildings. I did some minor adjustments with the tones and that was it.

Once again, thank you for selecting my images. I'll be posting for the next one as well :) Portraits. 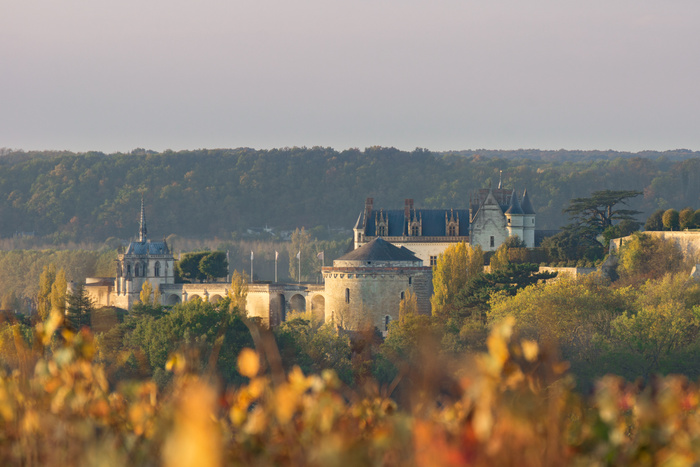 Regarding the last shot, I'm not the photographer, but the yellow halo that you see behind the mountains is light pollution coming from a town, definitely not a sunset. The shadows on the mountains are made by the moonlight. That shot was taken on the Italian Dolomites and sadly in Italy, we have a lot of light pollution that you don't have in the US.
Anyway Congrats to all the participants, really awesome work by everyone, but now I'm curious to see what were the other 2 pictures that are missing :)

Well analyzed. I took the picture. It is light coming from a town down in The Valley. ;)

#11 isn't straight, everything is leaning left.

Wow thank you so much Fstoppers for choosing my work. Im sorry for entering my photo which was shot using a 19mm tilt-shift lens. I joined without paying attention to the parameters. I just saw the cityscapes and landscape photos entered and hurriedly posted mine. I understand if I get disqualified. Hearing your objective critic is enough for me. My sincerest apologies again and congrats to everyone who where chosen.

All good mate.. great image and folio you got there

Thank you so much Jannick! Still doesn’t feel right for me to get the top prize ☹️

Hey you snuck it by even me so you won!

So sorry Lee Morris , will read the instructions next time 😅 thank you brother!

Uh nice to hear your feedback on my photo (n. 4). A few details for the curious/geeks:
- it's the Grand Prismatic Spring in Yellowstone NP
- shot at 600mm from a hill nearby
- the "fog" is actually steam from the hot spring
- the photo is almost as it was straight out of camera. I only applied lens correction and dialed in a bit of dehaze in Lr

I knew it! Great picture.

Are you in the SF area by chance? Flying there in a few days and want to try and shoot some of these rolling clouds but it’s hard to find information on looking out for it to occur.

I am in the SF Bay area. I captured this shot in December. Its a roll of the dice, but Nov, Dec, Jan the weather conditions are right for this to happen. The day I shot this, the fog hadn't rolled in yet, I arrived headed to battery spencer an iconic spot but the clouds started getting higher and higher. So I relocated up the hill which is where I captured this shot from.

Love the shot. Any recommendations for places to shoot? Obviously have the tree tunnel place on the list.

Kirby Cove, good for sunrise. a 20 minute walk from Fort Spencer. Rodeo Beach, once at the beach head to the far left side of the beach. Check tides before heading out there as a high tide is a no go. Marshall Beach, 20 minute hike down, also check with tides. Low tide is preferable but be sure to know when the tide comes up as you can be stuck. Sutro Baths is nice for sunset

Great!! I will look into these today! Thank you so much.