Urbex Photography Taken to the Next Level: On Top of Christ the Redeemer

When looking at urbex photographer's work, one can only wonder how they get in some places. Often these photographers will go to crazy locations just to get a single picture. Sometimes risking their life – or so it seems like – to get that adrenaline spike and a picture no one has ever captured before.

In a world where everything has been done and shot a million times, it is quite easy to understand their burning desire to get a unique picture. Something no one thought possible until proven otherwise. Just like I thought it would be impossible to take a photo from Rio Janeiro's Christ The Redeemer statue before seeing the following pictures. However, Vadim Makhorov and Vitaliy Raskalov, two Russians on holiday in South America last summer, proved me wrong.

What photographer never dreamt of taking a picture of and from one the (new) seven wonders of the world with absolutely no one around? Something most of us would believe impossible. To make this happen, Vadim and Vitaliy had to scout the location before hand during the day, and act at night. Looking at the video above, it seems like they did not have any trouble achieving their goal. Most likely (and unfortunately) because the police in Brazil have better things to do than secure the access to monuments. 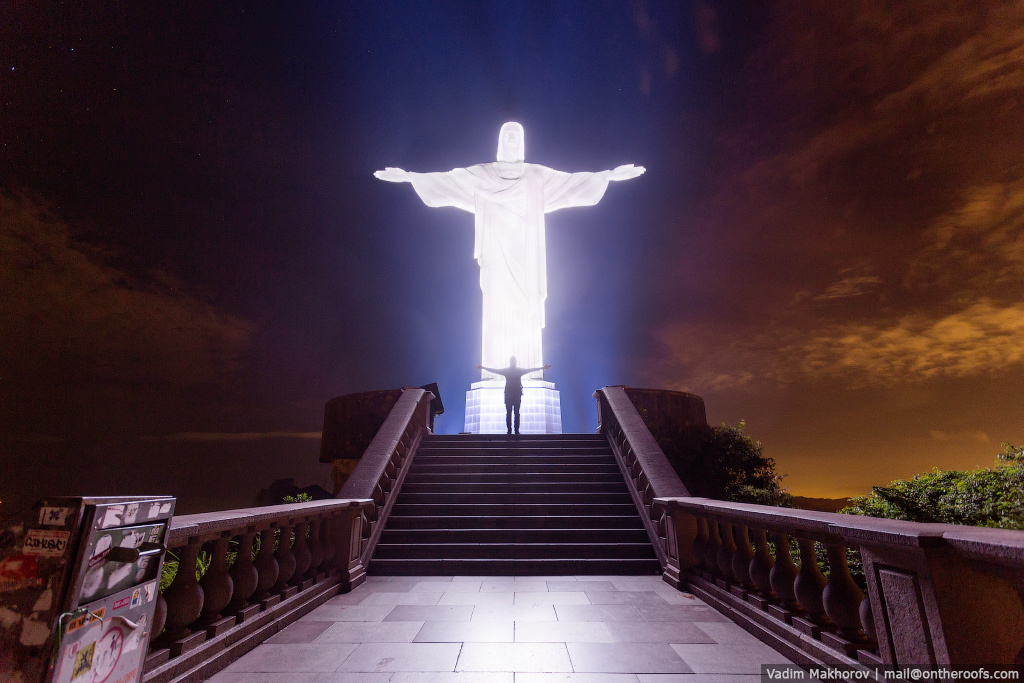 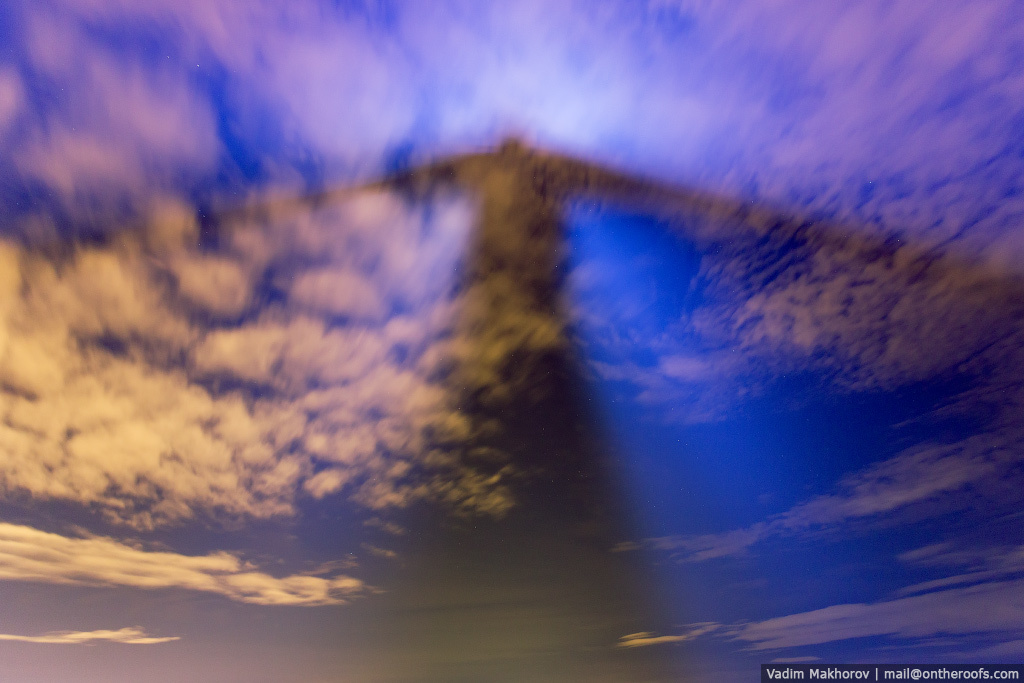 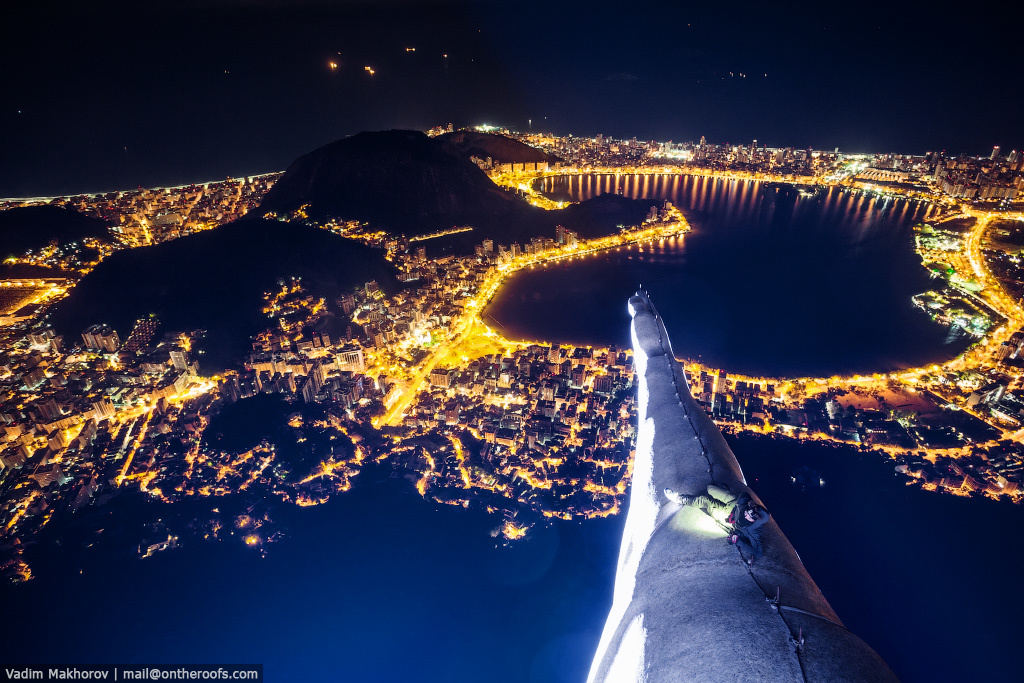 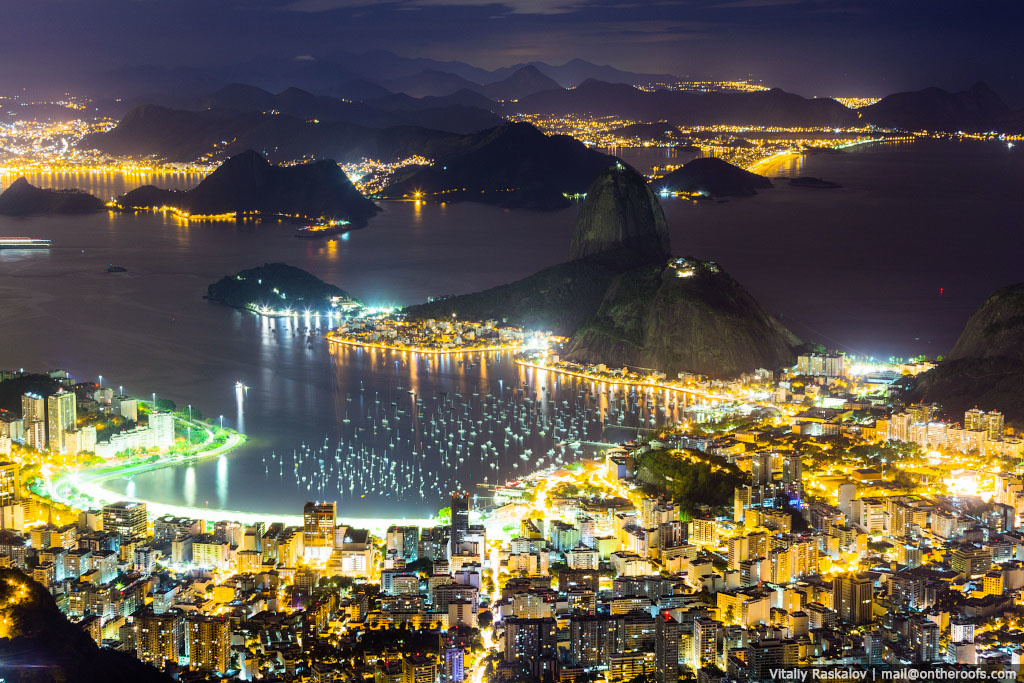 What do you guys think of this kind of photography? Is urbex something you do? Do you think people doing urbex are putting their life as well as others in danger? Was it disrespectful to access illegally this famous monument?

I was nervous just watching the video as they were on top of the monument. But I guess, the fact that they were covered up in the video proves that they know they are doing something wrong.

Are the photos above worth all of the risk? Not at all in my opinion. It must be difficult to take photos that high, but the best photo of that collection in my opinion is the one taken from the ground.

I have to say that its fascinating to see people explore, despite dangers. We used to day the same about 'extreme' sports. Its comparative. I personally think monuments like this shouldn't be conquered in this manner. Since it looks like a maintenance crew could easily get to this, use that advantage and make requests. It might take some time and the right connections, but thats part of the game.

On a photographic level the most impressive shots are not from the monument, but feature it in the image from angles easily achieved from the bottom (or other places). The night images on top of the statue make them bragging rights, not art (in the eye of the beholder). So with some deeper understanding of photographic techniques you could have achieved similar images w/o breaking the law (possibly, I'm not sure on the legal situation, but given the fact that they were wearing masks to hide their identity). Think long exposure to remove people from the scene, etc.

But that said I understand the thrill of it all, just wouldn't go about it the same way.

I don't think this is particularly new. I recall seeing an article some time ago about another photographer up on Christ the Redeemer during the day. He just went up with the maintenance crew IIRC.

Please forgive me but the author of this story , Quentin Décaillet, ."is a photographer and retoucher based in Switzerland specializing in creative beauty and wedding photography"; and therefore wouldn't appreciate nor understand the true meaning of URBEX. Vadim Makhorov and Vitaliy Raskalov have a channel on YouTube called "OnTheRoofs" and I would urge everyone to check it out. (Their free handed climb of the Shanghai Tower is incredible & has over 48 million views) Don't hate....appreciate!!