The Power of the Dehaze Tool

The Dehaze tool in Adobe Camera Raw and Adobe Lightroom is fantastic for landscape photography. Here are some examples of its use.

My New Year’s resolutions for 2019 was to spend more time doing some local landscape photography in Denmark and at the same time I have also grown very fond of woodland photography. In my latest video, I go to a local forest to photograph it during a foggy morning. Fog is amazing for creating very atmospheric photos and from a technical standpoint, it works great to separate the different layers of trees and reduce the chaos of the forest.

One of the spots I had previsualized for a great image is the one beneath with the silver birch on a background of pine trees. At the right time of day, you can have it backlit making it stand out from the background. I decided to include that location in the vlog as an example where the fog did not benefit the photo. The birch was too close to the background and there were too much fog between the camera and the birch. That resulted in a very flat image where you could hardly see anything.

Just for the fun of it I tried to use the Dehaze slider to see the effect. I have used the Dehaze slider in the past but not to this degree and the result were surprising to say the least! Underneath the fog, a very atmospheric photo was hiding. 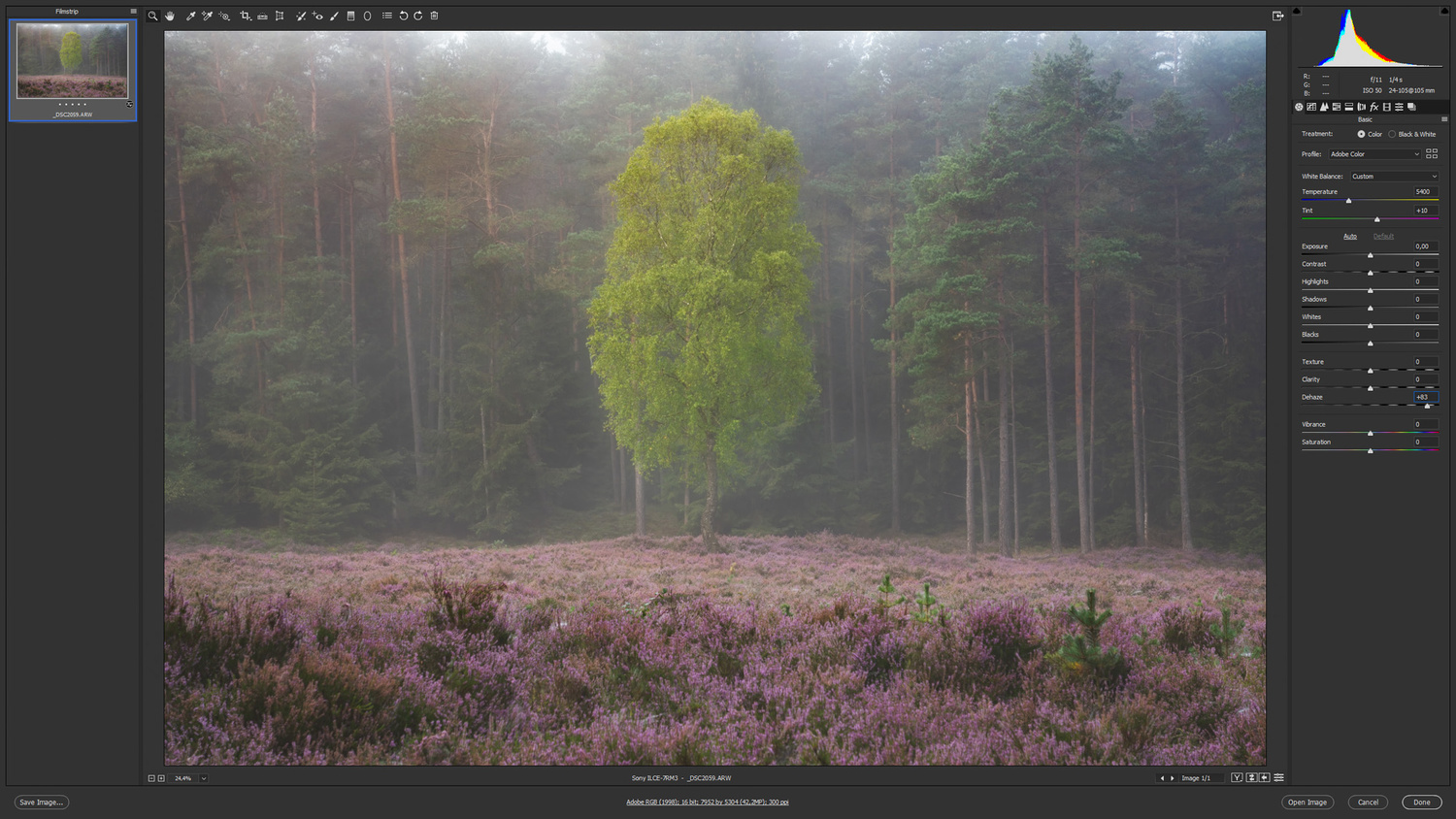 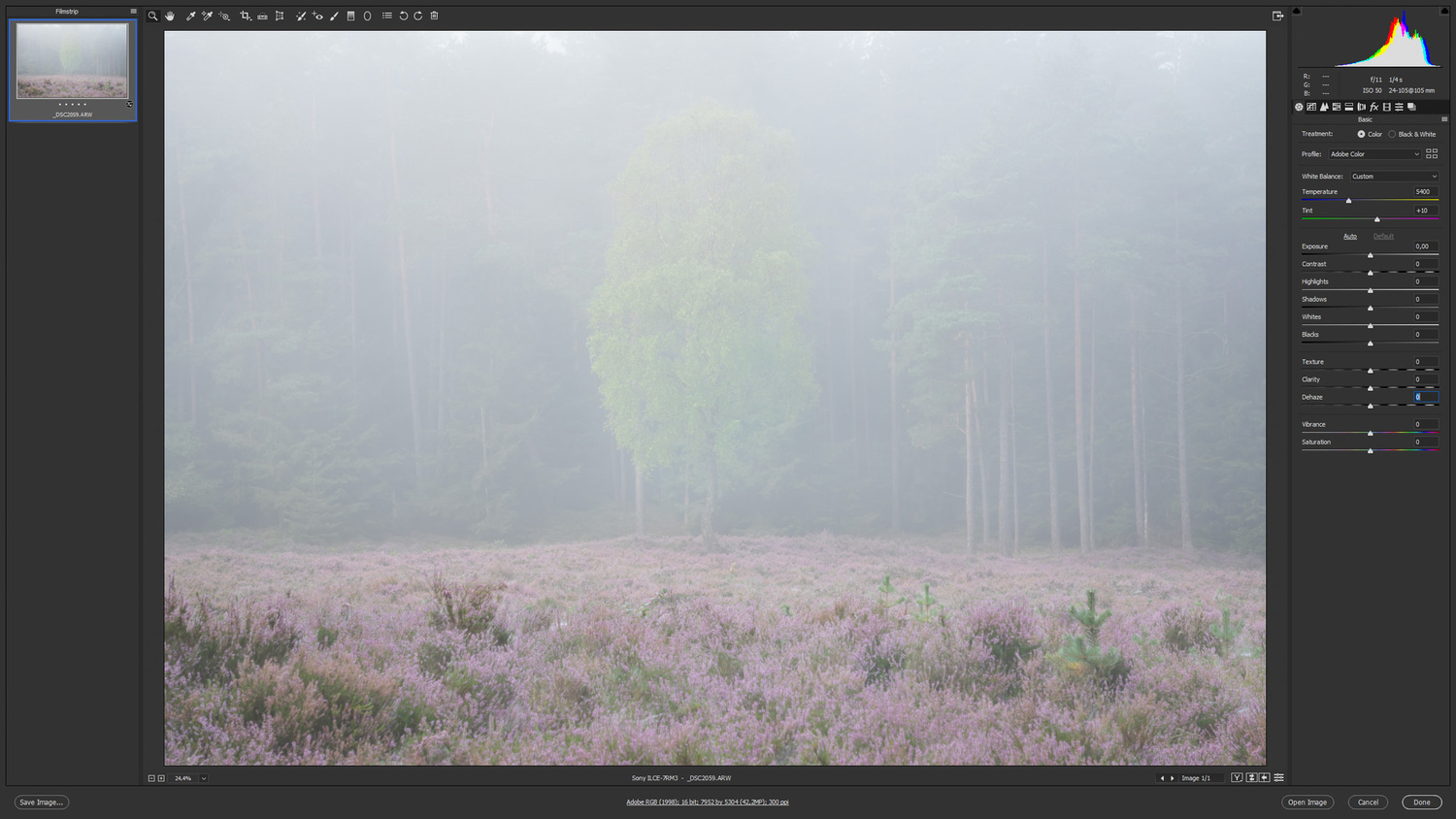 Even though I got a good amount of lovely photos that morning, this one turned out to be my favorite. I of course edited it a bit more and the final version is one of my favorite woodland photos. 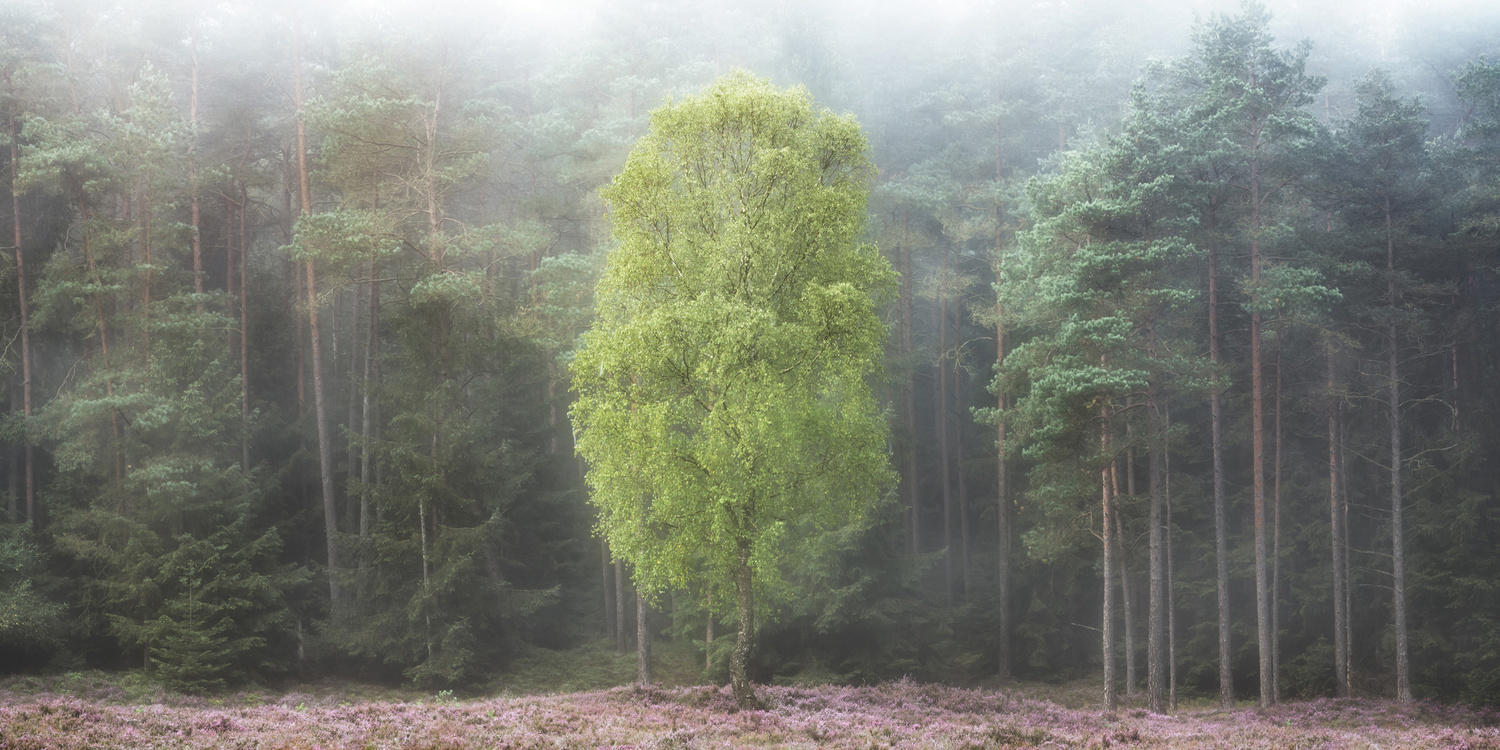 To me this was a great learning experience. By finding the right balance of the dehazing effect, I bring out the details of the scene but keep the atmosphere in there. We have the birch standing out from the misty background where the morning fog slowly floats through the pine trees. It almost looks like a painting.

Another way to use the Dehaze slider is to slide it towards left. By doing so you add a haze effect to the photo. This can be handy in different ways. Besides enhancing the hazy parts of your scene, you can use it to separate the foreground from the background. In the below photo I did just that.

On a day with some mild showers, we were photographing the Jökulsárgljúfur canyon in northeastern Iceland. As the showers approaches us, they helped to separate the foreground from the background. In the below before/after photo you can see an example with and without a shower. 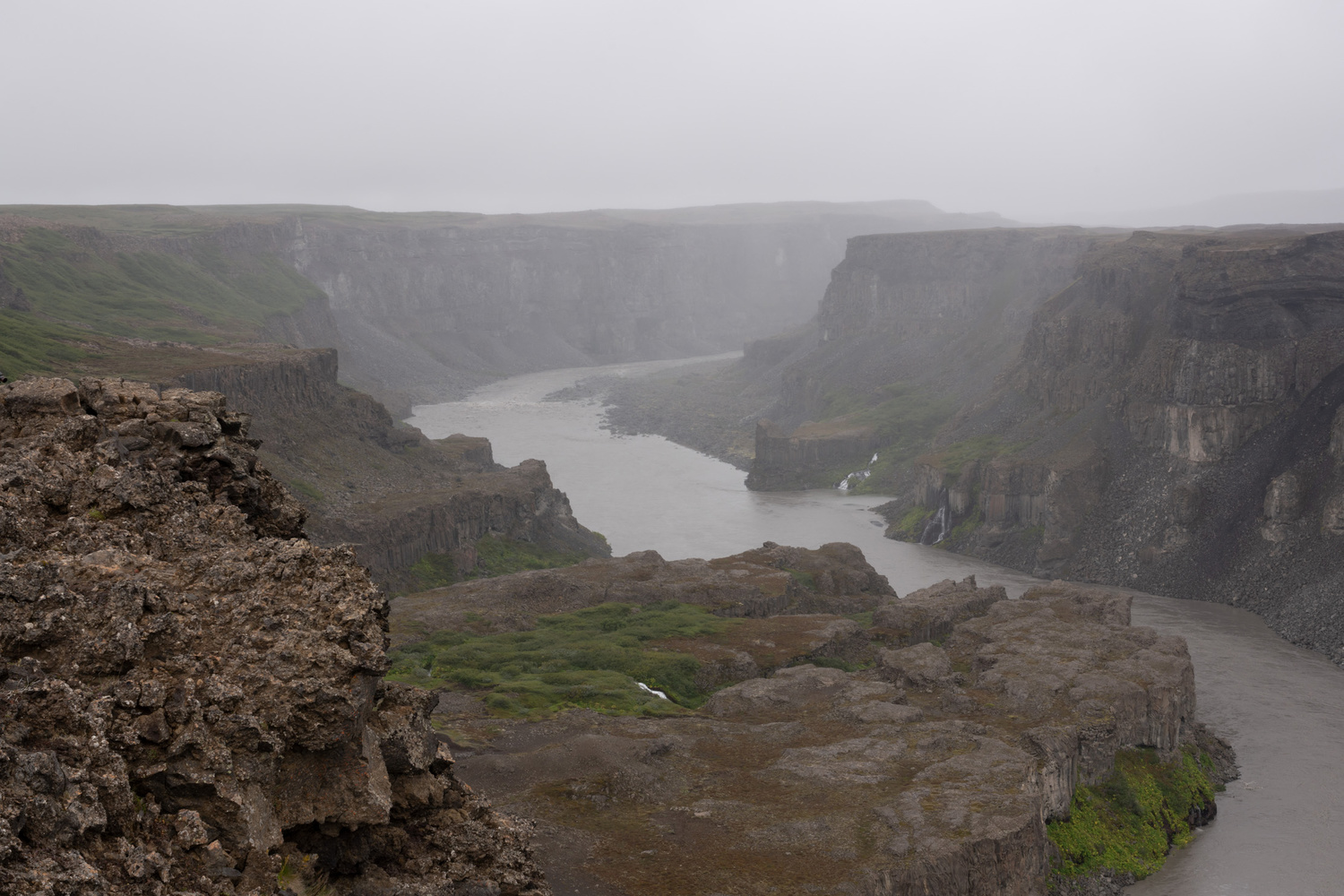 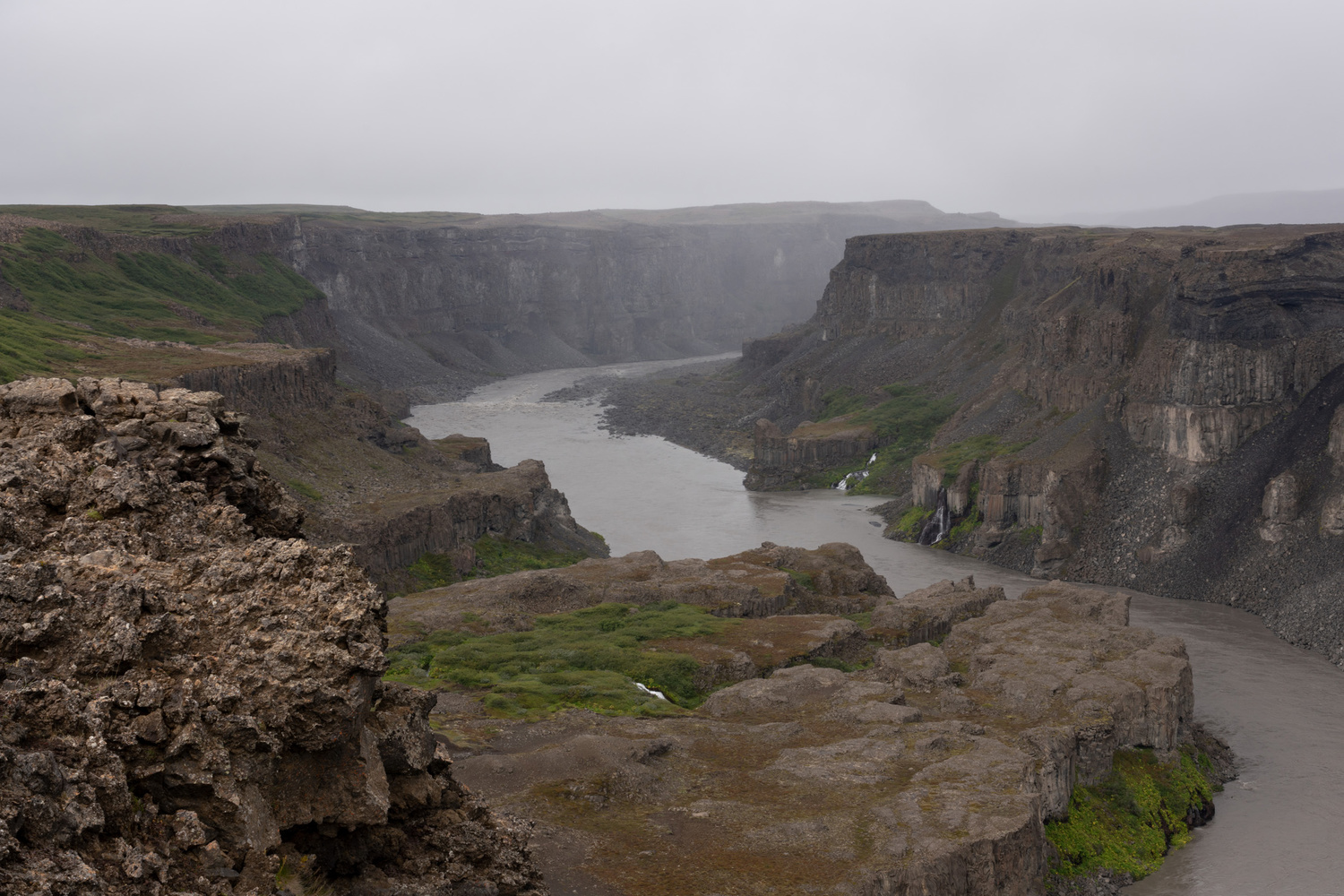 The Dehaze tool can help you create something similar. If you only use the Dehaze slider the photo becomes brighter, so you will have to compensate with the other sliders. I created the effect with a radial filter on the “non-shower” example above. Even though it is not an exact match, I would argue it is enough to help separate the foreground from the background. In the below before/after photo you can compare the shower photo from above with the "non-shower" photo where I added the effect. See it as another tool in your tool belt to help guide the viewer’s eyes. 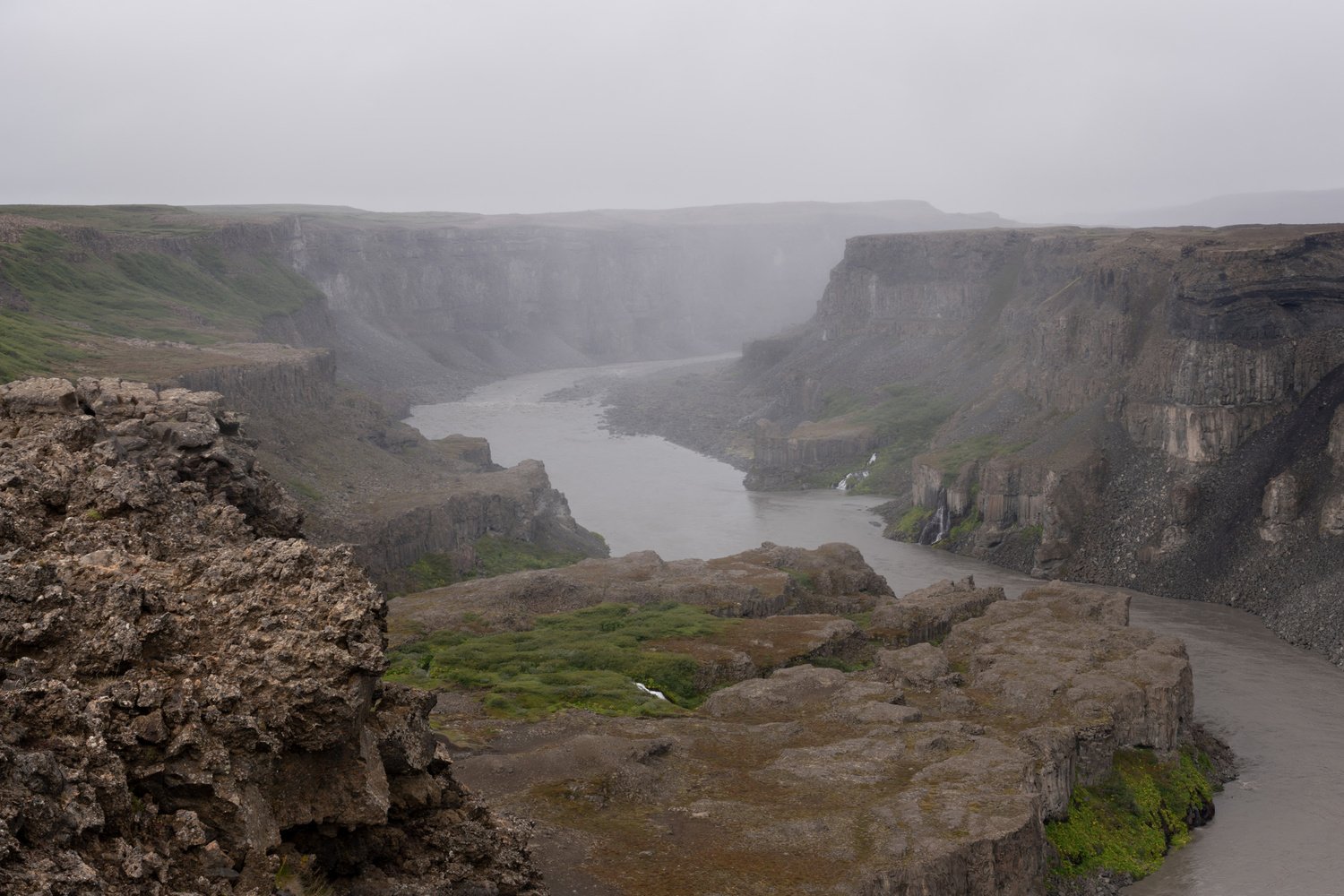 Underneath here is an example of where I used this reversed Dehaze effect. The photo is from the same valley as above, but from the other side and shooting south instead of north. I decided to add some haze to the upper left corner to reduce the contrast in a realistic way. By doing so, I add atmosphere to the photo and remove a high contrast area, which usually drags attention. In this way, I further make sure the most attention-grabbing object in the scene is the waterfall. 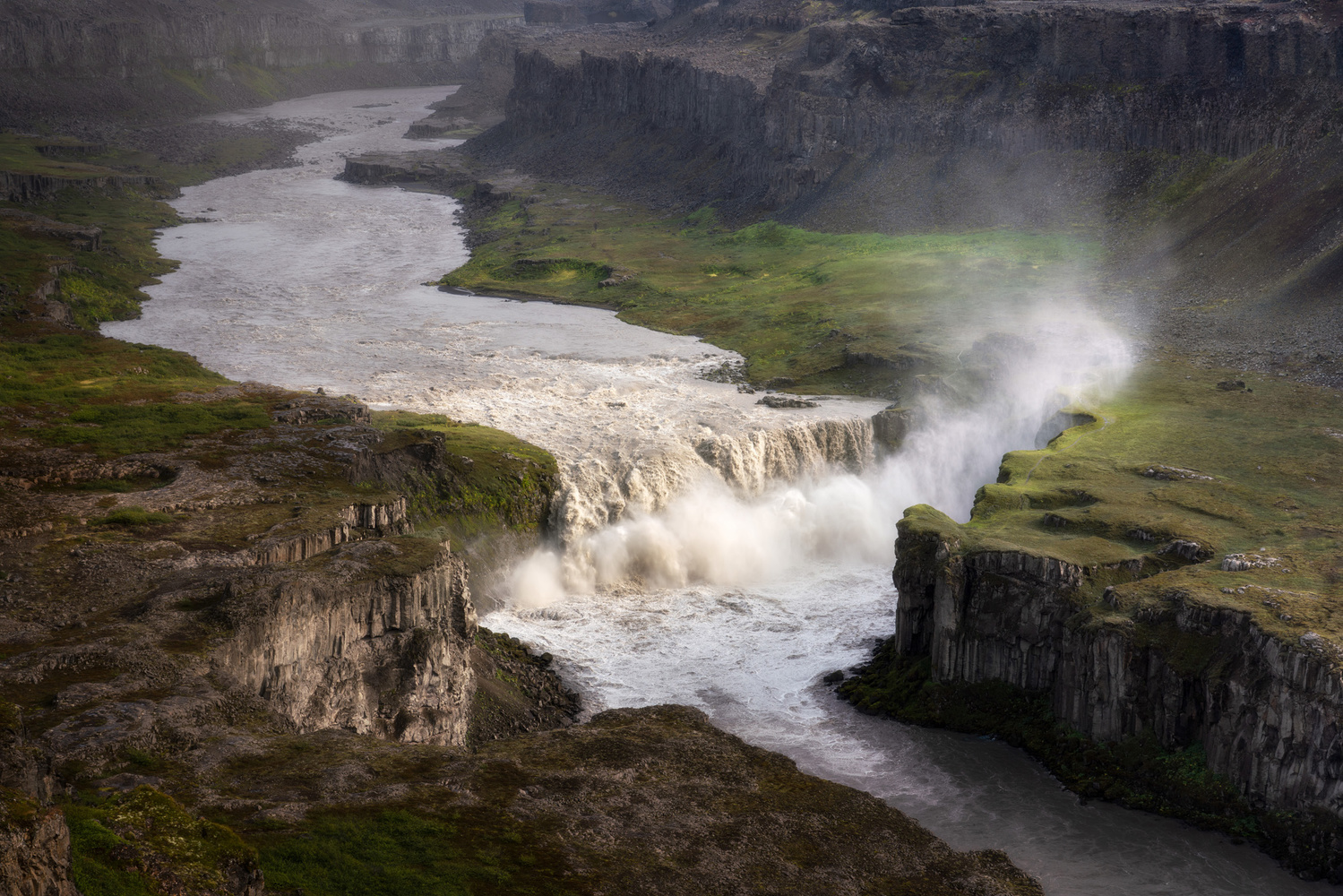 Check out the video above from my woodland session to see more foggy photos and let me hear if this small tip about the Dehaze slider could be handy for your photography?

A great tip Mads! The dehaze slider is a great tool used the right way

Thanks a lot, Hans!

Great guide. I will try it

Thanks, Peter :) I hope it'll give some great results.

Watched this a few days ago, some great shots, lovely calm mood to them.

Thank you very much, Stuart! :)

Work well when shooting in China for some reasons.

I guess because of all the smog?

Actually, smog i not just water drop, so it's very hard to get it completely off. But Dehaze is clearly helping.
Next step is to remove the magenta cast from the pollution.

I can imagine it can be a bit of a head ache!

Great tip. I’ve recently started painting with reverse de-haze (re-haze?) to add a little bit of bloom to select areas, or to help with the banding that I occasionally get near the sun on the horizon with lower quality sensors like a drone.

Exactly, that's also a great use!

The dehaze tool is indeed powerful! I use it quite often :) Great article Mads!

Thanks as always, Mikkel! :)

Any tool used in a thoughtful and subtle way is the way to go. Good examples here in this video Mads.

Yes, I completely agree, Aritz. Thanks a lot :)

Yeah, the dehaze slider is powerful. I use that often. Not so the new structure slider. Never use that.

Yeah, I haven't found a use for that slider either. Wonder who they were thinking...

I would point out that the dehaze tool in Affinity works every bit as well.