You Don’t Feel Competitive? Maybe It’s Because You’re the Worst Photographer Ever

Photographers who already made it beyond the beginner's level sometimes have trouble getting out to shoot. Because they know what a good photograph needs, they're afraid they can't deliver that quality. If that's you, then maybe you're the Worst Photographer Ever.

A Problem Everyone Is Familiar With

Every creative person will know the problem of a block. Writers have writer’s blocks, musicians struggle to compose a new song, and photographers simply struggle to pick the camera and hit the shutter. I know these doubts too well. My cameras are charged, my tripod is ready, but then, in the last minute, I decide not to go out and do something else instead. During the following days, I will get angry about my own habit of photo procrastination.

Do you sit at home, your camera locked away, and think that you’re not competitive as a photographer? Well... you’re not!

If your main argument for not going out to shoot is that you can’t compete with others, then you’re making a big mistake. It’s against any rule of logic to believe that shooting nothing will make you a better photographer. As long as your work isn’t out there, you’re the Worst Photographer Ever. It’s not just you, though. I guess most of us have been there.

The Worst Photographer Ever 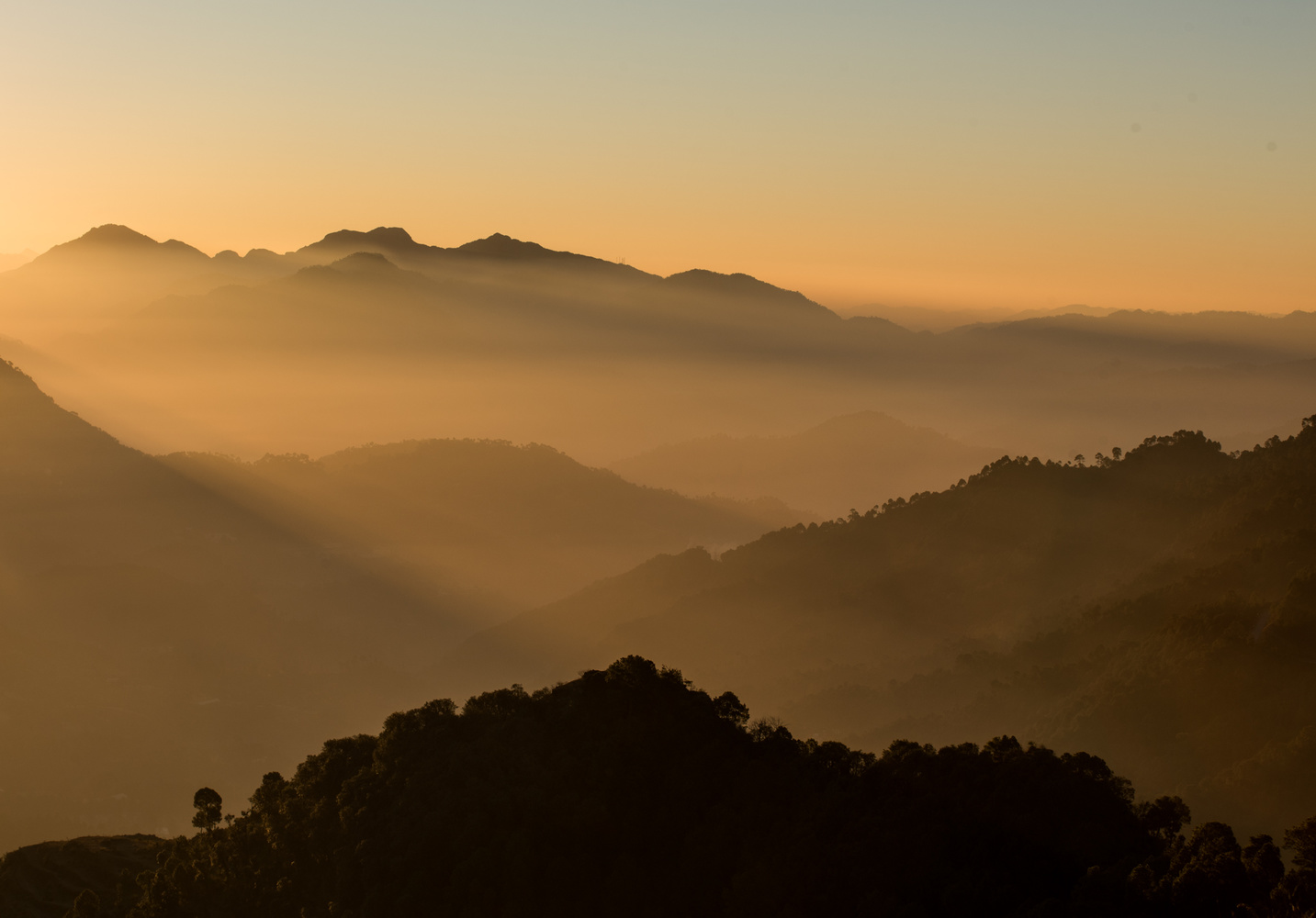 Getting up before sunrise is hard. A voice in my head says: "It won't work anyways. Stay in bed." When I come home with a decent image, I'm always happy that I fought this voice.

There are actually two scenarios. The first is that you bought a camera, because you thought you’d like photography, but you don’t. In this case, you might do better to stop reading this article. Get rid of the camera, and search for a hobby that you like. It’s not everyone’s duty to shoot good pictures. Other hobbies are probably cheaper, too.

But if you are still reading this article and hopefully a lot more, you seem to belong to the second category: someone who likes photography and wants to improve somehow. You’ve probably read a lot of articles already, and most of them have told you: you need to shoot a lot. Well, that’s true. 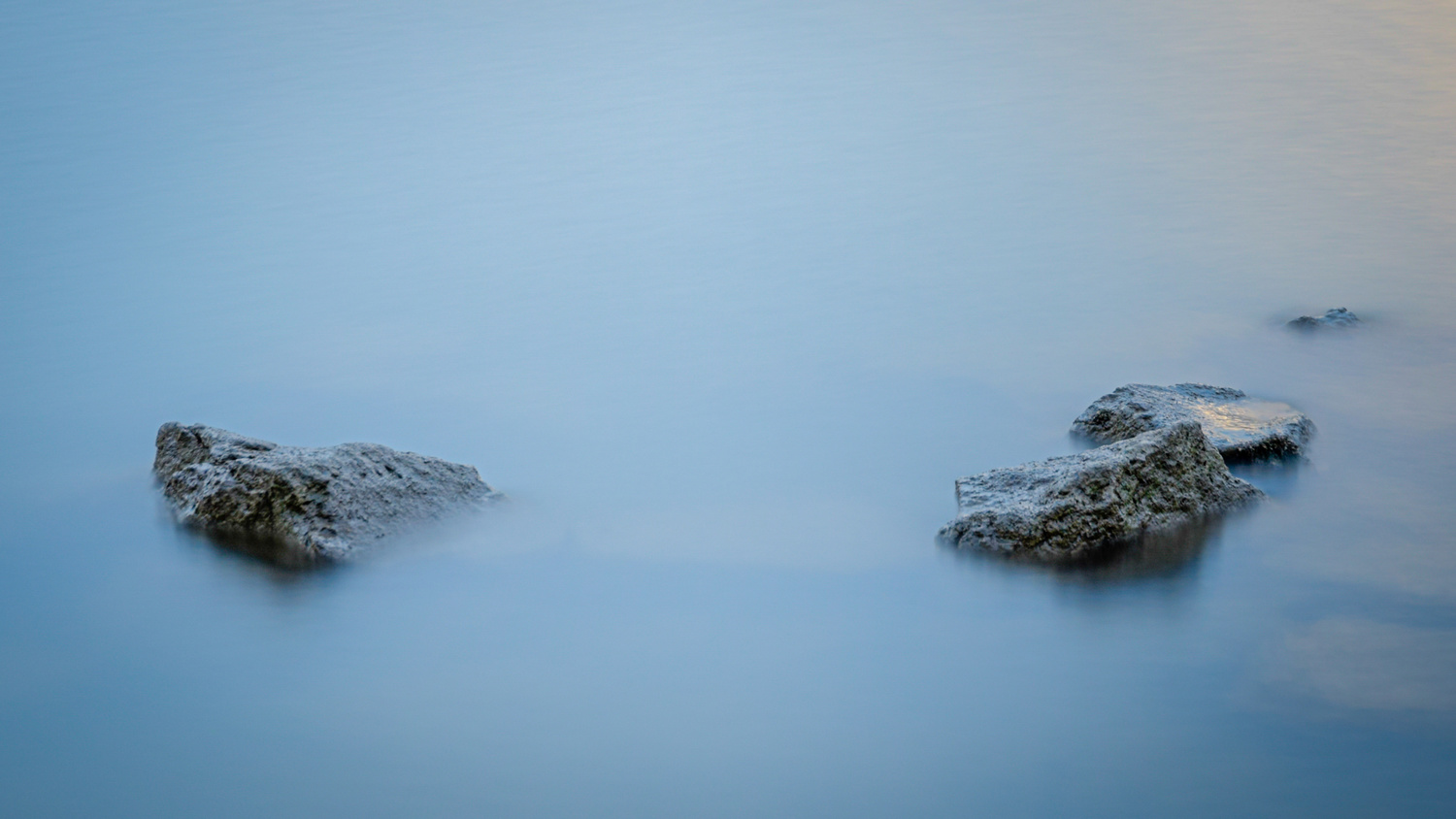 Even in bad light and without a proper subject, you can always try new techniques. This was my first attempt using an ND10 filter a few years ago.

When it comes to getting up and starting something, I love to use the metaphor of a bungee jump. I know probably many readers won’t like the idea of jumping from a bridge, head first, with just a single rope tied to their feet. But let me explain. Nobody goes to the edge fully confident and fearless. Fear is a natural reaction, and it protects us from doing stupid things — for example, from jumping head-first into a canyon without a rope. Brave people aren’t fearless; they just know how to challenge themselves when their feelings are irrational.

When you decide to bungee jump, you will have seen many people doing it before, and you will probably never have seen someone die. The risk is indeed very low, probably lower than dying during some other activities that you do. But why should you jump? Because it simply is amazing. There’s no comparison to the feeling of happiness that will rush through your body once the rope tightens and pulls you back. I didn’t witness anyone jumping who didn’t yell and laugh for less than five minutes after defeating the fear. Indeed, I couldn’t stop smiling for more than an hour when I jumped.

The good news is that you don’t even need to bungee jump to become a better photographer. But the story is the same, because you’re paralyzed by fear, you are afraid to make the first step. It’s irrational, though. There’s no need to fear that you will look silly with your tripod or that people will judge you because you don’t own a full frame camera. Firstly, whoever does that is an idiot. Secondly, even if you post imperfect images (whatever that means) online, someone will appreciate it or give you useful critique. If you don’t like the image, you don’t even need to share it; you can simply learn from the experience. Trust me, we’ve all gone through this. I have gigabytes of images that I won’t show to anyone, because they are failed experiments. Don’t be afraid to ask people to model for you, and don’t be afraid to take your camera out in public. You’re still learning; that’s okay. All of us are students. 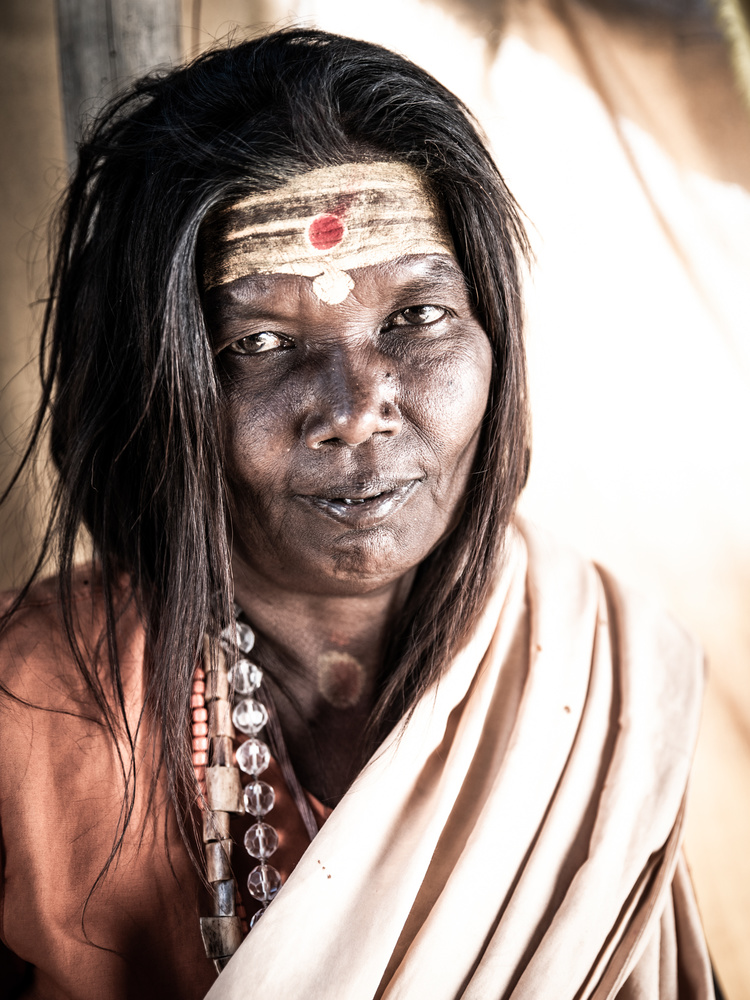 It was after a long break of shooting portraits of strangers that I met this woman. First, I was hesitant, because I didn't know if I could create a good image. Well... she's got a stick growing out of her head, but the image still gave me confidence for the coming project.

But just as it happens in case of the bungee jump, once you started and jumped (or hit the shutter), there's no way back, and you will see that it didn’t harm you. My first paid photo shoot really felt weird in the beginning. When I accepted the new situation after a few minutes, it started to become really fun, though.

On the other hand, postponing your photography desire into the future will only make the feeling worse. Of course, there will be days when there are really few occasions to shoot something. Yet, this argument doesn’t last forever. At least, when the sky clears up a little and offers just a small chance of a short moment of pretty golden light, it becomes invalid. Don’t miss that chance if the alternative is feeling like the Worst Photographer Ever. At one point, you will feel that there’s some sort of success, even if only the pride of finally getting up and having started something. 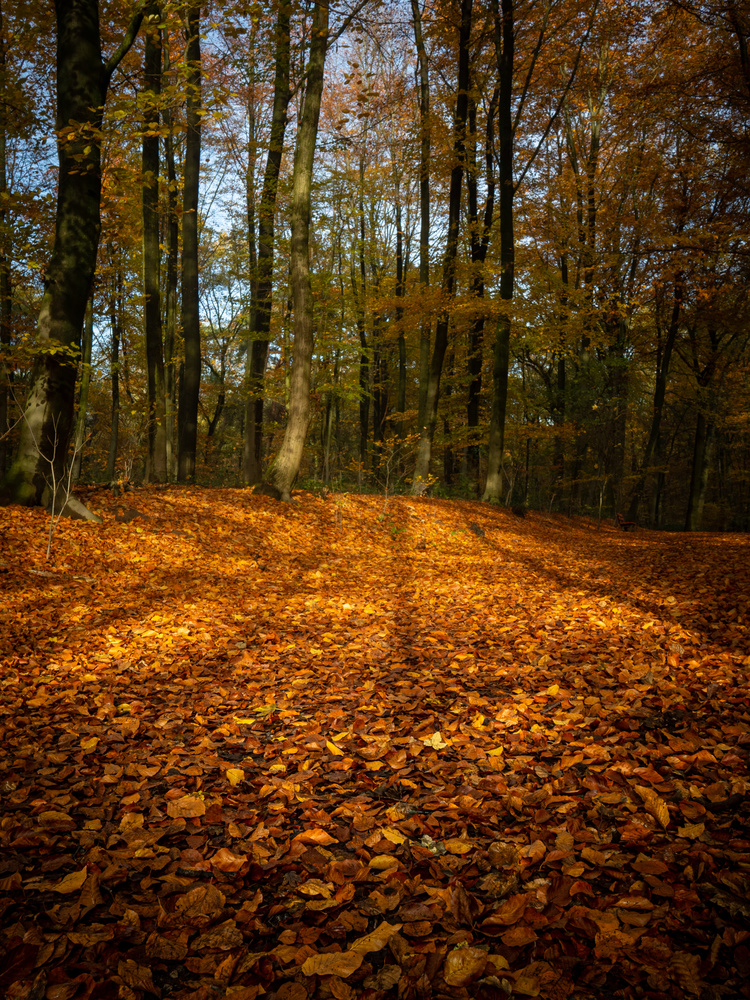 There are so many photo opportunities in our everyday life. It doesn't have to be something really unique; it doesn't always have to be a stunner.

Be the Best Possible You

If photography is your job, you’ll have to get up and shoot anyways. Pressure from outside is always helpful. Also, by writing articles for Fstoppers, I am often encouraged to get up and create some visual support for the written words, whenever my stock of former projects and jobs does not contain what I need. If you struggle to find sense in shooting, you might need to force yourself. Do something regularly. Write a blog, upload an image every week, or even join a 365-day challenge. There are a lot of groups of photographers who encourage themselves to improve their skills, both online and offline. The first step is hard, but once you’ve done it, you’ll see that your worries were unjustified. Don’t be the worst, but the best possible you. And if you feel brave enough, you should really go and try bungee jumping!

The only stupid question is the one you don't ask.

The only stupid comment is one everybody's heard a million times before and has nothing to do with the topic at hand.

are you related to Tom ?

No to Brian. are you sure it isnt Tim Thomas ?

I see neither an insult nor harshness; merely a factual statement.

A photographer must first take photos.

Photography is kinda like being a musician. You spend thousands on a hobby hoping someone will understand your vision. You finally come up with that one hit wonder that will opened the door for you. Then you spend the rest of the time doing mediocre work until the next hit. Or, if you're lucky, get immortalized and can do whatever you want and have enough following to make a living regardless. This is more normal if you put in the work for a long time.

The only problem is, photography is less entertaining than music and it takes less skill to master. If you disagree, pickup a guitar once.

With that said, photography is pretty thankless. You really have to want to do it regardless of the exposure or recognition. It's honestly a hobby until it's not. Most recognition that I'm seeing now a days is youtube videos. Basically recording your progress and giving advice to the things you have learned so far. These people are not masters in their craft. It's not useless information but I do recognize it.

So to sum up the title of the article, I'm not a bad photographer because I'm not competitive. Some of us just understand the real world and we photograph because we like too. If recognition comes, great, doesn't change how I shoot.

On the glass half full perspective, being the worst photographer ever gives you a style all your own that one will ever imitate. You become a living legend...

how does that make you feel having your own style? you living legend.

Sad Puppy is jealous I see.

its the macaroni and cheese kid with his own unique style.

You can have your own style too, the sad puppy style.

or the macaroni and, you cant tell its not cheese, cheese. would suit your paycheck,.

What if... You don't give a sh*t about comparing yourself to others? What if, you get out, do the work as well as you can, when it suits you to do so, and are satisfied with your results? Not everyone does this to be competitive.

If I feel uninspired to go out and shoot... I find my way to old files; stuff that's been sitting for years (waiting until my guitar playing gets better). I edit an old photo with new perspective, new skills... and think, yeah, I'm happy.

If you don't go out, you are not going to see the things that are worth photographing.

Every successful pro photographer I know or have seen is doing personal work regularly. They schedule it even when they are busy. It's critical for a number of reasons: fresh work in your portfolio, ideas driven by your creativity and not client needs, and it keeps you in touch with your own 'why' for photography. Only lifting a camera bag when you get paid takes you from being a creative to being a tradesman.

If you want to be the best photographer, just go out and shoot... all the other photographers.

if photography is Art then this article doesn't make sense. its like van Gogh that he is a better painter than Rembrandt van Rijn. its Art, not a sport.

Well I know me, I know I'm too good a photographer, I'm actually, probably, the best photographer out there but I'm too lazy to show for it.

This is an incredibly stupid article....There are more than enough ego maniacs posting crap like this....

I think he wanted to inspire people to shoot. If a few people grabbed their cameras and ventured out on a whim after reading this, mission accomplished.

How do you spot a bad photographer? He writes an article like this at fstoppers...

My mentor taught me three rules of photography: (1) If you don't have the camera you can't take the picture; (2) film (now digital media) is cheap; (3) It's all about the light. I really, really like this article -- Nils gets it.