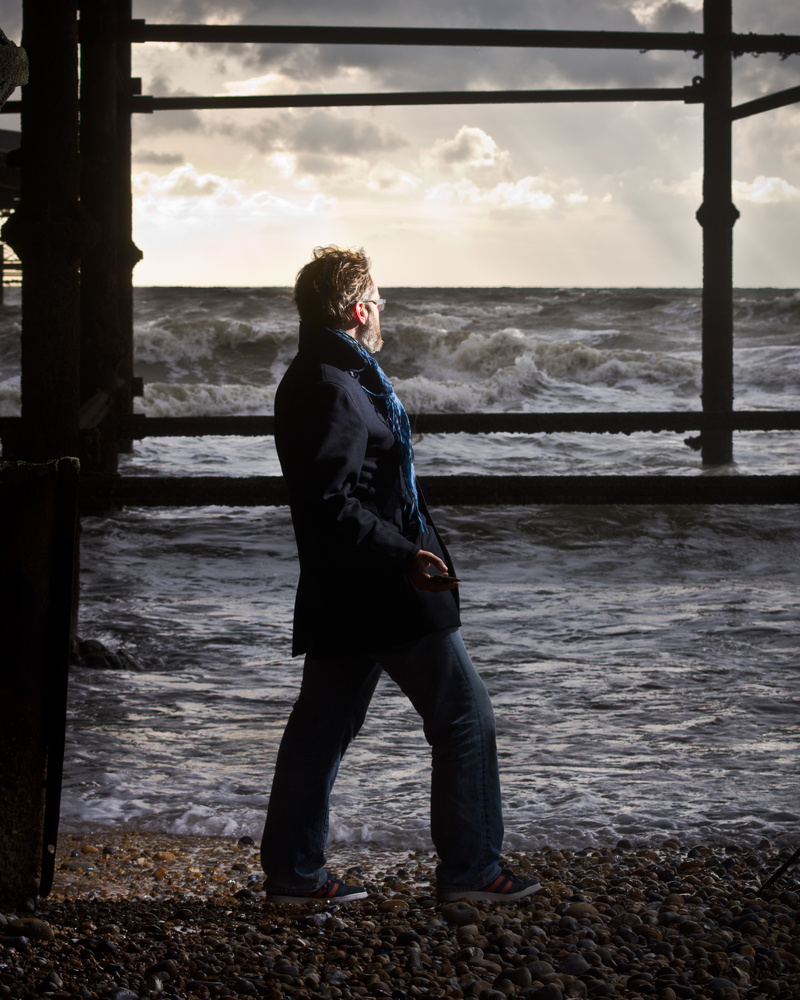 This is a self portrait which I took early one morning under the pier in my home town of Hastings, England. I was up early to get to work, but remembered as I was driving along the seafront that it had been cancelled. However, I noticed that the tide was out, the sun was just coming up and the sea was pretty wild in the wind. I'd been thinking of trying to take some photos under the pier in this sort of light, so I rushed home, got my kit and went back out again. The wind was really strong, so I couldn't put any sort of modifier on the light - it's just a bare Yongnuo flash on a stand, pointing directly at my face. The shutter was triggered by the IR blaster in the phone in my hand, which is why it has to be pointing straight at the camera.

I re-uploaded this, because looking at it again, the colour balance looked all wrong - except on my skin. I don't know why I thought it looked okay before now. Odd!

I think this would be a stronger image without the horizon going through your head...so maybe if you shot from a higher angle (if your tripod allowed)? The cross beams of the pier are a bit distracting too. I like that you were able to hit your face with the light, and it's pretty subtle (a little over exposed on your face, which you might be able to pull back in post?). Perhaps a more relaxed, natural pose too. I like the crashing waves. It's a nice concept, with some good elements.