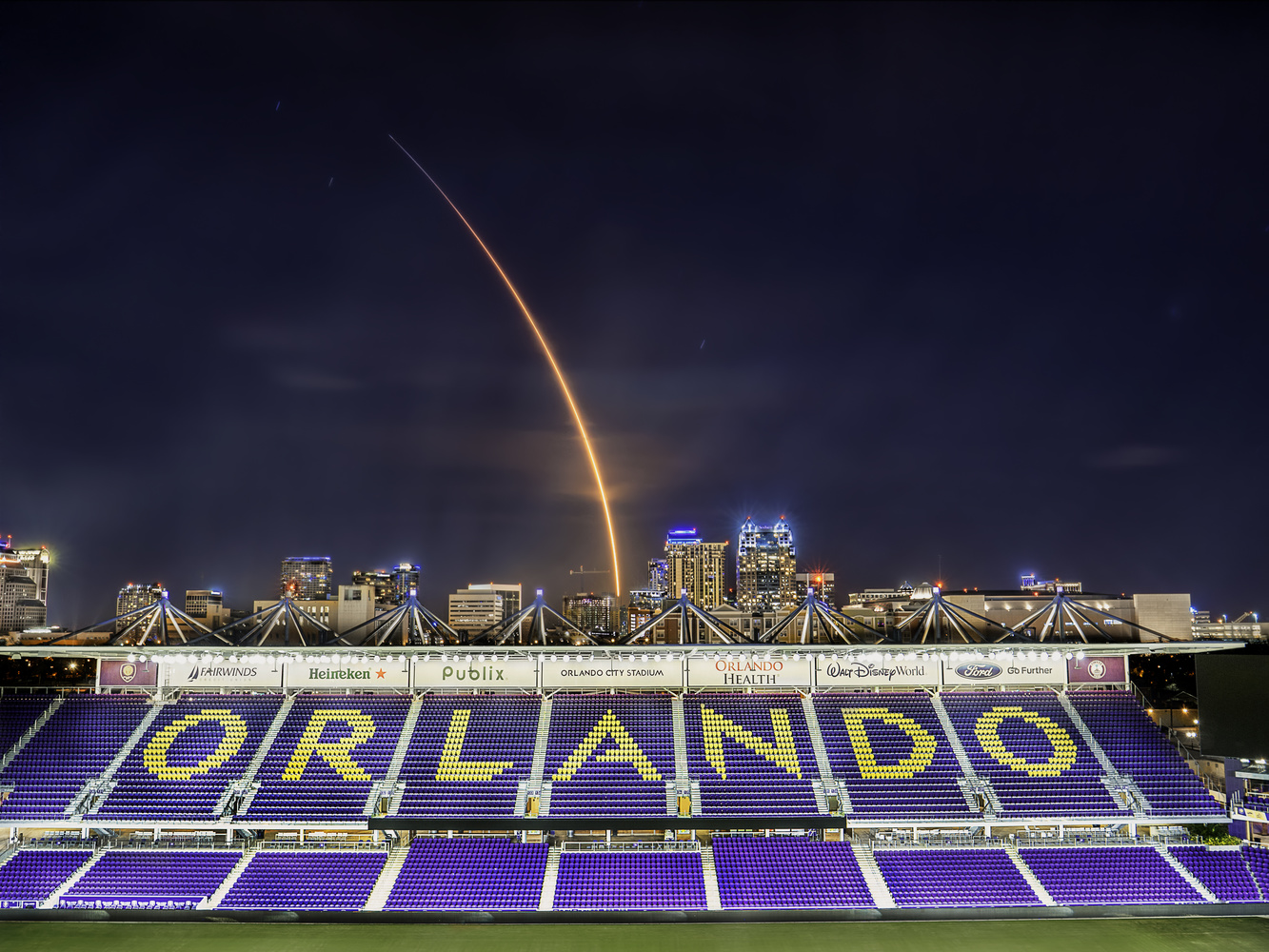 This is a 131 second exposure of a SpaceX rocket launch as seen from the rooftop of the Orlando City Soccer Stadium. The launchpad is about 50 miles away, yet the rocket is still incredibly visible in the shot. Since I am not a member of the media, gaining access to the rooftop of the stadium was fairly challenging. Fortunately, through some creative networking, I was able to get in touch with someone that both loves rocket launches and had keys to let me in.

My wife and I climbed up a 20 foot high unrestricted ladder with tons of gear, using pulley systems to bring the tripods up. With several cameras set up, fortunately the launch lifted off as scheduled, allowing me to capture my favorite shot in my portfolio.

This is a phenomenal shot, I loved it the first time I saw it. The unbelievable part to me is how centered the rocket is! It looks like it took off right behind the "A". Amazing work, Steven. World class, in my opinion.

Thanks Wayne! This remains one of my favorites that I've shot!