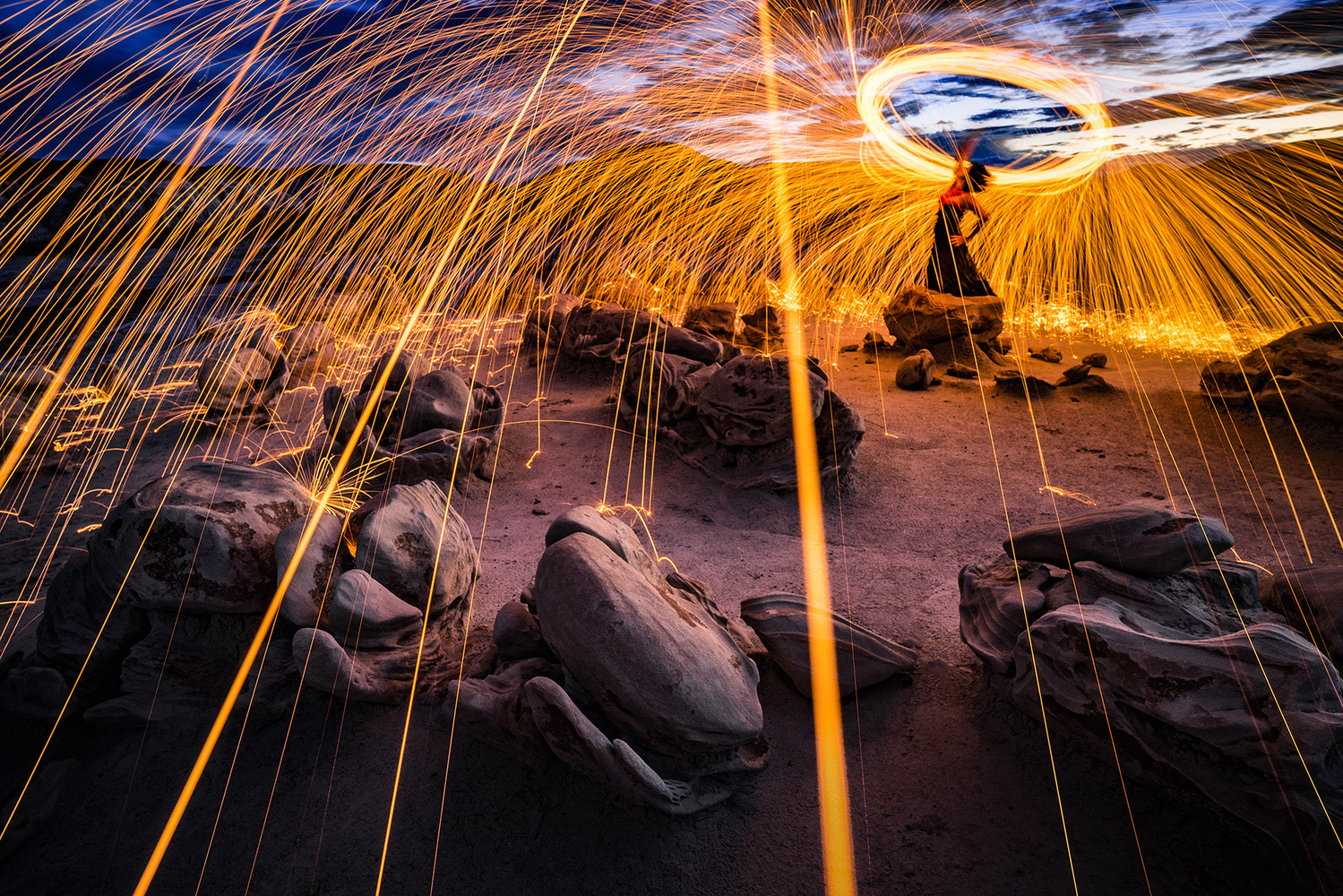 Keeper of the Alien Brood

Most images that I see using this technique (steel wool photography) are set in urban locations. And most of the time, it's the flying sparks themselves that are the real subject of the photo. I decided that I would like to create an image using this technique in which the flying sparks were just one component of an overall story. I didn't want to create yet another forgettable image in which the pretty orange streaks were the only thing a viewer would notice.

So I chose a setting and dressed my model in such a way that hopefully makes the viewer wonder about the entire scene. To me, she looks like some sort of sorceress keeping watch over her brood of alien eggs. Other people might make up other stories for her. But that was my point - to bring the viewer into a strange and visually striking world.

This was shot on an October evening in Bisti /De-Na-Zin Wilderness in northwest New Mexico.

I'd like to hear Patrick and Lee's opinion on this one since its such an overdone technique but done in a unique way. I really like it, well done Ramon

It is overdone - but all those Bridge, Sky and Beach as well. This is (as you say) very unique. i gave it 4 star!

Thanks, Adrian! I appreciate the feedback. :)

Great movement and colour. I like the window of sky above her head too...