After weeks of rumors and speculation, Canon has finally confirmed that the megapixel monster known as the 5Ds/5Ds R is real, and coming to stores here soon. Boasting 50.6MP full frame sensor, Canon has surpassed Nikon and Sony, offering us the highest resolution to date for a DSLR camera system. Alongside the new cameras, is the 11-24mm f/4L, finally bringing an updated ultra wide angle to the Canon lineup.

Rumors, leaks and speculations have been thrown around on these camera systems for weeks now, with no confirmations from Canon or other credible sources. Many of these rumors have been met with questions like "Who is the camera system for?" and "Is this their new flagship?". However seeing the specs on the systems, it's believed that this camera system is tailored to commercial photographers who need the resolution over the ISO capabilities, and that a flagship system tailored for the everyman is still on its way. Specs of the systems are below -- 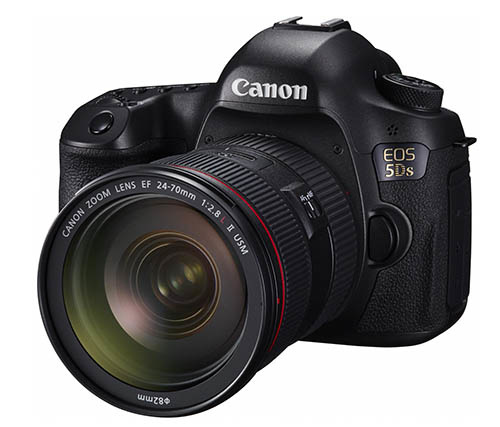 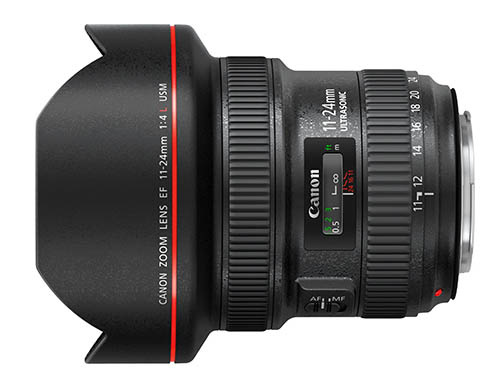 London, UK, 6 February 2015 – Canon today transforms the EOS system with the arrival of the EOS 5DS and the EOS 5DS R – a new breed of ultra-high resolution full-frame DSLRs.

Breaking the boundaries of 35mm sensors,the new cameras offer the highest megapixels ever seen in a full frame sensor, an astonishing 50.6MP. Delivering unparalleled quality, the cameras provide an exceptional combination of resolution, responsiveness and durability, whether shooting landscapes, architecture, high fashion or portraiture, either personally or professionally. When nothing but the sharpest image is expected, the EOS 5DS R also features a low pass cancellation filter to maximise the sensor’s resolution and visible image quality.Alongside the new DSLRs, Canon also introduces the EF 11-24mm f/4L USM, the world’s widest-angle rectilinear zoom lens(1), the perfect companion for landscape and architecture photographers.

Setting a new benchmark for full-frame cameras, the EOS 5DS and EOS 5DS R combine fast, instinctive DSLR handling with the newly-developed 50.6MP CMOS sensor, providing the flexibility to shoot a wide range of scenes and subjects, making it ideal for large format mediums, such as advertising billboards and magazine covers, where every pixel matters. The sensor’s advanced architecture provides
ISO 100-6400 sensitivity, further expandable to 50-12800, ensuring high quality images with low noise, accurate colours and wide dynamic range.
For added flexibility, the cameras’ resolution enables three new in-camera crop shooting modes–1.3x, 1.6x and 1:1. Visible through the viewfinder, the crop modes deliver outstanding results, with stills at 19 MP even when cropped to 1.6x. Built to withstand the most demanding shoots, the EOS 5DS and EOS 5DS R’s dual DIGIC 6 processors provide the rapid performance and responsiveness required to deliver first-class images with exceptional colour reproduction. Both processors are designed to comfortably manage huge levels of image data from the 50.6MP sensor, whilst simultaneously reducing image noise and providing the freedom to shoot at five frames per second.

Automatically exceptional
Created to ensure every detail of your exquisite landscape or high-fashion studio shoot is in focus, the EOS 5DS and EOS 5DS Rfeature an advanced 61-point AF system, with 41 cross-type points, delivering incredible levels of image sharpness and accuracy across the frame.
Both cameras comfortably maintain focus with moving subjects, using EOS Intelligent Tracking and Recognition AF (iTR) to track both faces and colour. To reduce image blur, Canon’s Mirror Vibration Control System uses cams to drive the cameras’ mirror up and down in a highly controlled fashion, avoiding all sudden stops and softening the shutter-release sound. Additionally, the EOS 5DS and EOS 5DS R’s 150k pixel RGB+IR metering sensor with Flicker Detection ensures images can be captured with consistent and accurate exposures under varying lighting scenarios, including florescent.

Putting unrivalled image quality at your fingertips, the EOS 5DS and EOS 5DS R include a number of customisable modes and settings to ensure stunning results every time. A new Fine Detail Picture Style maximises the level of detail that can be achieved from the sensor, enabling advanced sharpness adjustment without the need for edit ing software. Popular creative modes, including Multiple Exposure and HDR, provide instant, in-camera creativity, while a built-in timer allows you to shoot over long periods and create stunning time lapse videos, without being tied to the camera or needing advanced software and excessive kit.

The EOS 5DS and EOS 5DS R have been expertly constructed to allow you to operate quickly, regardless of the environment you’re shooting in. The 100% viewfinder with electronic overlay makes framing vital shots easy and can be customised to your preferred style. The large, 8.11cm (3.2”) Clear View II LCD screen, with an anti-reflective structure, minimises reflection or glare when reviewing shots and also acts as a visual and accessible dashboard of the most commonly used settings. The cameras’ new Custom Quick Control

screen means that the type, size and position of icons are also easily customisable to the user or shooting scenario. Both cameras utilise Canon’s iconic design DNA–a highly durable body constructed from high-grade magnesium alloy to provide weather resilient shooting – ideal for landscape photographers who are dedicated to getting the perfect shot, whatever the weather.

When nothing but the absolute maximum level of detail possible will do, the EOS 5DS R features a low pass cancellation filter to ensure the sharpest possible results. Great for landscape photographers, where patterns are very often organic, the camera’s low pass cancellation filter produces the stunning level of detail required to turn agreat shot into an incredible shot.

I WANT THAT CAMERA!!! MEOW!

Now all the Mk. III people know what it felt like to D700 people when the D800 came out. This definitely isn't a linear upgrade. I'm surprised they didn't make two models: a "normal" 20-30mp and a high-res 50mp. What do y'all 5D people think?

Actually the 5D mk4 is supposed to be announced in october. (something tells me it will be a 4k camera with a modest MP rating, while the 5ds 5dsr are meant mostly for photography).

I actually hadn't heard that. Cool!

Hopefully MkIII will then see a price drop. Better start saving my pennies.

Like someone below said, I think that Canon is segmenting the next generation of 5D's to meet different needs. I just hope they don't decide to slap a $4000 price tag on these cameras.

It's pretty close, B&H prices are below the article.

Oh , I didn't notice. How fun. I guess Canon knows people will pay that much. I recall the 5DII being around $2700 at launch.

I think they should release a model with less megapixels (10-12MPx) but high sensitivity for video shooting, something similar to Sony a7s

I think that 2 50MP models is an overkill...They should have made one without the low pass filter (D810) and just release a direct 5D3 upgrade...

This is exactly what Nikon did in 2012 and we all know what happened....

Don't mind a bit. They don't have the lowlight capabilities and many other features the Mark III has. I may replace my 6D late this year or early next with one of these (if reviews pan out) but it wouldn't replace my Mark III as my main body.

I got my 5DIII in Nov 2012. I was actually hoping for a few more features. Wi-fi and upgraded LCD (with tilt) would have been nice features to see. I'm not sure I see enough of a reason to upgrade. I am interested in the low pass filter removal tho :)

this is what The Digital Picture says about the crop mode: " If you want an APS-C camera's 1.6x narrower angle of view, simply use the 5Ds' 1.6x center crop mode with 19.6 megapixel (5424 x 3616) images captured. Prefer the old 1D 1.3x framing? No problem as that crop mode is also available with 30.5 megapixel (6768 x 4512) images captured. Especially nice is the viewfinder-provided crop lines (mask or outline) for these two crop modes."

Doubtful though, that EF-S lenses can be mounted to take advantage of that. Still, could be interesting to use with lenses like the Sigma 18-35 1.8... the 5D S has got almost the same pixel density as the 70D or 7D mkII, so it might actually turn out pretty okay

Don't be a clown

RAW and one layer TIFF would be around 50-60MB. But as for file sizes during the retouching, I'd be happy to have final, retouched images with all layers being just 300MB. Typically I end up with anything between 600MB - 1GB (depending on the image) and my current camera is well below 20MP... So I don't see file size being an issue here. How much does it cost to have 1TB of storage these days? 50 bucks? Not an issue.

Canon has stated that 16bit TIFFs from the 5Ds/sR are about 282MB.

The basic (one layer) 16 bit file will be about 300MB, as Roman says below. So your layered files will be well over 1GB if you find yourself going that big with your 20MP camera, maybe 2-3? But back to the 300MB files. Say you do a typical shoot with over 1000 images, you are looking at storing 300+ gigs. And if you back up your work in 2 other places (I do one local and one remote backup) then there is your 1TB hard drive space used up in one shoot. And no, none of this technology is cheap, nor reliable. I've lost count but I think I have over 25 hard drives now, 7 in my modded Mac Pro alone.

Are you going to render tiff from each of 1000 images or just few?

"Canon has surpassed Nikon and Sony, offering us the highest resolution to date..."

Possibly not. There has been talk that Canon worked with Sony on developing this sensor. So it may actually be at least partly a Sony sensor, and considering Sony's track record, more Sony than Canon.

There has been no official reports that suggest Sony made the sensor, so I don't believe that to be true. Especially considering that Canon has pretty much always made their own sensors.

Canon also makes claims to them developing the sensor in their press release --
http://www.usa.canon.com/cusa/about_canon?pageKeyCode=pressreldetail&doc...

Well good for them then. I have to say I'm rather amused by all the negative votes on my original comment however. Technology, the new religion...

It's a Canon sensor. https://www.youtube.com/watch?v=Hl6AKRadEsw

Am I the only one who thinks the samples online from it look a little underwhelming? The noise at 400-800 I've seen so far is terrible compared to the 5DII. And it seems like the Canon lenses can't keep up with the sensor. (guess the Zeiss Otus will be a popular option). It will be interesting to see how long it will take Canon to bring out lenses that can handle 50MP. Nikon has problems in the lens department to keep up with the res of the D810 (Couldn't imagine any of SLR lenses out there now that will really that will take full advantage of the sensor MP count manufactures are coming out with now. Maybe in a few years lens take will catch up, till then everyone will be shooting a high MP camera with low performing glass).

Where are you finding samples from the 5Ds? From what I can tell, none have been released or leaked yet.