If you want to learn video on DSLRs and the like, there are few better resources than EOSHD. Andrew Reid is extremely knowledgable (it actually frightens me how much he knows) and is excellent as a real pro talking about, often, consumer equipment. He recently did a large test with the A7s against a set of cameras, and he says it's replaced his go-to 5D Mark III with Magic Lantern raw.

Reid compared the BlackMagic Pocket Cinema camera, the Panasonic GH4, the Canon 5D Mark III and the Sony A7s (and even the FS100, A7R and the A6000) against each other in various situations to see how they handled color, highlights, dynamic range and sharpness (including artificial sharpness).

The Sony A7S is the first camera to really beat the Canon 5D Mark III on pretty much every level for both stills and video, especially the latter. The A7R did not have the video quality to topple Canon. The A7S not only topples Canon, it destroys their claim to video quality on DSLRs. Canon’s dated consumer and semi-pro DSLRs are now in serious disarray for video and in some ways stills too (dynamic range and low light for instance). In terms of the video shooter they risk losing the market which gave birth to their pro line of Cinema EOS cameras altogether. I warned them about this 3 years ago and nothing has been done. They have focussed all their efforts on Cinema EOS and completely neglected the lower end video shooter.

Your really should read his full ongoing review. I am presently working on my own review to be published shortly, but I can say that I completely agree with Reid to this point. The A7s is a bit wonky to use at first, but it's by far the most gorgeous video camera of its kind I've used to date. If only it gave me better FPS in 1080. 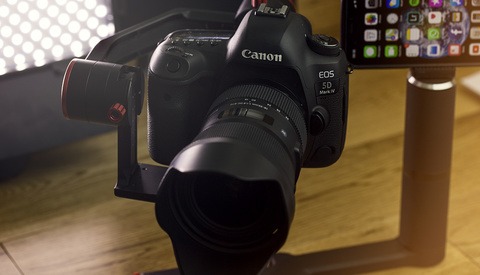 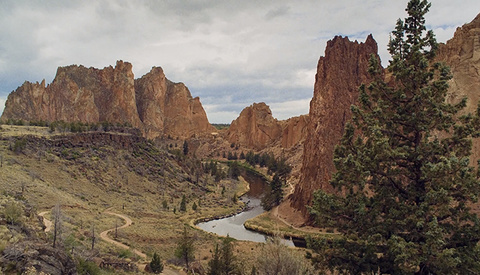 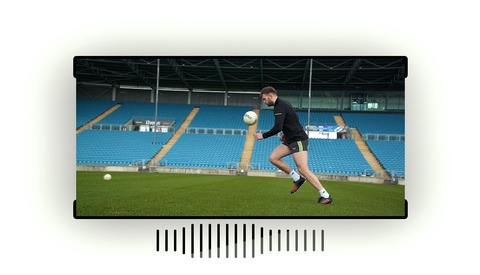 The only test that was a massive difference to me was the first one. The dynamic range is pretty impressive.

The problem with anything on EOSHD, is that Andrew isn't a filmmaker. He's knowledgeable about these consumer/prosumer cameras when it comes to controlled tests and specs, but his background is not in the creative arts so take it with a grain of salt. The A7S is definitely a great camera and the lowlight capability is phenomenal, but you also have to take in consideration lenses, ergonomics, post workflow, etc.

Having used a DSLR (5D regular and hacked) i'm loving my c100 for video work. The built in NDs, audio controls and easy access cinema settings are a welcome return after trying DSLRs for a while.

Sure, I can get a cleaner and higher resolution image out of the GH4 and the Sony A7s, but it's not always intuitive and with a c100 I can run and gun like the eng camera days.

That being said, Sony is on the right path with their camera innovationand Canon seems to be at a standstill when it comes to DSLR development.

Agreed. I'm not one to switch brands because a new camera is slightly better but as a Nikon shooter I'm excited to see the video upgrade of the D810. I fear that it isn't going to be significant though.

I feel like the A7S is more than slightly better than Nikon for video but for photos that's another story, which is why im not jumping boat yet. I cant seem to find any fast lenses with good auto focus for the Sony and while i normally shoot in manual for photo work there are still times that I need or like to be able to rely on auto focus (weddings are a good example I feel as this) and that's where I feel the Sony lacks. Still will probably be a great camera for somone else

Pretty sure Nikon has stated they aren't going after video. At all. Which should be discouraging.

Maybe that means they aren't going to make a video camera. Obviously they keep adding features to their dslrs.

I mean that would be awesome. I would love it if they did that, but the video features in their current cameras are just really sub-par. I want them to be better, but they aren't doing some really basic things (like changing aperture in live view mode on the D610 and short video recording times on the D800).

It's interesting to see what Canon and Nikon do over the next year. Canon is certainly trying to steer their video customers towards the C100-C500 cameras while continuing to highlight the capability in the 5D and 1DC. I think it's a pain in their ass to try to compete with the GH4 and Sony DSLRs in the video DSLR market, so they want to move away from the market they started themselves with the 5D.

I don't think Nikon can or will put out a c100 type video camera. I wish they would, but I don't know what the economics of it would be. I think they'll just stick with still cameras (with video capability) instead of trying to compete with sony, black magic, and panasonic for video image quality. I think they are too late.

Yes, but it's drip-feeding minor features just like Canon. Canon obviously don't want to cannibalise their cinema line but who in their right mind would buy a C100 & C200 at their price with Sony and Panasonic (A7s & GH4 respectively) leading the line. They're the only ones innovating right now and deserve every success.

@Liam Please keep in mind that the Canon C300 debuted in 2011, so it's older tech. The thing that many of us don't always recognize is that there is so much more to a camera than specs. The reason the C300 is the most popular rental video camera in the world is because it's such an all around good performer, even now. Very good resolution, sensitivity/low noise, 4:2:2 codec(not readily available in 2012 under $20K), HD-SDI monitoring, ND, lots of camera setup options, easy to use, long battery life, waveform/vector, EVF and LCD, XLR, time code, genlock, super easy workflow. This is what keeps this camera popular with professional DP's and their clients. If you're a working DP who buys a camera, the cost will be paid for in less than a year for a C300 or C100, most likely.

Some of us don't want to use a DSLR as an A-camera, too many compromises. When renting, the cost of various camera body rates are pretty small in the scheme of things. Ease of use, both shooting and work flow, reliability are the biggest priorities. For every client that must have 14-bit, 4K RAW, there are hundreds that just want HD in manageable files. They want to be able to hire the same camera in all parts of the world. There's so much more to paid production than specs and the flavor of the day camera, IMO.

Played with a D810 the other day and immediately want one. So frustrating lol. Lot of small improvements that do add up.