Despite an early report from photographer Drew Geraci last week, it seems that the Sony a7R III may still be affected by the so called “Star Eater” effect. What is really going on?

Past a certain point, filmmakers should just let the story end instead of abusing the franchise and fall into absurdity. In the photography industry, a surprise space opera came out from Sony studios last summer when the company decided to introduce some sort of aggressive noise reduction in the firmware of its a7R II and a7S II cameras. Basically, this new filtering approach had the effect of removing stars during long-exposure astrophotography. The issue has been well documented by specialists like Ian Norman, from Lonely Speck, who wrote an open letter to Sony calling for action and stating that he can “no longer recommend Sony cameras for astrophotography.”

Norman described the problem as follows:

“The Star Eater problem is a form of software spatial filtering designed to reduce noise in photos, particularly hot pixels. ... The result is an astrophoto with less stars and the appearance of diminished resolution. ... Furthermore, the ‘Star Eater’ issue affects raw images (whether uncompressed or not) and cannot be disabled by any means.”

For those who missed the previous episodes, here is a little summary. Viewer discretion is advised.

The Sony a7SII is the king of low light photography thanks to its low pixel density. This model has been very popular among the astro-photographers.

So what should we think about all this? Geraci says that his a7R III camera does not eat stars while Kasson still observes the spatial filtering in action during long exposure photography. The apparent contradiction might come from different perspectives. Geraci did a real life shooting test while Jasson only performed a “lab” analysis on dark-field captures. Both of them might be right, the spatial filtering is still there but somehow Sony tweaked a few settings and the camera doesn't’ eat stars anymore which explains Geraci observation. Indeed, as Norman mentioned in his article, “I’ll admit that it is a problem that requires a fair bit of pixel peeping. Some photographers might never even notice the issue.” Finally, let’s not forget that the a7R III is not available yet. Geraci and Jasson both used pictures coming from pre-released cameras which could be loaded with slightly different beta firmware versions.

In any case, the ball is in Sony’s yard. This stargate saga has been all over the Internet for quite some time now, damaging Sony’s reputation in the photography industry while the company is trying hard to penetrate the professional market. The a9 and a7 are great cameras, yet the product team let this slide. What is the management doing at Sony? This is bad press. This star-eater problem could be solved in two days by a bunch of software engineers. Just give us the option in the menu to disable the spatial filtering and this nonsense story will be no more. It’s time to end the saga.

There was a communication error. You can now determine the density of stars in the night sky of their most recent PlayStation games. ;-)

*Insert Canon Fanboy comment here*
I'm hoping you'll forgive me for the lazy troll. It's the day before thanksgiving and I'm just phoning it in today.

I don't expect anything else than savage Canon vs Sony mud fight here. ;)

What I would be writing here is a spectacular and well-considered criticism of all brands not-Canon that is brilliant not just in the content of the argument but in its overwhelming simplicity. Yup, any other less lethargic day I'd be doing just that.

Whilst I'm a Canon user, I'd rather have a star eater which can shoot usable 4K.

My face when somebody bashes Canon. 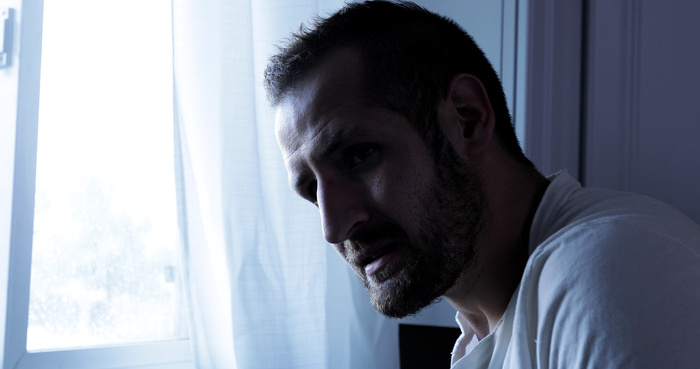 If you'd have shot that with a Sony there would have been more dynamic range in the shadows and we would be able to see your expression. :P

But I'm not that great of an actor so that scene took me five minutes to film. If my calculations are correct then that would require approximately three batteries on a Sony mirrorless to shoot.
*Raises hand to slap fives with the friends he doesn't have*.
In Canon's defense though I crushed the blacks and don't have C-Log on my 5DIV yet. And I am hopeful that you've picked up on my sarcastic demeanor because I actually dream of a world where gear bashing is no longer a thing.

The Jedi will be destroyed. The Death Star prevails.

I think Sony is pretty much toast for astro work. Although I'm primarily a Nikon user, I have to say the Pentax K-1 is attractive to me for it's astro-friendly functions. I just have to figure out what kind of lenses I can put on one for astro work, besides full-blown telescopes of course. I wouldn't rule out buying a K-1 for astro. I hear the now-discontinued APS-C Pentax K-3 was also good for astro, dunno if it has a crop frame successor in the Pentax lineup.

What are these "astro-friendly" functions?

Actually one feature, my mistake.
But first, not astro specific, the sensor. Although it's standard and apparently the same one used in the D810, is now going through the Pentax processor, and Pentax, like Nikon, know how to squeeze everything they can out of the sensor.

The Astro feature is built-in Astrotracer, the ability to use the sensors in-body-image-stabilization to track the stars, and I believe also sun and moon. You don't even need to calibrate to the North Star, the camera uses it's built-in GPS to track the night sky. Depending on the lens used, you can get up to 5 minutes or so of tracking.
https://www.youtube.com/watch?v=mNRg09R08Kc

That would be very cool! But not in a Pentax. :-( It would be a lot cheaper to get a tracking mount.

Some weirdo talked about that in this review: https://fstoppers.com/originals/taking-dslr-giants-fstoppers-reviews-pen...

Yeah but you know, I only write from Fstoppers. I don't actually read it ;)