Tell PONF What Should Go Into Its Multi-Format Camera

PONF is a multi-format camera still in the works, but that will launch with both film and digital backs through a presale later this year. In the meantime, you have a chance to be heard and help them decide what they should be looking at if they want you as a customer.

New camera brands don't pop up every day. But PONF is nearing the end of development for its multi-format camera that will offer everything from film backs to APS-C, full-frame, and medium-format digital options as well over time. By filling out this quick survey, you can help PONF decide how it should best leverage its technology to suit your needs.

Although progress is a bit behind when measured up against its original presale plan for mid-2018, PONF also recently announced a partnership with CineStill that will allow it to ship CineStill film with every presale order, so it seems as though the company is getting close to fine-tuning its options before it opens up presales of the new open-platform camera sometime this year. It's not often that camera manufacturers ask the public for input before releasing their very first camera. Maybe we should take them up on the opportunity to speak up.

You can find the survey for the PONF camera here. It won't be open much longer, so take your chance as soon as you can. To learn more about what's coming, head over to the PONF website. 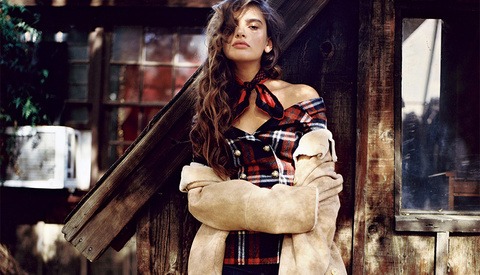 There was this aircraft, the F-35, and the design requirements stipulated that it be able to do everything...

So a company that lacks direction before even having one product... that sounds promising.

I don't feel like I'm being overly negative when I say that this looks like a dumpster fire waiting to happen. I'm trying to think how much money in R&D it would actually take to produce something like this. It's apparently expensive enough for the major manufacturers to develop products that do just one thing at a time, but this company want to create a camera that does everything from 35mm film to MF digital?

Yeah, good luck with that. Where's the option on the survey for, "Just save yourselves (and presumably a lot of other people when this inevitably hits Kickstarter) money and trash this idea right now."?

Needs Polaroid and Instax backs as well, and an option to hire an artist to look through the body and simply paint the scene using oil based paints.

The survey is terribly written. They don't seem to know what feedback they are looking for.

I think most people miss what this company is doing. They are NOT making ONE CAMERA which can do everything. They are designing one modular system, based on three body designs, that can produce several different cameras by choosing the right modules.

The three body designs include a large format, a 35 mm (with mirror, apparently, but no pentaprism), and a rangefinder. The system seems to be one of Ⓐ Choose your camera style; medium format, DSLR, or Rangefinder, Ⓑ Choose your film format; 120 film, 135 film, M-type digital, F-type digital, D-type digital, Ⓒ Choose your lens mount; Canon (EF or FD), Leica, (bayonet or M39), M42, MFT, Nikon (F), Olympus (OM), Pentax (K), or Sony (A or E).

This way, Canon/Nikon/Olympus/Sony shooters can finally use their lenses on a 645 (IF they cast a big enough image circle), Rangefinder shooters can get more options in lenses, etc. Two problem is that ① I did not see any medium format lens mount options, but I suppose they are working on that, and ② I do not know how they plan on doing film with an EVF but probably a low-def digital sensor above mirror for EVF.

So you won't get a camera which can do anything, but one camera which does what you want. Not saying it will fly —I think it won't for other reasons— just dispelling the myth. I have no dog in this fight.