After a few months of dipping my toes in the water with the Sony a7R II, I finally sold both it and my Canon 5D Mark IV and consolidated with the a7R III recently. It's a top-notch camera that can excel in almost any genre, but it's still lacking in one area: the menu system. This video examines why a lot of pros aren't fond of Sony menus and how they can be improved.

Coming to you from Maarten Heilbron, this great video examines exactly why Sony's camera menu systems are lagging their competitors and how they can be fixed. For me, it comes down to one simple issue: Sony's cameras are now considered professional-level tools, and professionals demand equipment that promotes clarity of function and efficiency in employing said function, of which the Sony system does neither. On my remaining Canon camera, I can fly around the menu and easily locate and understand an item's function and current state with ease. On the Sony, it takes considerable time and effort to locate the correct function and understand its settings. While that may seem like a minor thing to get upset about, if you're working in a high-demand, fast-paced genre like wedding or sports photography, it's critical that you be able quickly set up your camera exactly as you need it. Let's hope future firmware updates address this issue! 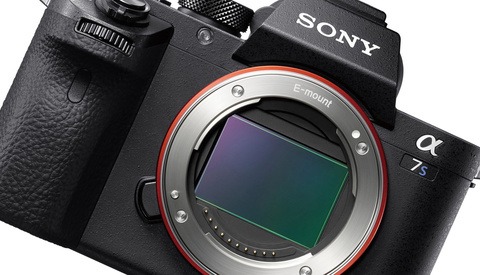 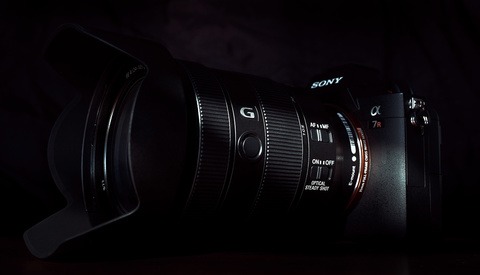 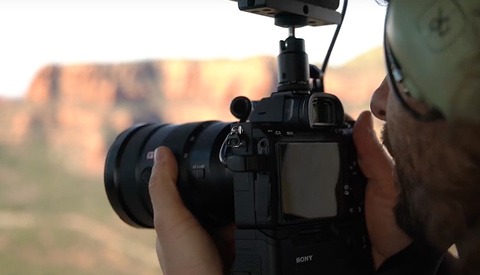 BTS / January 22, 2018
Real-World Test to See If the Sony a7R III Is the Best in the World
Premium Photography Tutorials

The Hero Shot How To Light And Composite Product Photography
With Brian Rodgers Jr.
$299.99
Log in or register to post comments
11 Comments

I wrote on another site (yes, tongue-in-cheek) that Canon and Sony should merge. Canon has the best most intuitive interface I've ever experienced, and it's consistent from camera to camera. They could come out with a 5D5, 7D3, 1Dx3 tomorrow and I could pick it up and do a professional job with it in minutes. Sony, on the other hand, has innovation and high image quality. Merge those two and there'd be no stopping them.

Totally agree. I mentioned in another article's comments that my dream camera is basically a Sony sensor and tech with a Canon body and interface.

Ergonomics and menu system is Sony's biggest issues to me. I enjoy my A7R II but it's not as much fun and easy to use as my XT-2 nor as easy to operate as my Canon 1D MKIV.

As a side note about the menu system. After having an issue with using the remote app for Sony, I found out that there are about 4 different teams working on the software side for Sony. None of which really talk to each other. Typically I shoot JPG + RAW but what I didn't know was that when you use the remote app the camera defaults to jpg vs the camera's quality setting. There is also no indication in the app as such I assumed, like many would, that the camera would pick up the user setting. This is how it's done with just about every other camera. I found this out the hard way. In order for you set the camera to capture in JPG + RAW with the remote app you have to do the following:
1. Start the remote app on the camera
2. Connect the camera to your mobile device
3. Press the menu button on the camera
4. Go to page 2 in the menu

None of this can be set up in camera first nor can it be done via the remote app on your device. There is nothing that tells you the quality of the file in the app once connected. It's extremely easy to miss because of how much you have to do in order to set this up that should just default to the camera's settings.

Last but not least Sony doesn't have Fuji's track record with FW updates so I wouldn't expect anything special sadly. Especially considering a lot of these issues could be fixed with a FW update. I really want to see Sony improve and the competition is great!

This link goes into detail about the issues with the software side of Sony:
http://briansmith.com/help-fix-sony-playmemories-camera-apps/

I don't have the higher end cameras. I own a Sony a6300 and the older A77. The a77's ergonomics are fine.
However, the a6300's ergonomics aren't great. I love the results but the manner in which you have to get the results is often frustrating. All the control buttons are too fiddly. The menus are wildly confusing.
In the newer models, it should be better.
The most frustrating of all is the over sensitive eye-sensor.

I've never really looked in the Sony menus, but that would drive me crazy. As a software developer, I'm really particular about user interfaces, even the order things appear in make a difference. We even consider the sub-conscience impact of the wording of certain things. Sony might have a reasoning behind why they put what where - but that doesn't matter if all it does is confuse or irritate people.

The touch screen not working with the menus would be a deal breaker for me, that just shows that someone doesn't know what the hell they're doing.

The menu system on my Rolleiflex 3.5F is pretty simple...

I have shot Sonys for 11 years and still can't find anything in the menu. It is really confusing.

i would love to say im switching to Sony but i cant. i saw a low light comparison and the Nikon D850 is still king. a smaller sized nikon D850 with the video features of the Sony would do it. and the menu system i hear and read again is very confusing.

Sony needs to seriously consider hiring this guy and put him in charge of menu development. He has really thought it through in great depth and has some great ideas and suggestions. I also don’t like Sony menus and find them disorganized and unituitive. Plus I really wish Sony would implement an intervalometer and/or redo apps to a much higher and open source standard. Working with current menus really takes away from a smooth and pleasant experience and does the rest of the camera’s hardware and technology a disservice.

This is why it is so difficult for me to switch from Nikon. They would all do well to borrow a page from Phase One though.

I remember it once took me, and two other camera ops, a full 20 minutes to change the resulution/frame rate and white balance on a PMW-150. Insane! Obviously you'd get used to it but some items were needlessly separated.

The FS5/FS7 generally have their act together.. although I'm still not a fan of manual white balance changes.