Shooting the Exact Same Composition Six Days in a Row

Here's a fun landscape photography project that, with a bit of dedication, will get you out of your creative rut. You will need a camera, a tripod, and a good memory of where you put those the day before. We're going to capture the exact same scene for six days straight and Norwegian photographer Oddbjørn Austevik is going to show you how in his latest video.

Undoubtedly, the hardest part of doing a series like this is keeping at it. I've seen the same composition of four seasons, multiple hours of the day, and even the same composition shot twelve months in a row that requires a free calendar for the coming year on that day and a heap of commitment. Admittedly, Austevik says that in the end, the fun aspect of the project starts to dwindle. You simply have to keep going and move to your location. On top of that, he also had to bring the gear to film himself doing this, so my hat goes off to Austevik.

The best tip for making this successful is to keep a good recollection of how your tripod was placed. I would maybe chalk a small circle around each tripod leg on the rock if I was coming here for the next week or so. But it really depends on your location. Chalk wouldn't work very well on the forest floor. Also, make sure the height of the tripod is the same and compare your shot from the previous time you were there to the shot on Live View. Making the smallest adjustment can make a big difference, especially with a bit of a longer lens.

As a fine-art landscape photographer, I feel that shooting a series is often a forgotten approach to our genre. Austevik's video got me excited about doing such a series in my local area for a full year. But I might not choose to space it by exactly three months. Choosing the days which showcase that season in the best way possible is probably a better idea for a result that you can be happy with.

So what is the best series of exactly the same composition in landscape photography that you have seen on the web? Share it in the comments. 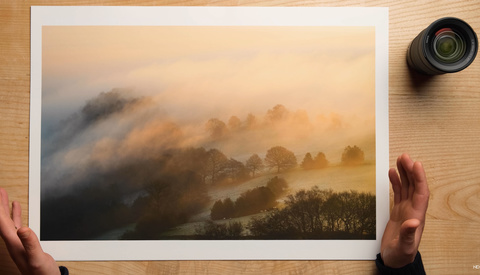 Gear / January 25, 2022
The Lens One Photographer Believes Everyone Should Own 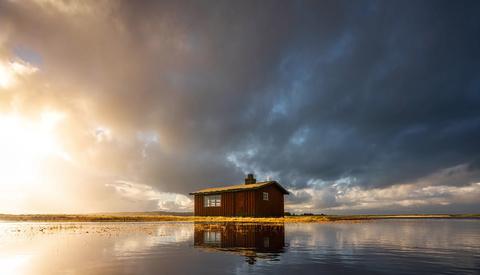 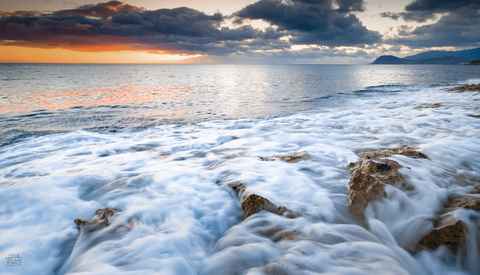 Landscapes / January 23, 2022
Why Is Landscape Photography So Intimidating?

I loved this video... you were funny and real. I am inspired to try this for sure, just need to find my subject and spot ... my favorites of your six were Tuesday and Wednesday! Thanks for the video!

Hi Marlo. Thank you very much. Appreciate the kind words. You should give it a go for sure. The ocean is an ideal candidate for such a thing, because it is in constant motion. But there are other subjects fitting the excersise for sure! Good luck. PS: I have other videos as well on my channel if you are interested :)

I can't do the mountaineering your shoot requires - old age has at last slowed me down!
Love the video. Startled by the fact you don't use something like your backback to anchor the tripod down, in the wind.
Your patience and persistence is something I can relate to (even if I'm never going to be as famous as you) - I noticed something I wanted to capture, about 6 months ago, but realised at the time that I was going to have to wait - and wait - and wait - till the sun returned to the northern hemisphere, and the shadows here grew longer, and then eventually they would be "just perfect" for the shot I have in mind. Winding up for it right now - taking what shots I can, while the light holds, in case the "perfect" day turns out to be too cloudy.
I'm afraid I'm a bit of a luddite - I've been shooting since1953, and being a very independent & stubborn person, I photograph what I like - what I want. And I had no sooner written those words, than I heard your words at 11:30. I laughed at once, realising I'd already used all of your reasons, except "passion", and I think I can add that one in now - after all, nobody travels the world for over 60 years, taking photographs, without "passion"!
While it's not "landscape", I've been pursuing a similar path for some months. Someone told me a while back that you can't take "good" photographs in the area where you live, and I took it as a challenge. So I've been trying to see just what I can achieve, right here in my own street, shooting all manner of things and scenes at different times of day or night. And it has been an awesome and highly educational experience!
I've also been chasing a particular shot by the sea (I live about a Km from the Indian Ocean), so have some empathy for the shots you've shared with us. Last time I headed out to get that shot, I ended up finding something quite different and photographed that instead - local amateur fishermen, out in their boats, offshore from where I was standing - and from time to time, the lights they were using to handle their catches and their gear, shimmering across the ocean, all the way to the beach.
One final point, Oddbjørn - tell me I am mistaken, and there WEREN'T people swimming in those waters, in the bay behind you, over your right shoulder, at about 17:50? Where I live, the climate is sub-tropical, and I cannot imagine jumping into the ocean that far north! :)

Hi Jean Pierre! Thank you very much for your comment. It was very nice to read. The reason I didn't weigh the tripod down was because I had a very wide stance on the legs. It was quite quite sturdy! I can relate to what you are saying about waiting for the perfect conditions. I have a growing journal back home where I write down compositons based on conditions. Checking them off one by one as the conditions arrive.
I love it when people ask my where I took the images, and I can reply, just down the road behind that hill or something. There is beauty to be found everywhere. Even in our backyards. Good luck in the future friend.
Oh yes, they were swimming, and surfing. And believe me, it's cold. I went for a short swim last week.

Hi Daniel! Just wanted to say thanks for featuring my video in this article. It came as a surprise. A welcome surprise though. Appreciate the kind words as well. All the best, and have a nice weekend.

Hey mate, thanks for letting me know.
Great project there and it had me feeling for you near the end. It isn't easy to keep at it a couple of days in a row. Photography is an inspiration-driven pursuit after all. :)

Great weekend to you!