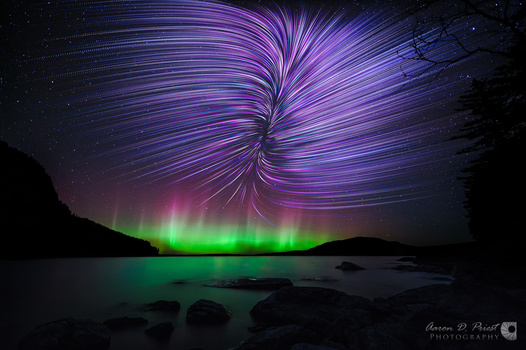 I like coming up with new types of star trails that haven’t been done before, it’s challenging to think outside the box with so many creative people in this world! For about a year I’ve been tinkering with various ways of presenting a rift in time/space with star trails in a spherical panorama, influenced by many scifi movies and TV shows that I’ve enjoyed over the years. More recently, Interstellar got me thinking about it again and playing around with different projections of vortex star trails. Last week Sathya Narayanan of http://liketheocean.com/ made some of this a lot easier with his new Photoshop scripts that are quicker than manually doing this with custom macros and droplets.

This is a compilation of several images shot on the night of October 8, 2013 from the North Bay of Moosehead Lake at the base of Mt. Kineo. The northern lights and sky are a single shot at 11:43 PM, the lake is a stack of 243 images from 10:22 PM to 12:41 AM for a brighter reflection, and the “rift star trails” are 125 frames from a single star field shot at 9:52 PM when the northern lights were dim. I layered and masked everything in Photoshop. The RAW files were edited with Lightroom.

Amazing photo! Makes a lot of sense that you would have used scripts! I was wondering what kind of gear you must have used to move your camera and zoom your lens in that specific way. :D 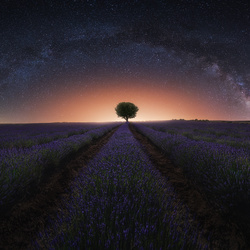 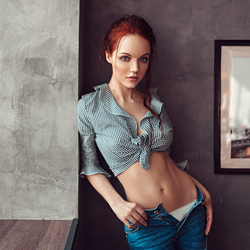 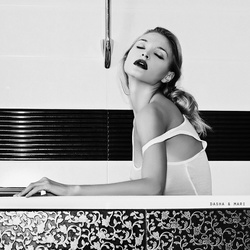 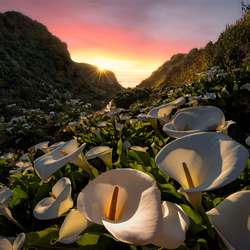 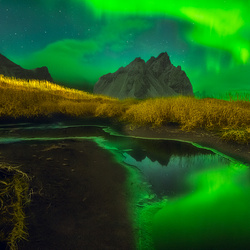 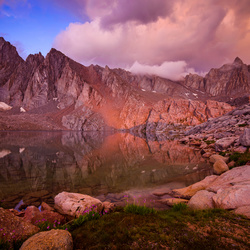 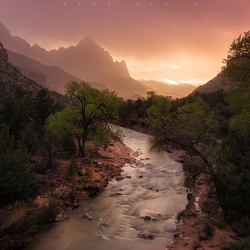 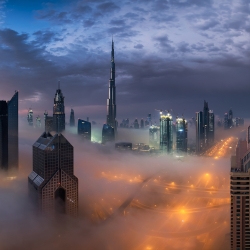 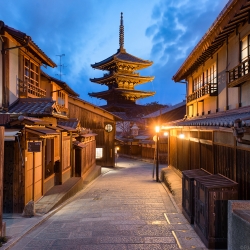 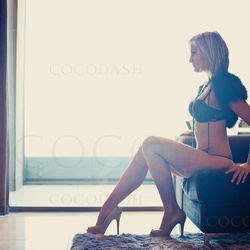 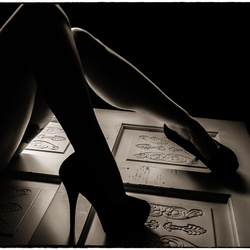