Adobe has released a YouTube video highlighting some of the retouching features that may be available in upcoming Adobe mobile apps. While no release date is given yet, the video shows off some pretty impressive abilities that accentuate the mobile device's touchscreen and makes the application more user friendly for quick changes or creative endeavors. This video has us excited for what retouching abilities are being brought to our mobile devices. Watch the video and have a look for yourself.

In the video, you will hear Bryan O'Neil Hughes highlight some of the features of the application while he manipulates several photos. Some of the tools he demonstrates include a healing brush type tool where he scrubs over a digit on a timepiece to remove it and replace it with a different digit. He also distorts the Mercedes badge on a Mercedes SLS with the liquefy tool. Hughes then concludes with a demonstration of a vignette tool.

The main thing to concentrate on here is, of course, the user friendliness on a mobile device. During the demonstration he uses high-resolution photos and wants us to understand that our ability to make dynamic changes to our photos will not be hindered by the fact we are using a mobile device to do so. In fact, it could even be better assisted by using our mobile devices. It's still early on, but here's to hoping the software is as dynamic as it appears in this video.

In related news, Adobe will also be discontinuing their iOS app Photoshop Touch on May 28, 2015. Instead of further development in Photoshop Touch, Adobe will be placing more resources into their free apps such as Photoshop Mix and Illustrator Draw.

[via Photo Rumors and iMore] 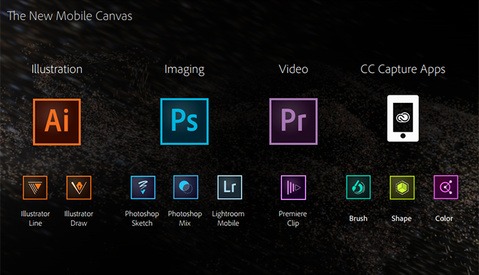 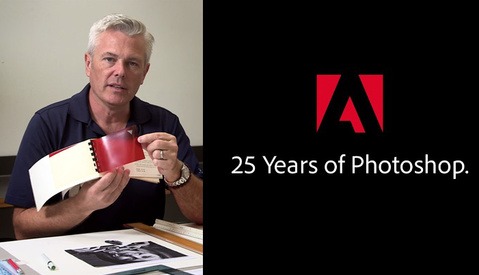 Photoshop / July 22, 2015
Why You Should Thank Adobe for Creating Photoshop

It seems odd that they're working on this if they're discontinuing photoshop touch. IMHO people don't want to be doing heavy edits on phones and tablet. It's about nicely organizing shots you've taken with your phone or wirelessly uploaded from your camera, pick the winners, do basic adjustments, possibly a very minor retouch, tone and finally upload to social media.

Trying to work from the iPad will always be a pain because you will need to sync those large files and you don't have a precise pointing tool for selection and painting. Though what would be nice is to see an expansion of the auxiliary apps, like Photoshop nav. Maybe an app that lets you browse your lightroom collection and select keepers from the comfort of your couch.

Guess so haha it seems like a step in the right direction. Though it would be nice to have some more toning options. Also, if it could act as a remote for a desktop would be cool - no need to upload to creative cloud as I think it needs right now.

Everyone's looking forward to retouching their 50 meg files on a 6-inch screen...