I recently had a chance to sit down with Pulitzer Prize winning celebrity photographer Brian Smith, who’s work has appeared in LIFE, Sports Illustrated, Communication Arts, Time, GQ, Forbes and ESPN The Magazine, just to name a few. 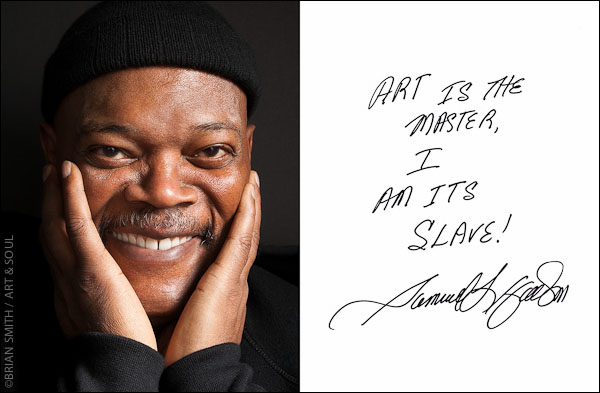 The path that led Smith to working as a celebrity photographer began back in his high school days. Shooting for his school’s yearbook and local papers gave Smith a chance to explore a variety of subjects while building a strong portfolio. After high school, he attended the University of Missouri, where he continued his love affair with photography while studying journalism. Four years later and armed with a killer portfolio of images, he moved south to New Orleans. It wasn’t to last, however: within six months of graduating college, he was offered a job with the OC Register as part of their street photo team. It was here that Smith won a Pulitzer Prize for his work documenting the 1984 Los Angeles Olympic Games.


It was also here that Smith began to have his breakthroughs: his work was attracting attention, and it wasn’t long before he was being called upon by magazines like Rolling Stone and Sports Illustrated to shoot for them. And of course, from here the door opened to working with a nearly endless stream of celebrities. 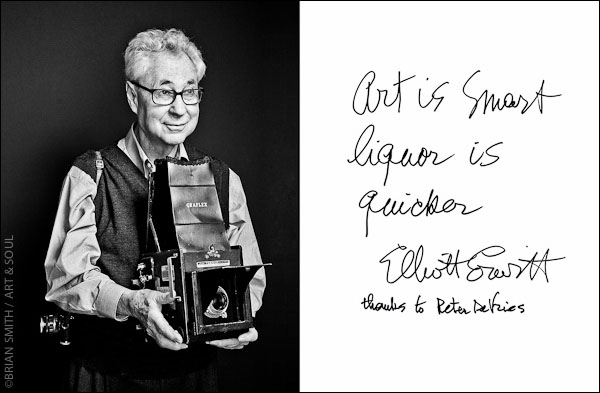 When asked what it takes to work with celebrities, Smith says that “it is all about subject interaction and breaking down the barrier. Getting them to open up and relax in front of the camera. Sometimes I only have a five minute window in which to do this. I’ll try to make it interesting for them: asking them the same question that they’ve already gotten twenty times that day isn’t a great approach, as it could be the end of a long day for them, packed with interviews and publicity events. I’ll try to ask them something new, something fresh, something that they don’t get asked often which makes it more interesting for them (and me, as well). It might be something about their childhood or how they ended up where they are today. The more interesting I make it for them, the easier they open up and the better the results tend to be.” 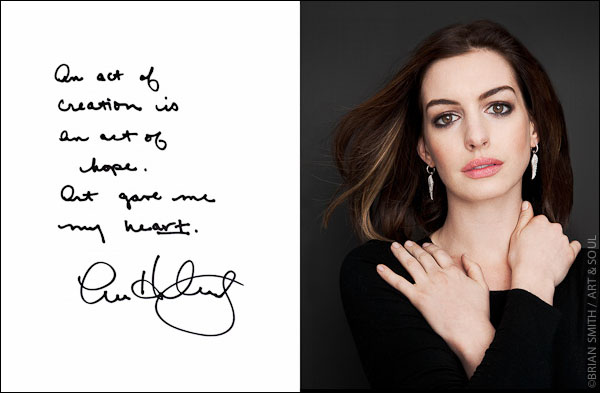 Smith notes that “portraits don’t have to be these wildly different or shocking photographs. They just need to convey that one moment in time and the emotions associated with that moment.” That isn’t to say that Brian doesn’t enjoy shooting those wild, shocking and outlandish moments. He recently worked on a project shooting naturists playing golf in, well, the nude, for Sports Illustrated. “This shoot definitely set a record for most double entendres ever used within one day,” Smith joked. 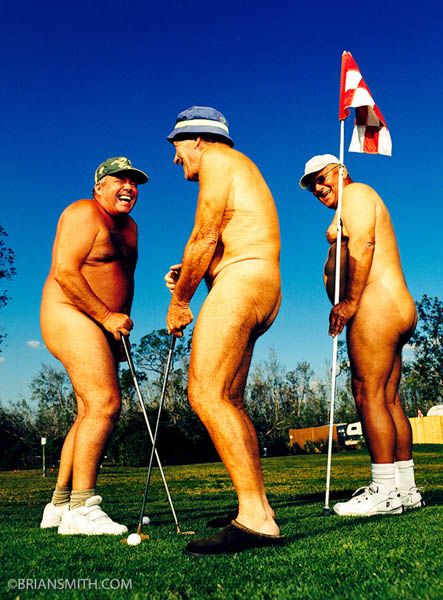 Smith also has undertaken a lot of personal work in his career. One of his latest projects, Art & Soul, in which he photographs celebrities in support of the arts, contains a breathtaking collection of photos inside. Shot over the course of 20 days throughout 15 months, Art & Soul aims to increase the awareness and importance of the arts in our culture and across the country. Sponsored by The Creative Coalition, the book contains personal notes from each subject, ranging from inspirational to humorous, offering insight and advice to aspiring artists in all walks of life.

When shooting, Smith uses a Sony a900 camera with a variety of Zeiss lenses – his favorite being the Zeiss 24-70, though he also frequently uses the Zeiss 85mm 1.4, 35mm 1.8m, 16-35mm 2.8, and of course the 70-200mm 2.8. Smith says even though he has used medium format digital – both Hasselblad and Leaf – the ease of use of the Sony and Zeiss equipment, coupled with their beautiful image quality has made him a huge Sony fan. He also appreciates the low-strength anti-aliasing filter that Sony uses, which lends itself to exceptionally sharp images right off the camera. 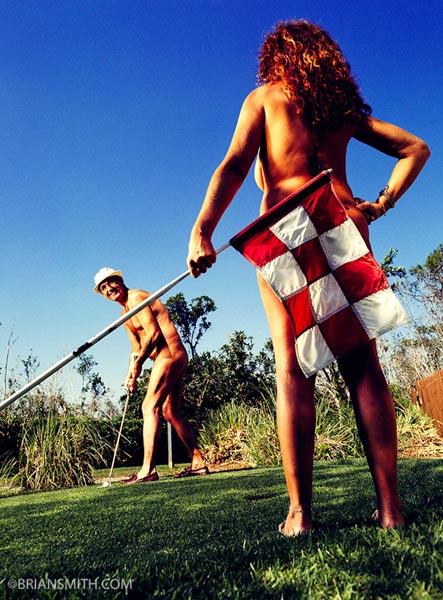 As you would guess, Smith uses a wide variety of lighting equipment to give his work the stand-out quality that he is known for. Profoto lights and packs, along with Profoto and Elinchrom modifiers make up the bulk of his gear, and PocketWizards are responsible for the triggering and remote control.

Smith has a plethora of great advice for those aspiring to follow in his footsteps, which he freely shared in our conversation and on his website. “The single most important thing you can learn is how to relate to people. Even if you are a still life, architectural or landscape photographer who never shoots people you still must relate to people like clients, architects, designers and of course accounts payable. So go out and find 50 strangers, introduce yourself to them and shoot a portrait that says something about whom they are -- not just what they do.”

Secondly, Smith says it is of the utmost importance to treat every job as if it were for a dream client. “Too many photographers just slide by with the idea that they can raise their quality when they get the 'right' clients and then wonder why they never get there. The truth is that as you move up the ladder, the assignments don't necessarily get any better - but the expectations certainly get higher. Raise your game ... now!” That is to say: shoot every assignment as if it were for Rolling Stone or Sports Illustrated, even if it’s a headshot for a friend or a personal project working with your local skateboard crew. 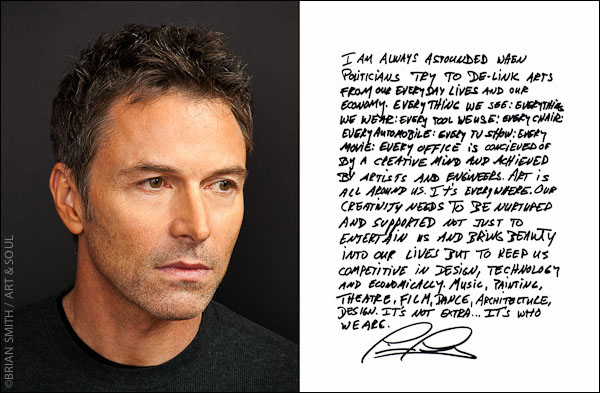 Brian Smith’s work, which has graced endless publications and websites, can be seen at www.briansmith.com. His website is well worth a visit; his work is inspiring and goes to show just how far one can take their work if they devote the necessary time and energy to it. His last piece of advice? "Don't ever forget to have FUN".

Commercial / December 14, 2018
Which Focal Length Is the Best for an Editorial Photoshooot?

Fantastic article guys, and great to see the team growing so quickly too!

Thanks so much for the feedback Ross, yes things are kicking into high gear!  Thanks for all your support

AweSome, "...The truth is that as you move up the ladder, the assignments don’t necessarily get any better – but the expectations certainly get higher. Raise your game … now!” #truestory.....

Excellent article, I can't say I really love his work, I think it's great but his pictures don't do anything special to me when I watch them... It's a bit fade to my taste...

I just discovered this photographer: Quite amazing...
http://www.kirstymitchellphotography.com/home.php