Behind the Scenes of South Carolina Gamecocks' Photoshoot

I find athletic themed shoots to be especially interesting considering the amount of effort and expertise that goes pulling off that one perfect shot. Follow James Quantz Jr in this behind the scenes video as he takes on the challenge of shooting the South Carolina Gamecocks. 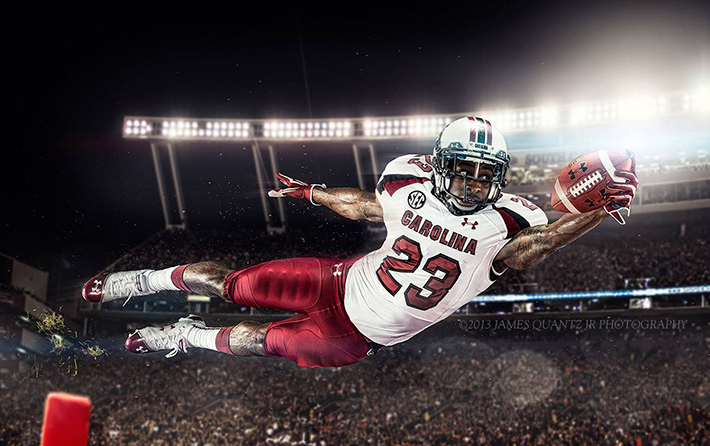 James quickly listed the equipment he used and he also explained where he shot the background plates (used for compositing later).

"I used at Nikon D800 w/battery grip to try and squeeze out an extra frame or two per second. Lighting was 7 Buff Einsteins for their insanely quick flash duration to freeze the action. Modifiers were a mix of 4 silver PLM's, a beauty dish, and two gridded reflectors. I shot tethered with Tether Tools cable and table to a Mac laptop running Capture One software. Lights were all synced with Pocket Wizards.

Backdrops were captured previously during a night game with the intention of using them in a project like this. Everything was then retouched and composited by myself for the final images." - James Quantz Jr 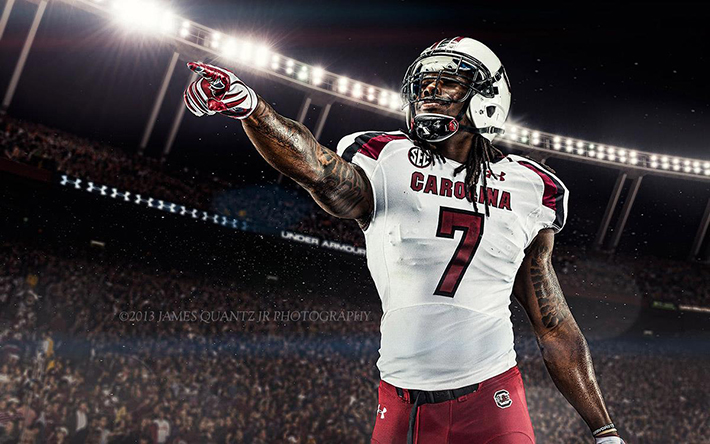 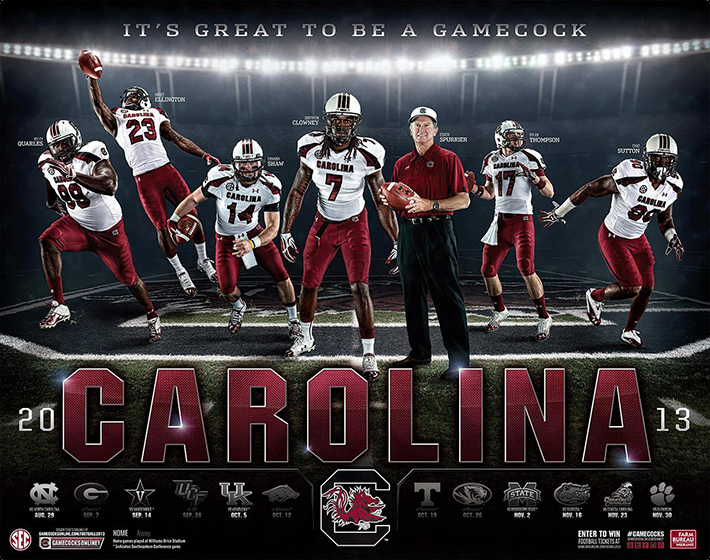 You can find James on his Twitter account or his Facebook page where you can check out some more of his amazing work. If you have a behind the scenes video, photo series or video project you would like to share on the website feel free to email me at rebecca@fstoppers.com

Photos copyrighted by James Quantz Jr and used with permission.

It's listed with a link on the Vimeo site.

It was Petapixel, last of April, where I first learned of this BTS.

What a great BTS!

Thanks, Timothy! The guys at http://www.dustground.com put that together for me.

Thanks, Gerald, it was a blast to make!

Wow, i need to get out and assist more.

The best part, in my opinion: "Everything was then retouched and composited by myself for the final images." It's nice to see a guy who takes it from concept all the way to finished product by himself.

It's twice the work but I like to try and be a one-stop shop.

Kudos for having the stones to be in the same room with JaDaveon Clowney. He is a cyborg.