You may not have known it, but I'm certain you've seen a Norman Seef photograph. What photo do you think of when you think of Ray Charles? He shot that. Carly Simon? Yup. Steve Jobs? Seef again. After reading our own Douglas Sonders' article on how short the window of time is when working with celebrities, seeing how much Seef could get out of his subjects is awe-inspiring. In his recent interview with Rolling Stone magazine, Seef states that he would rather shoot his famous subject in front of a plain backdrop and get their personality to come out by talking to them. 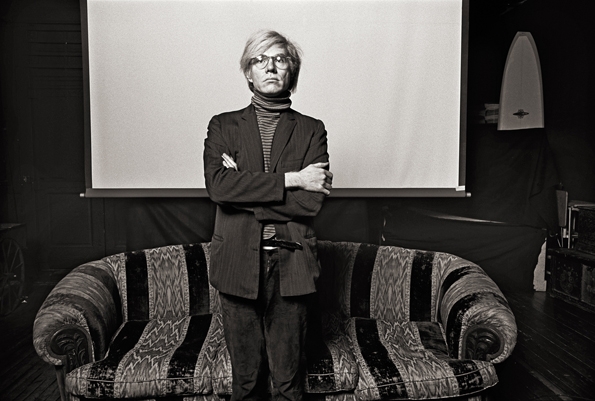 Through Smith and Mapplethorpe, Seeff met this eccentric pop artist, whom he photographed at Warhol's place in 1970. "Andy was a body whose mouth never moved," Seeff says. "He did whatever I said, but no emotional interaction there." Never trained in photography, Seeff said he was beginning to learn how to interact with subjects when he shot this. "Thank goodness I learned early on it's not about cameras; it's about the relationship and your own observing devices." 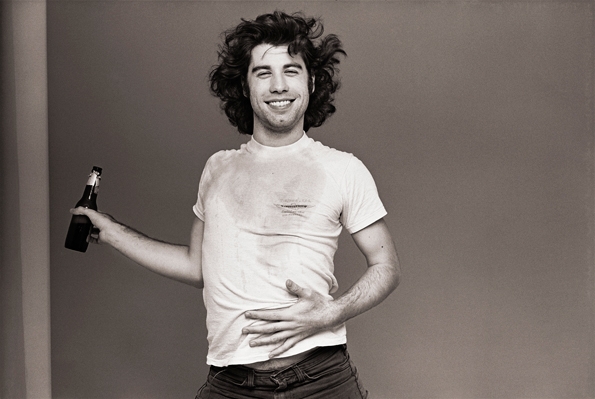 Just before Saturday Night Fever made him a mega-star, Travolta's management decided he needed to be shot by a rock & roll photographer, Seeff explains. "I was in the early phase of trying to figure out how to get people to relax in front of a camera," he says. "And I was doing pretty trial-and-error, radical stuff, like throwing a pie in Frank Zappa's face to loosen him up."

For this shoot, he doused a willing Travolta with a bucket of water. At one point, he says, Travolta discussed his upcoming dancing role. "He said, 'What do you think of this pose?'" Seeff remembers. "And he put his arm up and, thank God, I said, 'Oh, I think that's great.'" 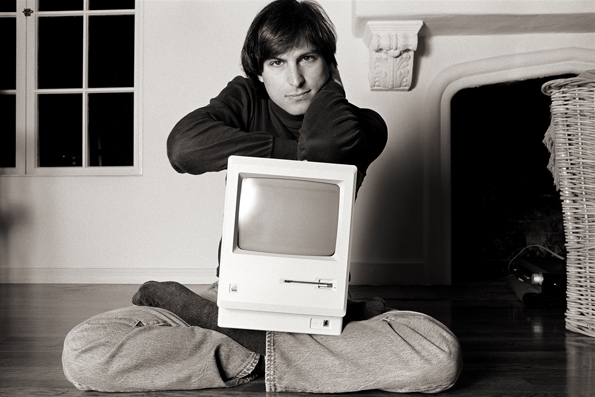 Sent by Rolling Stone to shoot a tech company with an atypical approach in 1984, Seeff began shooting group shots of "this commune of kids" at Apple, Inc. Eventually, he managed to get one-on-one time with the company's 28-year-old millionaire co-founder. "We were sitting on the floor, drinking beer and chatting," he says, "and at one point, he ran out and came back with this computer – which I'd never seen at that point – then plopped down into this lotus pose and put it into his lap."

The photo had a rebirth – used on the cover of Time and the back cover of Walter Isaacson's best-selling biography – after Jobs died in 2010. "We weren't thinking, 'Okay, let's make you into the guru, spiritual leader with your thing,'" Seeff adds. "It was just one of those moments." 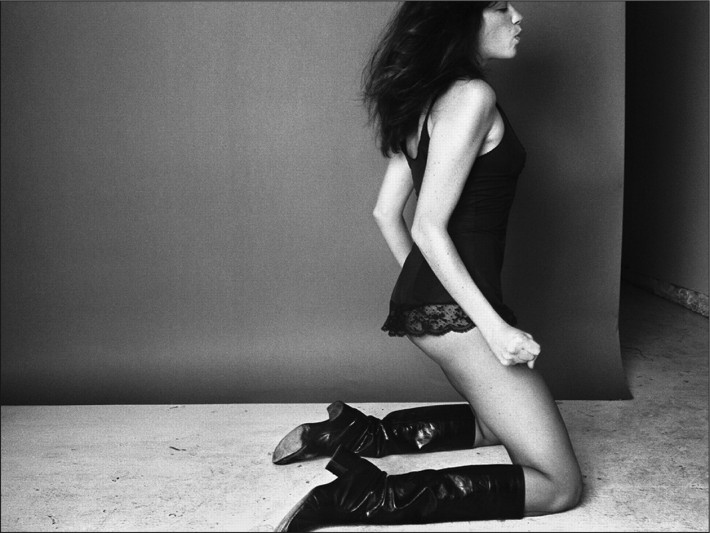 While Simon's 1975 album Playing Possum didn't generate much enthusiasm, this shot garnered a reputation as one of the sexiest album covers of the era. "The weird thing is, she was terrified before performances," Seeff says. "But in front of the camera, she had no inhibitions whatsoever. At one point she goes, 'I've got this little teddy under what I'm wearing.' And I said, 'Well, that sounds great.'" Simon danced, then began doing yoga poses. "And that was at the end, when she's coming up, and her head had gone out of the frame."

Editorial Photography / November 24, 2018
How I Shot This Fall Editorial in My Living Room

Damn. There are a lot of really good shots in that gallery. *thumbsup*

I can really appreciate that photo of Ray Charles. The piano keys reflected in the lenses is something we tend to do now with Photoshop. I mean, this man is BLIND and he somehow gets this photos with him at the right angle, the right moment for the reflection to be seen AND with the subject in a great smile! You can't teach all of that to someone. What amazes me as well is the fact the the top and bottom photos have the top of the subjects heads cropped off! They could be technically criticized for that but, they work marvelously. Just goes to show that "the rule of thirds" and things like cropping go out the window when a photo just grabs you. It almost becomes an illusion in that you don't notice these things, the image is too powerful.

So for all of you that are looking through the viewfinders and LCD screens and repeating the "10 Necessary Steps to a proper photograph" in your head.....all at once, remember this.

These are MOMENTS. Moments that a 1/2 second later would have never happened because they didn't! You missed them! I try my best to think of my camera/lens as not even there when shooting. My finger on the shutter release only serving as a "go" or "no go" button of sorts. You know how John Lennon once quipped "life is was happens when you're busy making plans"? I think of photos that way too. The best ones happen when you're not thinking so much and you're subject isn't either.

These above photos also remind me that B&amp;W is the only way to go. I sold 2 Nikon DSLR bodies and 7 of their top lenses to purchase a Fuji X-Pro 1 and 4 lenses for it. I shoot it only in B&amp;W (well, I do PP with Silver Efex and DXO) and usually jpg's direct OOC. I can't say enough how liberating it is!