I'm Falling Out of Love with Adobe and the Creative Cloud: Part 2

Late last month I did a post on my ongoing problems with Adobe and the Creative Cloud software and apps. I sometimes find Photoshop unreliable, as well as Bridge. I've also had numerous crashes with the Creative Cloud app too. There were a lot of good comments on my piece, and I also attracted some of the good folks at Adobe who were anxious to weigh in on my experience, which I welcomed.I first heard from Mark Little, a Senior Product Manager at Adobe. He suggested a conference call with some of the support team, and I readily accepted. First thing we looked at was an old install of Bridge which I had uninstalled and it could not be eliminated from my Mac Pro. The call included support people who suggested I try some things, and they weren't able to delete the old app because it was "in use". They tried some of the same things I have tried over the months, but they could not get rid of it. They're going to work on this and get back to me. It's some zombie process and it has us all scratching our heads.

They were aware of the odd blank white screen I sometimes see when Bridge launches. They've seen it before, they think they know what is causing it, and hope to have it solved in a future update. They were intrigued by my Creative Cloud menu bar app that keeps announcing it is damaged and then offers to repair itself. I'm logging what that app is doing and hope to capture the failure.

I've also heard from Roman Skuratovskiy, Group Manager, PR, Creative Cloud. He's been most helpful at addressing some of my other thoughts about how Adobe could improve. On the conference call I mentioned that the Creative Cloud app takes too many resources, and is used for marketing. When I open the app, I'm not ever shopping for Stock Photos, and simply wish I could see which apps need updating. Adobe agrees, and has had similar feedback from many other photographers. The word from Adobe is "We can’t comment on timing for the CC app update other than you’ll start getting improvements in the next few months.” Good enough. 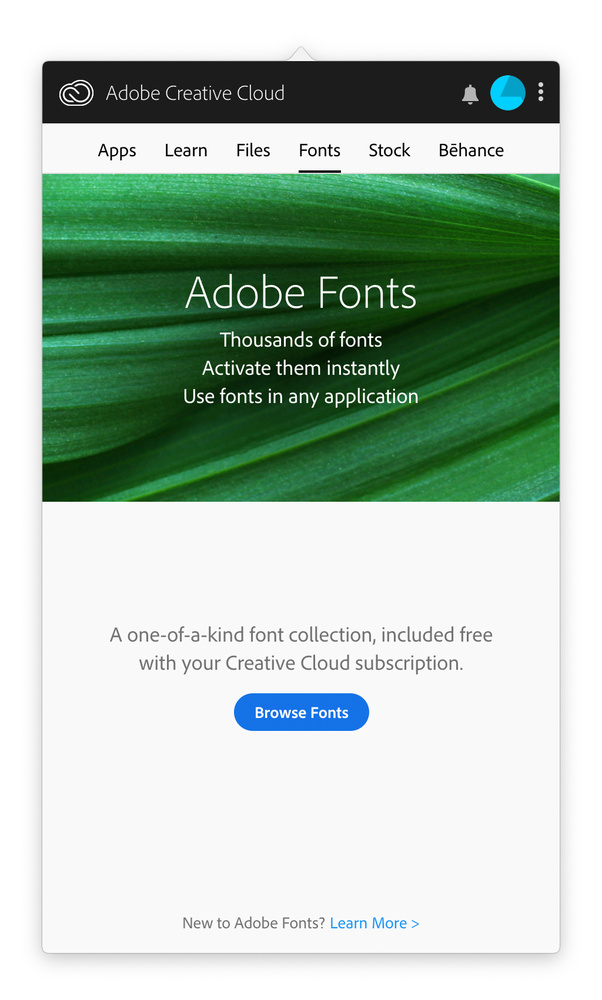 My impression is that they know the Creative Cloud app is not popular with professionals or serious users. I'm certain changes are coming. I think the marketing pages on the app will be reduced or eliminated. At least, in a future update, you'll be able to decide what page comes up when you access it.

I also complained in my last post and to Adobe about their support crew in India being hard to hear and understand. In fact during the Monday conference call Adobe support was asking me questions (from India I presume), and as usual I had trouble understanding what was being said.

Adobe says they get few complaints about their support, but they added “our support needs to be better, and we have prioritized new initiatives to launch better customer forums, direct real-time chat with support agents, and more. Stay tuned.” OK, I'll stay tuned, but if real time chat means typing into a window I can't think of a more inefficient way to communicate.

I also talked to Adobe about the stability of Photoshop on the Mac OS platform. Skuratovskiy wrote me that "our data shows that we have actually reduced the crash rate in Photoshop by 29% in the past year. An overwhelming majority of Photoshop users experience zero crashes in a month. That said, we are always looking for ways to reduce crashes further." I'm sending Adobe logs to see what they can discern.

My impression after talking with Adobe is they take the complaints seriously. I don't think they'll ever move North American support to North America, but they can find better communicators wherever they are calling from.

While crashes are reduced according to Adobe, there are still too many crashes and bugs. In my own use, and talking to other photographers, it really can't be blamed on the Mac OS, as our other photo apps run quite well. I sense Adobe is aware of this and working on it. I doubt Apple is completely blameless, but I'm sure Adobe and Apple have each other's phone numbers.

I was gratified Adobe contacted me, and it shows that these software companies follow us here on Fstoppers. I'm not ready to jump the Adobe ship just yet, but I'm keeping my life preserver nearby, while hoping things improve.  I applaud Adobe for listening to our readers' issues and working to formulate a plan to improve. 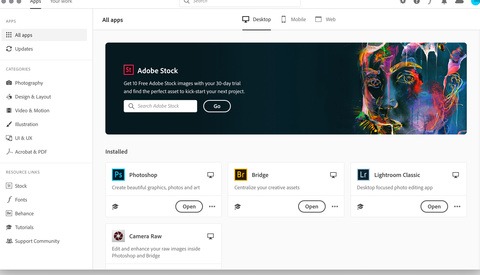 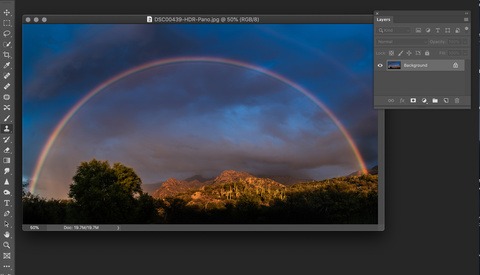 Critiques / March 29, 2019
I'm Falling out of Love With Adobe and the Creative Cloud 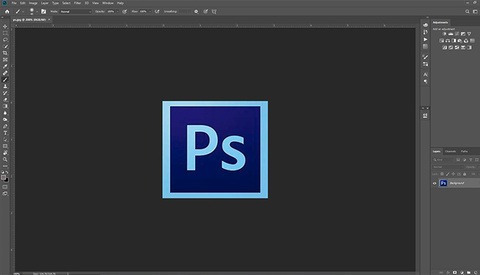 Opinion / March 26, 2020
Why We Should All Be Grateful for Adobe
Premium Photography Tutorials

I'm running a 2016 Macbook Pro and a 2010 Mack Pro desktop, both running High Sierra. I have been using Lightroom Classic CC and Photoshop CC for several years. To date, I have not had a crash from either (knock wood). But that's not to say everything runs perfectly. Every so often, it becomes necessary to restart LR because it just slows down so much. And the LR Spot Removal Tool is such a resource hog that if I take out even one dust spot, the tool (but only the tool) comes to a screeching halt. But that seems to be the only problem I have (fortunately).

To add to that, I might point out that both programs run almost all the time on both computers, along with multiple instances of Chrome, and a couple of other things.

I guess what this means is that I'm just not running either maxed out. Lucky, I guess.

I can't recall the last time Photoshop crashed on me on Windows. Premiere though? OMG. I just built a new i9-9900 system with 32GB RAM a few months ago and it's sad to see how many performance issues were not fixed by an upgrade of my old system. It just crashes during random simple things.

I have an open ticket since month because Photoshop is lagging a lot with pinch to zoom or when I try to move an image with two fingers (touchpad user). When I use the magnifier it’s pretty quick. So it’s an software issue with Adobe, because I don’t have that issue in any other software.
This ticket is open really long. While the first support call was very promising and felt like very professional, the longer it takes the more often they ask me to do the same stuff I have already done....

When I compare it with Affinity Photo, it’s super slow. I realized that during one of my workshops, when I did the same action on the same image on both pieces of software. I just wanted to show both platforms for Affinity and Adobe users. People started laughing because of the speed difference.

But I never had crashes and Lightroom is pretty fast on my MacBook Pro.

Recently in Photoshop the Save For Web dialog stopped retaining my settings. So every time I close the app it will reset to GIF and a quality of 60.

So freaking annoying, would love nothing more than to stop giving Adobe money every month for such mediocre service.

For years I kept the whole creative suite of stuff that I dont need and secretly used something better, because of the name. Too many brainwashed people think its thee one and only professional choice. In reality it is complete all in one photo shop for dummies. If you ever did anything else before ,you would surely be disappointed. Its like the difference between shooting in auto mode all the time versus getting the results because you are a master at shooting in manual mode. I may use five different software programs to edit a video.I might use two or three photo shops.I learned how to make it all happen before I tried the be all end all complete photo shop for dummies.I am a photographer, so I don't need all the graphic arts stuff.Since I've been flying a drone, I am finding that Adobe is indeed unpopular.Photoshop possibilities are everywhere. I can do a quickie edit on a photo in a gallery in my website editor, the fun effect stuff, monochrome, color filters.Hello windows editor is perfect for a basic edit and my Canon camera software has an editor too. I was weened on using multiple photo shops, thus I could have each of them open in different windows all the time. Adobe limits how many times you can have it open at once. That alone is disappointing to me. That was the deal breaker time and time again. When I am out in the field and my travel computer needs to photo shop and my other home computers are signed-in it was a nightmare getting signed-in and cancelling the other sign-ins.Deal breaker again.Most often I used another photo-shop that was accessible.

I have not had a problem with ACR or PS CC freezing, etc. I continue to use Windows 7 and plan to do so as long as possible.

There is an increasing number of photo editing tools available. I have tried many of the other programs and with a few caveats do not believe that they offer a meaningful improvement to PS.

I continue to believe that the periodic updates offered by Adobe CC and the quality of the program make PS the standard against which others are judged.

Having said so, Capture One Pro is an incredibly competent and excellent program with the layers approach that is missing in LR and ACR. The learning curve with Capture One Pro is a bit steep- but if one takes the time the program is easily learned and applied.

It is disturbing to note the difficulties that some MAC users are having with LR and PS and wonder if there is a problem with the MAC OS and how such interfaces with LR and PS.

I operate on a mac too and am having mine constantly crash on me too. Just this night in fact I had PS open for less then 5mins! It crashed :/

Since 2 years ago I move from Mac Pro (best configuration), to HP workstation Windows 10 - no more crush!
High speed work, good memory management.
I am Happy.
The support in India by phone is real crap, and I able to solve my licencing problem by online chat.

They are aware of this issue, but have yet to solve the problem. I have photos I recently shot for a book project that need to be edited. This issue, if not resolved soon, will likely push me away from Lightroom to Capture One Pro, which from everything I've read is far more capable and more stable than Lightroom anyway. I've been meaning to give it a try, but change can be hard to fit into the schedule. Maybe I should be thanking Adobe for giving me the reason to work it in.