Lumoid.com: Pay Less to Rent and Buy Later If You Want

When you’re backed by the likes of Silicon Valley superstars like Youtube co-founder Jawed Karim, Y-Combinator, and a half-dozen or so other techie entrepreneurs, you know you’ve got something good. That something good is Lumoid, which rents photo gear at unheard-of prices, especially when you add in a few perks...

Fstoppers sat down over two cappuccinos at Epicenter Café with Founder and CEO Aarthi Ramamurthy to get all the details on what got her started and how she keeps it going – all while still turning a profit.

But first, to understand what the big deal is about, let’s do a quick comparison.

Nikon D800 for 3 weekdays without insurance:

You pay for weekends with Lumoid, but the rates are so much better, you’re still saving 10% in the long-term and upwards of 30% on short-term rentals. While some companies have good deals on weekend rentals, Lumoid still comes in a few cents cheaper for your weekend trips. 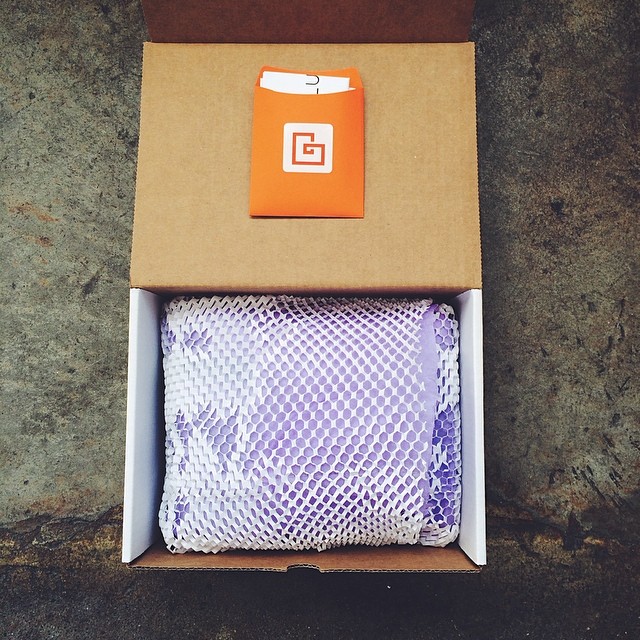 Customers send in pictures they've taken with rented gear as well as photos of gear arriving in Lumoid's contemporary boxes...

So how do they do it?

Lumoid began less than a year ago and only opened its doors to the public (beyond its initial invite-only stage) this January. So it’s fair to say they’re an incredibly young, brand new company. While that may be reflected in the somewhat low variety of lenses or camera systems available, they’re constantly growing the list (a light kit was just added since I began researching Lumoid a few days ago). And with a month-over-month growth in sales that’s so healthy I can’t disclose it, it’s hard to see anything that will stop them from continuing offering a more diverse outfit of gear.

Part of Lumoid’s business model includes allowing people to buy the items they rent. Purchase prices are on par with what you’d expect from a reputable used camera dealer, such as KEH.com. An impressive 20% of Lumoid’s rentals result in a purchase. And in the end, this certainly helps their bottom line.

While you can buy the gear without having to return it, renting the gear always puts a pretty amazing 30% of the rental price paid toward a purchase with Lumoid. That means you can rent all year long and before you know it, you could easily have enough for that extra 50mm.

Still, Lumoid has to make money on the rental side. And that’s the “special sauce.” Lumoid partners with local camera dealers who have unsold inventory in their shops that just sits there, despite being in completely useable and great condition. "We're like Airbnb for camera dealers," Ramamurthy said after placing her cappuccino down, now-empty. While their gear isn’t being used, these partners work with Lumoid to rent out their extra bodies, lenses, flashes, and other accessories. Dealers both large and small get another opportunity to put gear in front of customers, often times being able to convert that rental into a sale, too. So they’re all for it.

These partnerships, combined with Lumoid’s standard inventory, help broaden not only their stock, but also the variety of items they can offer to their customers. Every item is still tested, every battery charged, and every 32GB memory card included with each body that's accounted for before gear ships out.

While Lumoid only shows prices for standard shipping, they do offer faster services if you contact them. A friendly, always-available chat window on their site will link you directly to the team in the office. Ramamurthy remembers, “One time, we had a customer down in Milpitas that needed gear the next day, but it was past the cutoff time for shipping. So we drove it down ourselves.” She then showed me a photo from Lumoid’s Instagram showing a “Thank You” note from that renter. 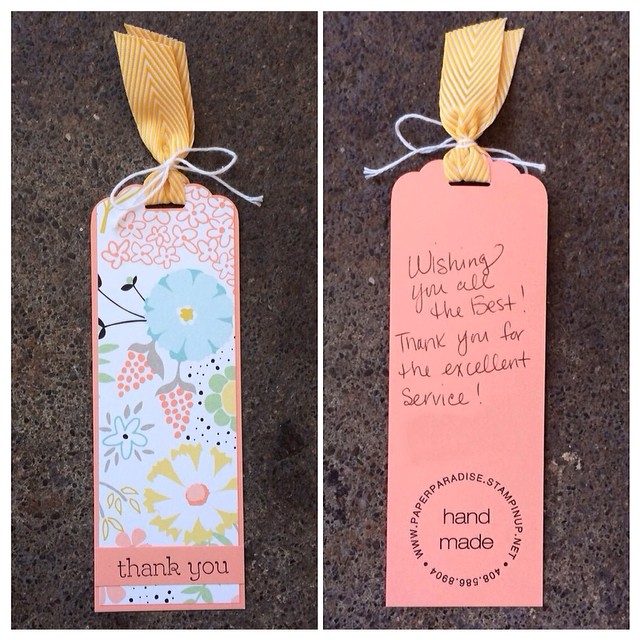 The relatively small team of four full-time employees, including Ramamurthy herself, isn’t too short-staffed for fantastic customer service. Any doubts I had about that went away with a visit to their humble offices with plenty of start-up feel, separated from San Francisco’s Moscone Center only by Rayko Photo Center and a couple of the city’s one-way streets. “We get at least one of these notes every week,” Ramamurthy added as she handed me customer notes sent back with packages of rented equipment, unpinning them from a white board in the middle of the packing room. 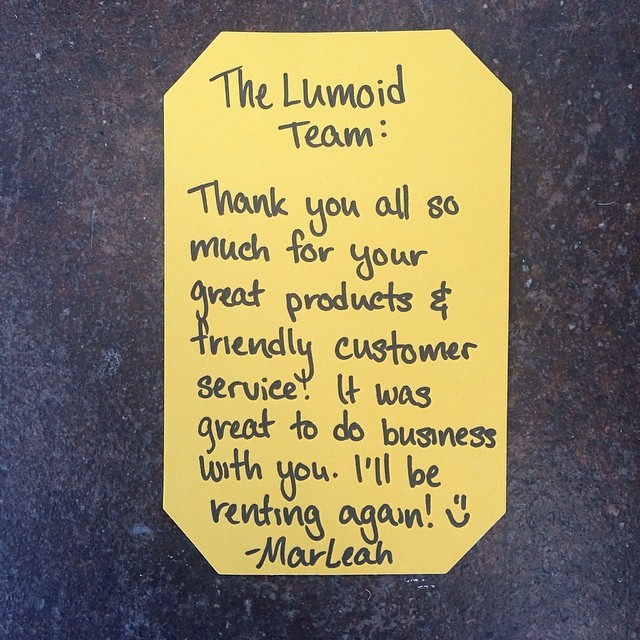 Pretty soon, Lumoid will expand their business with local workshops and online tutorials. In fact, if you’re in the Bay Area, you can already grab tickets to their first workshop, Get More from Your GoPro (Gear Included), at Blue Sky Studios, led by Robert Newman.

In the end, Ramamurthy found a way to combine a great rental service with a great way to buy quality used gear you can trust. Lumoid is upfront about the shutter count of bodies and condition of their used gear, and they price accordingly while giving customers a cool way to easily save up for the next bit of dream gear.

Describing and summing up what role Lumoid fills and what it does, Ramamurthy said, “When it comes to buying used gear, you have places like eBay and Craigslist, which can be a little sketchy. And you don’t know where the gear has been or if it really is good. I just wanted to create a cheaper and easier way for people to try gear and then buy it. Think of us like Carfax, but for camera gear.” 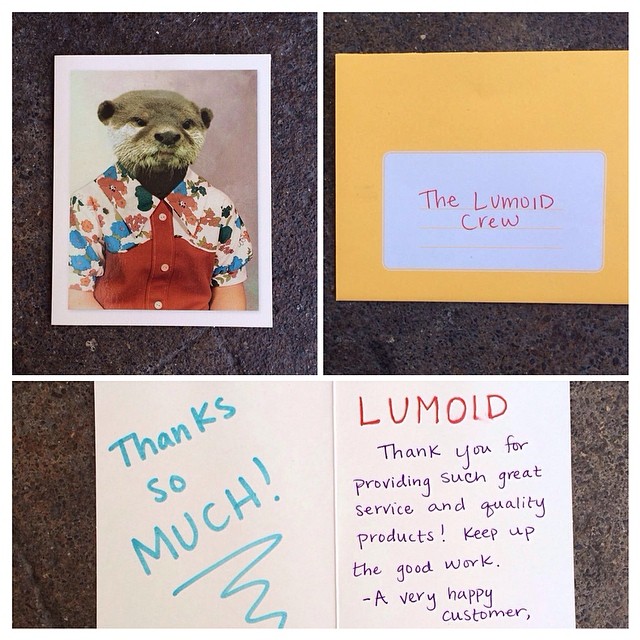 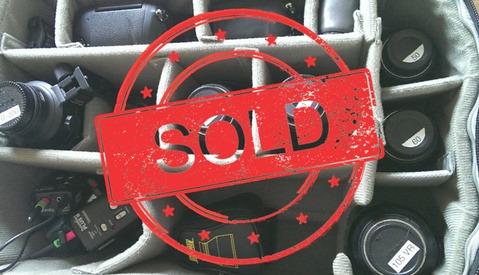 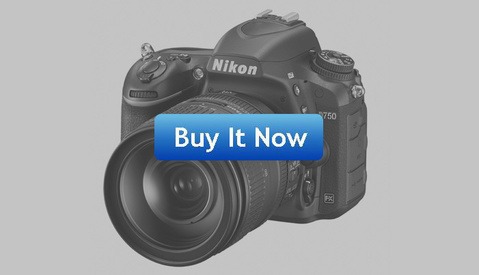 Business / July 30, 2015
Why You Shouldn’t Buy Your Next Camera from the Gray Market and Why Those Nikons Aren’t Really ‘On Sale’

When I first heard about Lumoid a few months ago, the prices looked impressive because they list their prices as a daily rate. However, once I added things up, they weren't cheaper than LensRentals.com. Competition is a good thing, though, and I will compare prices the next time I rent.

Hello, thanks for the feedback! We're working on providing a better pricing model for longer term rentals, while keeping the simplicity of daily pricing. Stay tuned, and we'll have an update soon. Thanks for checking us out!

Lumoid let me down and I can't trust renting from them
again. My first Lumoid rental of a 5d Mark III and a Canon 24-70 f/2.8L II USM
Lens on June 3rd was very smooth and I ordered one again on June 9th for a rental
on the 13th. I called Lumoid on Weds the 11th after 3 PM PDT when I didn't get
a shipping notice. They said that FedEx had messed up and that they were going
to pay for overnight shipping on the 12th so that I would have the camera and
lens on the 13th. I received a shipping notice, but the FedEx tracking number
didn't show any progress on Friday so I started getting nervous and called
Lumoid. Again, I was assured that the package was shipped and that I would
receive it before 8:00 PM. I called FedEx at 7:00 PM to check and they said
they couldn't do anything until after 8:30 PM. At 8:35, I called FedEx and
spoke with someone who said that Lumoid purchased the shipping, but never
called for a pickup. I then called Lumoid and left a message that I was in
trouble.

I receive a call from someone at Lumoid around 9:45 PM who
offered to pay for a local rental, but I had an early morning client and
couldn't wait until 9:00 AM when the local store opened. Besides, I would have
to setup and test the camera to make sure it matched my 5d for the two camera
shoot. The Lumoid person was very nice on the phone and offered me a $50
discount on my next rental. I was pretty upset as this client was pivotal for
our business and reputation with a large group of potential clients. I have a
XF305 that I've never been able to match perfectly to the 5d and knew it would
require lots of time to color correct 2 hours of business video footage shot
indoors and outdoors.

I felt I needed more compensation for the frustration, stress,
loss of time and potential customers. Zachary offered a free next rental that
Monday and I let him know that wasn't close to covering my losses and suggested
they cover the next four rentals to partially compensate me. This has been
going on now for two weeks and he has yet to get back to me this week when he
promised he would call on Monday. The issue is that they again blamed FedEx as
the reason my shipment didn't arrive. I don't feel like they really care about
me as a customer and of course I'll be renting in the future from a company
with a well-established track record. I hope that no one else has to go through
the stress and expense that I experienced and that they get their act together.

Amazing Idea! I hope that Borrowlenses.com starts the "credit toward purchase" idea, that would be awesome.

Thanks for the great piece on Lumoid, FStoppers. We're pretty stoked here :D

If you work like airbnb, then your customers are at the mercy of each individual supplier? Correct? Vs lensrentals.com that actually cleans and services everything themselves. So if I rely on your company, than I am really relying on whoever your doing business with. Do I understand this correctly?

Hi Christian, we are responsible for every order that goes out. We pick, pack and ship the items. So we are entirely answerable to the customer too.

Thank you. I was hoping it worked like that. In essence, dealers send you excess inventory, you inspect/clean and "bless it" to be used.

Finally! Others do this with instruments and computers why not cameras

Rentals are always a great option. I like the idea that you'll place some of the rental towards a purchase if need be. But the selection (at this point in time) is way too limited for consideration. The longer glass people can't afford 300+ is the items one would look for IMO.

Good luck with the venture.

Thanks for the feedback, John. We are expanding our selection gradually, and will soon have longer glasses too.

Was interested but saw no nikon tilt shift lenses so I stopped looking. Sadly those are the only items I am really interested in renting at the moment but will surely come back to the site in the future to take another look.

Hi Austin, sorry about that - we're stocking up more lenses as we speak, and we'll get Nikon tilt shift lenses there as soon as we can.

Cool idea for sure, but have to say I'm a bigger fan of the LensRentals HD program. Also, while their selection is all well and good for basic to moderately advanced kits, they just don't have the inventory yet of other rental houses–for instance 1D/D4 bodies or super-teles over 300mm. Most people don't need that kind of gear, but I'd love to see other loyalty programs start popping up.

Great article that comes in at just the right time! I'm going to rent a 5DMK3 for an upcoming wedding. Will give these guys a try!

I dont see the Pay less here? and i dont work for lens rentals but the title dont tell the whole story,