I'm Falling out of Love With Adobe and the Creative Cloud

Photoshop and I go way back. I had the first version in 1990, and it has served me well as a photo editor for both my landscape and deep sky work. Over the last couple of years, though, every time I use Photoshop or Lightroom in their Creative Cloud versions I can't help thinking something is wrong.

The software is increasingly buggy, and new versions fix some things and break others. If you'd have asked me 5 years ago if I could live without Adobe's photo editors I would have said no. Today, I'm rethinking the value proposition of both Photoshop and Lightroom, and new editors like On1 and products from Skylum have forced me to rethink my marriage to the Adobe ecosystem.

Let me start with bugs. There are lot's of them, at least on the Mac side, which is, after all, the original platform Adobe wrote their software for. About a year ago I was having problems with plug-ins. Sometimes, after a Photoshop update they simply vanished. I called Adobe and they responded that plug-ins weren't their responsibility and that I should call the plug-in developers. But then, magically, a new PS update fixed the plug-ins. It was Adobe, not the plug-in developers. I sense Adobe has made several changes to their plug-in architecture.

Using Adobe Bridge pops up a big blank window when it launches. It sits there and then goes away. Maybe it's an error message that never forms. Maybe it's an invitation to go play golf. Who knows? It shouldn't be there, and I've has been through several updates and the blank window remains. Photoshop randomly slows down with even simple tasks and no other applications s open. Lately, I have gotten several warnings that the Creative Cloud app is "broken" and needs to repair itself. These kinds of issues stop my workflow cold, and for years Photoshop and Lightroom were stable and not something I had to worry about. Now it's click and pray.

Here's another example of complete frustration. I noticed an old copy of Adobe Bridge on my Mac, pre CC days. I put it in the trash, and now can't delete it because it's "in use". I tried the Adobe uninstaller, (no dice) and every terminal trick I knew (nada). I can't get rid of it, so every time I empty my trash it's still there like some persistent zombie.

That brings me to support. You can still call Adobe and get a real person. That's a good thing. But in the last few years I've never gotten a native English speaker. I'm all for full employment, but I have to ask these people 2-3 times to repeat themselves so I can understand them. I'm having some issues with Photoshop now, but I'll be damned if I'll call and struggle to understand what I'm hearing, and be forced to go through an irrelevant script of actions that don't relate to the problem I'm having. This just isn't working for me. I don't care what country the support people are in, or their nationality, but they really need to speak English clearly. I know it's cheap for Adobe to farm out support overseas. Likewise, it will be cheaper for me if I drop my CC subscription. Cost savings work both ways.

I'm also a little aggravated about some little things. In 2016 Adobe demonstrated what looked like a terrific sky replacement feature. 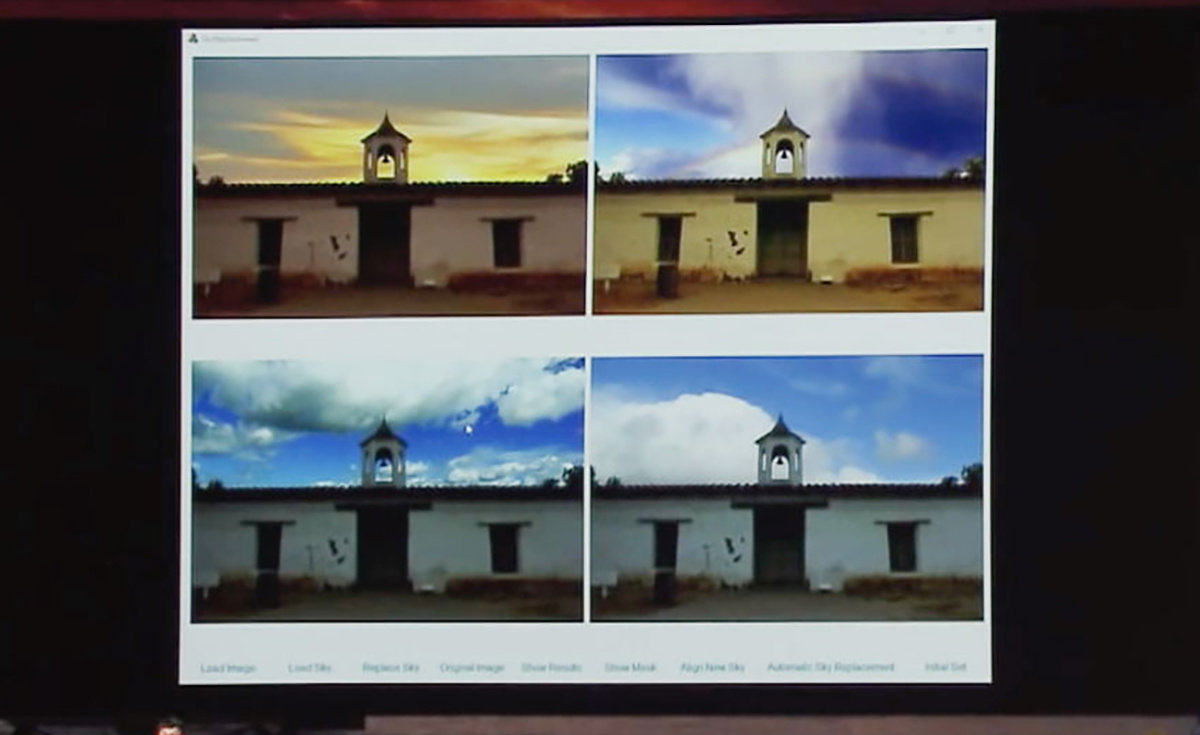 It was greeted with much praise and applause. Here's a video link to the demo. The feature never arrived. There have been more things shown over the years which we are still waiting for, but I won't bore you with a long list. It's OK to not go on to develop a feature. How about an Adobe web page that gives us the status of these things?

The Adobe Creative Cloud app itself is buggy and intrusive, and sucks down computer resources. It's always running in the background. Worse, Adobe uses it to market stuff to me, The app serves no real purpose with the way i work. Individual apps should update on their own. They don't need another app supervising updates and the app just creates more problems and frustrations. 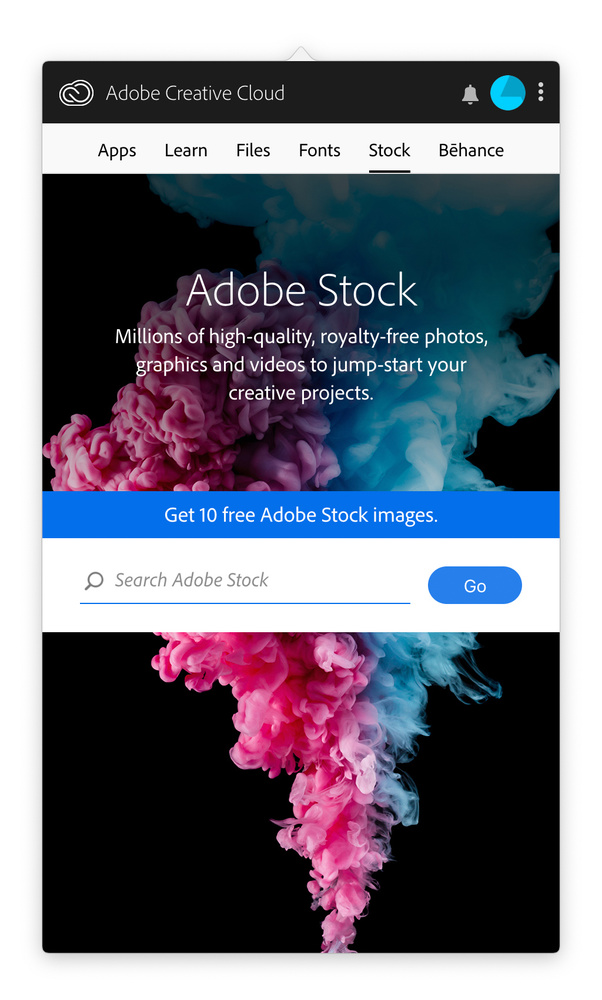 Speaking of marketing, since Adobe has my name and email I'm getting a lot of spam from them (they probably don't consider it spam) along with pitches for Adobe products I don't want. I'm sure there's a way to stop the barrage but I'm afraid I'll miss some important message I'd like to read.

For many years, Adobe had no competition. That's no longer the case. I'm slowly evolving to On1 for cataloging and raw processing. It's not perfect, but it seems to be moving faster in adding new features and its been quite stable. I'm using Skylum's Aurora for HDR work, and Luminar when I need some light effects editing. At some point soon, it's likely I will kiss Adobe goodbye, but I'd rather Adobe stop the slide.

I appreciate all the many contributions Adobe has made to the art and science of image editing. I don't find the subscription price for the photography package exorbitant in any way, but Adobe could raise the pricing at any time, and they likely will.

So that's my Adobe rant. I'm glad to see meaningful competition appearing, like the aforementioned On1 and Skylum products. Other editors, like Affinity. On the Mac side there is also Acorn and Pixelmator Pro. On the Windows side there is tne suite of photo editing tools from Corel and more. No, at this point they aren't true Adobe competitors in all aspects and feature lists, but they are getting there. The reality is I can get the same results I've been getting from Photoshop/Lightroom in my workflow using On1 and the Skylum apps when needed. Even better, these apps have some features Adobe doesn't offer.

Adobe must be worried about their position, and that's healthy. In the last couple of months I've had some surveys from them about my Lightroom experience and Adobe overall.

If Adobe really wanted my opinion, I'd strongly suggest:

Make no mistake, Adobe has been, deservedly, the leader in digital imaging for a long time. It may be working great for you, but for this everyday photographer and editor I'm seeing far too many issues.

I'm hoping Adobe will clean these things up, or soon I'll be moving on. I'm sure there will be many comments pro and con and I'll be interested in reading them.

So, if you're "falling out of love with Adobe," why don't you just leave already? There are other alternatives now.

Silly comment. Because I am trying to get Adobe to improve the product. I've used it for years. Adobe has it in their power to make it better. Adobe has contacted me personally and I'll have a conversation with them about the issues I've identified. If they make changes, that's good for every Adobe customer. Suggest you chill. Your 'love it or leave it' philosophy is really not appropriate here. Just sayin'.

Another one with the 'just leave' philosophy. Really? After 3 years of personal time investment I'm supposed to just leave because Adobe is failing me. I would have 'just left' if this suite of programs failed like this 3 years ago, but it's not quite so easy now.

I do photography and graphic design as a hobby. Besides the bugs in Adobe CC they just simply priced me out of the subscription platform. I purchased Affinity Photo and Designer and couldn't be happier. Affinity also has Publisher in beta version now. I shook off the Adobe shackles. Greed is not my friend.

On PC no problem.

Photoshop is just the peak of an iceberg. Imagine - for all those years, Illustrator has different shortcuts than Photoshop... and then multiply it by a number of Adobe apps - this is Adobe "experience".

I have been one of those die-hard holdouts using Photoshop CS6 on the Mac. It has worked great for my photo editing needs for five years. But recently the lack of compatibility with later MacOS versions finally forced me to go to CC 2019. I was looking forward to its new features and speed on a new Mac. Instead, what I got was commercialized bloat (Adobe Creative Cloud app), erratic performance, and bugs popping up every week. My work flow is so much slower now, not faster, than when using PS CS6 on an older Mac. I am now trying demos of Affinity Photo, ON1 and others. Even though they only have 90% of the PS' features I need, these companies sense the sales potential of an increasing number of people like me. They are investing in R&D and rapidly adding new features and perfecting existing features every few months. I feel they will catch up to PS soon, at least relative to the features I need. When they do, it's good-bye Adobe.

I dropped Adobe--all of their products--in 2006 when they were expanding and marketing Creative Suite like crazy. They pissed me off with their convoluted versions and lack of customer service. Good options were available for photography, video, graphics and desktop publishing. I took them and haven't looked back.

I do not use any of Adobe's web-based apps, and will fight doing so as long as possible. I do use LR Classic and Photoshop CC, but since I rely more on LR than PS, I haven't experienced the problems other users have.

What does irk me is the subscription model that Adobe went to (followed by numerous other software vendors).

But I don't want to change. Why? Because I use LR for it's cataloging features as much as I use it for editing, and to start a new catalog system for 15 years worth of digital images is more than this old man is interested in messing with. Frankly, I have better things to do that redo all that cataloging.

But all of our complaints are really just a waste of time -- Adobe doesn't care, and the really sad part? Virtually every software vendor I've ever had to deal with from the day I got my very first DOS computer in 1988 has pulled similar, if not worse, stunts.

LR is my DAM and PS is where the editing is contained. Yet I do very little editing with either program.

The reason I can't leave PS is there is no other image editing program to match its use of third-party plugins and the flexibility of its layers. It is not uncommon for me to send an image to PS and then use 5 or 6 other programs from within PS - all contained within the same PSD. (You also get the File History with its complete record of changes made.)

Doing things this way allows me to fully utilize all of my resources while at the same time keeping everything in one PSD and having the ability to finesse the layers until I get the look I want.
Until a program can match that, I'm with LR and PS.

Trust me, Adobe does not care what you, nor me, nor anyone thinks. They are making money hand over fist and that's all they care about.