Destination Wedding Photographer Jonas Peterson and the Art of Storytelling

There is a romanticized dream of what it is like to be a destination wedding photographer. Outside of that idea lies a reality of what it actually entails. It is hard and exhausting work to photograph weddings full-time, let alone fly internationally on a weekly basis to cover them while also hosting workshops across the planet. But what is it that actually drives some of us to quite literally go the extra mile? There is a narrative behind the work you are about to see as well as the individual who has completely redefined the meaning of destination wedding photography.

There was a turning point in my career that I can narrow down to a single "ah-ha" moment one night many years ago. This moment created a monumental shift in my work and perspective that I can attribute to one single photographer. It was late and I was admiring many talented individuals. Then it happened: I came across the first photograph that has ever emotionally moved me. I dived in deeper and was left speechless as if the planets had realigned. The narrative that I could see, the perspective I was viewing, and the tonality of the images in front of me changed the way I would view wedding photography forever. The man who created these images was Jonas Peterson. Through the years, I have continued to follow what he does photographically as well as the workshops which he hosts all over the world. And as these years passed, I continuously found myself in disbelief that the only focus on the internet around Peterson was all centric to his editing and his equipment. Seeing how you can visibly feel his presence in every photo he creates, I took it upon myself to open a dialog with Peterson in order to learn about the human behind the photographs that have touched the lives of so many couples and artists alike. 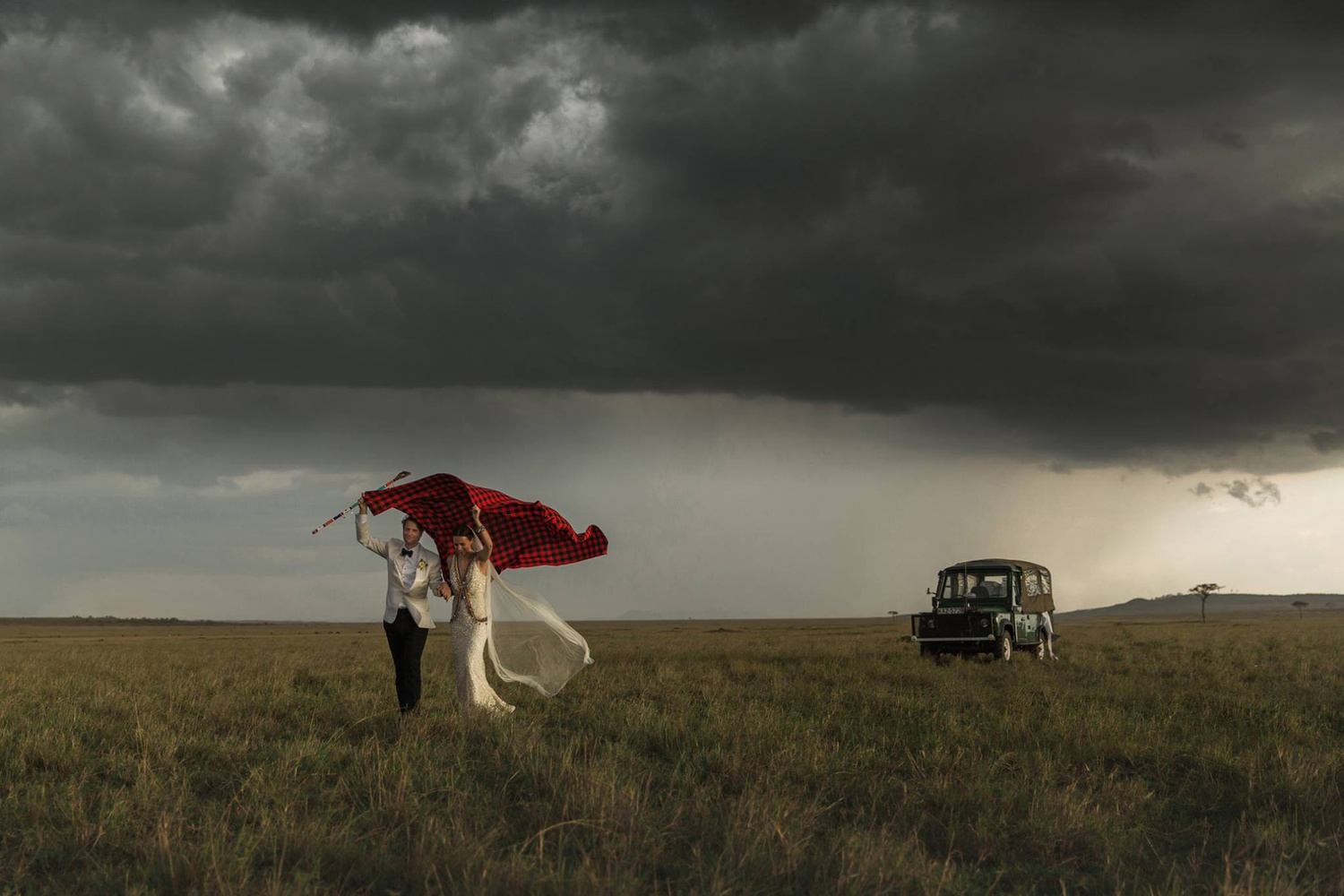 In essence, Peterson has been a storyteller his whole life. He studied drama and acting before he went into advertising as a writer back in the 90s. He worked almost ten years for some of the best ad agencies in the world, won a bunch of awards, and ironically became very bored in the process. "I've always wanted to share emotional stories and here I was working for giant brands, selling stuff to people," said Peterson. Needing to strip things back when he got out of advertising in 2008, he took some time off to find what he was passionate about: stories. "At the time a lot of people around me got married and since I’ve done photography for many years, I was intrigued by the stories wedding photographers told, how bad they were and how poorly they told the stories of the people involved," said Peterson. He felt as though the wedding was one thing and the photography told a completely different story. Therefore he decided to tell the story he knew needed to be told and shot his first wedding in late 2008. Not expecting the enormous response that it had, Peterson adapted quickly and has been on this crazy path ever since.

Eighteen months after I shot my first wedding, American Photo put me on their “Top Ten Wedding Photographers in the World” list together with people who had been shooting for twenty plus years. It was — and is — completely crazy. 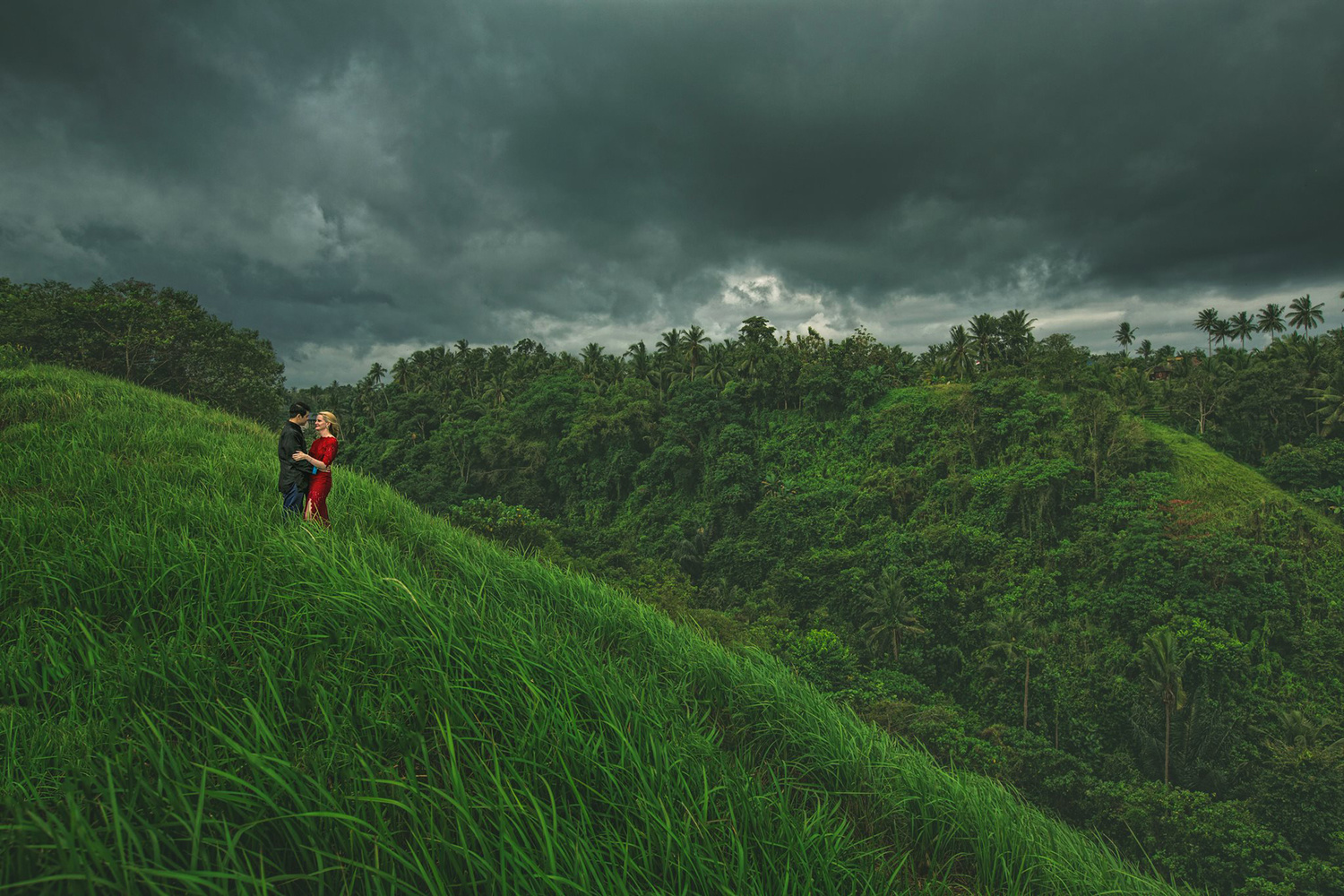 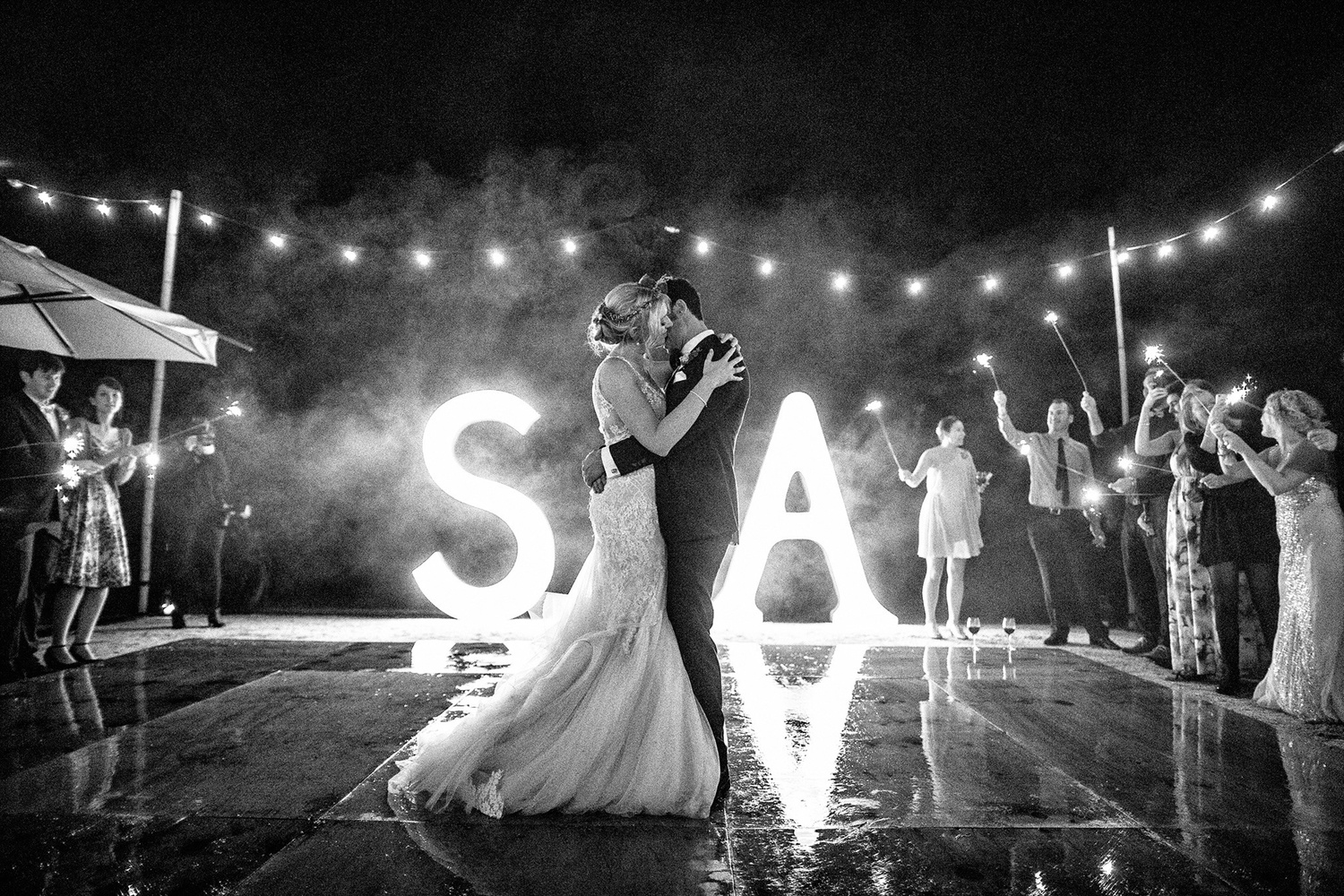 Peterson never expected any of the success he has had. He escaped advertising to avoid the chase for success. Wedding photography was a way for him to tell stories and not have to worry about reaching the top of the world. When he realized he was onto something, the competitive part of his brain kicked in and wanted to see if he could make a difference in the wild world of wedding photography. He does not feel as though he has, or ever will, arrive creatively. There are always new things to learn and perfect. What has he learned? To accept his voice. "I don’t think it’s about finding your voice, it’s about accepting the one you already have," noted Peterson. With this momentum, he began to span out internationally almost immediately. Taking it overseas felt like part of the equation. 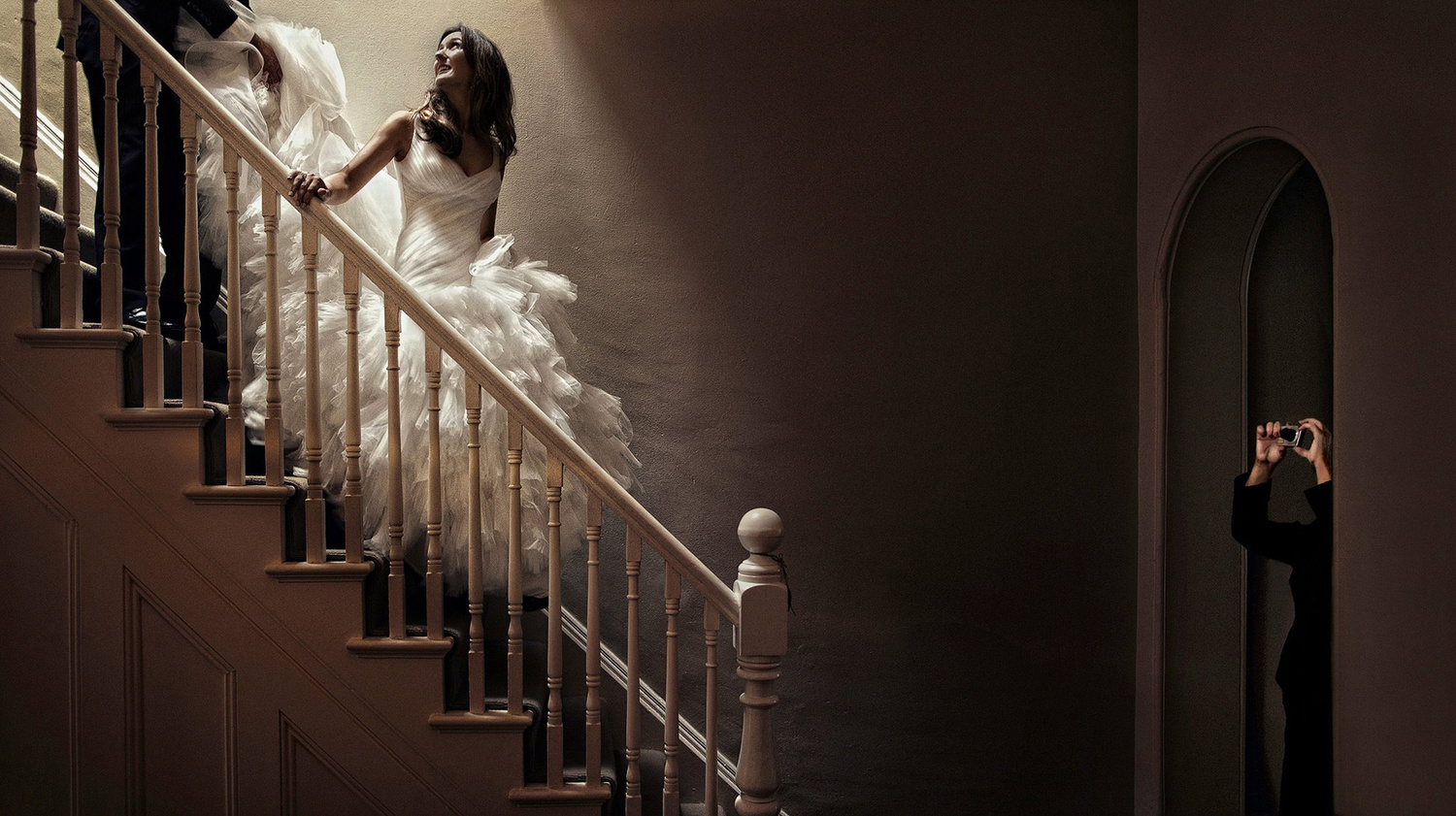 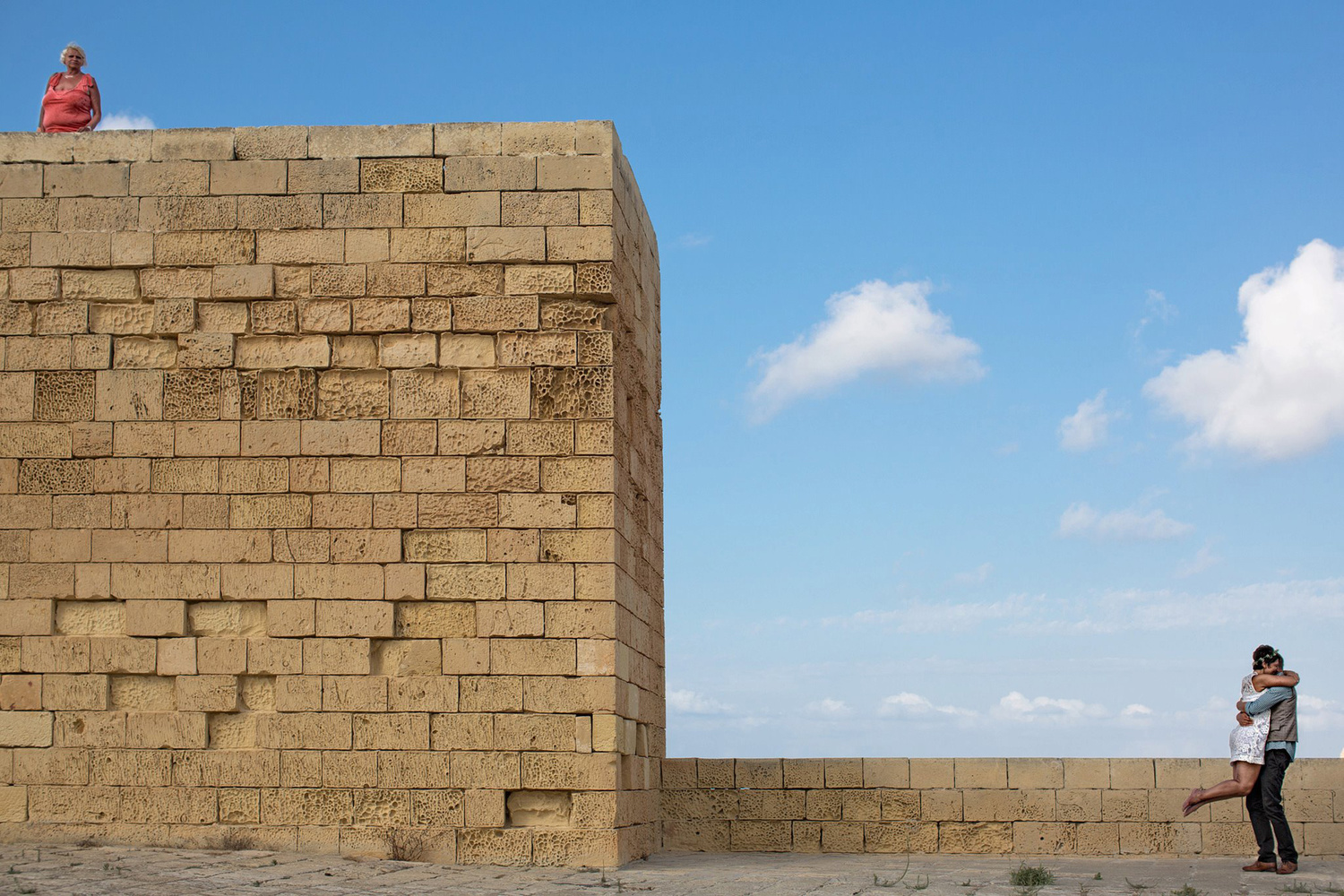 Maintaining Altitude and the Descent

One of the things that Peterson mentions on his website that I admire is that he walks into a wedding with a "sense of naivety." He makes it a point to tell the story of the people involved instead of creating the narrative. To do this, he listens without an agenda. "I let the people and their story guide me, it’s not until I come home I put the story together with the elements I have been given," said Peterson. Upon his first wedding in 2008, he was excited. He knew what he wanted to do and he was confident he could do it. The rest was out of his hands.

It wasn’t until I ran out of memory cards mid-afternoon, I started to shit my pants. 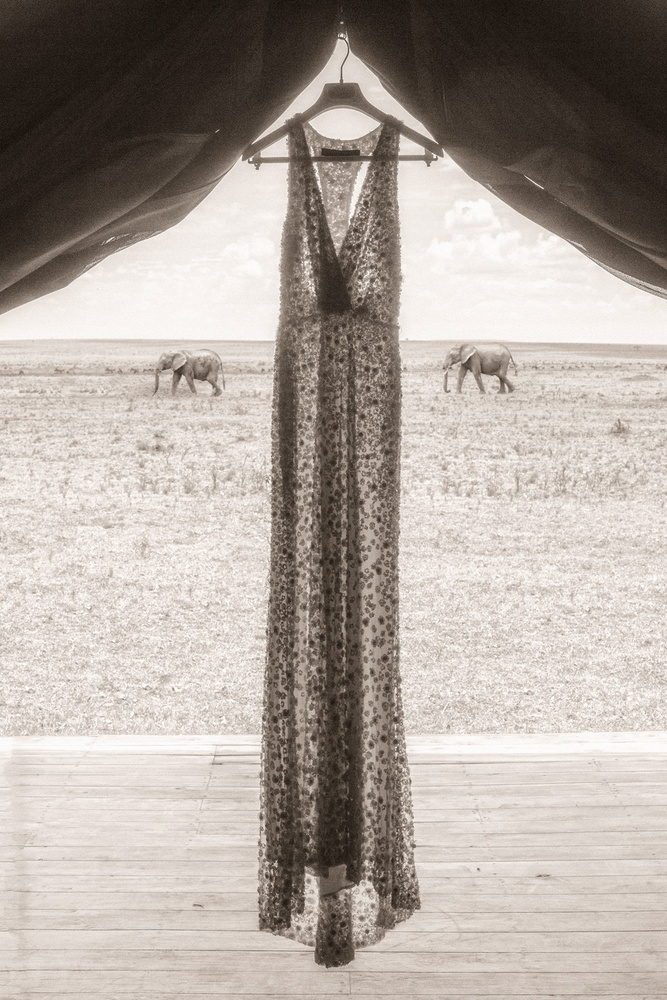 And with all of this immediate success and recognition, came a balance of professional and personal life. Peterson does express just how difficult it really is. And reaching his level of material success has come at a cost of immense sacrifices. Peterson notes that destination wedding photographers are celebrated as the heroes of our industry, but that it is not as glamorous as it looks. "For every dress shot with elephants in the background, there are endless Friday nights alone at a hotel or motel somewhere without the people you love. You have to ask yourself if you’re willing to spend half of the year on the road alone or if you want to build a business where you can spend more time with the people who mean things to you," he expressed. As a father myself, I had to touch base with him in regards to how fatherhood affects the emotional connection he has with those he is photographing. 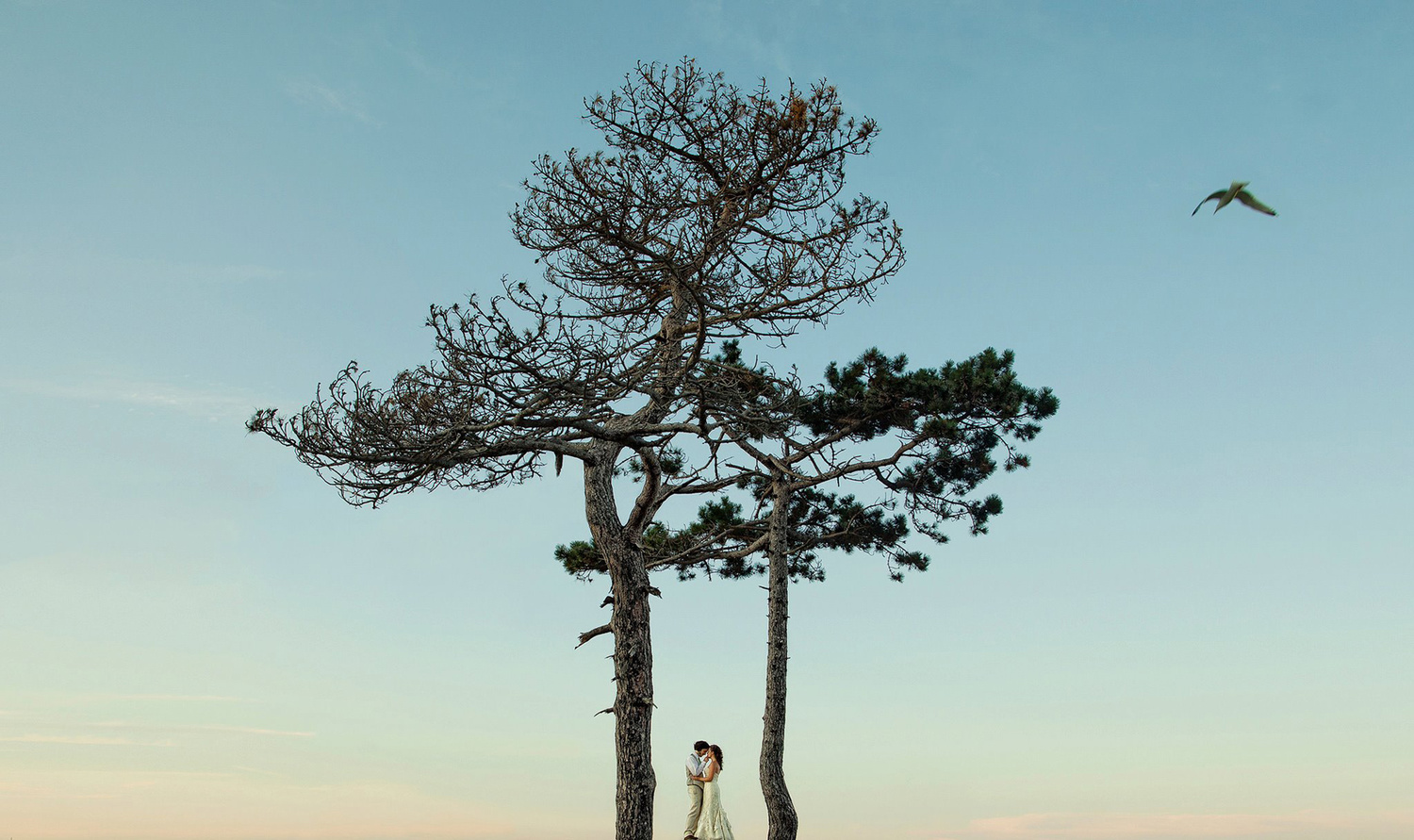 In regards to fatherhood and its effect on his work, he expressed to me that he feels all art is created from a place of longing. We create the things we do not have in our lives and he has always looked for love and connection.

I had a pretty distant connection to my own father and I think I’ve always looked for deeper connections in my relationships — and stories — because of that. My two boys grounded me in many ways, but I believe I create from another place, from that hole in my heart.

He believes in a strong connection to place and nature as well. He feels that connection is not just between two people. It is about time, place, and everything in between. If it makes him feel, he will take it with him and use it in his story. 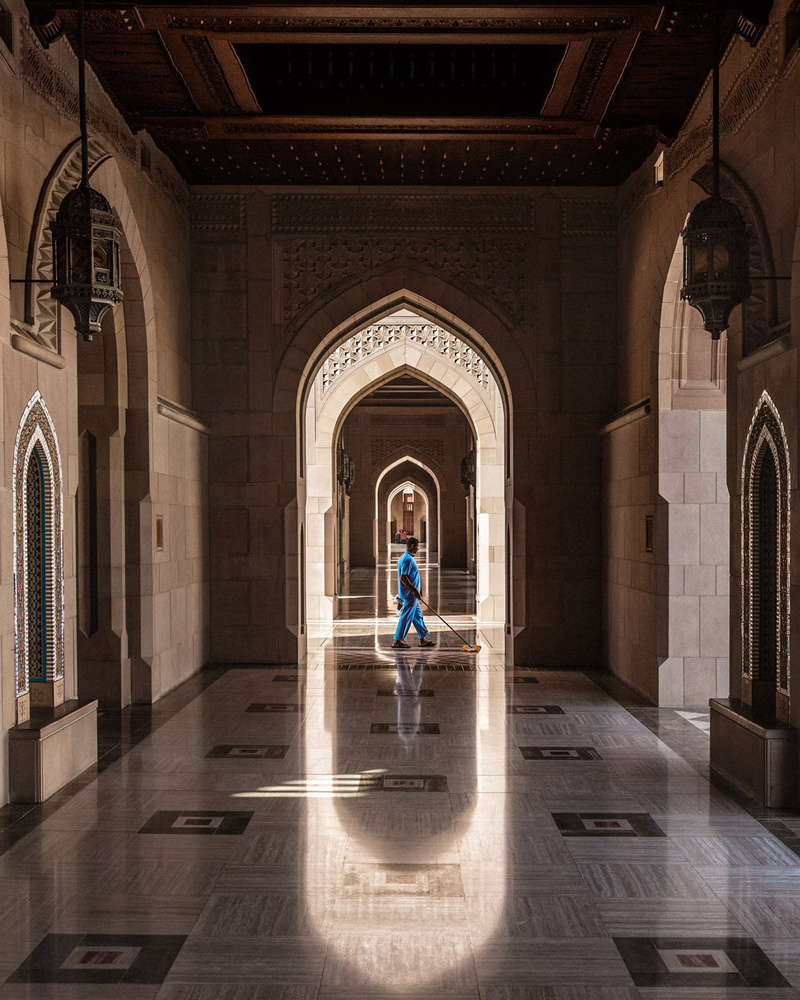 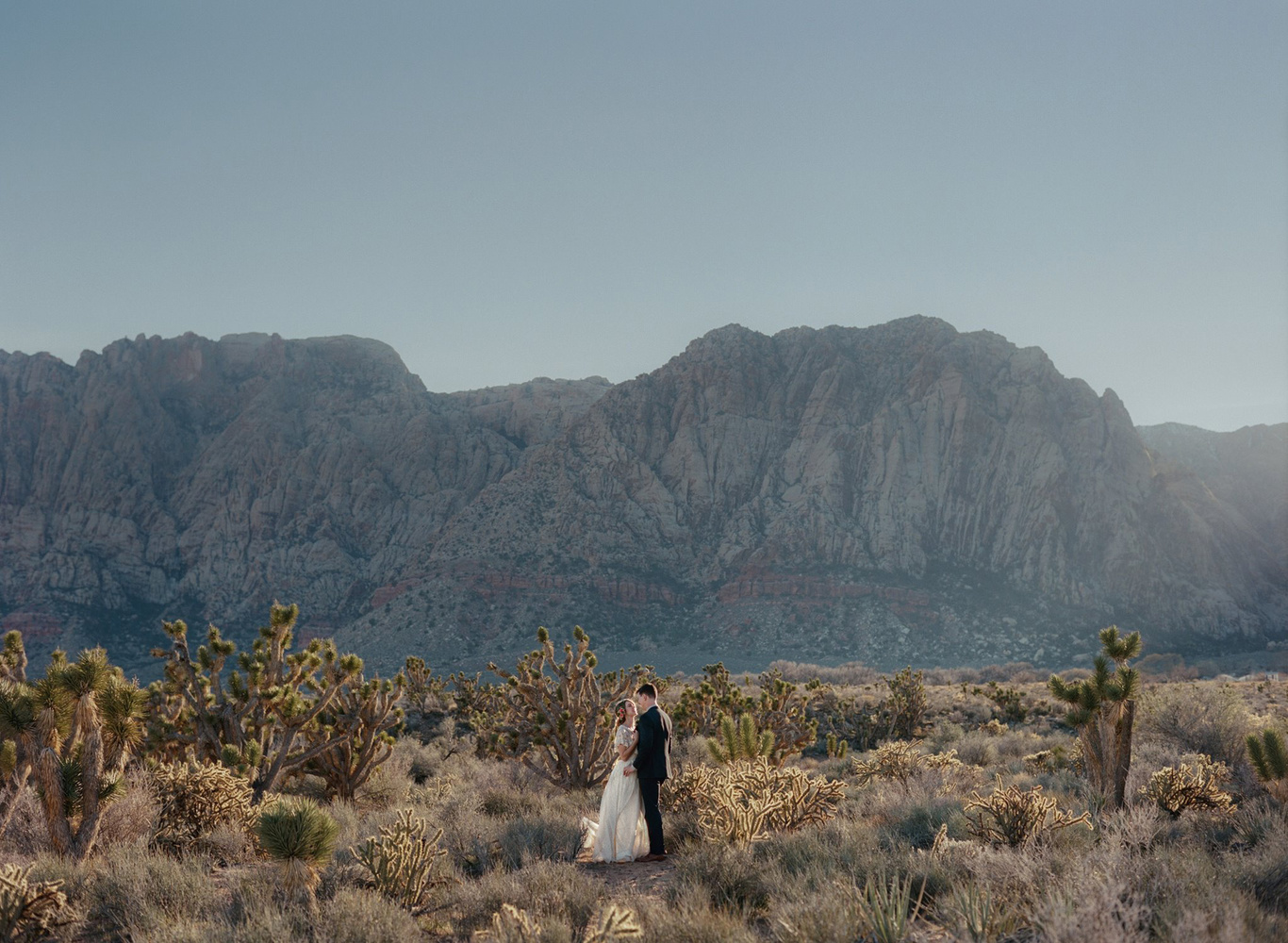 As Peterson has taught countless workshops over the years, he noticed that many photographers feel lost in one way or another. "We get caught up in the chase, in presets, in software, lenses, gear, and a million other things and forget the people we’ve set out to capture," expresses Peterson. He has been a storyteller for so long that he wanted to give people simple, but powerful tools to tell more emotional stories while also showing people the power of stories in all aspects of life. "Connect with people and your life and business will grow, without connection nothing will make sense," says Peterson. He speaks about how to achieve this in his workshops while also expressing the importance of finding out which kind of stories you want to tell. He feels that once you find the core, everything will fall into place. 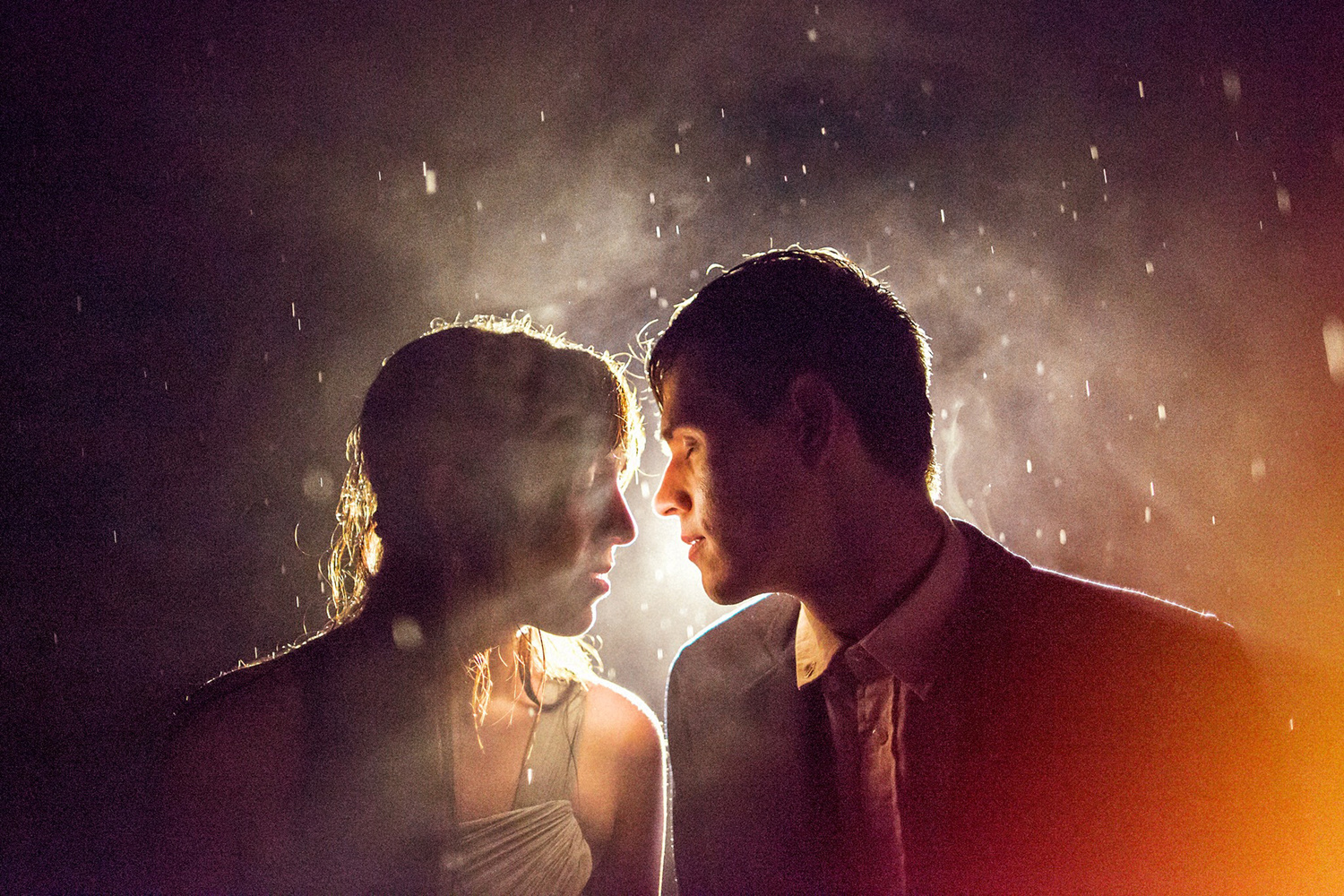 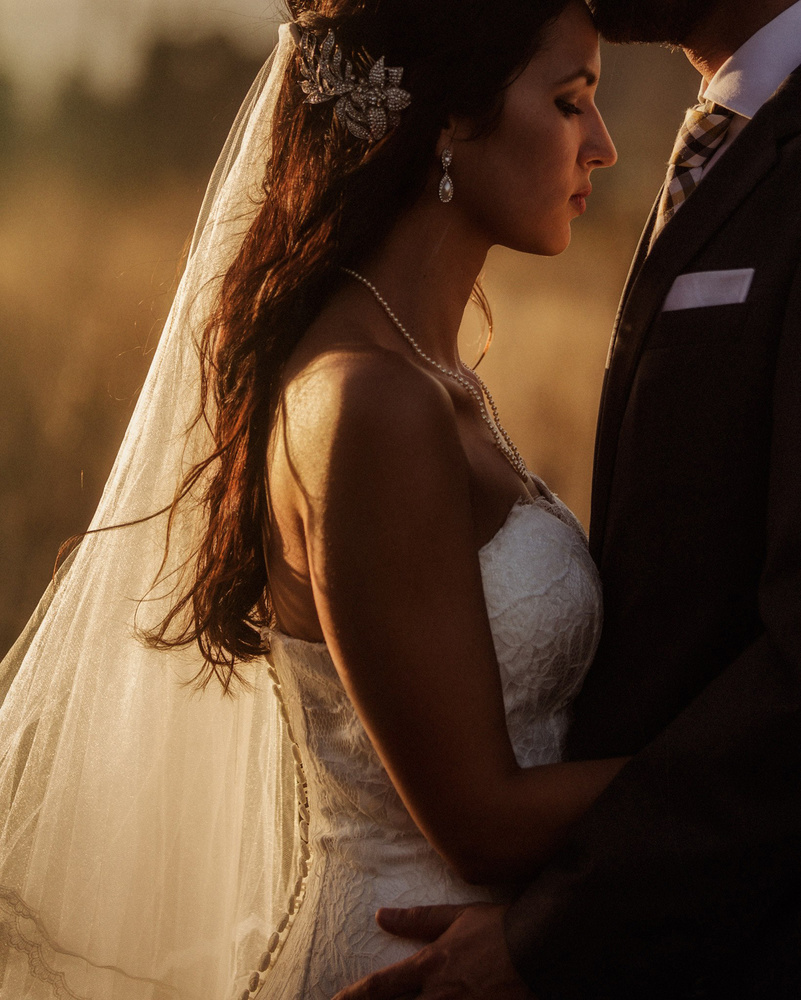 When speaking of what the future will hold, Peterson finds himself unsure of what to say. He sees himself telling stories for the rest of his life, though telling wedding stories will be unlikely 10 years from now. He no longer sets goals for the future, as life has surprised him too many times.

Had you told me 10 years ago that I would be an international wedding photographer today, I would have peed my pants laughing.

It all seems so simple when we set out to photograph a wedding day, or any important event in someone's life. Regardless of the vessel that gets us to the final result, it is seldom that we feel 100 percent satisfied with what we have furnished. I personally think this comes from a place of the blurred lines between dreams and reality. Personally what I foresee always falls short of what I produce, yet I still maintain 50 bookings a year with the knowledge that my own work has such an impact on the lives of my couples. Peterson tells a simple story: find the core of what you are looking to expose and bring the narrative to the surface through honesty and a state of being present. Forget about the gear, the presets, the location, and look at what is directly in front of you — then go create the story you see. 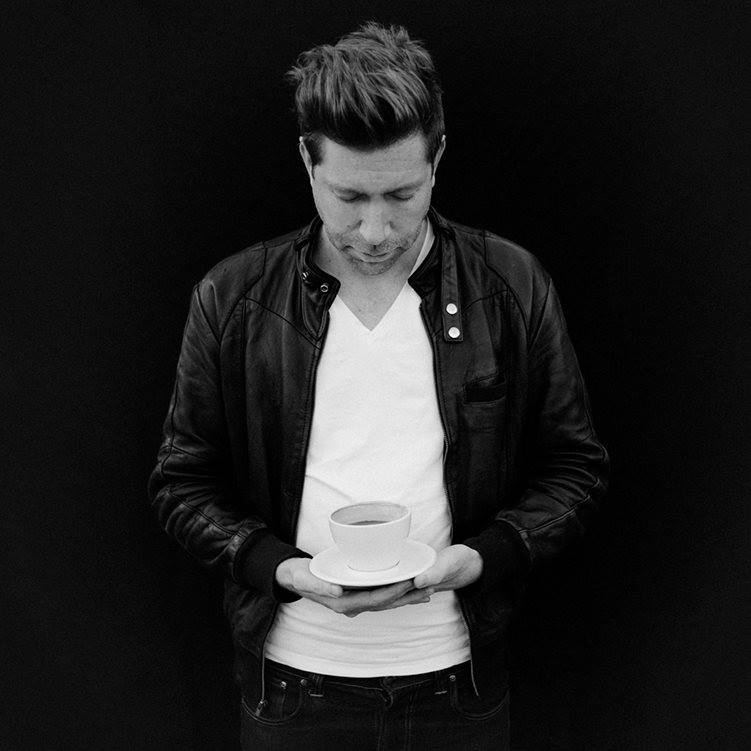 All images are copyright of Jonas Peterson and used with permission 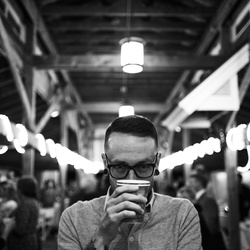 I am a full time wedding & lifestyle photographer based in the Boston Massachusetts area. I am a father of 2 and a husband to a beautiful wife. My approach to photography is based on story telling with a modern vintage tonality. Narrative is what I look for, not a shot list or a Pinterest board. 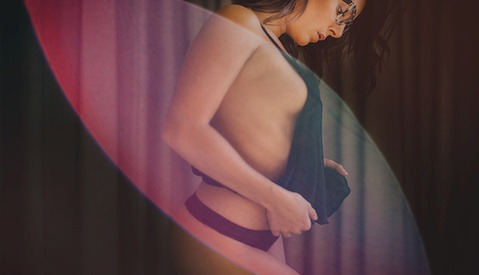 Featured Artists / May 7, 2015
Gabe McClintock and the Beauty of Natural Light Boudoir Photography

BTS / July 7, 2014
Accidents Happen – 5 Items That Can Save Your Shoot
Log in or register to post comments
11 Comments

great read. it's nice to hear this approach to story telling and process. it's certainly influential.

The second to last line is so powerful - "Forget about the gear, the presets, the location, and look at what is directly in front of you — then go create the story you see. " or shortened, Go Create the Story. Love it

Thanks for the love man.

really nice work! It's great to see artists master the technique, but then focus on the narrative

Jonas's work was actually the reason I got into wedding photography. His was the first I saw that really inspired me to get out there and tell a story creatively, using my camera.

I also admire the way he can write so well, (despite the fact that English is his second language), and seems to have a great, self-deprecating sense of humour too - something that is often lacking from photographers of his stature.

"For every dress shot with elephants in the background, there are endless Friday nights alone at a hotel or motel..." I love this and his 'mason jar manifesto' from a few years back. He paints the wedding industry like it is, warts and all. So many of us try our best to dress it up, but Jonas is quick to bring it back down to basics and remind us of the reality.

Great interview Paul, thanks for sharing.

Thanks for the kind words man. He is quite the influential guy to say the least.

Fantastic post. Writing that last line down for sure!