For eight years, photographer Pete Souza had my dream job, photographing the president of the United States and being on the front line of the biggest news stories of our time. In his latest IGTV post, Souza talks about some of the gear he used to capture his iconic images.

I am in awe of documentary photographers, possibly because I can’t do it myself. The same might hold true for my fascination with dancers, even though I certifiably have two left feet. So, any opportunity to peek behind the curtain and learn about a great photographer’s process always brings a smile to my face.

Pete Souza was the official White House photographer during the Obama administration. He got to be a fly on the wall during everything from the Bin Laden war room, to the signing of the Affordable Care Act, to more mellow events like the family getting a new dog. Regardless of your politics, this new video on Souza’s Instagram channel offers incredibly valuable information for all of us photographers out there.

I work as an advertising photographer, where at least 75% of what I’m going to photograph is semi-known in advance. Yet, I still can’t seem to leave the house without enough gear to pose a serious challenge to my car’s suspension system. Well, what if your job was to follow around the most powerful man on Earth as he traveled around the globe, around the clock, and photograph him in literally every conceivable situation? The odds are that backing up a grip truck isn’t really an option when you are supposed to be unseen yet still be close enough to capture the action. And security clearances might make working with a large crew also a decidedly bad idea. So, what would you have in your camera bag?

Check out the video on Souza’s Instagram channel above and learn about the tools he carried with him to capture some of the most important moments of our time. 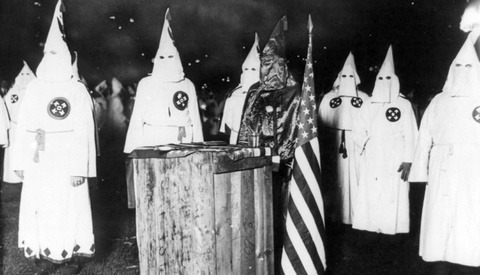 Question... why do all the WH professional photographers NOT use the SILENT SHUTTER MODE when the president and/or speakers talk. It is so annoying listening to those shutters when they arrive/talk/leave the podium.... when they could easily switch it on/off with today’s modern cameras. Its mostly a static picture of talking heads anyways... Just curious why not silent shutter mode?

Because most professionals still use high-end DSLRs without electronic shutter.

those silent shutter modes he is referring to is just different mirror operation .. pro DSLR have that ..

Pete did use the "silent" shutter mode on the 5D2 and 5D3. It's very quiet, though not actually silent. When you were annoyed by "those shutters", it was not because of anything Pete was doing as the official WH photographer. It was because of the press pool, the group of photographers that represent various media. They often use the loud shutter mode on their cameras. On Nikon cameras that could be particularly loud. Or at least it was during Pete's tenure there. With the exception of the Sony A9 and A9ii, current mirrorless cameras generally have a terrible silent shutter mode that virtually guarantees ruined pictures.

Sorry to be a little rude here, but fstoppers is a site i want to READ. I do like, that you link the original file of course, but not even summarizing the bottom line of his video feels lazy. I always liked about fstoppers that it doesnt only bring attention to interesting videos out there but allows me to get a quick summary. This is just a link to an instagram post with a bit of bloated words why it might be interesting to watch it. Im sorry to be this guy, but please keep the summarys!