I absolutely love shooting commercial work in the studio. Who doesn't? Shooting in a studio environment allows the photographer full control over the lighting and the subject. It also allows for full creative freedom over what you can composite into the shot if needed by easily matching up the lighting. Earlier this week I had a few hours of downtime and decided to shoot a bottle of Bacardi Dark Rum in my studio. Using a softbox I built myself a few weeks ago, I decided to take it on a test run using the bottle of Rum as my subject.

To start off, I sketched an idea of what I wanted down on a piece of paper. It might look fine in my mind, but I found it helps my process a lot by scribbling down a crude version of the image I wanted to produce. Previsualizing the shot was important. I had ideas of what I wanted to add in post, but in the end, simply by looking at the sketch, I decided that simplicity was better than over complicating the shot with comping in elements such as ice and water splashes. I'll leave that idea for another day.

To start off, I set up my tripod and camera and then had to make my mind up regarding the lens I wanted to use. When it comes to lenses, I find using a lens with a longer and fixed focal length really does the job well as it doesn't distort the product and produces a much sharper image due to fewer elements having to move around inside the lens. With all the factors taken into consideration, I opted for the Canon 100mm Macro f/2.8. Peter Mckinnon recently released a cool little video about why these lenses are so nifty, besides being used for macro images. An important thing to note is once you've set up your camera, don't change the aperture value when dealing with composite shots as you'll have images varying in depth of field when you combine them later. Lock down your tripod and aperture and instead raise or lower the power of the studio lights.

Next up I placed a table in front of the camera and draped a black-out cloth (which was hanging from the wall) over the table top, creating the effect of an infinity curve once the bottle was placed on the table. Using a microfiber cloth, the bottle was thoroughly cleaned, making my life much easier when it came to the postproduction stage.

Once the bottle was clean, I could finally start setting up lighting for the shot. Because I only had one softbox, I had to create the image in stages and combine the shots in post. Of course, if you have multiple lights it would make life a lot easier by skipping that step in post.

I started off with a few light tests, making sure I get the perfect strip light down the left side of the bottle to put emphasis on the shape of the bottle. Once I was happy, I moved the softbox around to the right side, ensuring the light matches the first shot and proceeded to fire off a few shots until I was happy with the result.

After I was happy with both left and right sides of the bottle, I moved the softbox behind the bottle to serve as a backlight which would illuminate the bottle's contents up beautifully.

Now that I had three shots in the bag, it was time to illuminate the label and make sure the lighting is consistent throughout. For this, I took my studio light out of the softbox and used the modeling light to "paint" the logo over a six-second exposure. It took a few tries, but once I was happy with the result it was time to move the image into the postproduction phase.

Once I've selected the images I wanted to use in the composition, I started loading them into Photoshop as layers after doing some minor corrections in Adobe Camera Raw. I made sure to keep all the layers as Smart Objects so I can reload them back into Camera Raw at a later stage if needed. Sure, this increases the file size, but I'd rather opt for ease of use rather than face a possibility of running into a few snags later down the line. One can always buy another hard drive if space is a concern.

Once the images were stacked it was time to start combining them and getting all the layers to shine through where needed. This is easily done by setting all the layers' blending mode to "Lighten," as it allows the mid tones and highlights from the layer below to shine through the layer above while containing the shadows. While all the layers of the bottle were combined, I still needed to add the background (also shot separately). For the background image to appear properly, I created a mask around the bottle and applied it to all the bottle layers. This allowed the background to appear. However, I ran into a problem once I activated the background layer. The background looked flat and unappealing. Luckily this was easily solved using a solid black adjustment layer, masking out the middle of the background behind the image, creating a hotspot in the middle and tapering off to solid black towards the edges. Once this was done it was time to tackle the final tweaks. This included some spot removal and label repair. I also added a +10 vibrancy adjustment to the bottle, just to make the bottle's color come through a bit more. As a final touch, I used luminosity masking to make the bottle "pop."

A good tutorial on Luminosity Masking can be found in this YouTube video by Quentin Décaillet. I definitely recommend using it as it gives you great control over adjusting your highlights and midtones.

The whole process of creating this image took less than five hours from setting up to finishing up in postproduction. It's a great way to quickly add a cool image to your portfolio in less than half a day.

While there are many ways to skin a cat in Photoshop, this was the easiest way for me to do it. But if you know of a faster or easier way to go about doing this, I'd love to hear about it. Share your process and images in the comments below.

What's your favorite thing to shoot in studio and do you use composites to achieve the desired effect or prefer to shoot it all in camera?

After all the effort you put in the shot, you should know the bottleneck is not in alignment with the rest of the bottle. Therefore it seems crooked. Easy to overlook the obvious when you focus too much sometimes. A quick fix and it's straight and prettier ;-)
Moreover, there is a limit the get label right. It's as good as it gets in camera. If you wanna go the extra mile to perfect your shot, know that most of the pro-retouchers for commercials actually redo the label's type in illustrator/photoshop to have perfectly sharp and legible.
Hope it's useful to you.
Cheers. 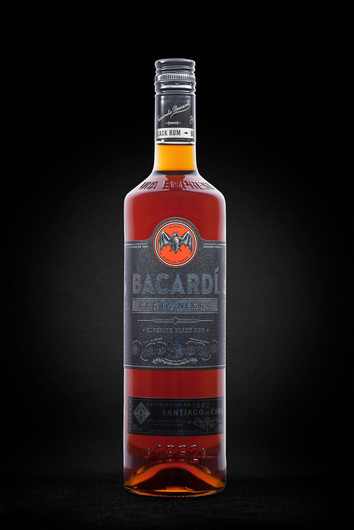 Thanks Ron! I completely agree. Normally one would go into illustrator and completely redo the label. I thought I'd keep it simple for this exercise but maybe not a bad idea for a future post. Also thanks for the bottle neck heads up! Looks much better in the example you provided. Thanks for checking it out! 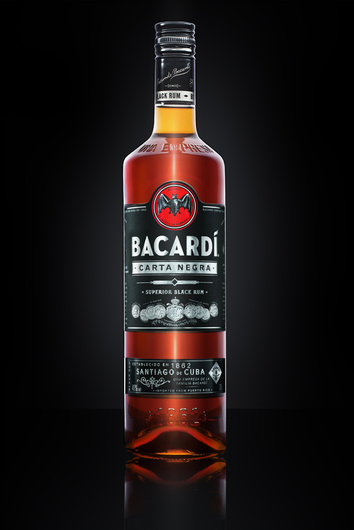 Yes we know. Good thing I'm not on the job.

Thanks for the article. But why would you composite the image? Personally, I prefer it as simple as possible. Your photo reminds me of one I took. I took the shot below with natural light (as filling-light which creates the light reflex on the sides of the bottles) and a normal lamp. But I'm not a professional commercial photographer... I just like experimenting :) if anyone is interested, im on IG @christopherheer
Cheers 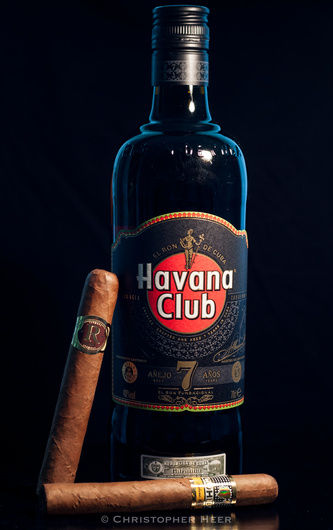 Hey Christopher, thanks for checking out the article! While I'm all for keeping it simple, shooting this particular image as a composite allowed me greater control over the image. I was also limited to one light and had no access to natural light in my studio which made it a bit more difficult to light the bottle properly. Thus I had to shoot a few shots to be combined in post. If I had more lights, I would've definitely done it all in camera rather than post, however, I think this is a great way to show that you don't actually need a massive array of lights in your arsenal to create the perfect shot, but using a natural light source (like your example above - great work by the way!) and combining it with another light source to get that shot is definitely an option photographers should consider. And of course, the other option is using one light source and combining several images with the light placed at different angles. I think as long as we get to the destination at the end of the day, it doesn't really matter what path we took to get there. As long as we had fun along the way. 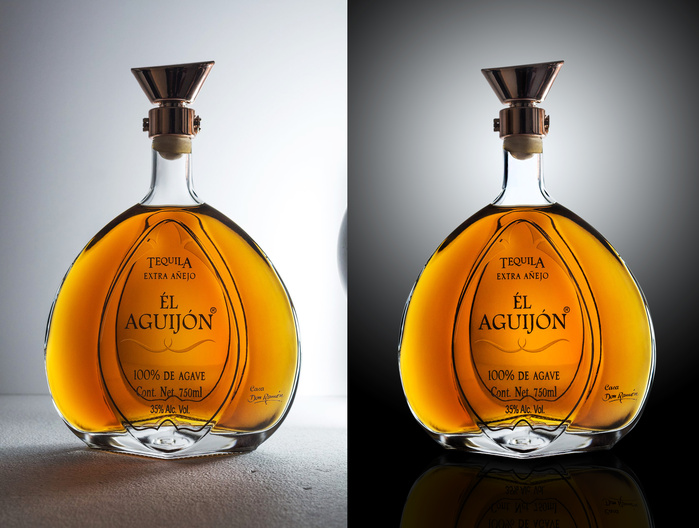 Nicely done! Amazing what one can do with only a speedlight! Thanks for sharing Juan!