I'm guilty. As a commercial and fashion editorial photographer as well as a writer for Fstoppers, I love lighting, bokeh, rigging, and all technicalities involved with cinematography and photography. For many months, content fell second to setup. From my experience, there are three types of photographers: those that confide in instinct and sunlight, those that rely on post processing, and those that excel at artificial lighting and formalities. Some of the best photographers in this industry can transition like a chameleon and shine at all three. But, as an artist you need to ask yourself--what does the image mean to the viewer and how will they relate to it?

“There are always two people in every picture: the photographer and the viewer.” - Ansel Adams

There was one moment where it all clicked for me, where everything came together. I only shoot one child about two times a year--my nephew, Jake. Nearly two years ago, I captured an image of Jake that, in my opinion, was perfect. The light was perfect, the expression was perfect, and I was quite proud of the image. Photographers loved the image and I received great feedback from family and friends. When I showed the image to my mother, she loved it, but immediately pulled out her iPhone and showed an image she had just captured the day before on her iPhone. Jake was laughing, looked happy and, more importantly, was wearing a University of Alabama shirt. The iPhone image was out of focus, dark, and the composition was off. But, that image ended up in a frame. It perplexed me and bothered me for days to follow, I didn't know whether to feel slightly offended or just accept that the image I captured wasn't what it cracked up to be. But when I sat down and compared the two images, the answer was clear. It all boiled down to subject matter. Although I had the “perfect” photograph, the laughing and wardrobe of my mom’s iPhone shot was the winner. 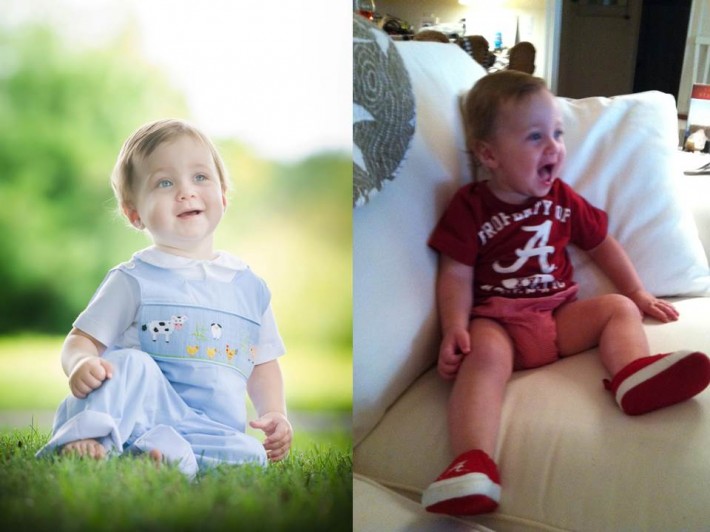 Around that same time, I was introduced to photographer and close friend of mine Steve Squall.  Aspiring from photographers like Jurgen Teller or Terry Richardson, Steve rarely uses more than a speedlight or a single strobe to capture his images. Having been a photographer for many years, he just now upgraded to a Nikon D800, but shot many large client projects with a mid-level Nikon D90. For Steve, it was never about the gear or technicalities; it was all about the subject matter. Case in point, an assignment for NFocus Louisville of Louisville’s wealthiest interior designers Lee Robinson; Lee owns The Lee W. Robinson Company, a profitable renovation and construction firm. Lee is known for his lavish Kentucky Derby celebrity brunch and his ability show people a great time. By the end of the shoot, Steve had Lee jumping on a thousand dollar couch and sliding down his mansion staircase. Steve had locked in Lee’s personality and this image became an iconic photograph in the eyes of many. Before I saw this image set, my frame of mind was on an entirely different planet. If I had been assigned to this feature, the images would have come out far different. I fully admit, I would have not captured Lee's true personality. 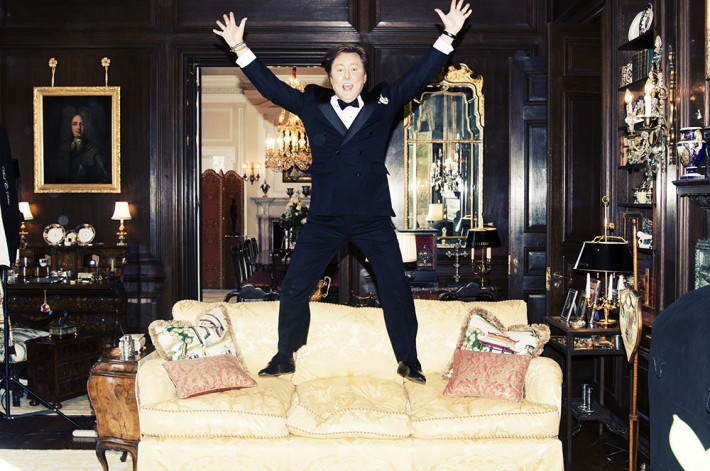 Annie Leibovitz is known to invest at least two days for her assignments. The first day she doesn't shoot at all, she just talks and acquires a personal and professional friendship with her subject. The following day, when that subject steps in front of her camera there is electric engagement and personal touch. Knowing all of this changed my outlook on photography and I garnered a grand respect for those that kick the technicalities for subject matter. I made it a personal mission to focus on content and context before setting up any sort of light or finding the frame.

My introduction into the world of subject matter before technicalities was when I was contracted to shoot a series of chefs in some of Louisville’s finest restaurants. Instead of showing up, grabbing a few shots and walking out the door, I wanted to connect to the people and bring out their intimate personalities. To achieve this, I set up meetings on my own time and made a point to get to know every chef that I had been assigned to photograph. The meetings initiated the idea of introducing a subtle meaningful prop, which could reveal some form of personal touch to each image. The results surprised me--the chefs' expressions seemed comfortable rather than forced. From that point on I followed these important rules to not only capture a great image, but also maintain energy and morale. 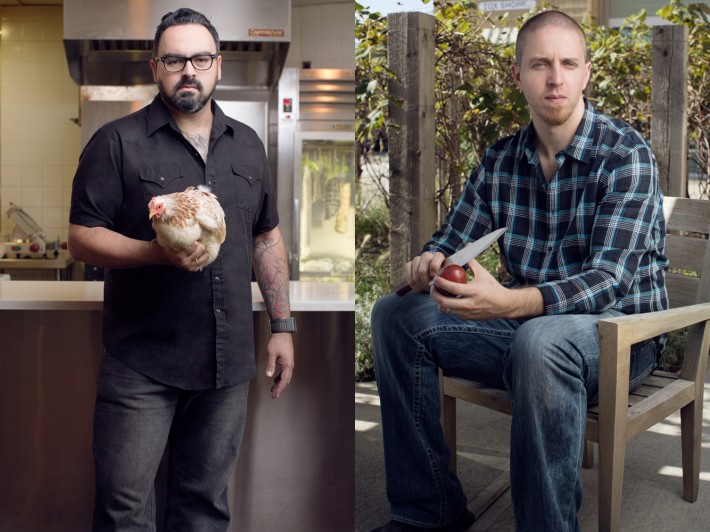 Pre-production is a facet of photography that many will skimp and sail through. It plays a crucial role to the photograph, but it also requires a lot of time. Take the time, set up the meetings, and plan with your subject beforehand. Explain the project and the vision behind the photo shoot. I guarantee you’ll see a dramatic development in your subjects' expressions and poses the first time they step on location and in front of your camera. 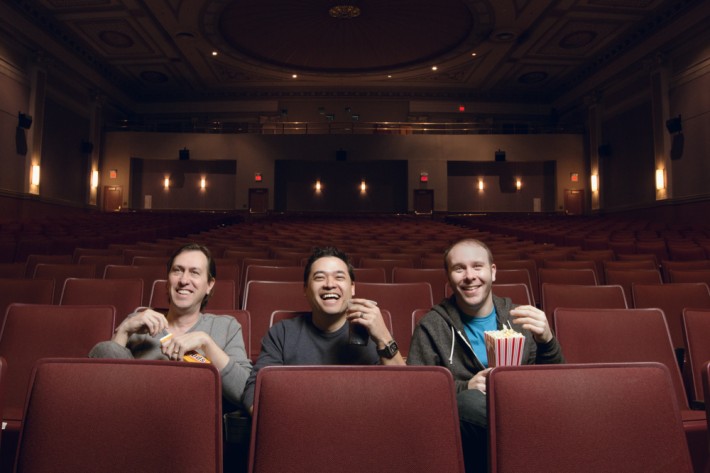 As photographers, we have the responsibility to maintain the “good mood” and “good feeling” morale on set. Most of your everyday crowd can see right through a fake smile and unfortunately, nervous anxiety will cause your subject to force a smile. The best way to overcome subject anxiety is to steal the attention. Make fun of yourself, crack jokes and give witty comments, but still maintain professionalism. When the attention is off the person in front of the camera, that anxiety seems to slip away and that smile comes more naturally. 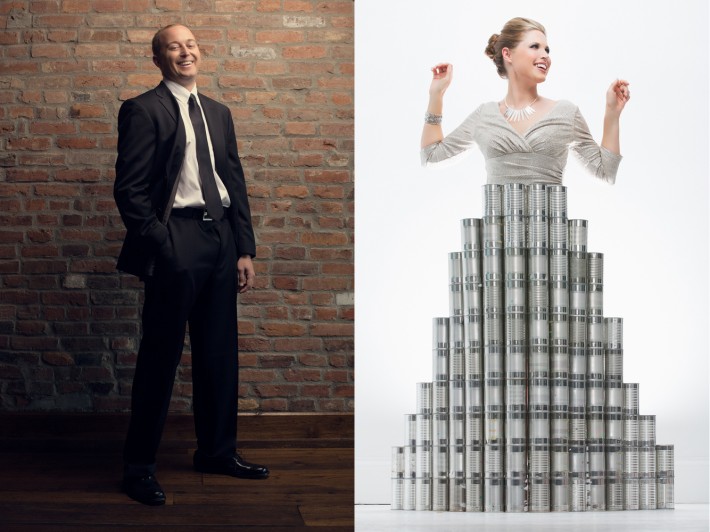 People love to dance and they love music. If you’re playing a track like Breathe Me from Sia during an upbeat fashion editorial consider the energy lost. Despite what you may think, music can easily control people’s expressions and attitude. If you’re on location, grab an iHome iDM8B Bluetooth speaker, which I use in conjunction with Spotify to keep the energy high. Consider others musical tastes before yours, get them dancing, get them singing. and offer the chance to "be the DJ." Keep the music high energy and upbeat, but don’t blow the speakers with Skrillex all day long. If you have to play DJ, I keep it to artists like Michael Jackson, Haim, St. Lucia, Rihanna, Bruno Mars, Calvin Harris, and Capital Cities, among others. 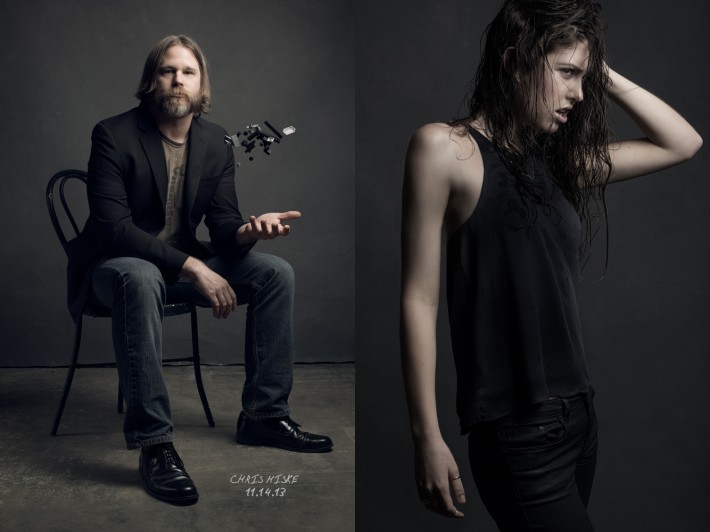 It was a moment of clarity when the pieces began to fall into place. I had spent half my career focused on the lighting, catchlights and grading, but in a selfish manner I totally ignored the most important virtue of a photograph--the subject at hand. Keep that in mind next time you start planning your next shoot. You own the photograph, but take into consideration who is watching first. Because... subject matters. 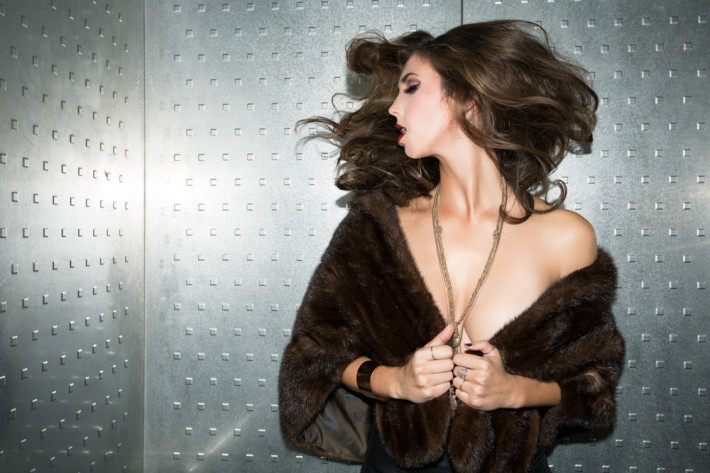 This is a fantastic article. Thank you. I enjoy philosophical topics like these.

Much appreciated Heath! I'll keep that in mind for future articles!

Kinda remended me of John Free's youtube videos. I could listen to that old fella wax poetic about photography for hours.

I'm so glad this article didn't go in the direction I thought it was going to. I do think the title is a bit misleading. You didn't kick the technicalities to the curb, per se. You just delved deeper into taking photos in a way that goes beyond the technical and makes the picture-taking personal.

Your photos are still technically great though with the lighting and everything.

To be honest, I thought this was going to be a kind of hipster article about "living in the moment" and taking photographs that are "raw" (because planning takes work and I want to shoot RIGHT NOW).

I was pleasantly surprised.

I also thought the title was a bit confusing. I actually read the article because I wanting to see what he meant.

Thanks for the feedback and glad you enjoyed the article! I really appreciate that. I'll definitely keep that in mind for future titles.

Keep that OUT of your mind. Your title is what drew us in. Great article! I made this discovery recently myself. I was so tied up with the "perfect lighting" on photoshoots and weddings that I was blind to the subject at hand. Now I'm working on being more creative and putting out work that jars the soul.

<blockquote>Some of the best photographers in this industry can transition like a chameleon and shine at all three.</blockquote>

These are the photographers to obsess over. For me, one of those photographers is Julia Fullerton-Batten. She blends commercial lighting with symbolism and will often spend hours on a shoot waiting for the models to become natural with their expressions. Here's one of my favs from her series Awkward:

Great read, thank you for sharing. i totally agree with the points, i like content over technical stuff, but it awesome when you can nail both of them! and yes some of my favorite photos of my kids are from my iPhone. Aloha Friday!

Thanks man! Appreciate it!

I like photographing models. It's fun, and we get to be very creative.

But I mostly enjoy photographing people of talent, or those with great stories to tell… because then I am faced with the greatest but most sought after problems.

How do I capture this persons achievement's, history, attitude and emotion… in one click of the camera?

This connection is what I live for…

I wonder what stories you would have to tell in a 1/200th of a second?

Love the article, especially the bit about your nephew.

Thanks Stefan! It was mind-blowing to me!

Hi Clay, excellent article. I have been stressing over a wedding I have in a few weeks with gear and techniques. And this has opened my eyes that all my best shots have been when I am relaxed and engaging with the client to get their personality across. Thanks for refocusing my mind on the connection we have with images/people. I will always strive to improve the techniques but I now will also work on being relaxed and at ease with the people I'm photographing to get the best out of them and me.

Thanks for that Mark! That's inspiring to me. I really appreciate the feedback.

+1. since i cant find the button

Laughing or keeping a good mood contradicts the true personality. Instead, take a look at the Winston Churchill photo by Karsh.
iconicphotos.wordpress.com/2009/07/31/winston-churchill-by-yousef-karsh/

But I think that the combo subject+"technicalities" make a smasher. If we call ourselves photographers, we must not forget both.

As someone living in Auburn, AL, I want to take this moment to yell "War Eagle!!!" against your shout out to Alabama. haha Great article though (minus the Crimson Tide plugin) hahah ;)