So much is done as computer graphics these days that I've grown to really respect photographers who still want to truly make an image. Last week Fstoppers twitter follower Patric Bergkvist asked us to take a look at an image he made, and I'm glad we did.

I love exploding water shots, especially when they are different colors (I once did a project of my own using colored liquids). For his image, Patric used three lights: one background light, a gridded soft box camera right as key, and a fill light bare bulb camera left. Inspired by watching his kids jumping into a pool, Patric wanted to capture the motion of water freezing mid-air with both coffee and milk. To make the beverage seem as though it were floating, Patric fastened the base of a wine glass to a light stand, a pretty slick idea considering the very high chance of knocking over the glass when he threw liquids against it (his strategy called for flinging the coffee and milk against the sides of the glass). 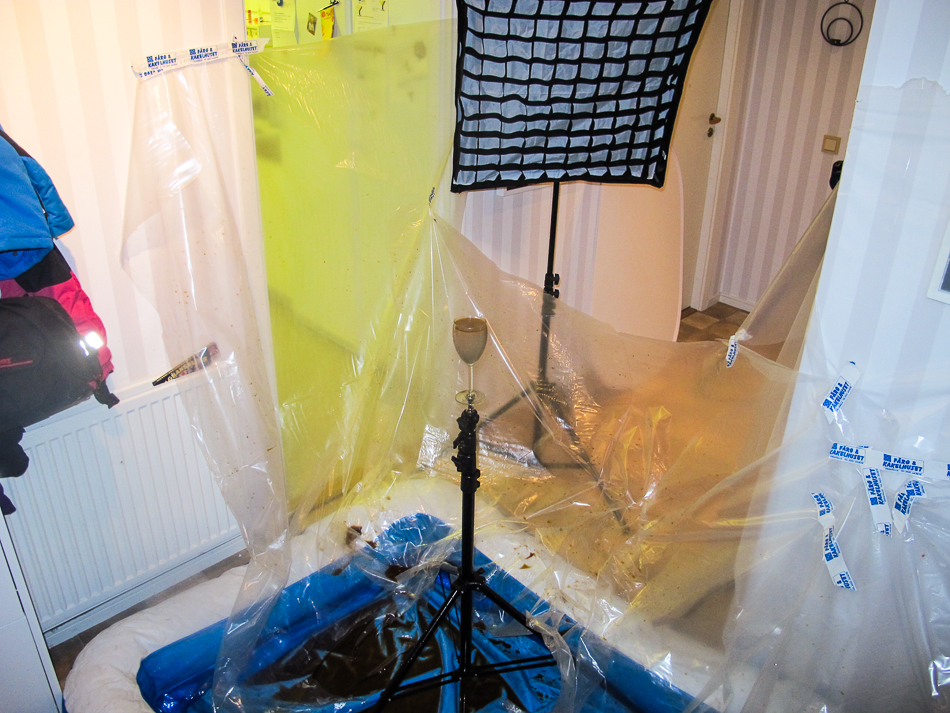 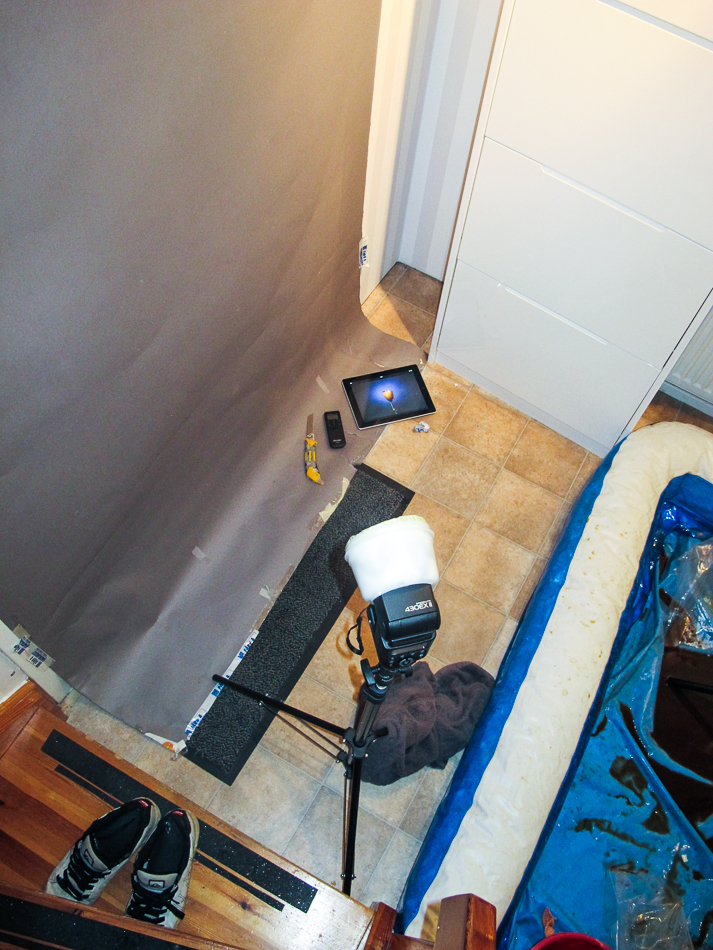 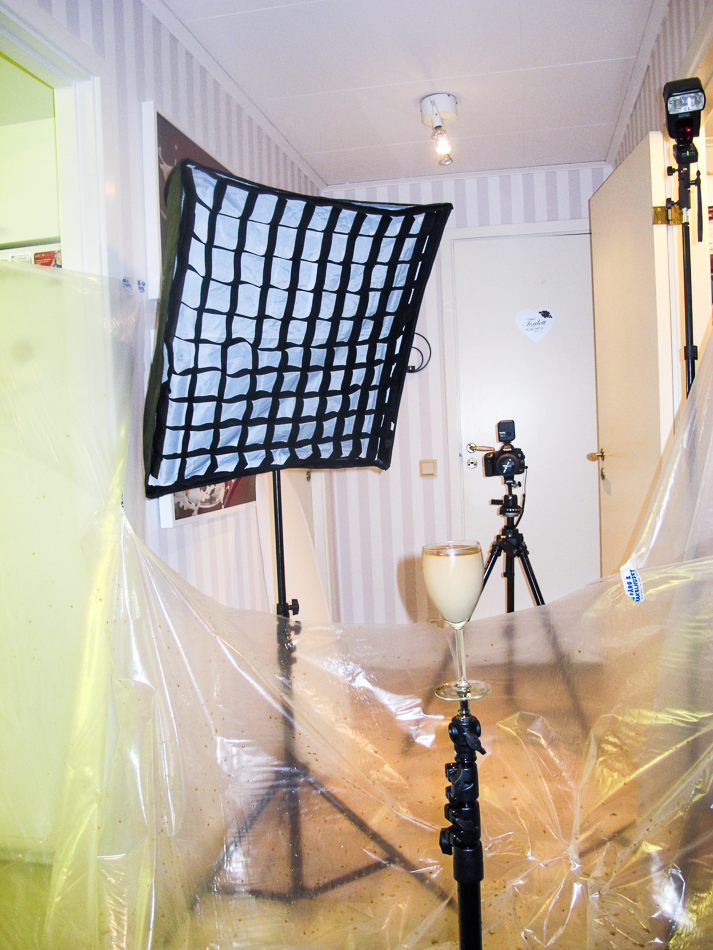 Knowing the mess that was to ensue, Patric also laid down pastic sheeting to make cleaning up easier (considering this took 30 quarts of coffee, I wouldn't want to be responsible for the mess). Patric didn't have a whole lot of room and tackled this project on his own, so using a remote to control his camera was a necessity. He also used an Eye-Fi card so that he could see the results of his shots on his iPad, allowing him to save the time it would take to run back and forth between his camera and his milk/coffee throwing position. 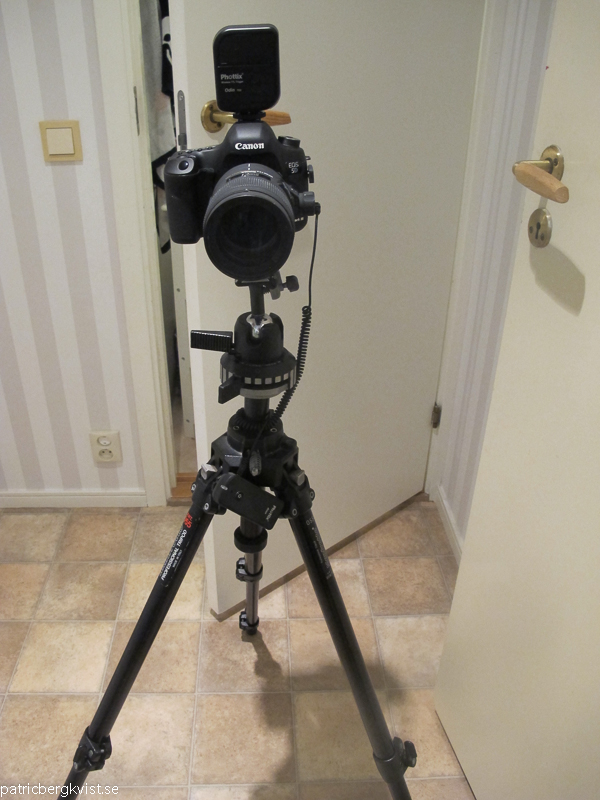 His result looks pretty darn good, especially considering his working conditions and the fact he was doing this on his own. When I attempted this, I had an assistant so I could stay behind the lens the whole time, so I tip my hat to you Patric!

To read the whole shebang which includes more BTS images and a heck of a lot more explanation, head over to Patric's blog. If you don't speak Swedish, you can get a Google Translated version by clicking here. 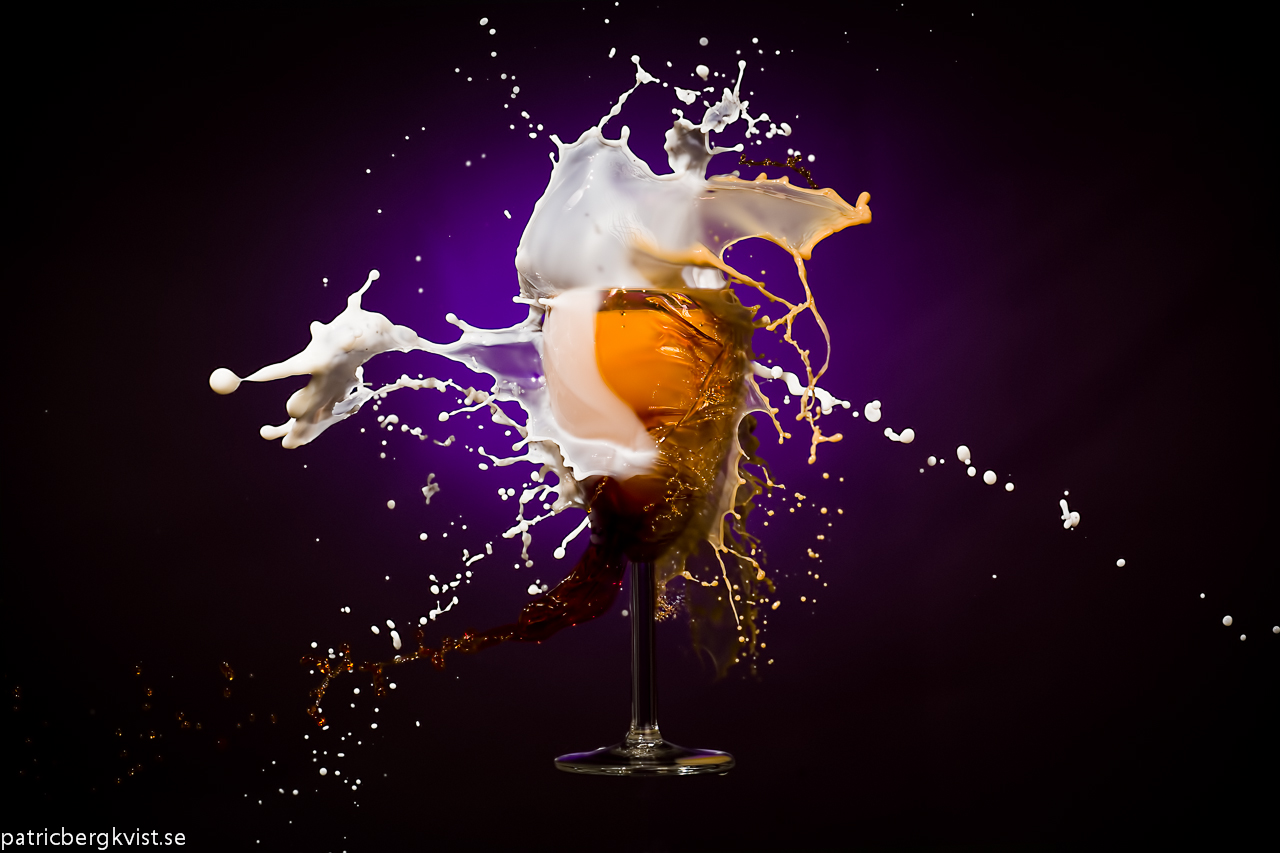 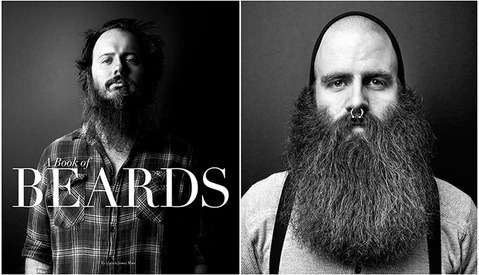 I'm from Germany and I'm pretty sure you mean "swedish" not "german" ;)

Gah caught it probably SECONDS after you posted that. Yes. Swedish.

Okay, it took me 5 minutes longer than Sebastian to respond ;)

After reading it would be in German, I got excited. I am from Germany, and while I do watch most of the camera stuff in English, it's nice to get some decent tutorials in my native language. But I have to say, it isn't German. Maybe it's something like Swedish (on closer inspection of his twitter side, I have to say, the guess I made was accurate, it is).

i Did actually only use 3 light, 1 for the background, the gridded softbox and the bare flash :-)

Ah thanks for clarifying. I saw another sitting on a shelf behind the glass and thought you were using it as a kicker.

Always refreshing to see the behind the scenes of a beautiful shot like that. I have always wanted to try out a splashing liquid for a shoot here in the office. We sell beverages and water enhancers (like Mio) and it comes in handy to have water shots from time to time. Thanks!!