Behind the Scenes with 'Curve Digital': A High-End Automotive Imagery Post-Production Company

Have you ever thought what post-processing is involved behind the car images you see in the ads? An interview with founder and CEO of "Curve Digital" Nick Limb lifts up the curtain behind their workflow.

Curve Digital is a high-end post production company that specializes in automotive imagery. They have studios in Nottingham, UK and in Los Angeles, US. They work primarily with still images, but it's not uncommon for the team to take part in video projects.

The company works mainly with agencies who manage campaigns of car manufacturers. The team sometimes supports aspiring automotive photographers who are entering the industry working on a win-win basis, so both parties have mutual benefit. 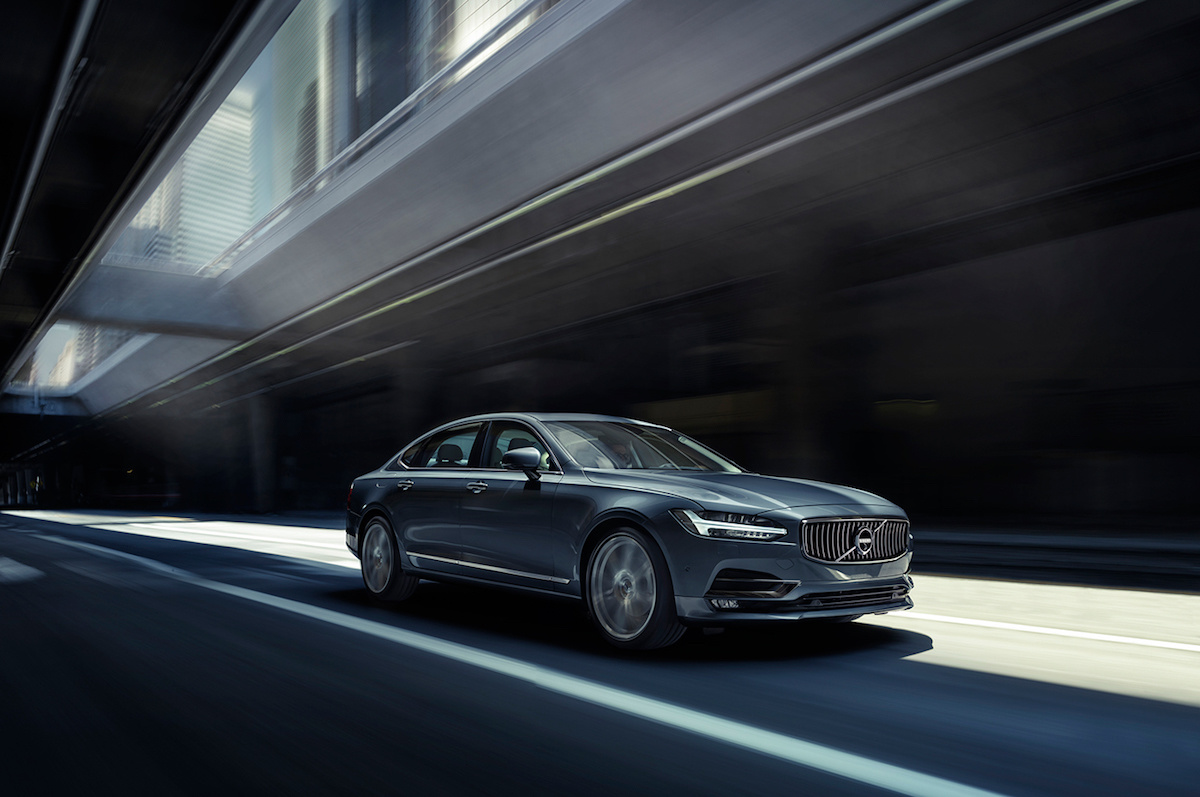 Although Curve Digital is a post-production company, their involvement starts back on location where the vehicles are being photographed or filmed. The team works closely with the photographers in order to make sure the image or the images required by the client will end up the way intended.

Let's take an image of a moving car photographed on location. Sometimes due to technical challenges the photographers are not able to capture the vehicle's movement in camera. In this case the guys from Curve Digital can give guidelines to the photographer what separate compositions and details they require for post-production to make the final image look believable. Even with cars that are not moving, there are parts of the car or the environment that need to be photographed separately and combined in post, because of the complex symbiosis between the concept and the execution where location, lights, models, and the car need to interact seamlessly. 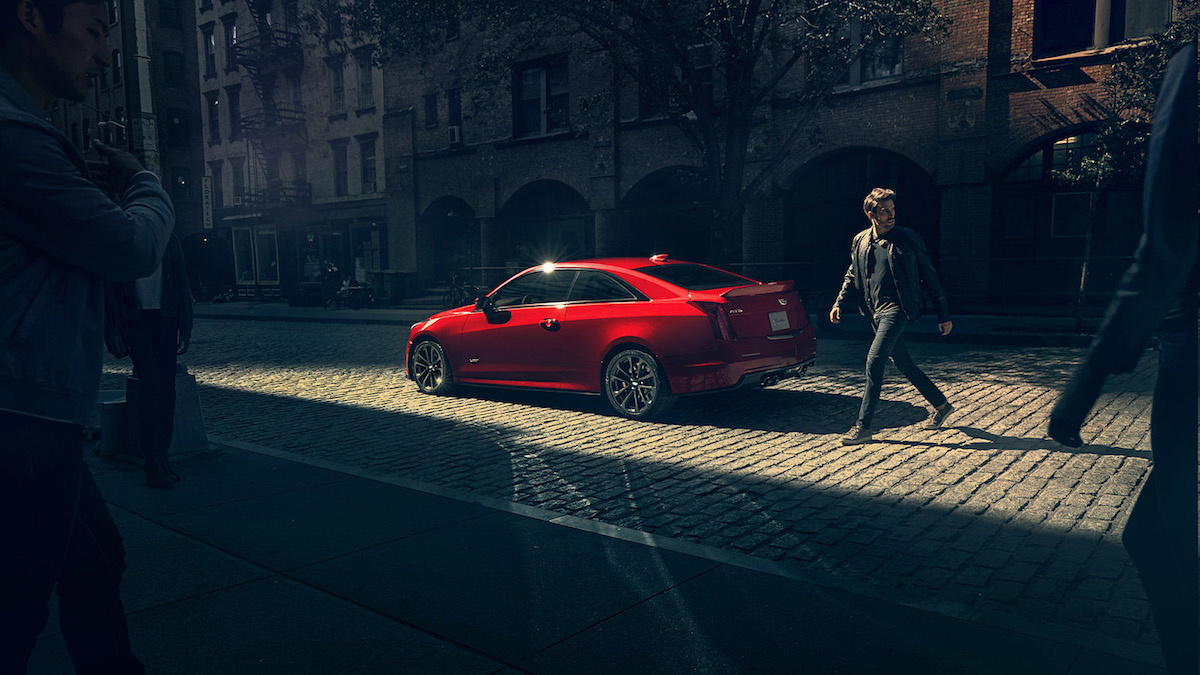 In the following image you will see an example of capturing a moving car in camera. Even in this case it is required to do some post-processing work not only to enhance the beauty of the automobile, but also to remove the rig used to make that photograph possible.

Although the company can do computer-generated wonders, they try to stick to realism through means of photography as much as possible. When they reach to a point where for some reason it is not cost effective or physically impossible to make it in camera, they use the help of 3D modeling. Even then, they try to keep it subtle and, at the same time, real. 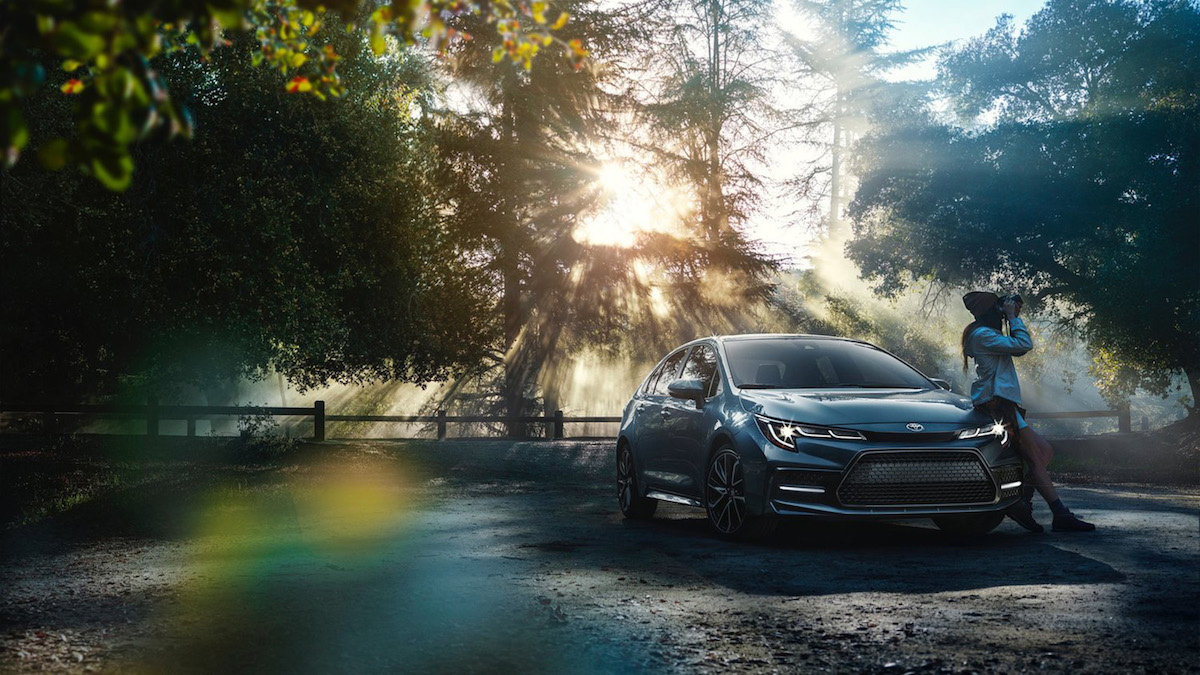 What Requires the Use of CG in Post Production?

Many photographers tend to stay away of CG, because they think it is threatening the realism of the work they do. However, in the automotive industry CG often comes to the rescue when the concept requires it.

Photographing a product on location, such as a car, is a project that is of a higher magnitude of complexity and capturing the image of it is just a tiny bit of the process. There are budget constraints that require the use of software compositing techniques. Nick shared some of the most common cases. 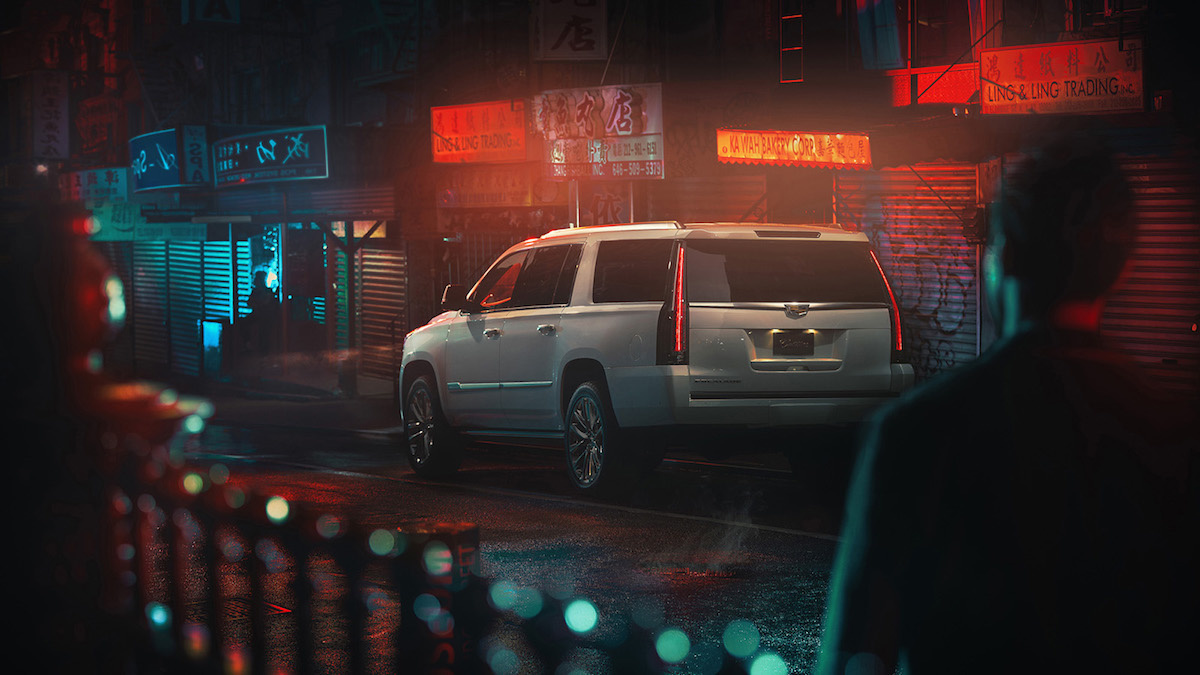 Imagine you have a permit to close a street for two hours, but this is not enough to dress it up for the theme of the shoot, say a 60s look. In this situation sometimes it's cheaper to add the needed objects as CG elements. On busy locations you may not be allowed a permit at all which may require to do a studio shoot and composite it onto a background in post. 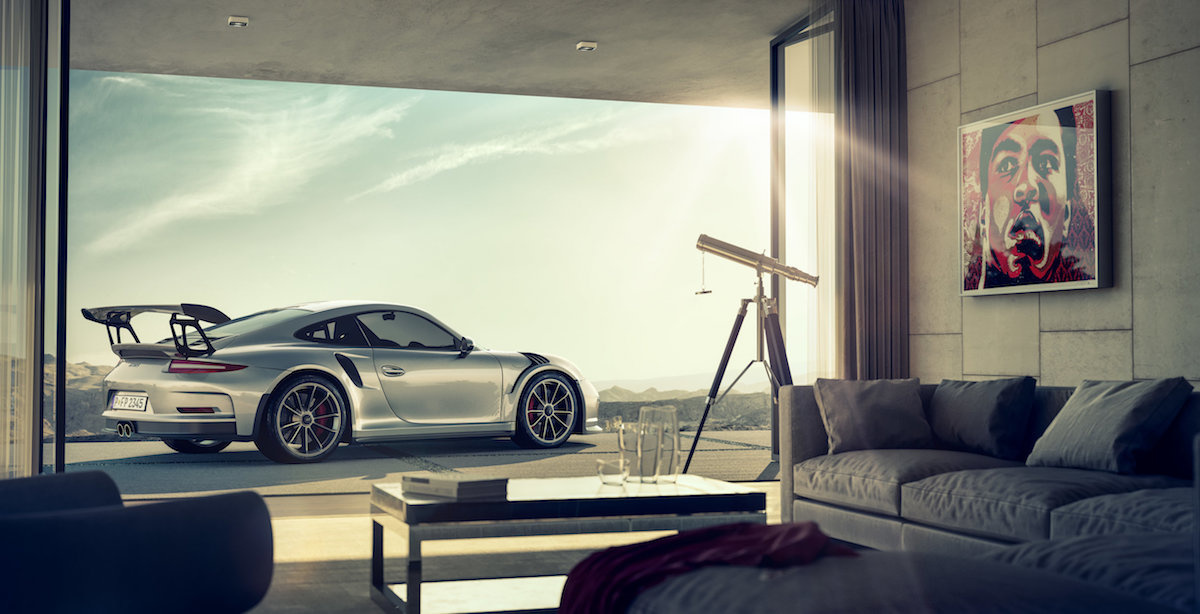 Sometimes models of the same car brand differ by small details. It is cheaper to photograph one model and change just that one detail in post than organizing the logistics to bring several vehicles on location which are almost exclusively brought by trucks, so they are kept clean and shiny. 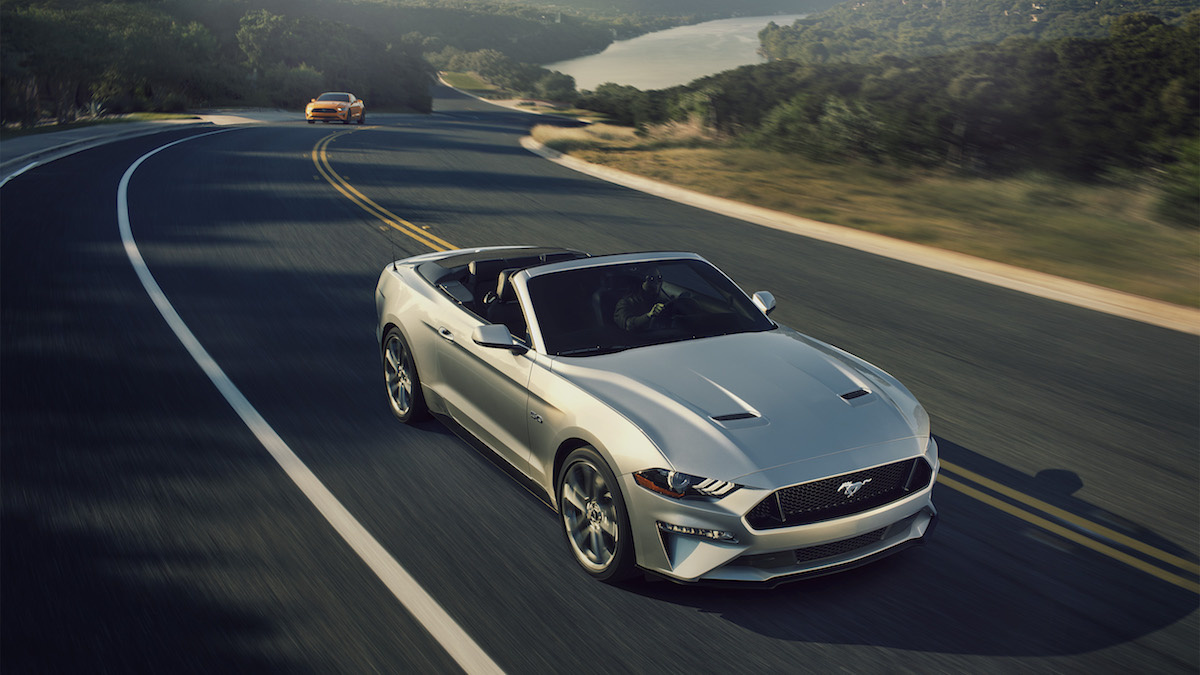 Most of us as photographers think that the heavy artillery of post-processing is when we replace the whole environment, but in Curve Digital that's not a limitation. There are cases when the car manufacturer has one prototype that you don't have access to and can't be brought on location even for a studio photoshoot. In this case a full-CG model of the car is rendered in a desired environment (be it a photograph or a CG landscape). As the viewer has become very sophisticated and picky, Nick Limb and his team need to make sure nobody will be able to tell the difference between a real and their rendered result.

Despite the fact the studios at Curve Digital are fully equipped with means to aid realistic CG production (such as a 360-degree camera for HDRI backgrounds) and rendering farms for in-house rendering, their computer-generated results form less than a third of their portfolio.

Client's Involvement in the Process

Those who use the services of Curve Digital are involved in the process from the very beginning, having access to intermediate results, so that everyone is on the same page. The company even does live screen-sharing sessions with their clients especially for the more complex image manipulations. On these online meetings the client can discuss changes in the composition and see some of them applied in real time. 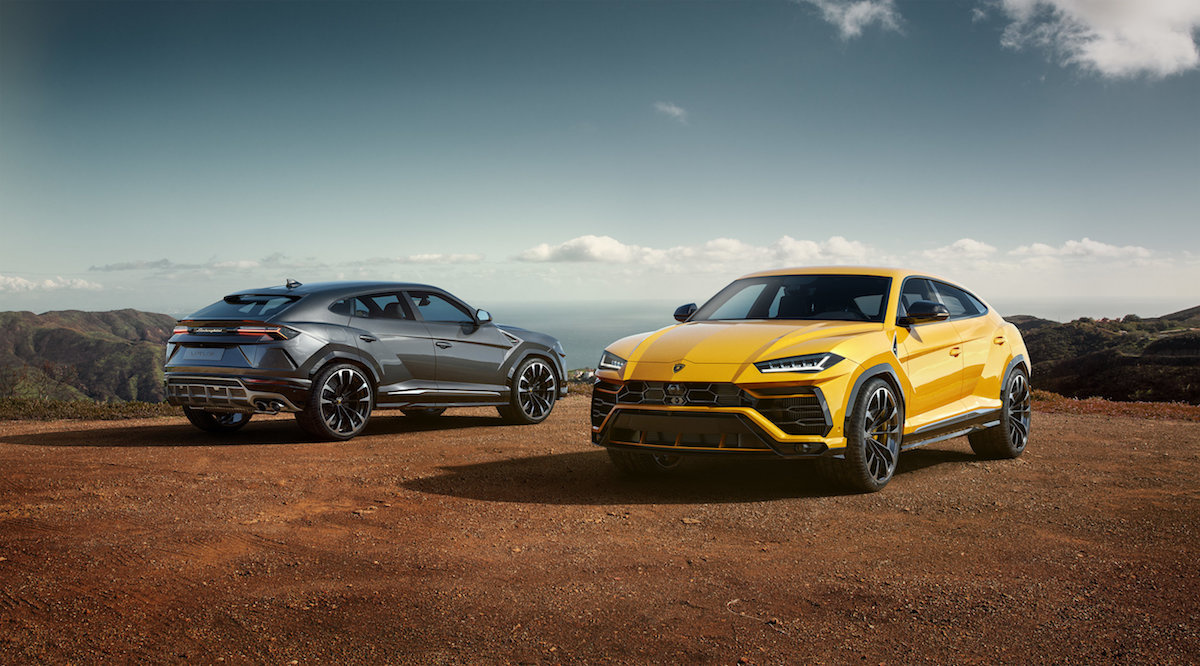 Car advertising evolved from what it used to be in the past into an industry that allows a complete freedom of the ad concepts with regards to the technical execution. The project can have a heavier preproduction or rely entirely on post-processing manipulations. Curve Digital is a company that shows they can handle both cases and achieve consistent results despite of the constraints of the project. 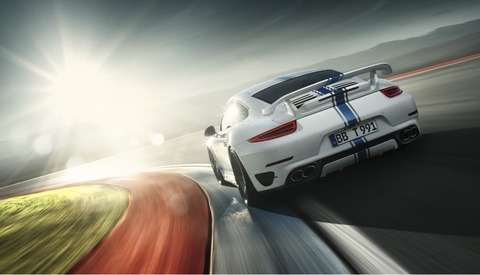 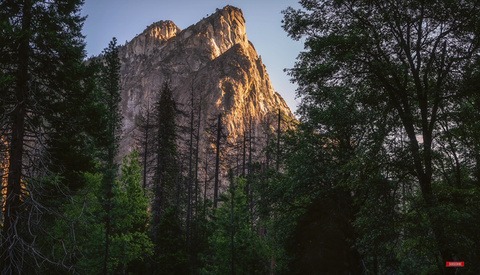 New
Where Art Meets Architecture 4 How to Photograph Luxury Architecture and Real Estate
With Mike Kelley
$299.99
$209.99
Log in or register to post comments

These commercial automotive post production artists are able to elevate an already great photograph to something with so much more depth. That photo of the Volvo driving under L.A. is stunning.

Indeed. The Volvo one is my personal favorite from those images too.

A great deal of their work is actually 3D render not photo. Good stuff but the post is better suited for such sites as cgsociety or artstation.

These guys are not using CG for all of their work. They told me it's less than a 3rd of their work requires CG. They prefer to work with real photographs of cars and just enhance the image, like removing the rig, or changing props in the environment, replacing sky, etc. A fully rendered car is needed only when the project requires it. Sometimes a model is not out yet and all they have is a 3D object by the manufacturer, but that's not very often.

In any case, the goal is to present a car that you can't tell if it's real or not. When you go to the car dealer you see the same car. Nobody cares if the ad was with a real vehicle or not. It's all about managing the marketing budget for the manufacturers. They don't care if it will be a real photograph or a CG generated object.

It's not the photographers or the post processing companies (like Curve) who decide how to fulfill the requirements of the client.

I get the point and you're right, the goal is achieved, but my statement is based on their portfolio not on this post. Under the Making of menu there's almost nothing but CG, and even when they use a photograph of a car, the background is entirely removed and replaced with someting else. Also, the path blur they add in post screams fake. So the output is cool but the whole approach is not very relevant for someone who just wants to learn car photography.

They are not a photography company, but a retouching company. This is why they show complex manipulations on the "making of" page, not photography skills, because they are not the photographers.

Best article in a LONG LONG TIME. This really motivates me to shoot more. I was lost and didn't know what to do. I love automotive work. Its one hell of a challenge.

Nice to hear that Brandon. And great automotive work in your portfolio too. Keep it up!