Aerial Video And Night Photography Of The Spectacular "Fly Geyser"

Have you ever seen a photo of a unique place, but could never find exactly where it was located? For years, Justin Majeczky was aware of the existence of the Fly Geyser, but only after research and some smooth talking was he able to locate and document this unique phenomena.

Justin’s journey to create the video above and the stills below, started to take shape when he found the location of the geyser and where it sat on the land. It was on private property, but that’s where things took an unexpected turn...

After some research I quickly found out that the geyser sits on private property. Knowing that almost every ranch hand in Nevada carries a loaded gun with them I neglected the jump over the fence method. A few years go by and I find out who owns the geyser. Crazy enough it ends up being a client and friend of mine.

After a few simple calls, Justin and a small team of photographers descended upon Fly Geyser, armed with photography equipment including a Sony A7s. They arrived at sunset and stayed the entire night, shooting a wide variety of images and video clips. 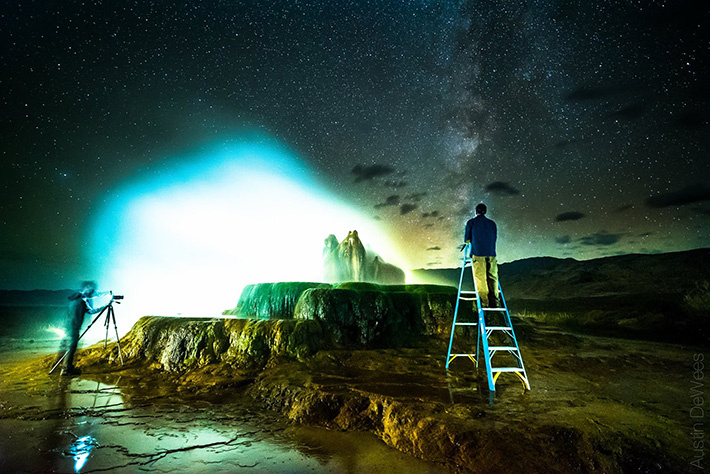 The geyser itself isn't a completely naturally occuring geyser. Well drilling in the 1960s tapped into an underground geothermal water source, but it's speculated that the well was not sealed up when the drilling was completed. The geyser now erupts constantly.

We had no idea where to begin but knew we were in for a treat. The geyser itself spews 160 degree water into the sky and it dribbles down into subsiding pools thats cascade down from the spouts. A huge issue we had was the wind blowing the moist steam around all night long. One moment it would be blowing away from you and the next minute your lens and glasses would fog up and you couldn’t see a thing. 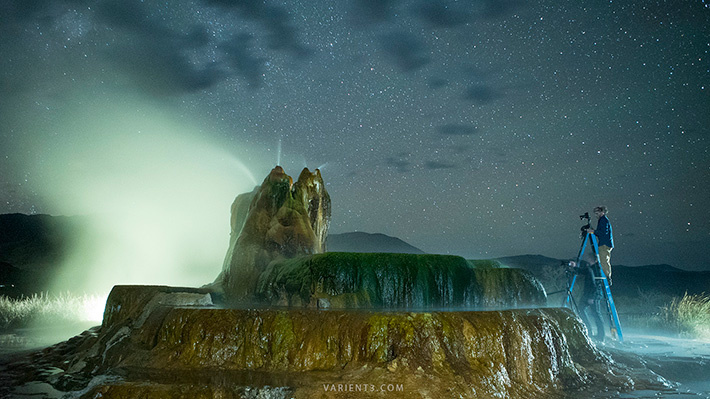 Justin and his team came equipped to light up the geyser at night, but luckily they brought a ladder as well! With a way to get higher angle shots, they could capture the pools of mineral-filled water.

We set up a simple 3 point lighting set up with low power LED’s. My friend Abe Blair brought his 8ft ladder which ended up being super useful to get above the pools of water. 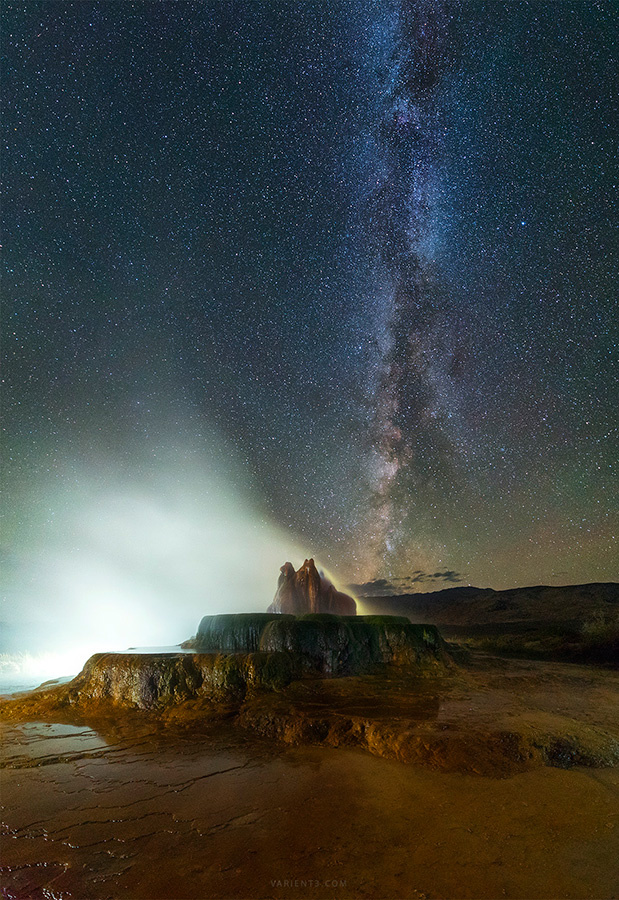 The property where Fly Geyser resides is expansive, and it also offers another goethermal formation with even more photographic opportunity.

The property is huge and offers two separate geyser formations. One does not run anymore however. There is a separate geothermal swimming pool that has a dock that is partially under water which was a favorite composition of mine to shoot. After a full night of shooting the stars the sun finally popped over the horizon and I began to shoot some video of the geyser. The backlit steam makes for amazing atmosphere. Even when the sun got higher in the sky the geysers colors really started to pop. This location is not only unique but it looks good in any light. 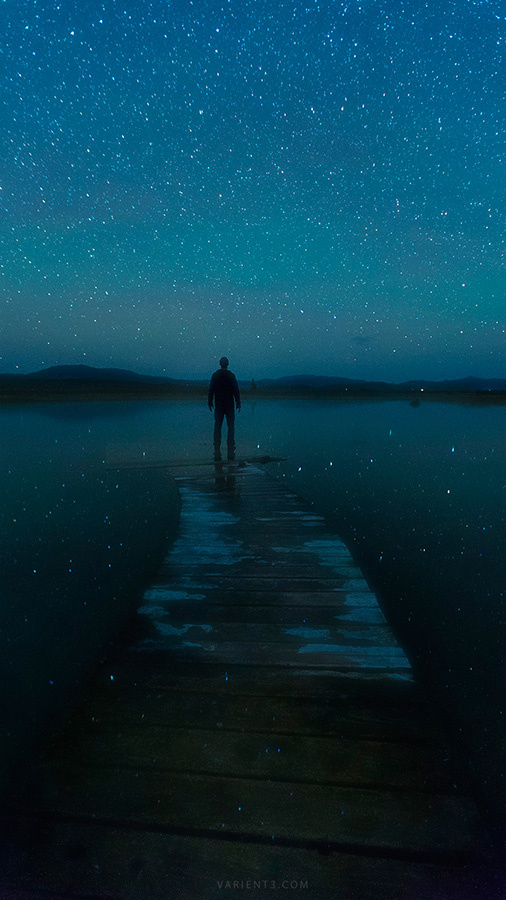 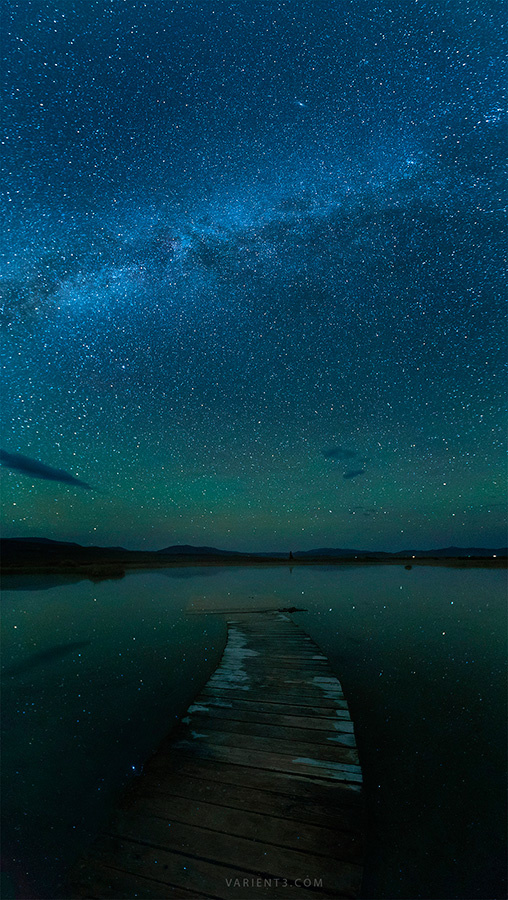 The still images above (non-BTS) were shot with the Sony A7s, and the video footage was taken with a Canon 5Dmiii. Aerial clips were captured with the DJI Phantom 2 with H3-3D gimbal and a GoPro Hero 3.

Justin Majeczky is a multimedia artist out of California, who has a portfolio full of timelapses and night sky photography. His website is Varient3.com. The first image shown is by Austin DeWees.

BTS / January 19, 2015
Go Behind The Scenes On "The Great Human Odyssey" - A Documentary On The Origin Of Our Species
Log in or register to post comments
2 Comments

Love the video guys and love ODESZA too so you melted my heart with this one;)