Lytro Finally Introduces a Camera That Creative Professionals Will Want

The Lytro field camera was cute, but completely impractical for anyone who really wanted to take professional imagery. It was a weird rectangle that just never felt like anything more than a toy. Today Lytro intends to change that with the release of their professionally-focused Light Field Camera Illum. It comes with a 30mm-250mm lens equivalent with a constant f/2.0 aperture and will ship starting July 2014 for $1,599.

The Illum and accompanying software is "designed to redefine the way we portray the world around us. Built to harness the full power of the light field, the professional-grade LYTRO ILLUM will give photographers a new medium capable of capturing visual experiences in their purest form - not as a static cross-section of reality but an authentic, interactive window into their world."

To enable such rich, layered compositions, LYTRO ILLUM delivers unparalleled optical versatility by merging custom-built hardware with a powerful software platform. The camera offers a 40-megaray light field sensor, 8x optical zoom range, constant f/2.0 aperture and a high-speed shutter capable of freezing motion under a wide variety of conditions. After image capture, the innovative software platform empowers photographers to adjust aspects of images that were previously fixed, such as focus, tilt, perspective shift and depth of field, which allows the photographer to create images that will resonate for the viewer not just in one dimension, but in every dimension.

As part of the launch, Lytro is offering a variety of exclusive opportunities to those who pre-order the camera before July 15. In addition to receiving a specially-engraved LYTRO ILLUM for a special introductory price of $1,499 and an extended two-year warranty, they'll be eligible to join an inner circle of Lytro users with insider access to product development insight and support. Even after the product ships, this nucleus of early adopters will continue to receive ground-floor insight and training from the Lytro team, with opportunities to contribute to exclusive developmental projects.

As part of their status as early adopters, individuals who pre-order will have the opportunity to submit their own photo series to earn a spot in the Ultimate Lytro Photo Experience ‹ a once-in-a-lifetime trip to shoot alongside a prominent photographer on an all-expense paid photo shoot. The Lytro team and this pro photographer partner will be on hand to provide high-caliber, hands-on training and practice for getting the most out of LYTRO ILLUM. As the larger photography community gets acquainted with this new style of digital art, these early adopters will have an inside edge on techniques for producing cutting-edge Light Field Photography. 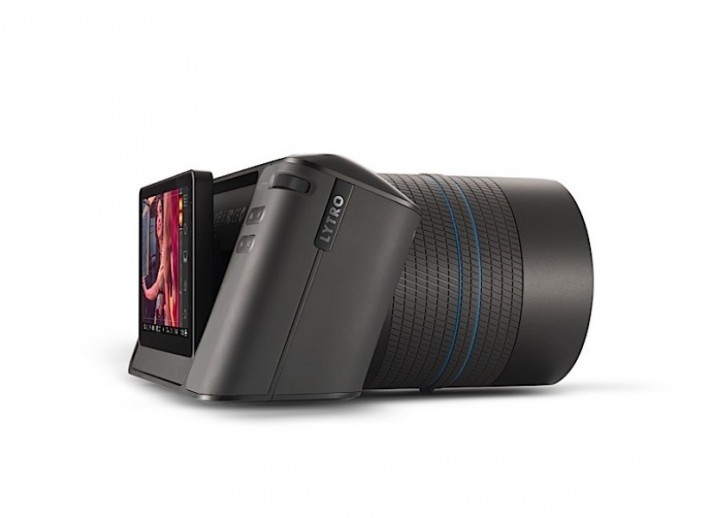 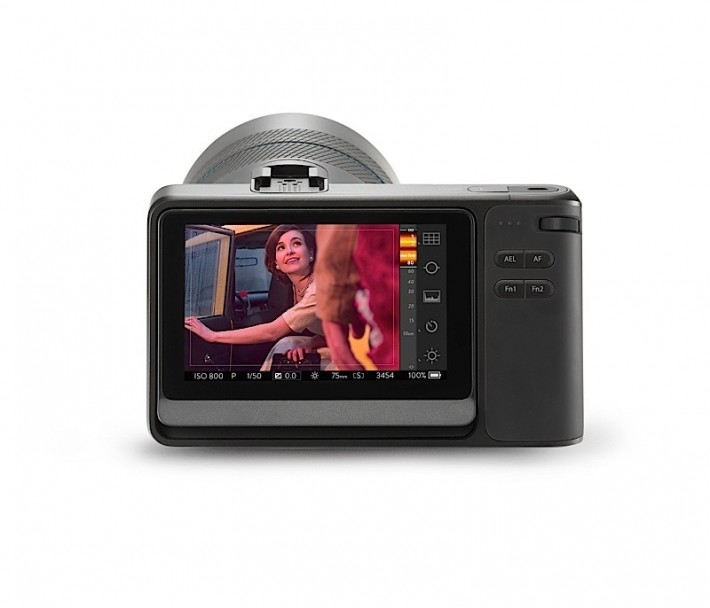 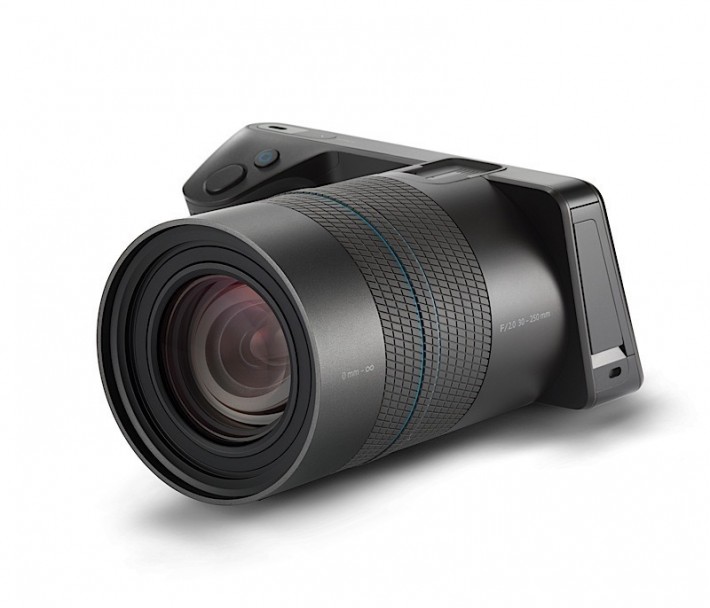 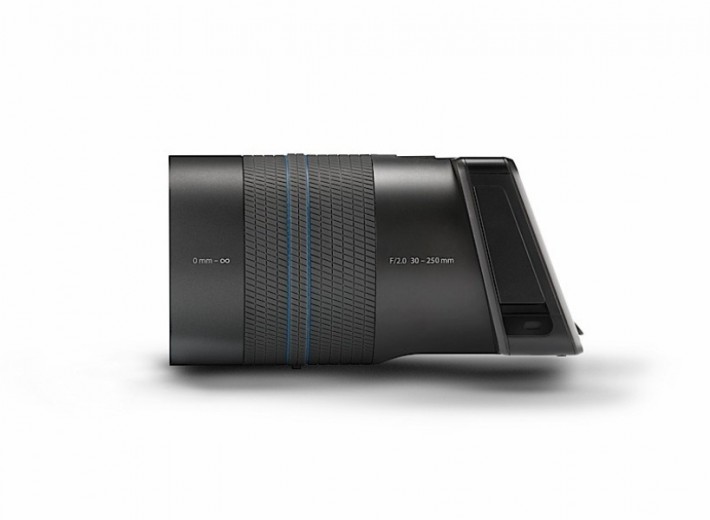 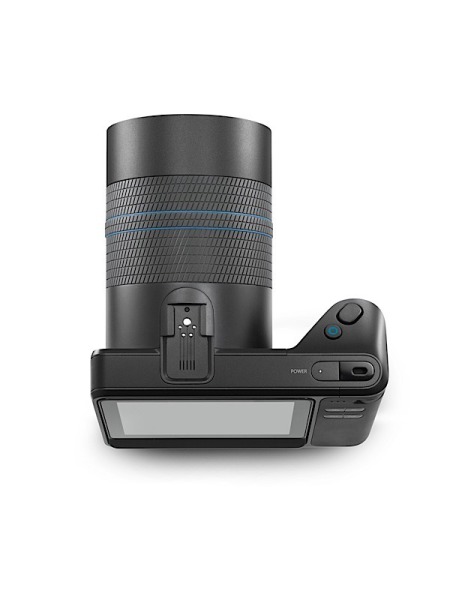 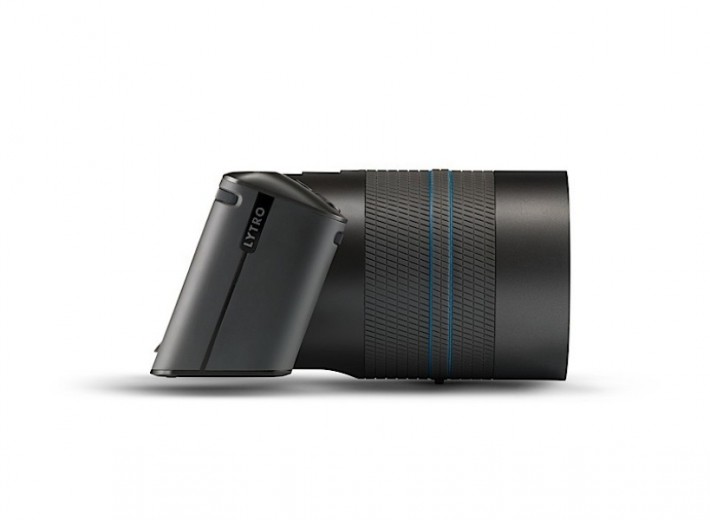 I love this. The tech finally seems more approachable, and it's a camera that feels like a camera. Who else is excited about this? For more info, head on over to Lytro.com.

UPDATE: Imagine translating the images into video. This video provided to us by Lytro shows how you can create living pictures, similar to how After Effects can be used to bring movement to photos:

I wonder if Capture One will start supporting this.

sensor size? can I print these photos? will the image viewer be supported for all OS and browsers? it's definitely not jpg or raw, so how do we post-process them?
I can understand somehow they managed to get the focus later, ok, but focal length on the lens seem to be based on 35mm film format, so how big is the actual sensor? how do we calculate how much of the subject is in the focus? went through their website, but couldn't find any specifications of either their old cameras or this new one.

Meeh, can't get excited about it and usually we've the final image in our head so do we really want that the viewer can player with the dof? To me it's still feels just a gimmick.

I agree. It seems odd that the photographer would be letting the viewer decide the focal point. That's how we as the photographers direct the eye to where we want, not leave it open for interpretation.

Might not add much now, but imagine that we in a few years might have screens instead of print showcasing these 'moving' photo's that allow you to play with focus as an extra dimension.

I would look at is as a new art. Now the photographer must look at the composure even closer now. Take interesting photos that different people will focus at different sections and create different stories in the same image. I see it as a new Art form in the making and really excited about it.

With technology, why should an image remain the same forever? If you take a dynamic photo in which you could choose four different focal points, and refresh the image, why wouldn't you do it?

This could be something down the road that you could sell these images in an interactive display that people will hang up on their walls.

So that's cool. That is not to say that I already can foresee the hype that's coming out of this thing and the amount of crap we will get out of it (think HDR! Yikes!)… so THAT is in deed something I'm NOT looking forward to.

But well always good if you can be the first on such a bandwagon in a tasteful manner. :)

If you compose for the surroundings and not the subject the photo will have layers and depth even if you shoot film - a good photo will have 3-5 layers giving the viewer an interesting image to explore.

Why would you print a light field photo?

The whole point of taking a light field photo is to be able to refocus live.

There are no printers that are capable of printing light fields.

Wow that's some narrow thinking if I've ever heard it.

I think the 'whole point' is having the ability to re-focus those shots which we just missed focus with, especially when it comes to sports/wildlife. I don't think Luke was suggesting that you need to print each field (correct me if I'm wrong @lukeleethephotographer:disqus), merely asking if it was possible to refocus and then export that 2D image in a printable format.

I know it's dorky as heck, but I'd love to be able to print a cereal-box hologram with one of these. It would amuse me for hours on end.

The bigger question here.. is will they support time-lapse in their embedded viewer app. Also... when are they going to implement video in their cameras for pulling focus in post :)

I just uploaded a video they sent me... and if that was easy to export... I'm so sold.

I'm still trying to figure out HOW they exported the video (series of emails with them), but the file did come to me in 720p. I want to export EXACTLY what they did from their software into a .mov. But if that's possible even at only 720p, I am very VERY excited.

all i want to know is how many fps can it handle? if its over 4-5 this will change sports photography forever, you wont have to even look threw the lens just press the button and then focus later... it will be amazing...

Very good question! You are right this camera would reign king in sports photography given a high burst rate!

It could someday reign king in sports, portrait or newspaper photography. The problem is the quality of the photos (for now), but so long as they get a product out there the financial backers will be happy. Expect this company to be bought out relatively soon. The technology should only get better.

Samples look soft and suffer from some bad compression. I this the only way of viewing content from the Lytro?

Absolutely love the looks! Looks like one of those fancy medium-format cameras or something that Apple would design. But man is the focus soft! Hate it!

Alan I think you have confused focus with the heavy compression demonstrated in these examples. Look at the dirt on the moto-x shot, looks sharp to me, and I would imagine it is tack sharp at full res.

The sample images are horrible. Not a great way to advertise. Plus, how easy is it to use without a viewfinder on a beach at high noon with sun glare bouncing off the sand? Still seems to gimmicky for my taste.

Could be interesting in landscape, architecture, or real-estate photography

Love it!
Lytro , please make it take 24 photos per second :)

The image sample not really convinced me. The hood looks sharp but when focusing on the face it doesn't really look that sharp!

That's my concern. I would want incredible precise focus controls in post.

My comment would be that I've seen other examples which work beautifully. The issue with the car image is that the face may not be in focus due to the glass being the farthest solid focal point in the image since the man is behind the glass. We've all had the issue of trying to use AF to focus on a subject beyond glass when our AF instead finds the drop of water or speck of dust on the glass more interesting. I think this concept is great for creative marketing.