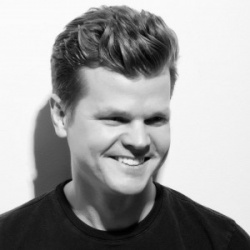 Photoshelter released a new guide 11 Secrets to a Great Photo Website, packed with information and tips about creating and updating websites for your photography business.

The free downloadable guide dives into 11 important points you should keep in mind when building your website to attract potential customers, helping spread word-of-mouth referrals and how to grow your businesses through your website.

Tim Hetherington, without a doubt stands high among the elite of war photographers.

There is no way that one can possibly encompass the magnitude of an individual within the pages of a single book. Alan Huffman makes that attempt with his biography Here I am: The Story of Tim Hethergington, War Photographer.

Then & Now is a project from Marc Ghali, which explores the statures of famous faces from previous decades and infuses them with their modern counterpart.

Each generation has their own iconic faces of actors, politicians, musicians or celebrities. In this mix of throwback figures and current icons, Ghali creates a new look at comparing both of the individuals and blending them into one image.

Photojojo.com is well known for having a ton of fun photography related products. Their latest happens to be a LED light panel that can be controlled from an iPhone.

The Kick is a five row LED light panel that can be customized to any color temperature through a downloadable app. The unit runs on a USB rechargeable battery which is a huge plus.

On Tuesday June 4th, starting at 4pm ET, Photoshelter and Agency Access are teaming up to bring a behind-the-scenes look at what ad agencies are looking for from photographers. The webinar will feature former art producer and Agency Access creative consultant Kristina Hicks, who will discuss tips for getting noticed, how to craft email promos, details on direct mail pieces and creating leave behinds

James Cameron graces this months cover of National Geographic for good reason. Not long ago, Cameron took his solo manned submarine Deepsea Challenge, to depths no other human has traveled into Challenger Deep.

In the behind the scenes video, we get to see photographer Marco Grob working through pre-production with the team, how the shoot came together in a couple of hours and the tracking down a huge tank (apparently from America's Next Top Model) for the shoot.

After a horrible decision to fire an entire photo staff on Thursday, the Chicago Sun-Times media writer Robert Feder, released a Facebook statement from a memo sent out by managing editor Craig Newman. It seems that in the next couple of days, editorial employees will be starting "iPhone Photography Basics."

In surprising news out of Illinois today, the Chicago Sun-Times has let go of all staff photographers and will be hiring only freelancers moving forward. The estimated 20 photographers found out about the move this morning.

Think Tank launched “About A Photograph,” a video series that features stories from photographers about the photographs they have created.

The videos are co-produced by Think Tank Photo co-founders and award-winning photojournalists Kurt Rogers and Deanne Fitzmaurice. Each video will feature some of the world’s leading photographers recounting the stories behind these images that captured global attention.

Photographer Adam Voorhes out of Austin, Texas, has documented a collection of approximately 90 human brains that the University of Texas had amassed over the past 30 years.

The story goes that Voorhes found the collection a few years back after meeting Dr. Tim Schallert, while searching for a way to illustrate a Scientific American article.

Charlie Haughey, a retired cabinet maker, was drafted to the US Army in 1967. While being stationed in Vietnam, Haughey was told by his commanding officer to document the war. The twist was that the photos were not to be shot of traditional combat, but as morale boosting photographs of the unit.

Before we jump in, it is important to note that I was brought in on this food project to match an already in place look and feel for the client.

The menu at the restaurant was expanding and the client was in need of capturing updated photographs of the new plates that were starting to be served.

This tutorial is a quick rundown of a two strobe lighting set up that was shot inside a restaurant.

Filmmaker J.J. Abrams; Star Trek, Star Trek Into Darkness, Super 8, Lost, Revolution, Fringe, the upcoming Star Wars movie (the man is everywhere these days,) gives us a peek into his process during a recent sit down interview with the British Academy Of Film And Television Arts.

Abrams discusses the transitions between television to the big screen, balancing hyper-reality with intimacy, why television leaves room for surprises, the best advice he's ever been given and what advice he would give to future filmmakers.

Winners of the 4th International Earth and Sky Photo Contest, hosted by The World at Night (TWAN), were announced this week with some awe inspiring photographs.

TWAN is an international effort to photograph nightscape and time-lapse videos of the world’s landmarks. According to TWAN's website "The contest was founded by TWAN and Dark Skies Awareness project in 2008 as a regional

Here is a funny glimpse into the comic shenanigans that happened during a photo shoot for Fast Company's 100 Most Creative People with Keegan-Michael Key and Jordan Peele.

In this video directed and produced by Casey Rodgers, the two improv comedians are on set riffing off the cuff with their hilarious

Time and Google have created an astounding, multi-decade animated timelapse of the Earth. It is nothing short of amazing the amount of satellite photographs that has been collected and crunched. Trillions of pixels of satellite data which until now, have not been available to the public. Locations around the Earth can be searched and viewed through the latest project Timelapse: Landsat Satellite Images.

In this amazing split second moment of time, Travis Roe captured a bolt of lighting striking the South Rim of the Grand Canyon.

The once in a lifetime photograph was shot last year but recently surfaced after Roe submitted the image to the U.S. Department of the Interior.

We have all witnessed it, practiced it, you might be doing it now while reading this post. Sadly, seeing someone staring down at a mobile device in public has become such a common sight, that we might walk right past without even thinking about it.

While on a recent visit to Taipei, Tao Lin created photographs of strangers interacting with their mobile devices.