A couple of weeks ago I had a chance to shoot with the Broncolor Siros Monolights for the first time. Until now, my light of choice has been the Profoto D1. I, like many of you, have seen reviews on Broncolor's new monolight, and like many of you as well, have been a bit skeptical about their delve into competing with Profoto's D1 and B1 Series for the high-end monolight market. The Siros is available in two models, a 400W/s monolight and an 800W/s monolight, and for this shoot I used five Siros 800s. In this article I will give you my complete lighting setup, gear list, a retouching preview, and complete review of my experience with the Siros Monolight and BronControl app.

Gear Used for This Shoot

For this shoot I used five Siros 800 Monolight heads. Three of them had Broncolor Standard Reflectors attached, one had a beauty dish, and the other had a 2 by 3.3 foot softbox attached. I shot with my Nikon D800 and Nikon 85 f/1.4 lens. I also used two other pieces of gear, a standard honeycomb grid set from Broncolor (I believe I used the medium spread) and on the same strobe that I had the grid attached I also used two red gels from a Rosco Color Effects Gel Kit.

A Look at the Lighting Setup 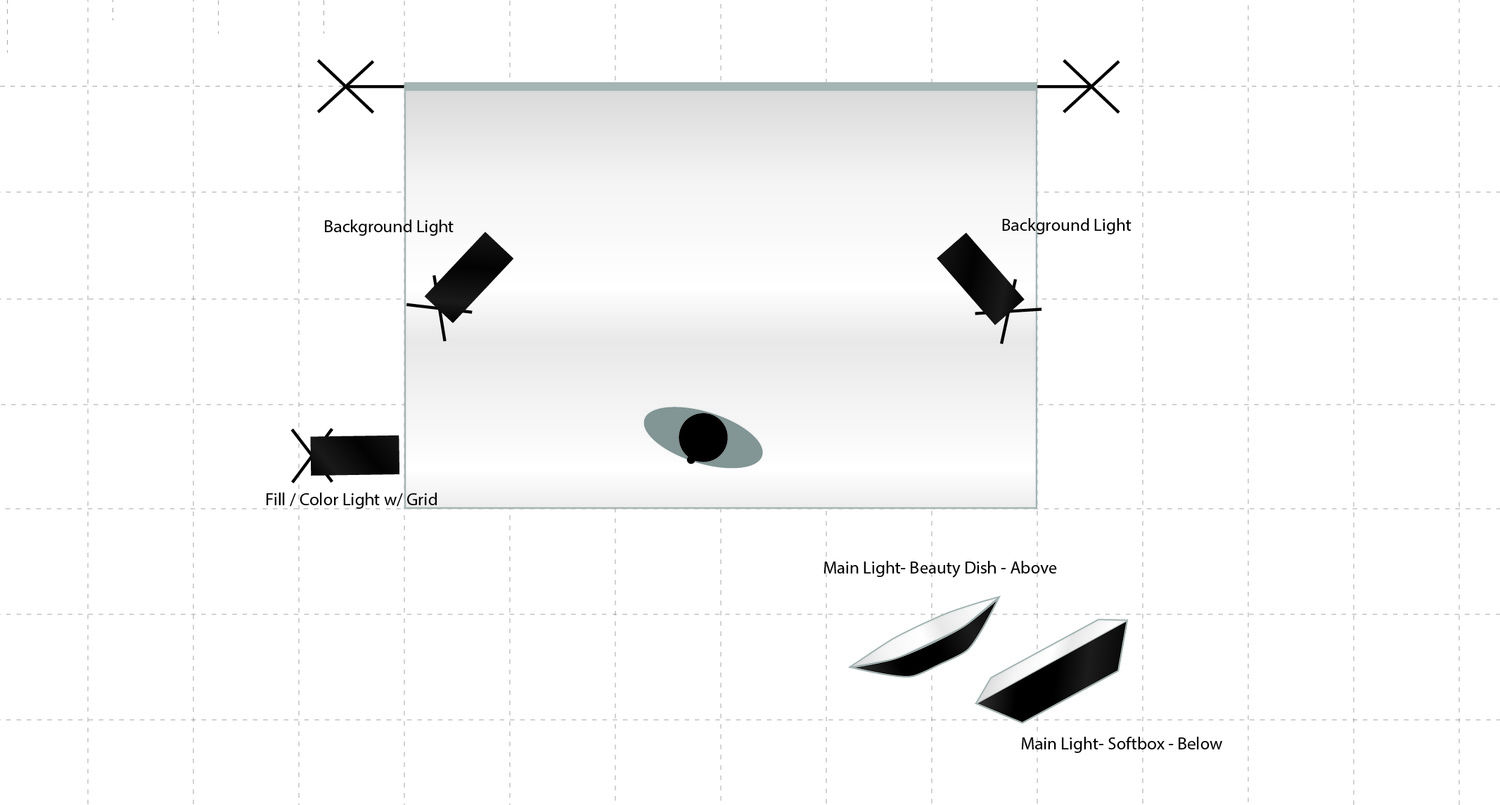 I knew I wanted a crisper light, so when thinking over how I would light my subject, I was trying to decide between using the beauty dish and the narrow angle reflector. The narrow reflector would have given me a slightly more "direct sun" type of look with a very focused shadow edge. I did, however, decide to go with the unique not-too-soft, not-too-hard quality of the beauty dish. Also, I knew I would shoot three-quarter and half-length shots, so I wanted to even out the exposure on my subject, which is why I added the softbox underneath. The softbox is literally directly under my beauty dish, on the same angle, but 3 stops less in output for this scenario.

The background, which was a white roll of seamless paper, was lit very simply with two strobes. Both of the strobes lighting the background were equipped with standard reflectors. When lighting this way, there are a couple of things to consider. For one, I am not shooting full-length, so I can get away with just one strobe on either side. Also, I did not have v-flats available, which could have been used to control the spill of light, bouncing off of the paper and back onto my model. Instead, I had to closely monitor the output of the background strobes and also get my subject far enough away from the backdrop so that the reflected light did not affect my subject. You can, however, see a slight sliver of white light on the model's right jawline, which is light coming off of the backdrop.

Finally, another strobe is placed camera left and pointed directly at the side of the subject. This light is filling in the shadow side of the subject and it is also adding the red color that you are seeing. I added two rosco red filters. The reason I went with two instead of one is so the color would be more saturated. You also need to consider that each filter is going to block a certain quantity of light. So even though that light was set at 6.0, it's not giving you the same quantity of light it would be without the filters. 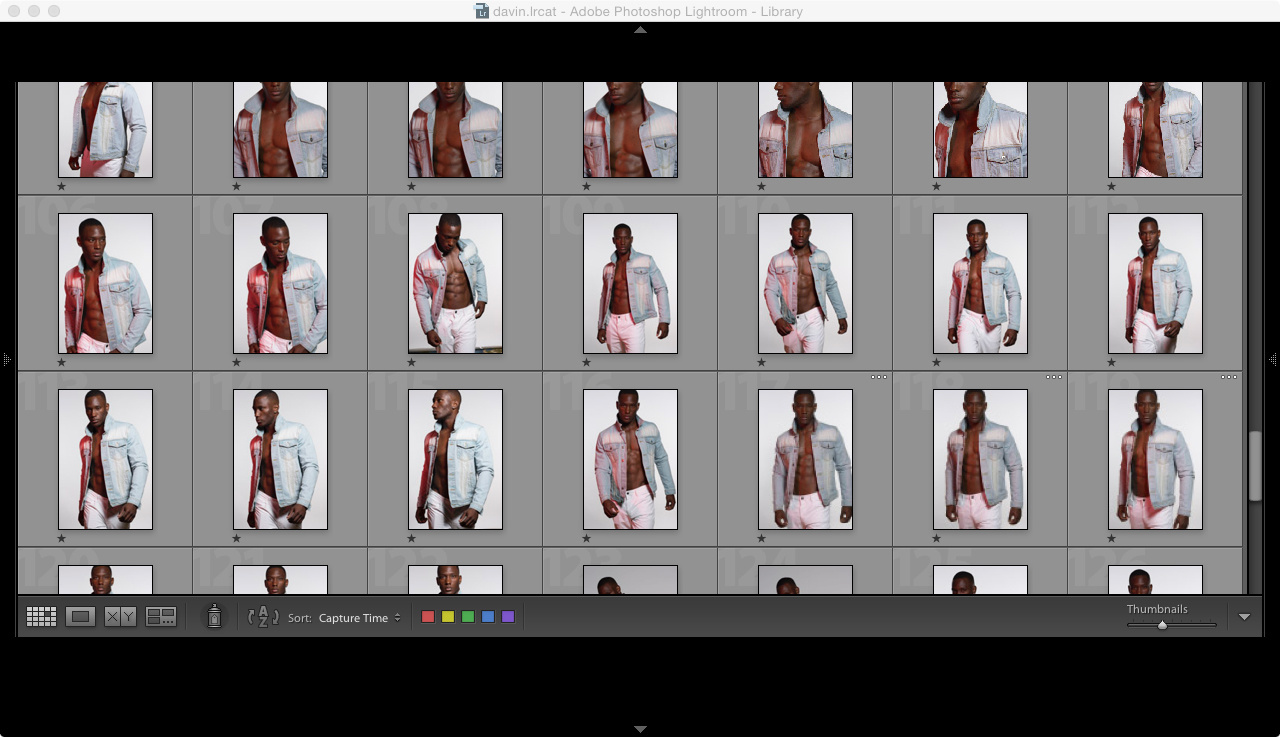 The shoot itself was just a quick test shoot for a local male model. I was able to get a few great shot during the shoot but also able to fully experience the Broncolor Siros and the new BronControl app.

My first impression of the light while setting up for the shoot is that is was bulkier than I expected. The visual aspects of the strobe and the user interface are very sleek and modern in feel. While actually shooting, I was much more focused on working with the model and having the lighting ratios to my liking to really focus on the quality of the light itself. Even so, I was very impressed with the intuitive nature of the strobe's controls and overly impressed with the ease and control that the BronControl app provided.

I have long leaned heavily towards the Profoto D1 for its ability to provide a high-quality light with the best in color consistency and recycle time, while also providing remote control of the power output through the air remote. The BronControl app was a revelation. Not just because of the visual nature, but the actual ease of control. The app allows you to see all of your lights and their power output. From your phone, or on an iPad, you can select any light and change its power as well as its modeling light.

It wasn't until the shoot was over and I was able to consider everything that I really became impressed with the light itself. I have gotten used to pacing and controlling the tempo of my clicks while shooting, but of course on every shoot I get carried away or the model hits a good run and I shoot fast and inevitably the strobe will not fire on a few of those shots. The Siros did not misfire once during the shoot, and I was for the most part capturing motion. Albeit, the modeling wasn't sprinting or jumping and I wasn't firing 30 shots a minute or anything like that, but I did have the modeling walking and moving and I didn't miss anything.

What Broncolor has done with their competitively priced strobe is pack in the quality of color consistency and recycle time that their high-end power packs are known for. The other takeaway from my experience with Siros is that all of my images were extremely sharp, which among other things, is a factor of the flash duration of the strobe.

If you are interested in more information and an in-depth review on the Siros by Broncolor, check out this full review by Fstoppers' Michael Woloszynowicz. 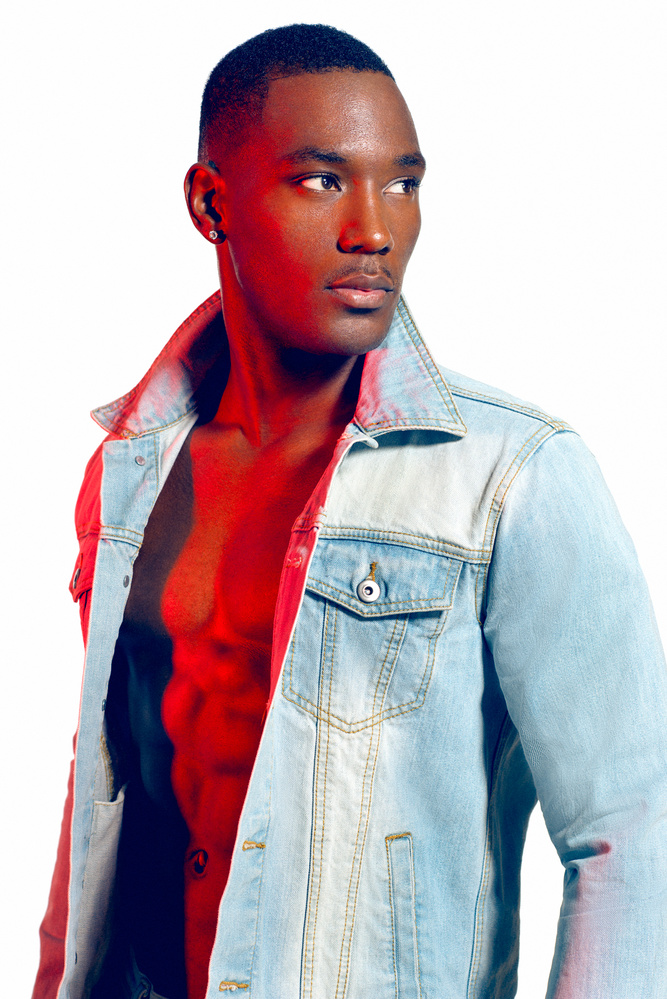 Overall, I was impressed with Broncolor's Siros Monolight. I've been so comfortable with Profoto's Air Remote System and super simple mounting system, that I didn't really give Broncolor a consideration. Now that I've had a chance to test the Siros, it's time for major consideration on whether or not a switch is in order. Any of you guys that have had first hand experience with both, I would love to hear about your experience's and preference.

I will continue to edit and post images from this shoot on my website, so check back in the upcoming days and weeks. 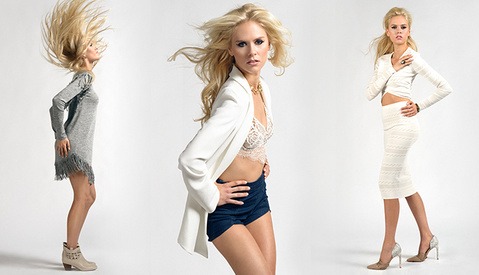 Really not a fan of the fill with red gel. I feel like it's super distracting from the other side which has stunning light produced by the strobes. Would have worked better as a rim/kicker imo. or if it was flagged toward the bottom

I usually do not consider Bron gear because of the price. Just checked the prices on these and they are very competitive.
They are larger than the Profotos but in the studio this is less of an issue. Beautifully made.

In size and shape they remind me of the large, clunky, Bogen monolights I used a long time ago. Big and heavy for an overhead boom position.

Most monolights are heavy for boom use. Hence the popularity of the pack+head configuration.