The ME20F-SH is Canon's latest, crazy-high ISO camera, able to record clean video at over ISO 4 million (not a typo). Early footage was lackluster in content, and early media stated the natural security-field uses for such a camera. But the latest video suggests the ME20F-SH could be used to shoot incredibly beautiful footage of our world that wouldn't have been able to be captured the same way in the past.

In the video, Canon compares footage shot of the billions of stars and galaxies that can be seen throughout the Milky Way and beyond. But soon enough, the camera flies into an even more awe-inspiring scene — that of a cave of blue-light-emitting glowworms. Interestingly enough, it's this footage that seems as though it's taken from another planet.

Comparison video to that of a standard video recording camera shows just how dim the light is within the cave. But the ME20F-SH, if we can forgive its name, produces footage that opens the entire world within the cave.

The ME20F-SH is a full-frame, 35mm, ultra-high-sensitivity camera that can actually be pre-ordered today for delivery this December (although this footage was apparently shot on a prototype version of the camera). The price comes in at $19,999, but it's hard to say if that's high or low, given this camera's unique abilities. 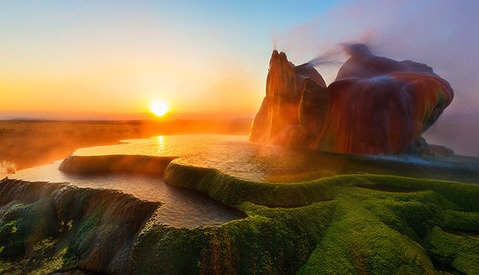 Videography / December 9, 2013
Stunning Timelapse Video Reveals The Beauty And Ferocity Of The West
Log in or register to post comments
7 Comments

amazing performance! the shape of things to come.

I must admit as a tech demo its very impressive. I switched from using Canon gear to Nikon last year for the massive difference in dynamic range. I can't say this video makes me have any regrets as I'd rarely find myself shooting above ISO 400 in any situation as I mostly shoot with strobes. Still though, no denying its an impressive leap in technology.

Wow, the motion capture is surprisingly more jumpy than GoPro.

I can't even wait to introduce to our NYC clients "Midnight Portrait Sessions in Central Park" - Capture the love of your family by the moonlight.

Insane. Anyone knows when 5d mark iv is coming? Or is it at all or are we stuck with 5ds?

I have NO idea... Where in the world is that thing?