Cinematic Industrial Video Shows How Kessler Products Are Made

Cinescapes Collective is a Saskatchewan, Canada based production group that has been putting together unique documentary content that has a dramatic and cinematic aesthetic. Their most recent short tells the story of Kessler, the creators of popular video production gear like sliders, cranes, and now motion control products.

Cinescapes became involved in the project through timelapse guru Preston Kanak, who had been collaborating with Kessler on educational content for the last two years. Kessler reached out to have a short documentary created about their new CineDrive system, and the result is the video above. I spoke with Preston to get some more background information on the project.

Over the course of six months, the CC crew shot all over the United States. Preston pointed out that it could have been done faster, but they didn't want to rush it if they didn't have to.

"Although we could have completed the documentary in a much shorter period, we felt that it was critical to let the project evolve during this period and because there was no hard deadline for the project, we were able to let it breathe."

With six months to work through, the editing process had time to develop as well. By soliciting feedback from other filmmakers, CC was able to refine the Kessler story.

"This piece really evolved from its first assembly. By taking a collaborative approach to the edit, we were able to receive feedback from many filmmakers and adapt the structure based on this feedback. We had a baseline for production and had a few key points we wanted to hit but tried to remain flexible with the story and allow it to evolve over time. With us shooting this over six months, we were able to take a step back and revisit the project using a fresh set of eyes." 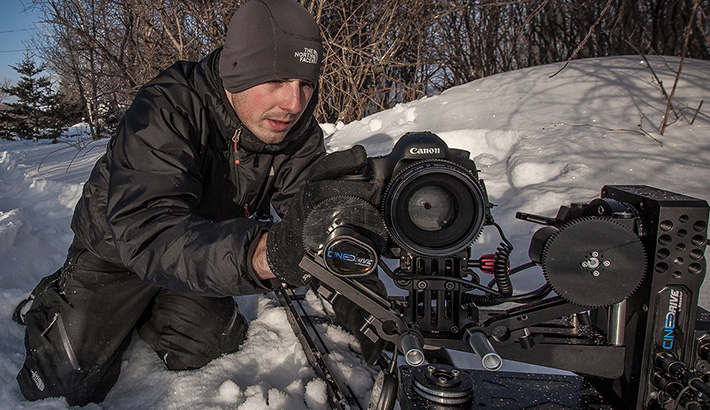 With the interviews being a key component to any documentary, CC's approach was to have small, team-based crews with specific roles.

"The majority of the interviews were shot by two people - one person operating the cameras and one person monitoring sound and conducting the interview. Although we generally will work with larger crews, it was nice to keep the setup light and nimble. We also didn’t break out roles during production, rather worked as a team to light, setup the cameras and prep the audio."

CC's style of documentary-infused industrial video is a refreshing approach to boring informational videos. Preston offered some insight into their process for selling clients on making this type of a video, rather than a scripted, sales-driven marketing video with a voiceover.

"Trust plays an integral role with any working relationship. One thing we really work at is finding clients who are forward thinking and willing to take risks. One way to accomplish this is through passion projects. If you are unable to convince your clients to take these risks, proving yourself and your skill set through passion projects is a great way to find clients that want to work with you and are willing to give you creative liberty." 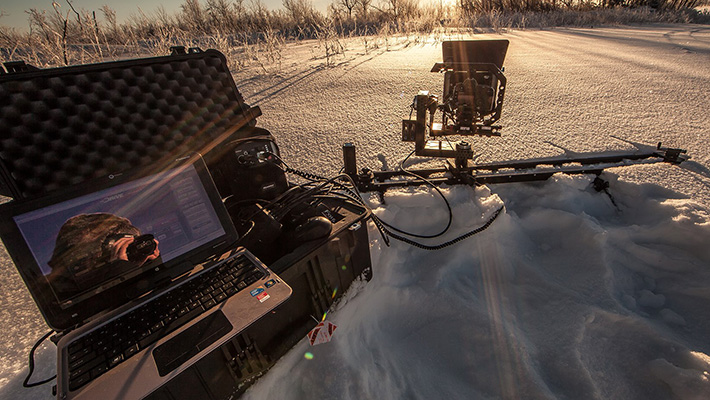 The doc features interviews from some very notable video industry professionals. By including the opinions of different types of users of the CineDrive, CC was able to show the variety of uses for potential customers.

"There is no better way of showcasing the functions and capabilities of a system than from the people who use the system on a regular basis. At the start on the project, we didn’t actually plan on approaching filmmakers and including their perspectives in the piece but after the first edit, it became clear that this was one section that really needed addressing. We knew that it would be imperative to get filmmakers with different skill sets to talk about their experiences with the system being that it is used for live action compositing, animation and time-lapse shooting."

To learn more about Cinescape Collective, keep updated on their latest projects and get insight into their production methods, visit their website at cinescapes.ca.

LOL is it just me or there is a slight de-sync between video and audio ?
Quite funny - considering the subject of the movie :D

I assure you that it is in sync. Vimeo is throwing it out on some of the views. Re-load and it should fix the sync.

When you say "passion project" are you saying offer to do the project for free? I hope not.

Nope. Not when a client is involved. If there has been a film or subject you have been wanting to cover or are looking to show clients your versatility if trust isn't established initially, personal projects are a great way to show what you are made of :).

Very nice. I ask Santa for some Kessler gear every Christmas but nothing yet. Maybe this year :)