Behind the Scenes of an on Location Fashion Shoot: Oasis

A few years ago we featured photographer Kevin Kozicki in a behind the scenes video using pointsettias for a beauty shoot. Kevin is back with an amazing glamor photo and video shoot with filmmaker Christopher Park in a beautiful pool location using the Phase One IQ180 that was featured in Sessions Magazine. We had the opportunity to speak with Kevin and get his insight on the shoot. 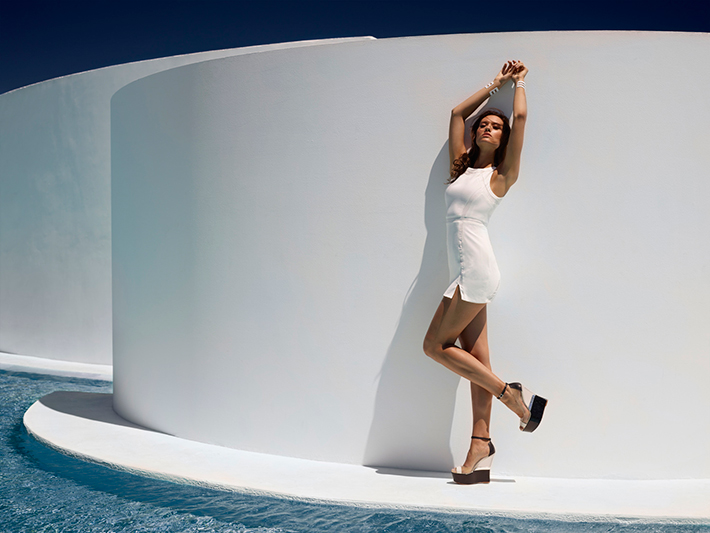 When asked if he had any advice for photographers who wanted to jump into beauty and fashion photography and how the inspiration for this particular shoot came from Kevin had this to say:

"Just go for it. When you meet an amazing model and have a fantastic team go for something big and make it count. Which was really where the idea came from. I had everything but a location, and after many adventures out into the great wide open I finally found this place. After setting up a scouting trip and seeing it for the first time I knew this was where I had to shoot. The whole project was sort of a personal project wanting to tie in all the video components and get the chance to play with the Phase One IQ180 on something that really mattered, but it was also shot as an editorial for SESSIONS Magazine." 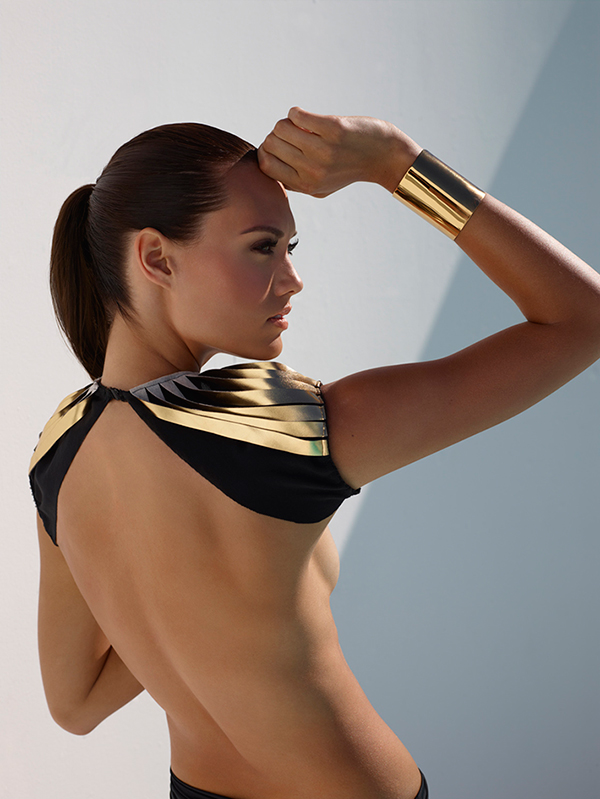 "Shooting an amazing location like this, with Laura modeling, it really was hard to take a bad picture. It seriously took me weeks to finally make my selects. That wasn't even supposed to be the hard part! The files have an insane amount of detail in them, so I was doing skin/beauty retouching on wide full body shots. It was crazy! But shooting something and really nailing the focus on that camera made such crisp beautiful images it was hard to go back to my MKII for the daily basis." 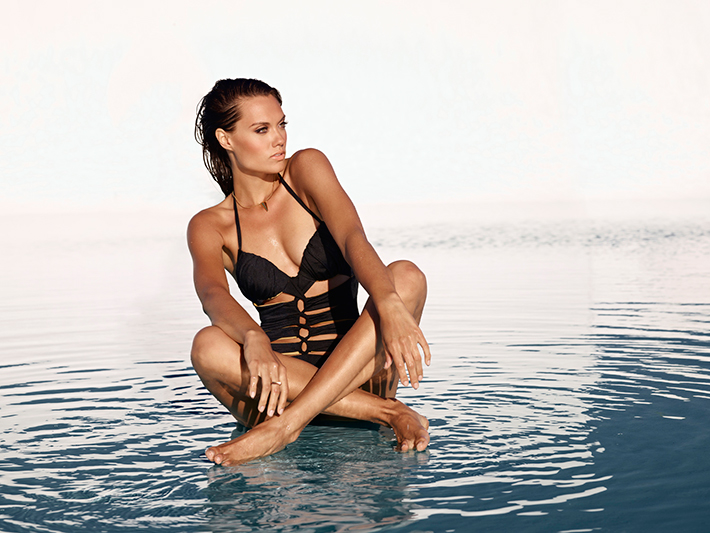 "The lighting and post production on the images were only roughly planned going in to it. It's such a big bright location. I hadn't planned on needing to do much. Which you can tell, when you get a glimpse my make up artist holding a reflector for me, but in general we were just following the sun through the day. I had a pretty good idea I wanted to sort of change the sky to a much darker deeper looking visual piece which helped me sort of plan for the styling. Everything was going to be very neutral except the sky was going to be a bold piece of the composition. So I worked with my stylist to find clothes that fit that look. And I think we pulled the whole thing off well!" -Kevin Kozicki 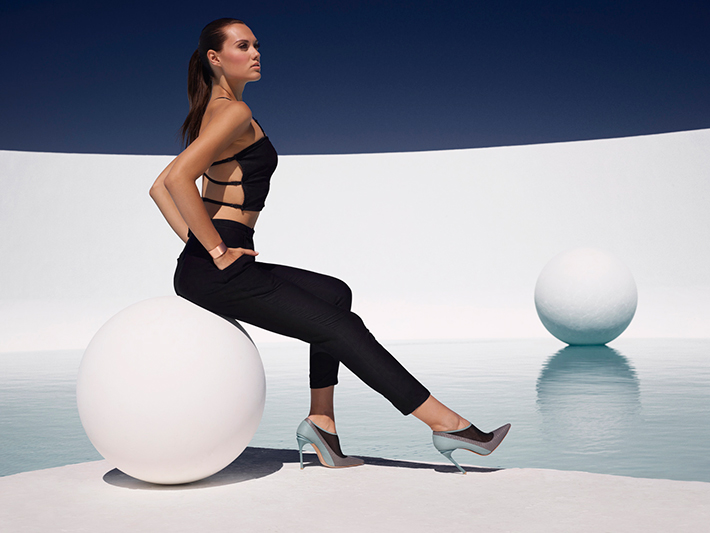 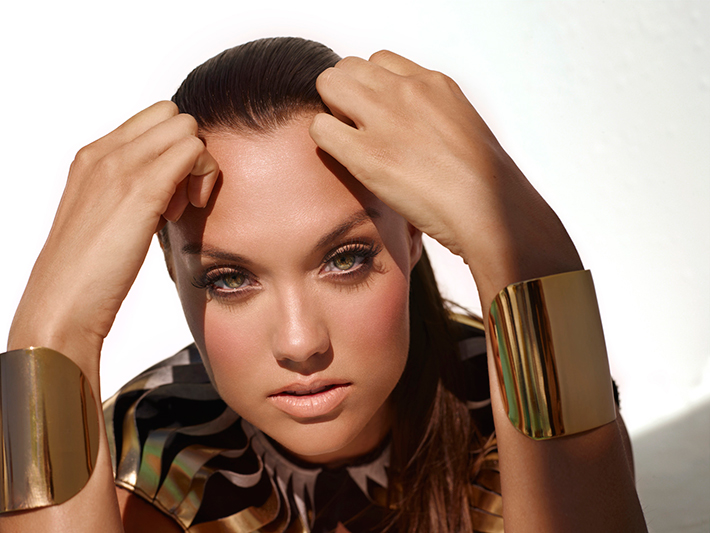 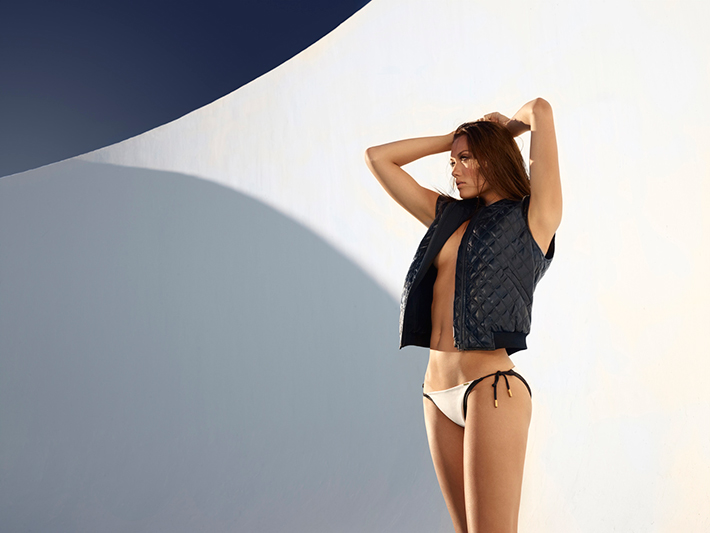 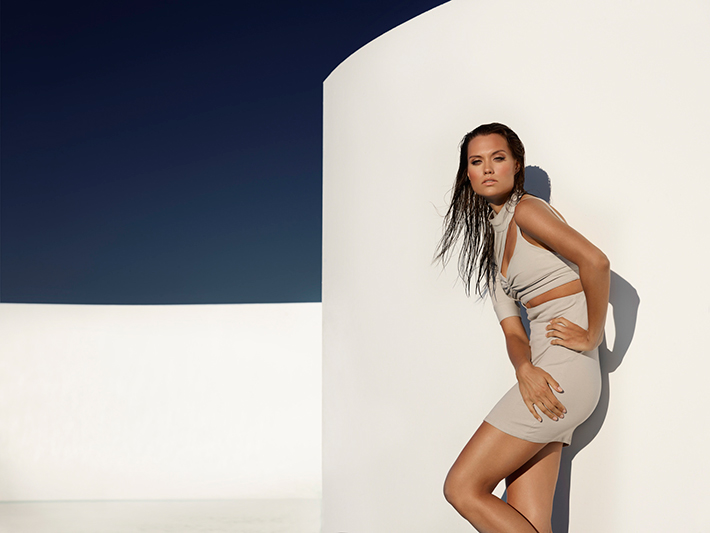 All photographs used with permission.

These shots are magnificent, and I really love Kevin's work on his website as well!

How is this a behind the scenes on a location shoot ...I would have liked to have seen the photographer at work!

The first video does show him working.

Loved this. BEAUTIFUL model and location too! :)

Kate Upton was photographed here about a year ago.

What I don't get is how he can pull off so stylish images with a
lighting that looks a lot like a really harsh midday sun. Any idea ? I
only see a reflector used twice in the video.

Well, if you are not distracted by the model's beauty you will see a lot of shadow on her face and body due to that harsh light.

Helmut is right, but the water and white walls are also acting as reflectors. That probably helped fill in some of the shadows.

Yeah, this is not really BTS, in all fairness you should change the title...