Online Vote: Best of the A to Z of Photography

Well it had to come… the final installment of the A to Z of Photography appeared last week and with that a huge void in my life! With every end there is a new beginning, but before we reach that, where did the A to Z start, what topics did it traverse in its winding journey, and what were some of the highlights?

There is no doubting it, photography is a big subject! The Thames and Hudson Dictionary of Photography is a tome of some 440 pages weighing in at 5 pounds and yet that just scratches the surface. My approach was, for every letter, to cover two topics. The first was a technical entry that touched upon a manufacturer, piece of gear, or technique. For example I've covered Zeiss, aperture, and the Orton Effect. The second was an artistic entry about photographic content, covering people, photos, books, and places. For example I've covered Burtynsky, Train Wreck at Montparnasse, and Central Park. 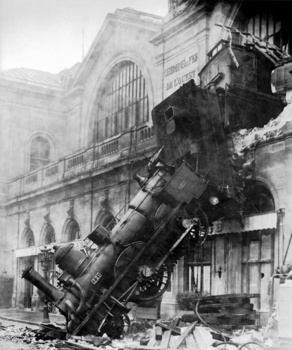 Each letter began by compiling all potential entries for inclusion in the article. My go to resources were the Thames and Hudson Dictionary of Photography, Camerapedia, and Wikipedia. Wikipedia has some great (but not exhaustive) entries on iconic photos, equipment manufacturers, and photographic techniques. Many of the articles on Wikipedia are well written, well referenced, and well illustrated however that doesn't necessarily make them correct! It's important to remember that Wikipedia is community written and edited, with each article possibly the result of hundreds or thousands of edits. It's only when you try to cross-reference topics that should link together — and make sense — that you realize where the gaps exist. Researching Zeiss showed large holes when it came to their history, linking how the organization developed to its staff and products.

The task was then to choose entries that were interesting, readily researchable, and with the potential for illustrative images. Some topics were discarded because there was little publicly available information (such as Yongnuo) or they were just too complex to collate in to about 500 words.

It's probably fair to say that there has been an historical bias to the topics covered, although I have tried to keep entries related to foundational concepts (for example, noise, JPEGs, the X-Trans Sensor, and exposure) and techniques (such as Hyperlapse, the Golden Triangle, and Tilt-Shift).

It goes without saying (although I'll say it!) that a 1,500 word article takes a fair amount of time to write and even more time to research. Probably the most interesting article to produce was a combination of Leica and Panoramic Photography because these two, in combination, outline the historical basis for the 35mm format which underpins digital photography today. Remember that photography began with large format Daguerrotypes then transitioned to Wet Plate Collodion — ending at 35mm film is quite a jump! Frame size and aspect ratio are the two key parameters for photographers and the end-point took some twisting and turning to reach, via some clever chemistry from Kodak, the intervention of Thomas Eddison, and the technical wizardry of Leica.

Other highlights have to include the interviews that were completed for this series. It's perhaps not surprising that there is little biographical information available for contemporary photographers and so in these instances I turned to the photographers themselves. I am grateful to them for their time, patience, and honesty. Wayne Quilliam and Xiaoxiao Xu might not be household names yet, but the serendipitous nature of writing my way through the alphabet meant that I was able to discover their work. Benjamin Von Wong has a higher profile and yet is generous with his time to the wider photographic community.

The hardest article to write was Zeiss because the company is vast and has a long history that is as complex as it is absorbing. However, just because I find something interesting doesn't mean that you, the readers, will! The most popular article — perhaps unsurprisingly — was Shooting Sex and Strip Photography, followed by Paul Outerbridge and the Orton Effect and Fujifilm. And bottom of the pile? The ignoble falls to Ultimate Confrontation and Umbo, so if you missed it first time around, give it a read now! 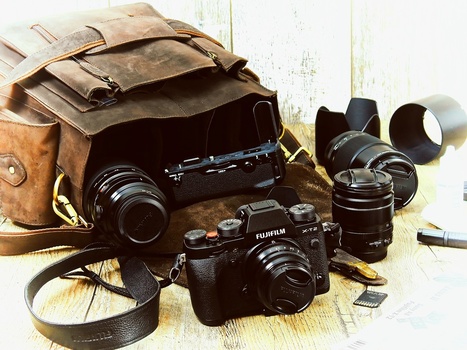 There are several points that have presented themselves over the course of these articles that are worth reiterating. Firstly, that a photographer who is iconic enough to make it in to the history books isn't necessarily commercially successful. Edward Weston lived in relative poverty whilst consistently producing remarkable work. Equally Lewis Carroll earned his place in history by dint of his novels, not his photographs per se. Some photographers make it commercially before being discarded by a fickle industry. Paul Outerbridge, Madame Yevonde, and Yevgeny Khaldei all suffered this fate. As any artist will tell you, you need to adapt and iterate in order to remain at the top of the industry. Or do as Bob Carlos Clarke did (Shooting Sex): "I changed my identity and began working under a pseudonym!"

It's equally hard for the companies, trying to sell equipment to a gear obsessed clientele. They who are largely at the whims of the populous masses and one selling misstep can precipitate a cataclysmic inward spiral that leads to a sales implosion and bankruptcy. We regularly see this with small and medium sized companies, and more spectacularly with large enterprises such as Kodak. Companies will see the market change and try to pivot to success, something Fuji managed to do. Leica was potentially saved by the electronic savvy of Minolta, before they were then folded after being bought out. Although this corporate knowledge may well have been the making of Sony's current success. In short, jumping technologies too late may lead to a long painful death, whilst jumping too early might lead you up a blind alley.

With that brief traverse of how we've got to this point, it's over to you — the readers — to vote for the article which you thought topped the pile, be it an iconic photo, technique you didn't know about, historical anecdote, or just a jolly good read!

Thanks for being part of this journey.

I've only been following for a few months, but every one I read struck me as interesting and well-written. Don't have the time now to read the proposed selections, but I thank you for the good work.

Thanks very much the comment - much appreciated. Its been a heck of a journey to get to the end but learnt a lot along the way :)