A to Z of Photography: Zeiss and Emile Zola

And so with some sadness, tinged with a sense of relief, we reach the final letter of the alphabet. And what better way to finish than with a vastly successful company that has virtually spanned the lifetime of photography, along with some photographic input from yet another novelist.

As photographers, we want a sharp image, aiming for tack sharp. Beyond this, there is Zeiss sharp. Held in similar reverence to Leica and originating from the same German smouldering pot of science, technology, and manufacturing, many photographers may have owned a Zeiss-branded product (lens cloth anyone?), but to get your paws on the real deal means investing some significant capital. For example the high-end Otus 85mm f/1.4 retails for over $4,000. How did they get to their current multinational status with a turnover of 6B euro, employing 30,000 people, and working across industrial, consumer, medical, and semiconductor manufacturing sectors?

Founded in Jena, Germany, in 1846 by the optician Carl Zeiss to manufacture microscopes, Zeiss built an enviable reputation for high quality optics, producing their 1,000th miscroscope by 1866. In order to develop as a company they needed to be more than a manufacturer, they needed to innovate. Early designs from Ernst Abbe were made possible by the establishment of the Zeiss' glassworks by Otto Schott with optical properties ideally suited to lenses. Major innovation was undertaken by Paul Rudolph, who experimented with a range of optical solutions using cemented asymmetrical groups, producing influential product lines such as the Anastigmat, Protar, Protarlinse, and Tessar. The double-gauss design of the Planar lenses produced a fast f/3.5 lens — remarkable for 1896.

Zeiss was also renowned for camera manufacturing with its Zeiss Ikon brand. It was formed in 1926 as a separate company under Zeiss (and funded by them) from the merger of Contessa-Nettel, Ernemann, Goerz, and Ica, making it one of the biggest players in Dresden, the capital of photo technology. Using Zeiss lenses and shutters, the company continued production of existing products as well as developing new ones, with the Contax line being a major innovation. These were designed to compete directly with Leica (such as the 1936 Contax II below) for the professional market and, in many respects, were mechanically superior, introducing a faster brass shutter and exposure meter, along with new high quality optics and introduction of the M42 mount. 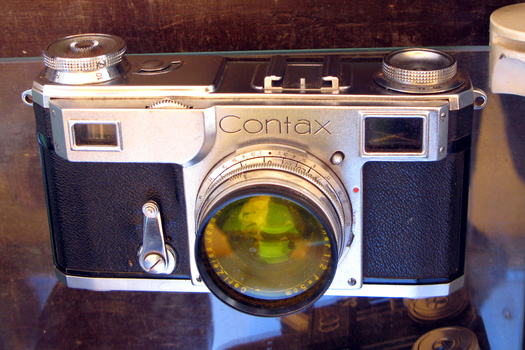 If Zeiss was a complex business before World War II, it became more so after it. Jena was occupied by the US Army, which relocated parts of the Zeiss workforce to the Contessa factory in Stuttgart (as Zeiss Ikon) and Oberkocken (as Zeiss optical). The remainder, along with the factories in Dresden, fell in East Germany and initially came under the control of the USSR. All tooling was taken back to the Kiev factory (as reparations) for Soviet production, with Zeiss Jena then falling into state hands.

Zeiss (Oberkochen) continued making lenses for Ikon, but also other manufacturers, including Rollei and Hasselblad, the latter notable for the highly acclaimed images of the moon landings. To the surprise of the industry, Ikon ceased camera production in 1972, beginning a long-lived licensing partnership with Yashica on the Contax brand that lasted until 2005, when new owners Kyocera pulled out of the camera market.

Unsurprisingly, there was continued dispute over the use of the Zeiss and Ikon names that continued until German reunification post-1989. At that point Zeis,s Jena numbered some 70,000 workers, which diminished to around 30,000 by 1991. Reunification of the company followed, but in a more business-like manner: Zeiss bought the bits it wanted and left the rest! The microscopy division returned to Zeiss (along with about 10% of the workforce), the rest remaining.

Zeiss revived the Ikon in the form of a rangefinder with production by Cosina through to 2012. They have always been active in licensing their lens designs, including to Leica and more recently, Sony. However, for contemporary photographers, they are known for their high quality manual focus lenses offering the best optics available. Look at any recent lens reviews, and Zeiss is often at the top when it comes to sharpness. Beware that fast aperture, high resolution, sharpness comes at a cost: wafer-thin depth-of-field. You have to make sure your focus is exactly where you want it.

Is that the final word for Zeiss? Not quite. There are two products I'd like to mention, one looking back and the other forward. The first is Zeiss fire doors! Yes, believe it or not, but Zeiss made fire doors, or more specifically, fire shutters, for cinema projection booths that used heat fuses to partition the booth if it caught fire, a potential problem with old nitrate film stock. It's an example of how a large business can expand both horizontally (manufacturing projectors) and vertically (manufacturing related equipment for the booth).

The second is the Zeiss ZX1 digital camera. Yes, Zeiss is re-entering the camera market. First announced at Photokina in September 2018, it remains vaporware as it is yet to hit stores, although it has at least made it off the drawing board into a physical product. In a design similar to the Leica Q2 and Sony RX1R (with a Zeiss Sonnar lens), this is a full-frame 37 MP camera with fixed f/2 35mm Distagon lens. However, what marks it as different is the internal 512GB SSD and built-in Lightroom mobile for raw image editing. This is a one-off camera, possibly a live prototype to test the market, that is built to the highest standards. In some senses, I think it is easy to ignore as simply a toy for the wealthy, as it is so niche. On the other hand, it offers the first steps in answering my call for a general purpose computing platform for cameras that can leverage the processing power of computational photography within a fully blown camera rather than a smartphone. The only other competitor in the "Android camera" space appears to be the Yongnuo YN450, which isn't quite in the same market segment. Whatever the future holds, it is a good demonstration of how Zeiss uses research and development to remain a market leader. 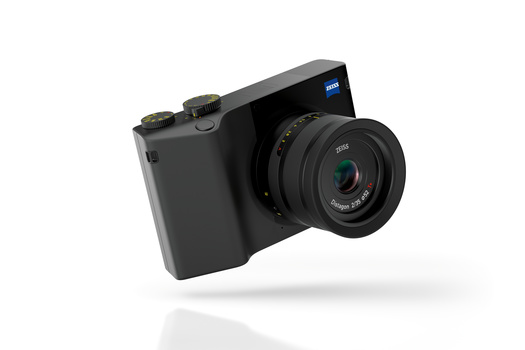 The famed French novelist Emile Zola was born in 1840 and in 1862, began his working life as an admin clerk at the publishers L.C.F. Hachette. To supplement his income, he wrote articles on contemporary interests for a range of journals while continuing to write fiction. His first novel was published in 1865 and garnered enough attention for him to support himself through his writing. It was in 1868 that he formulated the Rougon-Macquart Series, 10 books (gradually expanded to 20) based around members from two branches of the same family, one respectable and the other disreputable. Set in France's Second Empire, it viscerally details the impacts of industrialization upon the individual lives of his characters.

In 1880, he founded the naturalist movement — no, not that kind of naturalism — rather, literary naturalism that is based around realism (the characters and setting should be realistic), that conflict in the story should be life-altering, and the plot be simple. Driven by the tenets of the natural sciences, its main principles were determinism (characters were a product of their history and environment) and the scientific method (objectively recording the detail). On this premise, the novelist could explore his characters in detail.

So, what has this got to do with photography? Perhaps unsurprisingly, given his naturalist underpinnings, he was interested in realism and objective recordings, something that photography directly addressed. He began to practice in 1894 (after the completion of the Rougon-Macquart series), and over the remaining seven years of his life, produced somewhere in the region of 7,000 glass plates using 10 different cameras, developing them himself in darkrooms he had installed in his three homes. As a result, he became a skilled darkroom technician. His subjects were diverse: his family (his wife, mistress, and two children), his brief exile to England (during the Dreyfus Affair, where he was convicted of criminal libel), Paris life, the 1900 Exposition Universelle (with many taken from the Eiffel Tower), selfies, architecture, and landscapes. A good selection of these are available to view on Flickr.

Given the extent of the archive and copious notes detailing his experimentation with exposure, development, and printing, he became a quasi-professional during a period when photography required time and dedication to be proficient. Lewis Carroll was similarly enthralled with photography, and so it's possible that where authors intersect with the scientific method, there is an innate interest in practices such as photography. Zola therefore takes a deserved place in the pantheon of photography and concludes the A to Z!

Other Z's that didn't make the final edition of the A to Z of Photography include Zenit, Zorki, Zuiko, zone system, zoom, and zoom burst effect.

"On the other hand, it offers the first steps in answering my call for a general purpose computing platform for cameras that can leverage the processing power of computational photography within a fully blown camera rather than a smartphone. " I got into photography only a few years ago and the trust people have in SD Cards and the disregard people have about AI on smart phones left me shocked. If camera companies don't wake up...

Nice work. Great to see the whole project end to end like this!!

Thanks Mark. Did you read them all?! That's staying power!!! Did you havea favourite?

Newton or Jaws of Death. Both very important to me in becoming a photographer! You?

Understanding where aspect ratios come from was fascinating.... Hadn't realised how complicated the path to arriving at 3:2 was!