Albert Watson. Legend. Period, end. With a career spanning five decades and multiple iconic images, his career in fashion and portraiture would be the aspiration of any budding photographer. Alongside Irving Penn and Richard Avedon, PDN recognized him as one of the twenty most influential photographers of all time. And in a new video by Profoto, the man whose subjects have ranged from Alfred Hitchcock to Kate Moss, discusses his approach to lighting, photography, and life.

His subject for the shoot is dancer Sergei Polunin. Watson drew inspiration from the likes of Michelangelo and Caravaggio to create stark black and white images which display Polunin both through motion and portraiture as a sculpted work of art. Shooting in studio, he used the Profoto Pro-10 pack, multiple Pro Heads, and a Softlight Reflector White (beauty dish). His camera system was a Phase One.

Several moments in the video will stick out. His use of a beauty dish in a high Rembrandt position reminds us that one of the most important things to do with light is to think outside of the box. You don’t have to use every light the way it’s expected to be used (i.e. Beauty dish over camera head-on in standard "beauty" position). The unique placement comes with other adjustments such as using black fabric on the floor of the white seamless to prevent light from bouncing up and filling in the desired shadows. He further uses black fabric on either side of the subject to reduce fill and deepen shadows, allowing him to essentially create a “black box” scenario on a white cyc.

He also used see-through fabric during the movement shots to add both texture and momentum to the dance images. This minor addition takes an already wonderful shot to the next level by providing a bit of the unexpected.

Most important, Watson takes a moment to remind us that while it is easy to get caught up in light placement, exposure readings, and the other minutia of being on set, it is always important to remember that there is a real human being in front of the lens. Technique is important, but not nearly as important as keeping the subject comfortable and engaged in the process.

A great photographer and a great resource. Check out the video to learn a bit about his technique. 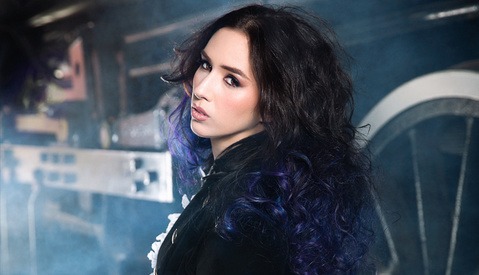 Watson is an amazing photographer, I too enjoyed watching this video, and several more on Youtube. He's classically trained and stresses the importance of mastering your gear and how to use light. We can all learn something from him.