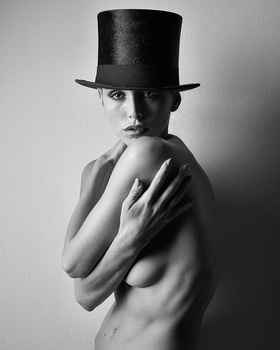 Simple shot with Czech cover model Dominika against a white wall in my studio wearing vintage top hat that I acquired as a prop. The image was captured with a Nikon D810 with Zeiss 55mm f1.4 Otus lens. Lighting was from Plume Wafer 140 (large) soft box with egg-crate grid. The softbox was angled so that the edge of the beam of light was illuminating the model to keep from over lighting the white wall and the center of the beam was traveling past her and was absorbed with a 4x8' black Foamcor panel. This is the method I have found effective in situations where I want to have soft light while at the same time maintaining high contrast. The image was processed from RAW file as an RGB high resolution JPG. There was no need to enhance the contrast range. The black and white conversion was made with Nik Silver Efx Pro2. 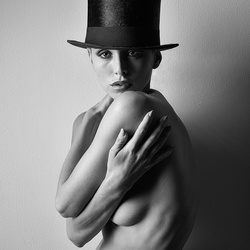 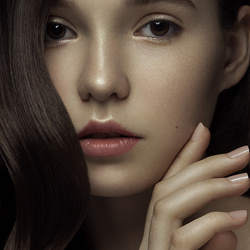 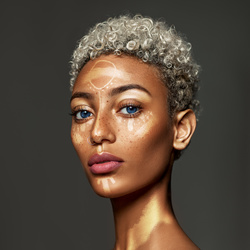 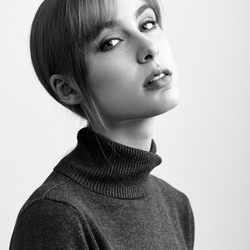