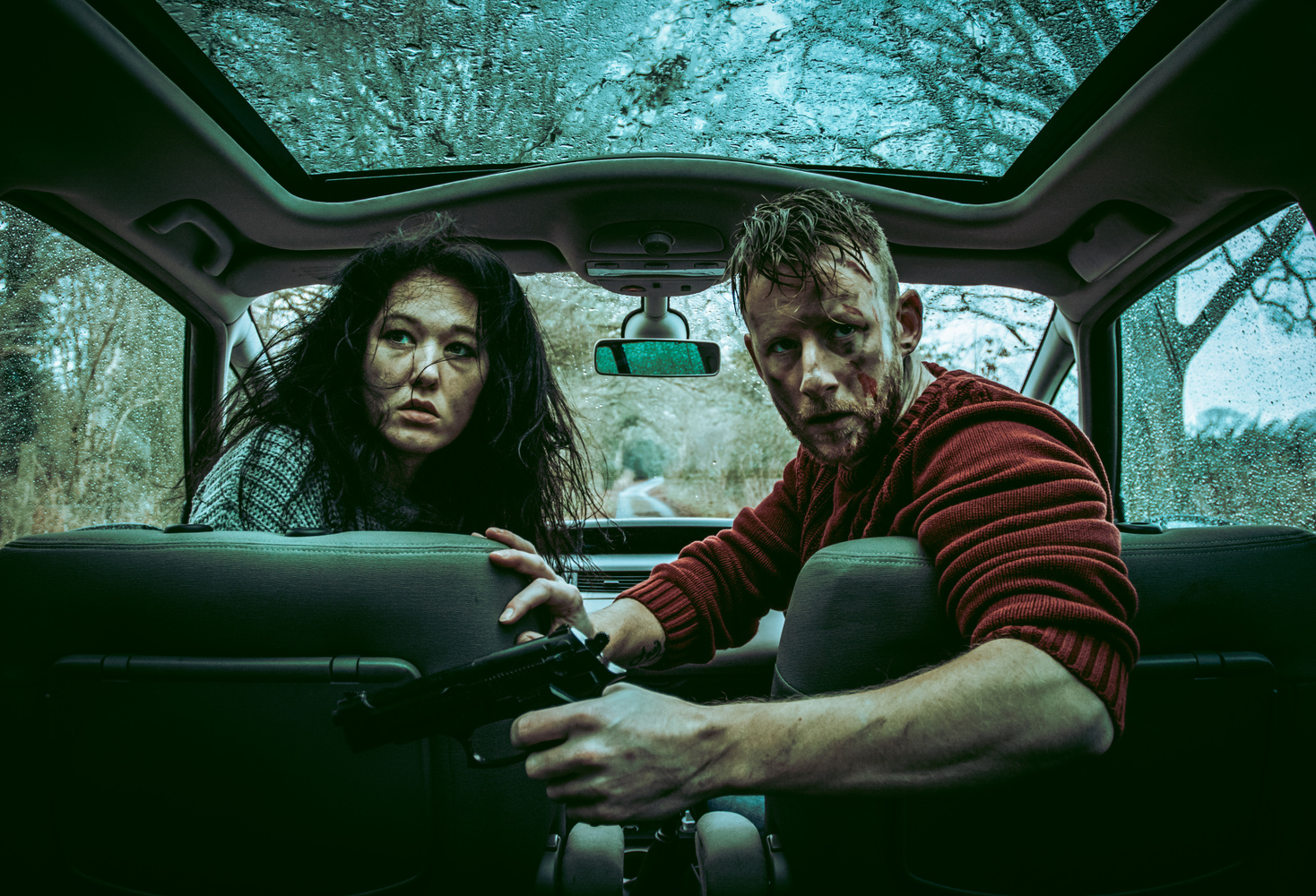 This is a second image from the shoot. I wasn’t going to upload the second but curious at to which you guys prefer.
Again the inspiration was a tv show or movie. I really wanted that movie style. Based on the walking dead or similar and that we are being chased by a horde of zombies. As mentioned in the caption on the other image. An image was used from this shoot on the AT & T website Around using data and Watching movies on a mobile device. They did crop in past the gun.
The gun was a toy gun and had to be modified and painted. Mascara used for the dirt along with fake blood. Hair given that greasy not washed look. This is myself and my wife and the camera on a timer. No lighting was used, the rear was open and as you can see in the image the car had a panoramic roof. F I were to shoot again I would light and get a better looking gun.

If the male model were to bring his index finger forward and the hammer was down then maybe it would not feel like a prop, also have both models looking toward the same point not both away from the frame