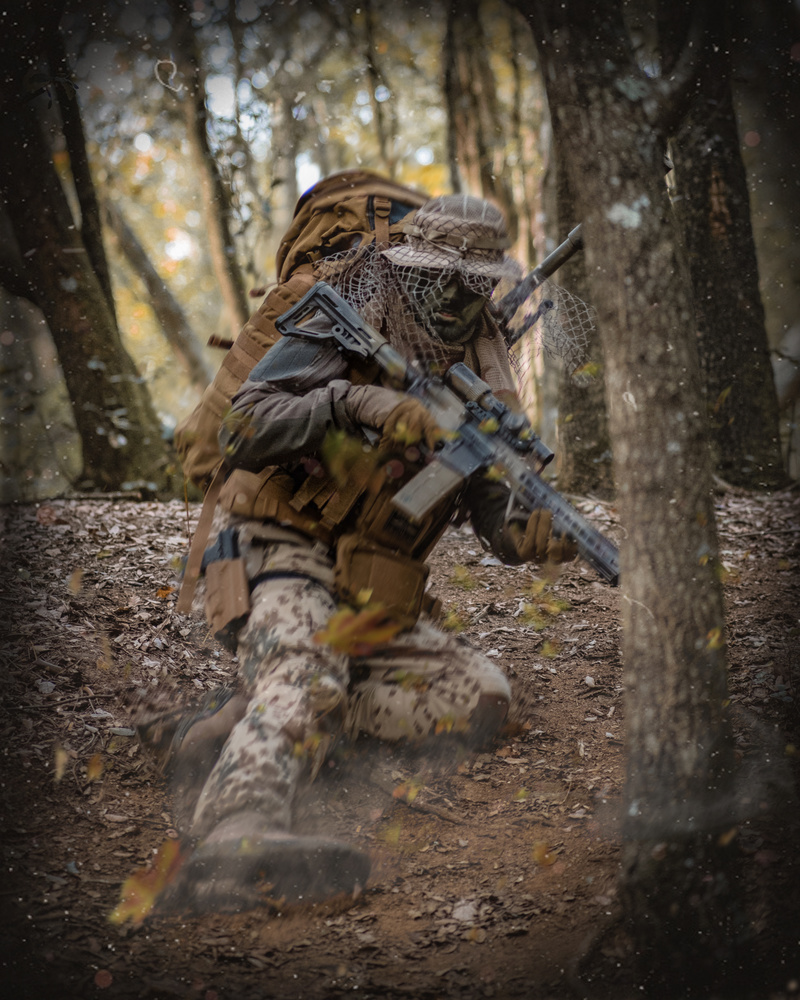 A frined wanted a photoshoot in a "Greenside" style kit.
We chose carefully the kit to resemble what a real operator would be using during a stealthy long range mission, and so he's carrying a lot of weight, including an 80 Liter backpack and two rifles.
This shot was meant to be more of a fleeing from combat one, he slides down the hill as he's being chased (going for a resemblance with Lone Survivor), my hope is we've captured this moment and paid good respect to troops around the globe.