‘Salience’ - One Of The Most Beautiful, Innovative Shorts You’ll See All Year

Salience is the name of the five minute short that will probably be remembered as one of the most innovative, experimental (and beautiful) short films of the year. If you do one thing today for your inspiration, please spend the next few minutes checking it out and you'll see what I mean. Directed by Paul Trillo, it’s a wonderful little creation involving a Phantom Miro camera shooting 1500 frames a second, chroma keying people to make them almost entirely invisible, an abstract wooded world and lots of awesome, colorful paint powder. I won’t say too much about it only that it's a brief glimpse into how inventive we can be in executing and testing new ideas.

Trillo says “With Salience, I wanted to experiment with visibility”. I’d say he’s done a pretty fine job of it here, executing something brilliantly that I would have trouble conceptualizing, let alone actually pulling the thing together and executing it as well as he has. He went on to say, "The film sort of spawned from the idea of seeing the human body as negative space. Using the form as a hole or window into something else."

On the use of the colored powder, he explains: "Powder behaves in a similar organic manner as fog but at a far more instantaneous rate. That's why I could only execute this idea with a high speed camera. It was about defining that short and subtle moment in which the invisible becomes visible."

The Miro definitely helped Paul and his crew achieve their vision through it's mobility, coupled with the high frame rate: "The Phantom Miro camera really opened the door to what was possible with this film. The camera is ridiculously small and lightweight for something that can shoot 1500 frames per second. It's also relatively easy to use, although on our shoot we did not have any media for the camera so everything was tethered to a laptop.The other thing that is great about the Miro is that it shoots raw, so the images can be heavily manipulated in post. There is a lot of layering, keying and grading going on however the effects I'm using are all pretty basic" 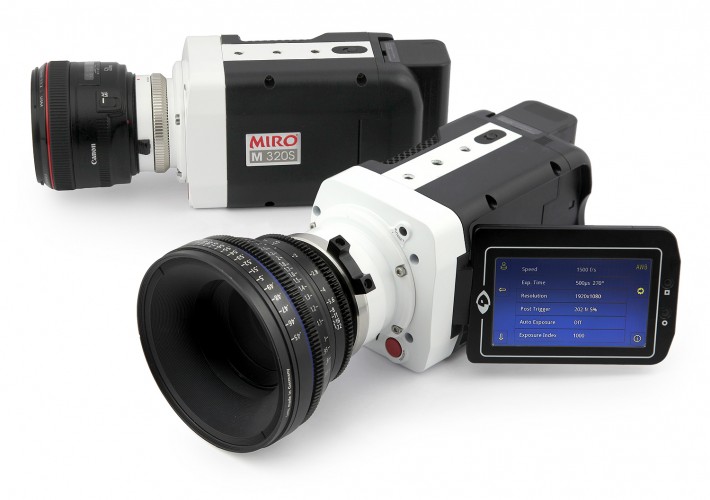 Like any successful shoot, a good deal of planning and forethought went into this short. "Since we're shooting with a pretty technical camera, using chroma key effects mixed with the variable of throwing a bunch of powder around, everything had to be carefully mapped out."

You can see some of the storyboards Paul used here: 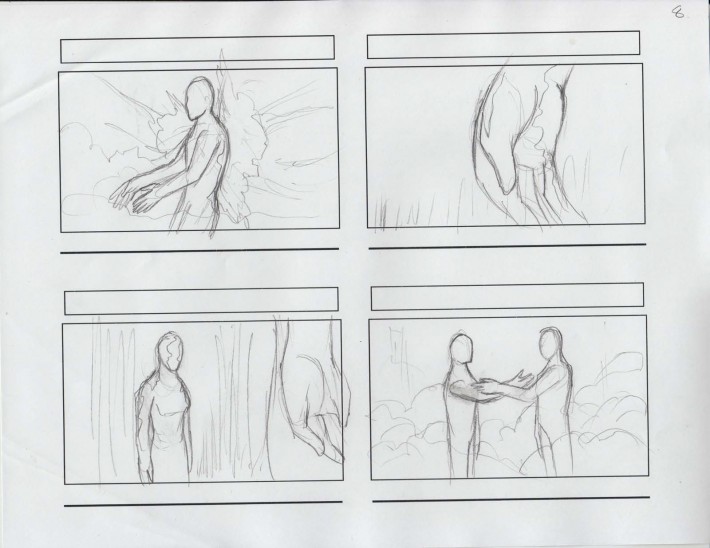 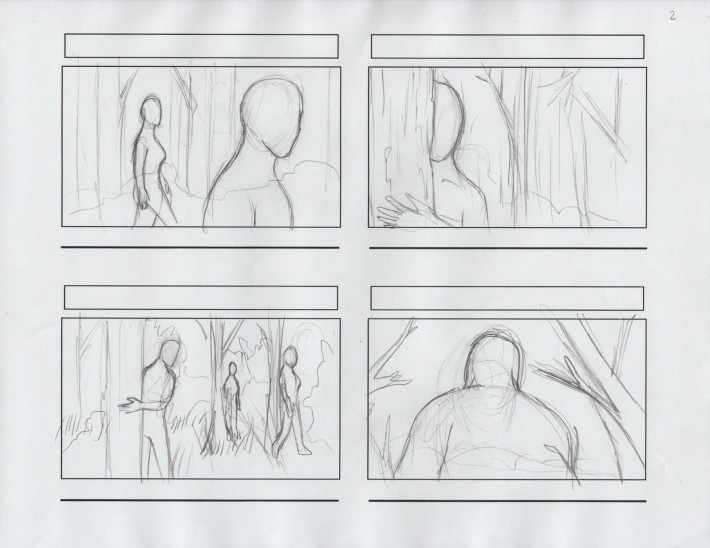 Nofilmschool.com worked with Trillo to capture an insightful BTS video of the shoot which details some of the thinking and process behind the short.

You can also see some BTS stills from the shoot below: 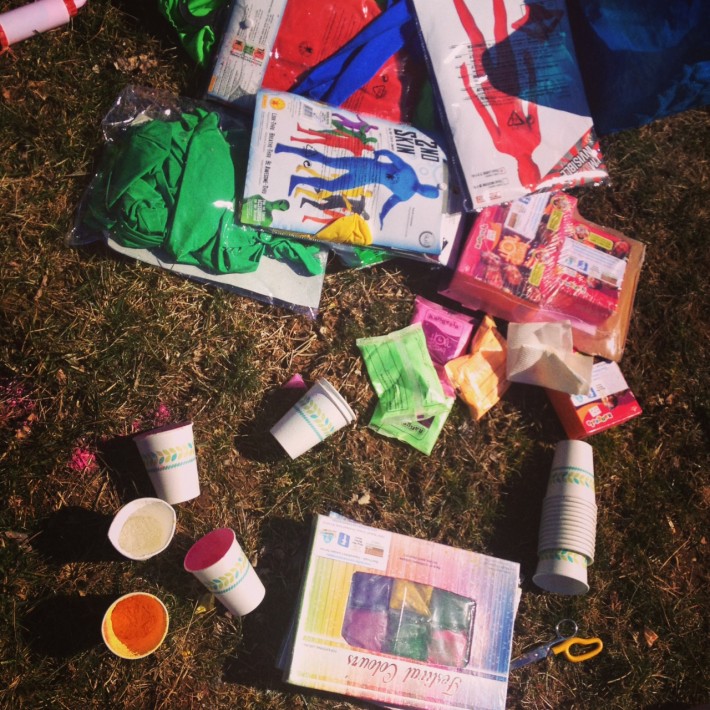 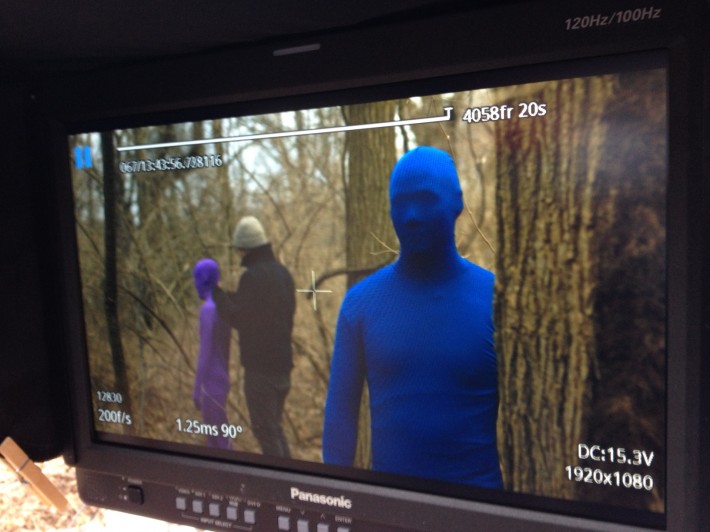 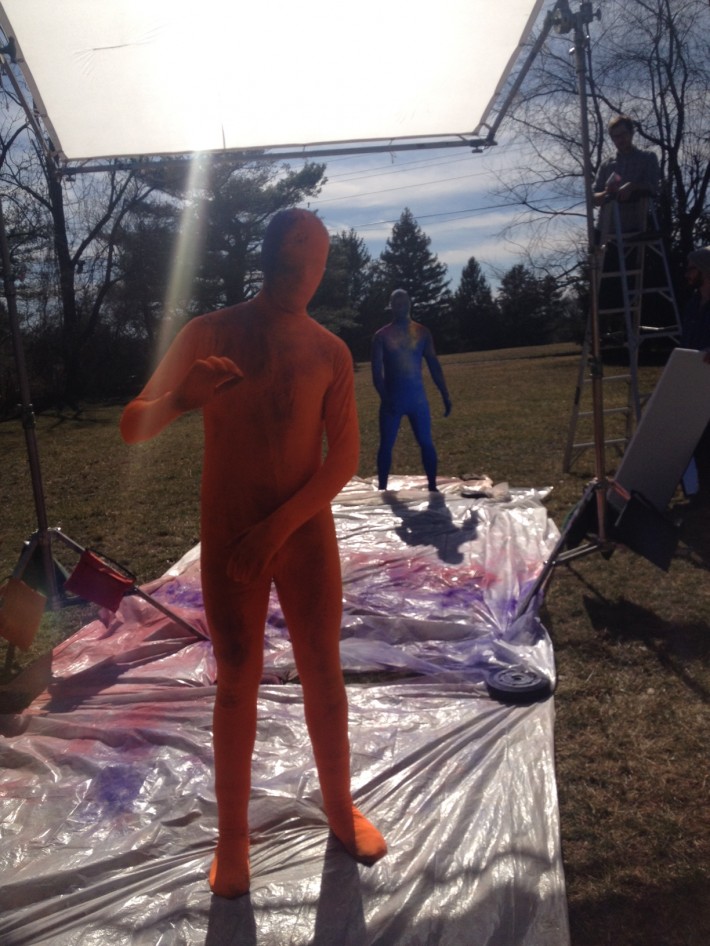 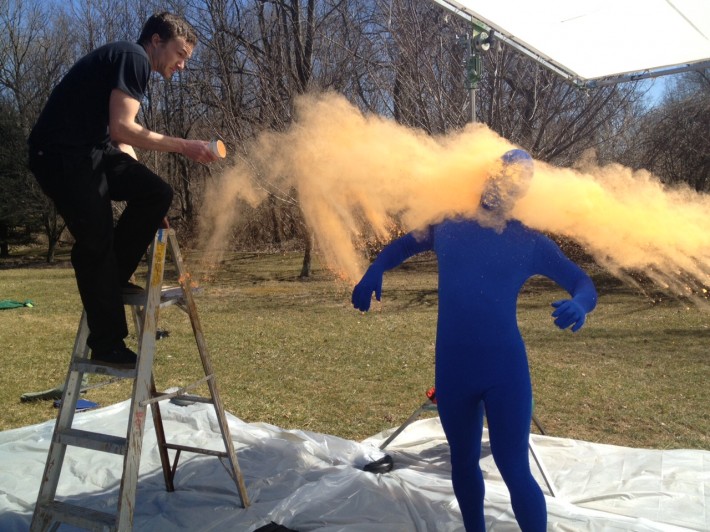 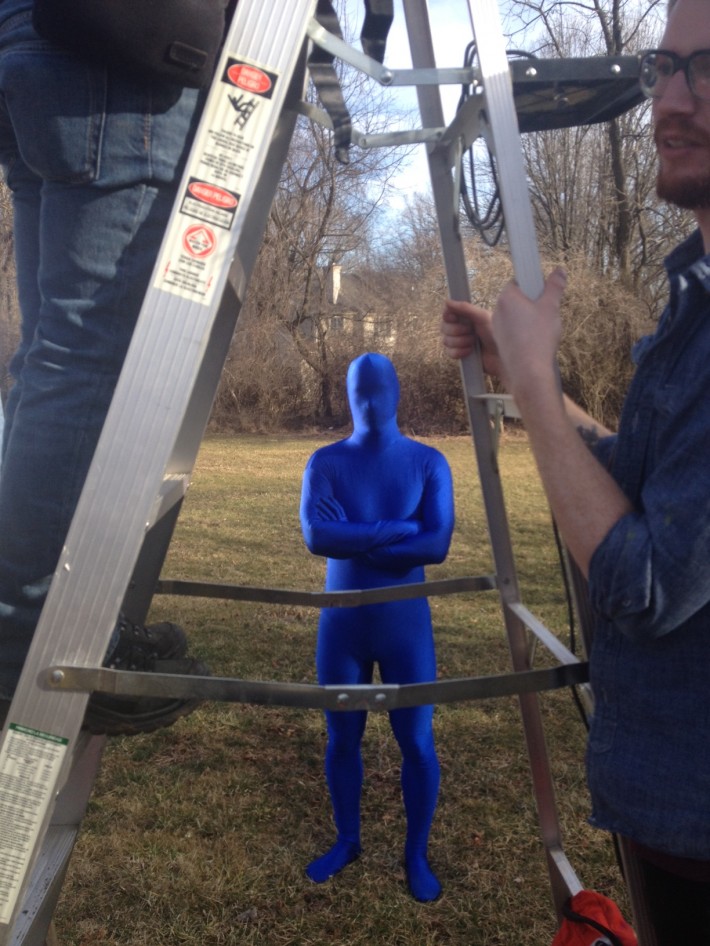 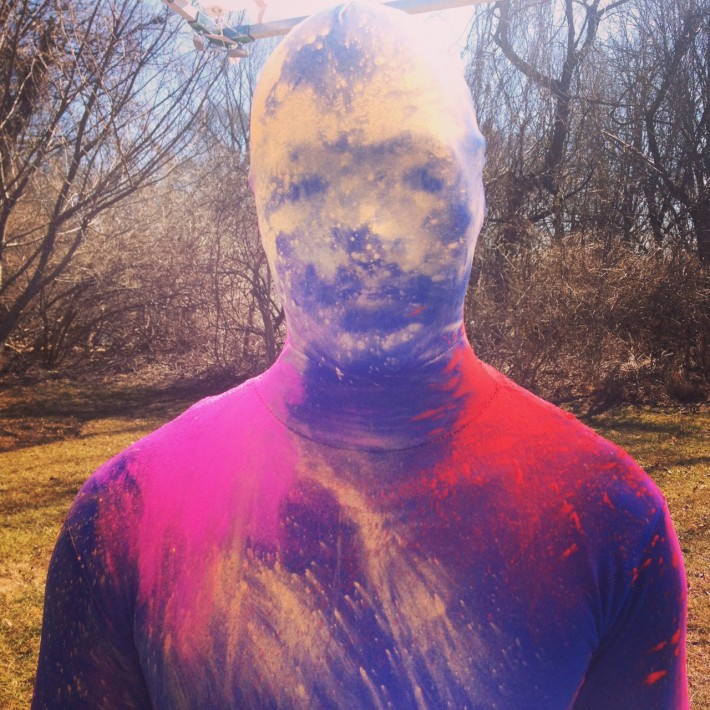 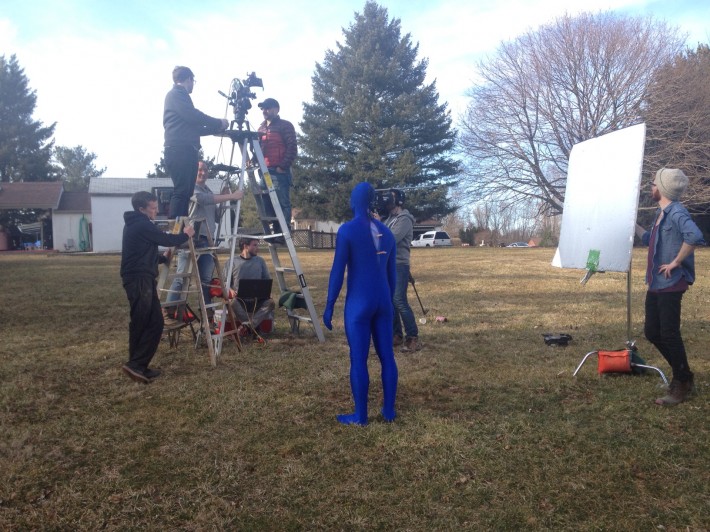 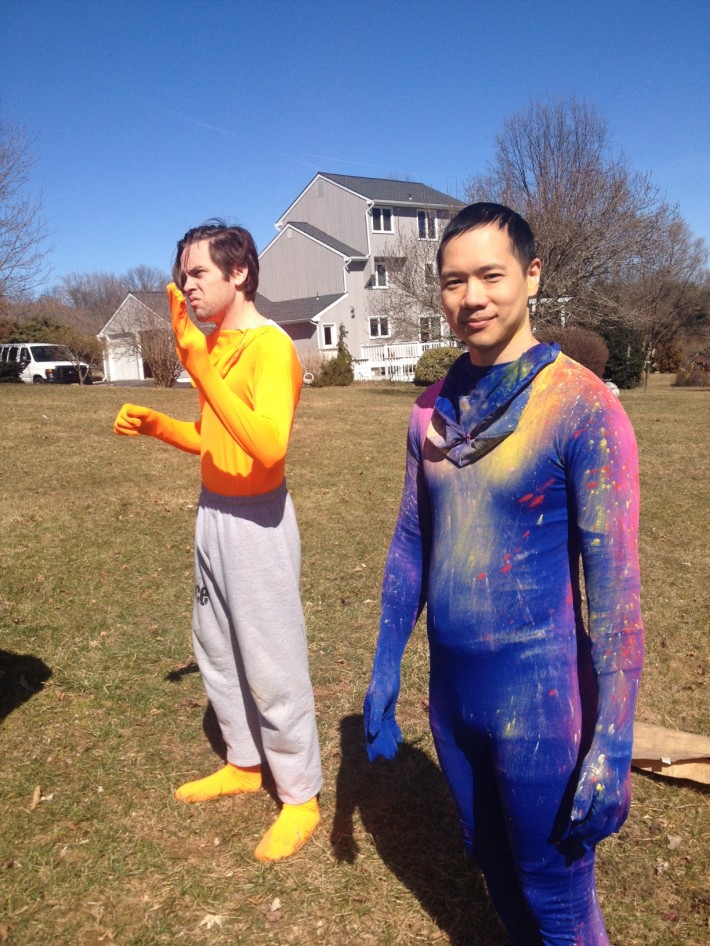 Trillo is a talented director, and has already attracted critical acclaim for Brooklyn Brewery Mash, a 3000 photograph stop motion tour around Brooklyn in New York which he put out earlier this year. If you haven’t seen it, check it out, it’s inspired image making (linked below for your convenience).

We would love to hear what you thought of Salience. Are you guys experimenting with your work? Please feel free to share comments below and let us know what you are up to.

BTS / May 10, 2015
BTS Video Describes Process of Creating the Human-Like 'Ava' Robot In 'Ex Machina'
Log in or register to post comments
19 Comments

I was kind of thinking the same thing.

The video is a fantastic and imaginative proof of concept, and I give them lots of respect for that, but it is only a proof of concept. I would really like to see what they could come up with by applying the technique and refining it slightly (like avoiding the wrinkles in the suits).

Oh come on Peter, don't leave us hanging like that! Please post links of some of the shorts that do impress you, i'm always keen to check some new stuff out especially if it leaves something this good in the dust!

I think I might have found this video here or on another photography blog, but this video is much more powerful in my opinion. Innovation does not always mean that there will be an emotional reaction.

I saw this video on either this site or another photo/video blog. I think it blows this out of the water. Innovation does not always lead to an emotional response.
http://vimeo.com/41160389

No offense taken :) Thank you very much for posting that link, that video you posted is beautiful, thanks for sharing!

No problem. I've realized that I'm kind of a young fuddy-duddy in the fact that I'm more engrossed by good, old-fashioned cinematography as opposed to the the FX side of things.

Like, at my university, everybody who wants to be a filmmaker is really hung up on After Effects and how to do green screen stuff. I mean, that's all well and good, but making a really cool looking film without substance, I think, is a greater offense than making a touching film using, say, an iPhone.

I guess I'm just a little jaded (which is really terrible) concerning the direction of a lot of filmmaking, where "cool" seems to undermine "engaging."

i agree - i think perhaps i got a little more out of Salience then you (i guess like most things, everything is open to different interpretation). I like the fact it dealt with the visible/invisible nature of people, and i liked how he used color to bring the characters to life. But i can see how it could put people off on a superficial level too.

I agree that i want more substance in what i see over VFX. I really liked what you posted, thanks again and please feel free to post up other stuff that inspires

I lost interest after 1 minute, turned it off.

The internet has seemed to have taken the virtue out of patience.

The internet has nothing to do with it. I will gladly watch a 60 minute video of something worth while. This wasn't it. I lasted almost 1 1/2 minutes.

Try watching beyond the 1:30 mark before commenting.

This film has special meaning to me ... I spent the last week spray painting the inside of my house and it felt like this.

I like it a lot because it is abstract. There's no need for graphic emotions transported with facial expressions here. I can feel the eeriness caused by the mummy-like transparant bodies anyways. The color effects produced by the Holi poweders are amazing, too! You did a great job!

IMHO, the making of is a bit more entertaining than the final product.

I consider that more of a music video than a short. And yes, it wore off pretty quick because of that.

screw ya'll for complaining about this. at least SOMEBODY out there is still experimenting with the form of digital media when it is very difficult to be absolutely original while still being strong, well made, and interesting.

props to this dude for working so hard