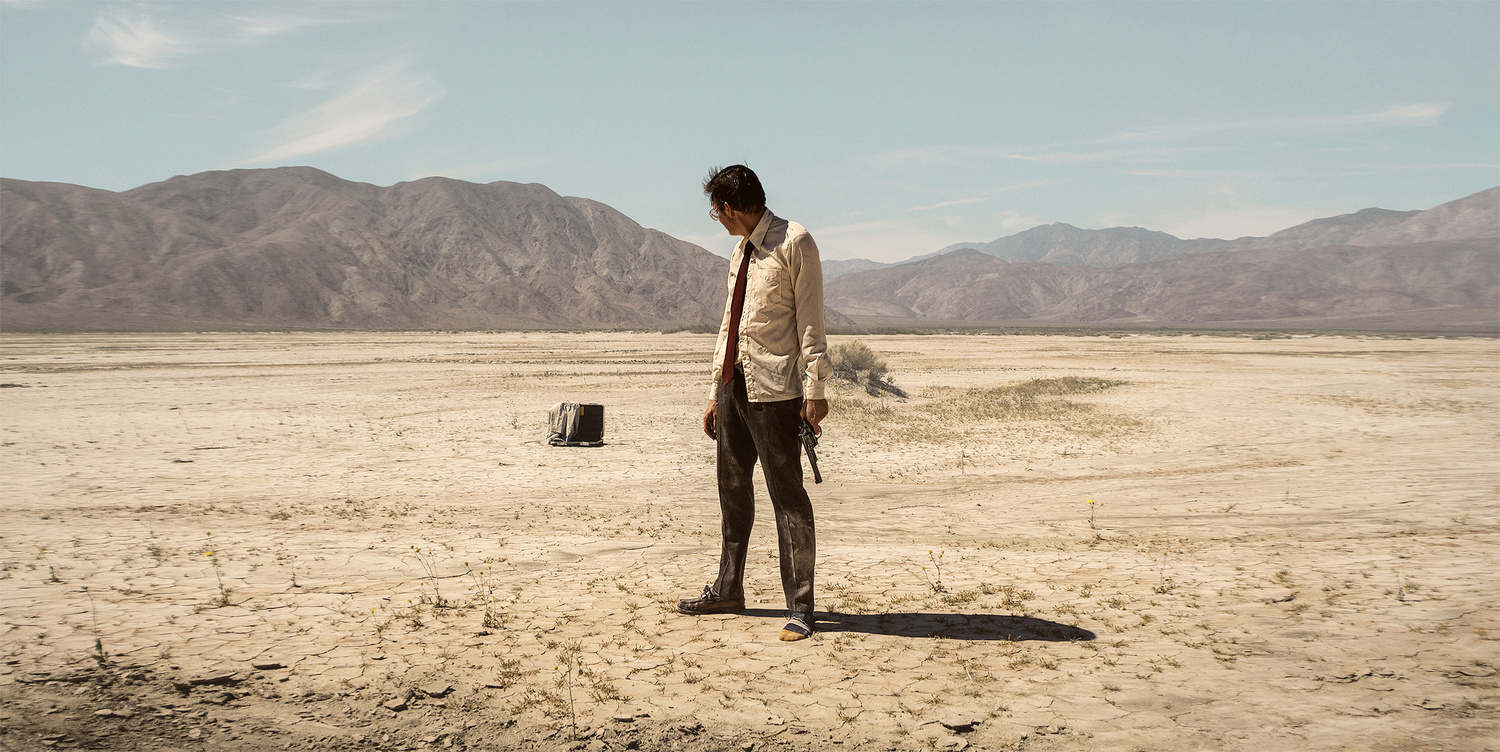 I shot this set as concept art for a short story that Chris (talent: @kettnerphoto) and I are slowly developing. This shot was my favorite of the set. It took about 3 months from concept to execution. I was shopping for a briefcase for about two of those months - as getting a good "in character" briefcase was much harder than I had imagined. All the while both Chris and I were sourcing the rest of the wardrobe from various thrift stores and estate sales. We never did end up finding good pants for him, so he wound up wearing my wool dress pants (RIP). It took so long to shoot because we were disrupted by the infamous California Super Bloom. You couldn’t go anywhere in California for months without seeing poppy marked hills. And in an image where the focus is supposed to be how harsh the landscape is going to be, having a whole world of bright beautiful poppy followers wasn’t going to rhyme. You can still see some residual flowers there on the lake bed.

This location was picked specifically because I wanted to highlight the depth of the harsh environment. The rolling mountains that never end. The only cover is tiny mounds of dirt.a d there’s no clouds, no sign of water. Chris is going to die.

Also for a fun fact, the glasses that he’s wearing were an incredibly strong prescription. And they were making him feel nauseous - and he was struggling to see anything. So that look he giving the briefcase is a legit reaction.

At the end of the project though, this was one of the more simple shots I've ever done. Lit simple, with only a 4x4 bounce card in the mid-day sun. Shot on 35mm with an anamorphic lens. I had been watching lots of Sergio Leone movies, and I wanted to get a "once upon a time in the west" feel. However, people just keep referencing Breaking Bad. I blame it on proximity in time.

There's more over at http://instagram.com/jiggliemon

Fantastic image - for many reasons!