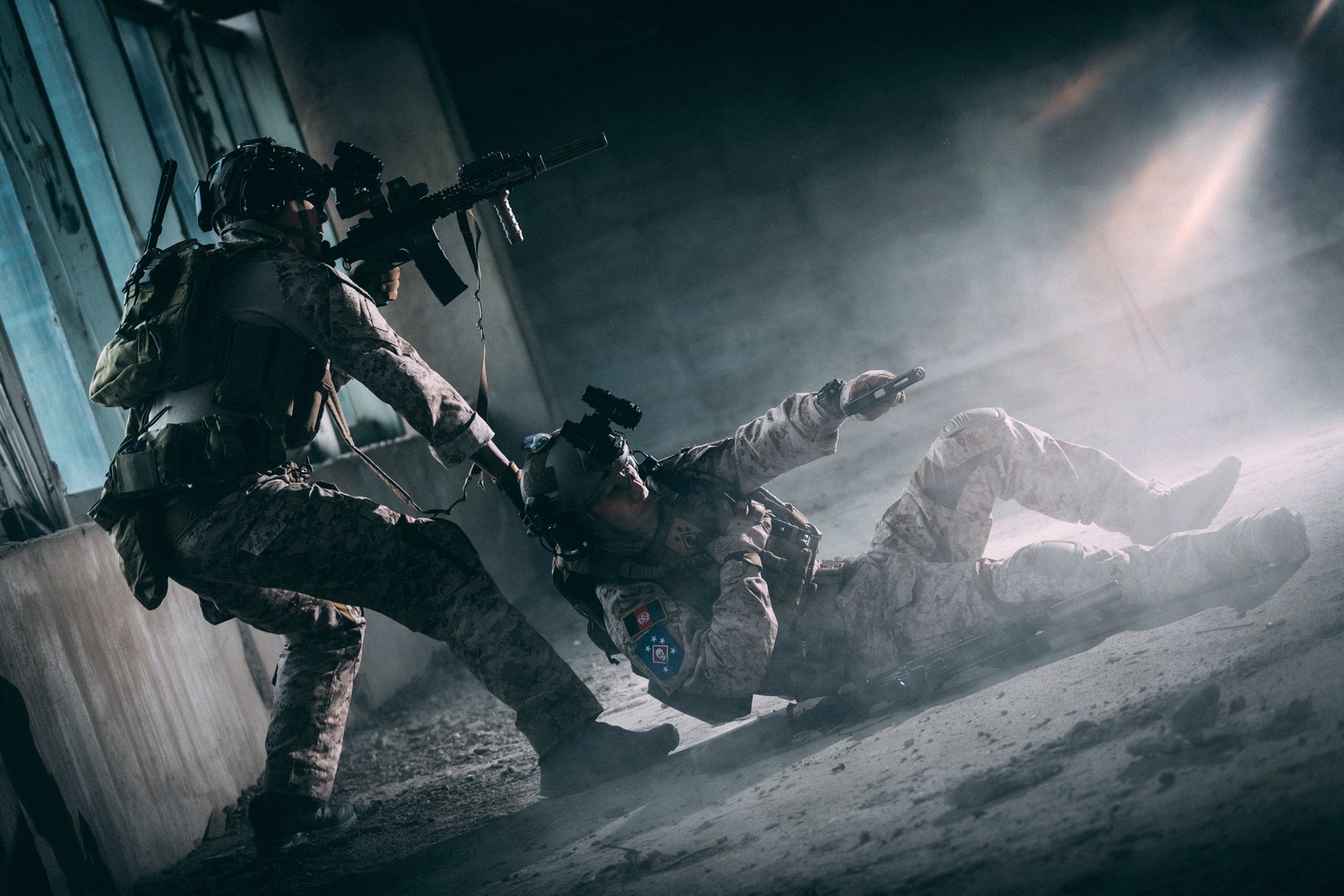 Shot during a game session. The scene I have imagined was that two of the soldiers were trapped and hiding in the abandoned building while the ceiling to right collapsed. So the soldiers were positioning them in an defensive pose and the standing one was trying to pull the injured one away from the collapsed ceiling. An AD200 was used at the top right to create the light peeking through the collapsed ceiling and someone was sweeping the floor to make the dust fly.

It was a very simple setup in terms of lighting but it created some mood.