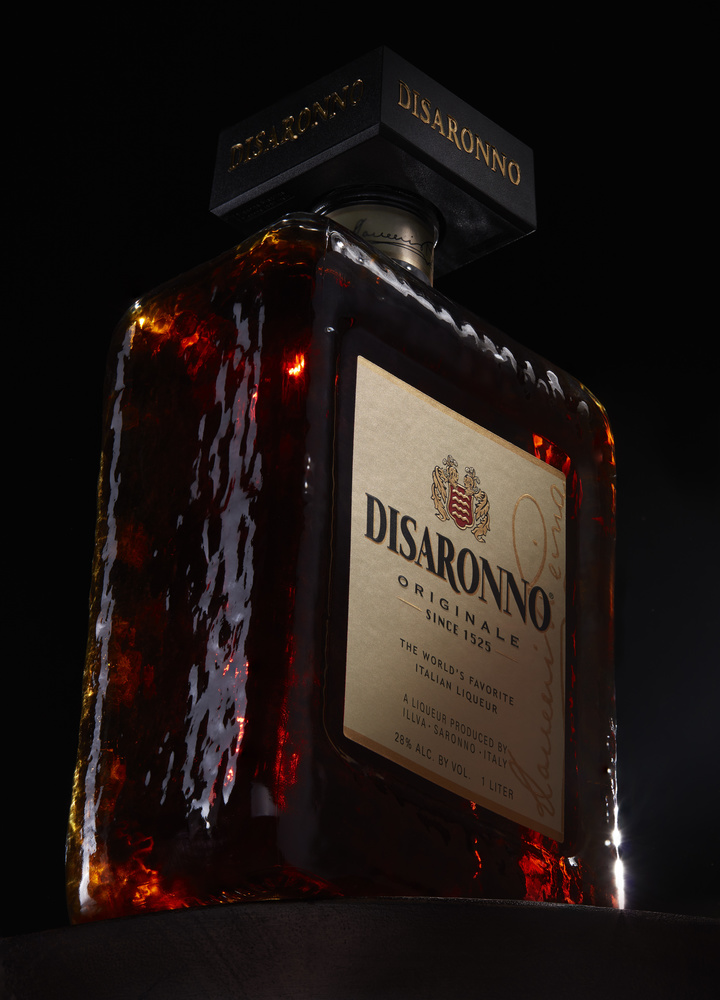 This may be one of my favorite bottles ever. So many great textures and shapes in the cap, to the ripples in the bottle, the raised lettering, the differences in the foil of the label... Wanted to try and show case all of those elements as best as I could.

STRIP BOXES
1st strip,
This light was placed back left of the bottle. I wanted this light to just skim the side, and show off the texture of the bottle and showcase the ripples. This light was also going to provide the light for the left part of the cap. I placed this light low, so most of the light hit the bottom part of the cap. I wanted to play with contrasting highlights in the cap, where the parts that were dark on the left, were bright on the right. This strip box also provided the red cast on the right side of the bottle.

2nd Strip
This light was placed in front of the bottle quite low aiming at the surface that the bottle was sitting on. I wanted a nice gradient to come out from the center of the surface.

REFLECTOR
Next up was getting the front illuminated. The label's texture is quite interesting, it has a sparkle about it. As I was playing with the label light, I knew that the light would need to come up from above to show off the embossed nature of the signature and the other elements. Also that the best way to show the sparkle the label had was to put part of it in shadow. So with this in mind I used a 10 degree grid and placed a flag in front to produce the diagonal shadow on the bottom right. This raise perspective also help complete the goal of flipping the caps highlighted areas.

POST
Per usual this shot is 95% in camera. Just textural clean up and dust removal. However in this case the extreme angle required me to focus stack to to get the image as in focus from end to end as possible. Only color shifts was to the surface the bottle was on. No dodging and burning.

I was thinking this contest was for model based images only. As I've seen a good few "Models" That look like booze... I figured I'd throw one in :)

If you rate... I enjoy feedback so I can understand your vote! Thanks all!

I gave this a two

Thank you for taking your time to submit this image... I see you used a lot of lights however I feel you have over thought this too much...

First thing that took me off was the texture you tried to get by skimming a strip box on the side..

Next is the stop left wording... I know it's engraved but the lighting on that doesn't make any sense.. meaning it cant be read. maybe use the snoot to give more direction to it...

Also I feel the bottle lacks detail of the drink...

This is how I would shoot it

Grid or barndoor on a light for the label to give a dark/light/dark on the label.... and a strip grided softbox from top to give a nice light onto the cap and light it both sides...

That’s for the time to write out why you scored! I feel most of what you said is more preference? one of my favorite aspects is the ripple on the left side. The left cap is intentional darker, it’s the same words as the right part of the cap, I feel it loses the vibe I wanted. And your suggestion on how to shoot... is more or less the same as mine. This naturally could be lit in any number of ways depending the vibe you want. I’m surprised no one has anything to say about the specular highlight in the bottom right of bottle. When back and forth when placing that like on how big I wanted it.

Thanks again for taking the time!