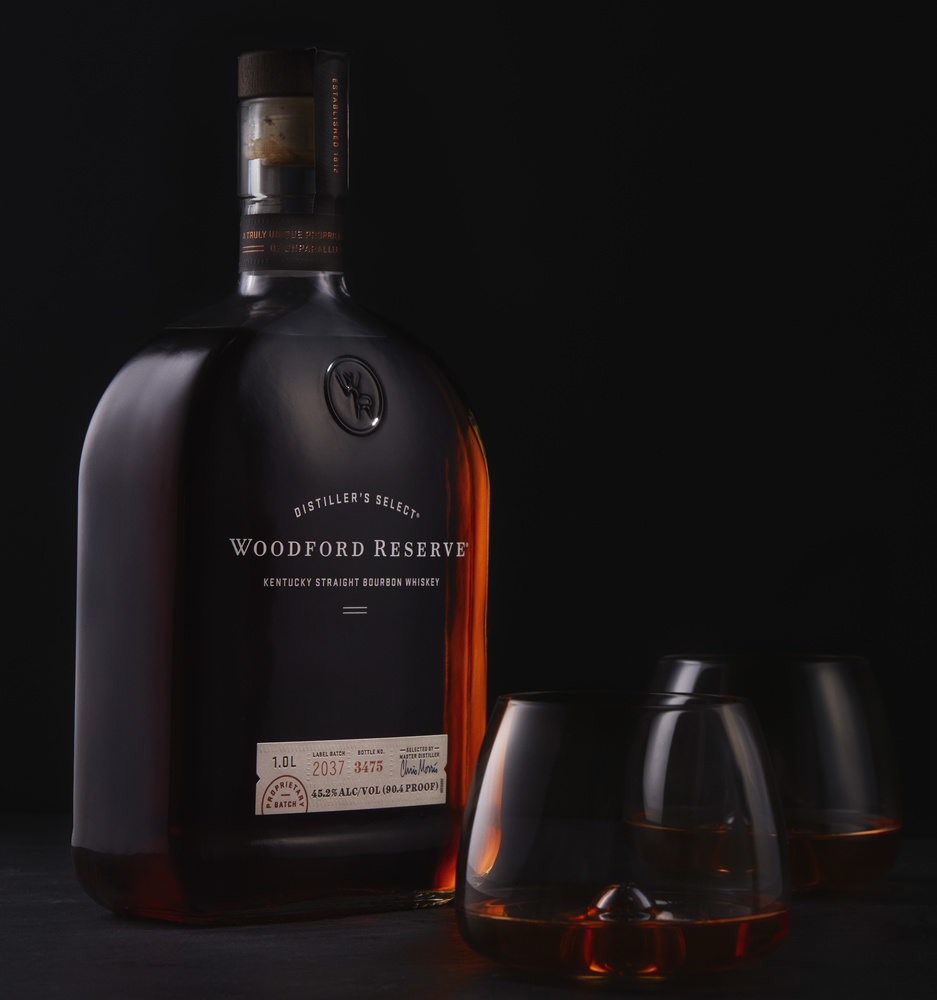 I wanted to this to be a very subdued image, dark with just hints of light.

STRIP BOX and REFLECTOR
As always started with my mood setting lights. In this case it was a strip box to the left side of the bottle, feathered away until there was only a very small strip of light on the glasses and the bottle. Then added diffusion very close to the bottle, which created the gradient going out on each of the glass surfaces. Then added a feathered out reflector to just bring in the brighter red on the bottle.

2nd Strip box was to the right of the bottle to put hard lined highlights to make the WR pop, then softened that light with some pretty thick diffusion close to the scene, then Brough the light back up to finish.

SNOOT,
Same direct as the last strip box, however pointed down from higher up. This made the Woodford in the center go back to white(as previously it was very yellow from only be illuminated from behind) and brought light in for the bottom label and the two bright specular highlights on the diagonal of the WR(That took a minute to get just right)

POST
Just dust clean up in post, played with the brightness of the liquid in the glass just a touch.